@angenieuxlenses Optimo Ultra 12x lens - ready to go out on a commercial with the #sonyvenice These lenses have shot some pretty big films including Suicide Squad, Queens Gambit, Narcos Mexico, and Emily In Paris.

DP Jendra Jarnagin got creative with camera, lenses and lights on the low-budget Asking For It - Cinematography World

An awesome article about Jendra's new film which was shot on Flug's JDC Anamorphics.

By Ron Prince Creating bold visual stylisations to depict a story involving issues surrounding rape culture, the mistreatment of women, not to mention racism and homophobia, but all on a low-budget, with precious little prep time and a tight schedule, called for no shortage of resourcefulness and cr...

The legendary John Fishburn showing off his skills...
Are you going to Flugoween this year if it happens? I think I kind of need another moment like this in my life right about now.... Let us know what you think in the comments below!

George - about to dive into some returns in the lighting dept.

Congrats to @jendradp who's film "Asking For It" opens today in NYC as well as is VOD. Go check it out and support indie filmmakers.

Jendra shot this film on Flug's set of JDC anamorphic lenses.
"We fell in love with the Xtal Express Anamorphic lenses for this film, and had trouble finding any that were available. I was psyched to discover Scheimpflug had a hybrid set, as well as some extreme wide angle lenses that complimented the Xtals. They are unique, special lenses with tons of character. For the film, we wanted to take the audience on a wild ride, and reflect Joey’s (played by Kiersey Clemmons) experience as things got a little surreal. The choice of lenses was a huge factor in the look and feel of this edgy stylized film." 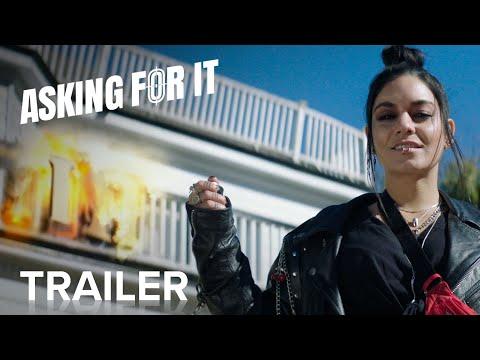 Shot on Flug's JDC's by DP Jendra Jarnigan.
Opens in NYC this weekend - check it out! #SupportIndieFilm
https://www.youtube.com/watch?v=0JvOaeWvxok&t=2s

In Theaters, on Digital & On Demand March 4Vanessa Hudgens, Kiersey Clemons, and Alexandra Shipp lead a no-mercy all-femme gang in this edgy thriller. After ...

The Sony FX6 is now at FLUG. Features a 4K full frame sensor, that has a dual base iso of 800 & 12'800. It's a nice small gimbal friendly package that is extremely capable. Come check it out at Scheimpflug's Camera Dept in Chelsea NYC.

One of our favorite sets in the arsenal at Flug is the Cooke Speed Panchro TLS Rehoused set. The Speed Panchros have a long legacy in hollywood

New Accessories released for the Arri Orbiter yesterday. There is now an inflatable soft tube, a Leko adaptor, a small diffusion globe, as well as a clear glass cover which allows you to fire up the light with no reflector. We've got the Leko adaptors on order - but let us know in the comments section what you guys think you'd use.

Credit card sized LED's that charge in a small case and work wirelessly - are now at Flug. More Garage sale stuff. DM me if you're interested in anything here.

Flug Hell's Kitchen Studio Rooftop is now available as a shooting location. Come check it out anytime. It's been used in a few films including Hustlers with JLo as well as some music videos and commercials.

The Sony FX3 is now at FLUG. It is very similar in function to the the A7S III. From a hardware perspective, you lose a viewfinder and gain both a fan and an XLR adapter box. The addition of the fan means that the camera will be able to roll on without overheating. Overall - it's more of a serious production friendly camera in the shape of a DSLR.
Come check it out.

BTS from a recent project where Flug's 3d studio set up and shipped out hundreds of VR headsets all over the world.

This battery solution ran two Arri Skypanel S60's on full power, a Small HD 2403 monitor, a Macbook Pro, as well as a Small HD Bolt 703 for just shy of three hours. Check it out at FLUG.

The Canon C500 MK2 has a Full Frame 6K sensor that has 15 stops of dynamic range. Check it out at FLUG.

Images out of the Sirui Anamorphic lenses by @blakehornfilm. The set consists of a 24MM 2.8 / 35MM 1.8 / and 50MM 1.8 - with a 1.33x Squeeze. Definitely our least expensive set of anamorphic lenses. I don't think the set will replace our overworked Kowa Lenses, JDC's, or Technovisions - but, it may be an opportunity to get a DSLR to look just a little more cinematic. 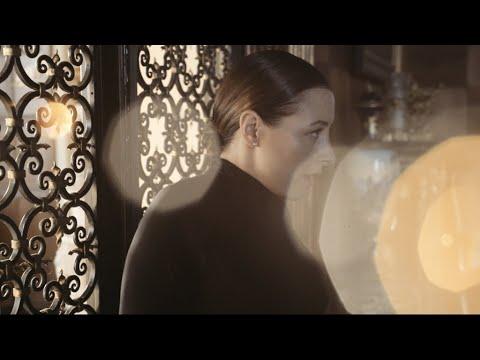 Sigma Classic Art Primes now at FLUG - come check them out in our camera dept. Set features 10 lenses that cover Full Frame, many of them blazing fast such as the 105MM T1.5 which was used by our tech @danielkharlak to produce the portrait images in this post.

BTS during a recent shoot of Flug's Photogrammetry rig in our Hell's Kitchen 3D studio. The rig consists of 125 Nikon cameras controlled by 25 networked computers - each camera focuses on various details of the model, and in the end we produce a 3d model of our subject which can be used for special effects, VR, or AR among other things. The mannequin is our stand-in while we meticulously focus the 125 cameras - she's actually a pregnant / maternity mannequin that looks just like Halsey - we call her.... "Halsey."

FLUG is back to being open seven days a week to better serve you. The Chelsea camera facility and the LIC Lighting facility are both open from 9AM - 5PM Saturday and Sunday. Our repair dept. is also at full strength again, and cranking. Send us your broken lights, and we'll get them working again..... Need more media, a hard drive, and an 18K on a Sunday - we have you covered....

FLUG is having a private garage sale in Hell's Kitchen - The full list of equipment being sold is Here - http://ow.ly/SkMJ50EaIKl
Send us a message, or contact your favorite Flug Team member to make an appointment to stop by if you're interested in anything. It's all got to go!

The Rickshaw Dolly is now available at FLUG - Holds up to 330 pounds, has hydraulic disc brakes, and is fully adjustable. Come and check it out at our camera facility in Chelsea.

Scheimpflug's volumetric capture / 3d scanning studio is now open in Hell's Kitchen NYC. We have been busy producing assets for films as well as video games. On site is also a studio, a beautiful roof / shooting location and a green room / holding area.

Neither snow nor rain nor heat nor gloom of night stays these couriers from the swift completion of their appointed rounds,

Another look at one of our streaming camera kits. We have been disinfecting these and sending them to executives who need them for zoom meetings and live presentations. We have three basic kits - this one being the lower tier, the other kits have larger cameras and lenses. For more info contact our camera dept.

Road warriors are not just in Sturgis right now - we are prepping 70 streaming camera packages to go on the road. There are three basic kits - but the possibilities are endless. If you want to do an amimorphic zoom call - we got you....

"I swore never to be silent whenever and wherever human beings endure suffering and humiliation. WE MUST TAKE SIDES. Neutrality helps the oppressor and never the victim. Silence encourages the tormentor never the tormented." - Elie Weisel (during his Nobel prize acceptance speech 1986)

To all our Flug family - friends - and vendors - please stay safe out there, and always remember that we are here for you and the rest of the community that we are a proud part of.
We have been here all along and will go nowhere.

Be the first to know and let us send you an email when Scheimpflüg posts news and promotions. Your email address will not be used for any other purpose, and you can unsubscribe at any time.

Send a message to Scheimpflüg: 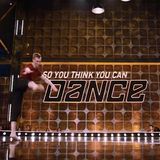 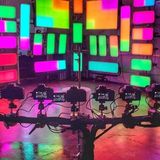 Check out images from our event at Attic Studios at www.flugfilms.com featuring work from Array Operator Joseph Sciacchetano, stills by James Salzano, cinematography by Oskar Peacock Donald Eggert, and Eliot Grigo. Special thanks to the wonderful team at Attic, sponsors at Arri, and our insane #teamflug for making this all happen. 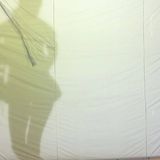 Truck accident in front of Flug

Kah P**n & John Engstrom test the Skypanel S360, which will be coming soon to Scheimpflug NYC.

Team Flug camera dept head Kristine shot in Iceland with the DJI Osmo 4K Raw Handheld Camera - Inside an ice cave at the Breiðamerkurjökull glacier. While there are some kinks this thing definitely opens up a lot of options for stabilized shots in a tiny package. Osmo available @theflug

Test footage from the DJI Osmo Camera which has a built in gimbal. Shot by John in Hong Kong - not meant to entertain as much as show the camera in a variety of different situations and lighting conditions..... This camera was the standard 4K - and not the newer raw camera which we also have at FLUG. More info here: http://www.scheimpflug.com/osmo-pro-raw-camera-rental

#teamflug was down in the National Geographic tents on Canal at Varick for the last week producing hundreds of videos a day of immersive virtual reality user experiences - where the participant pilots a Mars lander and lands it on the surface of the red planet. Video by Alex.

Another fun project #teamflug worked on

This is what you can do with 40 DMX controlled 4' and 8' kino flos. Programming by Team Flug's Rob Toner at the VMA'S. 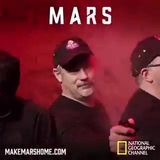 A dedicated team takes a group shot post Great White Shark at 2AM after FLUGOWEEN. 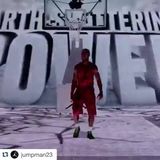 Shot by John Engstrom and Team Flug for Jordan. We lit, shot, edited, and emailed 800 of these videos in three days. We also simultaneously captured three still images from Nikon D800's which produced branded JPGS which were also emailed out to participants. We produced an iPad ap to manage the data entry and capture the participant's email address. 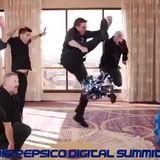 Iris and Lena got the shout out on the morning news

This is a project we did for History Channel's Vikings - if you are at Comic Con in San Diego be sure to check out the bludgeon booth and say hi to #teamflug which is behind the curtain making hundreds of these mini commercials during the event. #fluglife 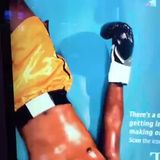 Led bus stops that we worked on are all over the city right now.

is the magical Flugoween happening this year ? :D