Get the whole picture - and other photos from Horror Homeroom

'Therapy for a Vampire' Nails the Look of the Horror it Lampoons https://t.co/uSqfCs0UX5 via @voicefilmclub

When commercials for Mel Brooks’ Dracula: Dead and Loving It (1995) ran on Channel One at my high school, I was ready. Vampire movies had dominated the late ‘80s and early ‘90s, and at last a slapstick comedy was set to lampoon all that arty melodrama. High school me couldn't...

"This weapon will not be put back into the box." — @genmhayden

Get the whole picture - and other photos from Zero Days

BWW Review: THERAPY FOR A VAMPIRE Is Homage To The Thirties

It's lush, it's beautiful, it's darkly, evilly funny, and it's the best vampire film out right now. Vienna in the 1930s has never looked better or been deadlier.

“These 20 films scared us to death over the past 20 years https://t.co/gnIVskT5Uk”

A crash survivor wakes up to a terrifying new reality in scifi thriller Radius https://t.co/cadDdUK4sz https://t.co/INe4QmCPF3

Get the whole picture - and other photos from io9

EXCLUSIVE: Diego Klattenhoff and Charlotte Sullivan have been set to star in Radius, a sci-fi thriller from Epic Pictures and EMAfilms, who previously teamed on last year’s SXSW cult hit Turb…

"a little slapstick and a little dry, like a Wes Anderson ensemble” @LAWeekly on @musicboxfilms #TherapyforaVampire https://t.co/bGAlSs1ZT0

When commercials for Mel Brooks’ Dracula: Dead and Loving It (1995) ran on Channel One at my high school, I was ready. Vampire movies had dominated the late ’80s and early ’90s, and at last a slapstick comedy was set to lampoon all that arty melodrama. High school me couldn't...

Get the whole picture - and other photos from io9

We recently visited the set of Epic Pictures’ latest monster movie (because Epic Pictures monster movie), Day of Reckoning, and we came back with exclusive interviews with stars Jackson Hurst and Nick Gomez as well as director Joel Novoa. Dread… Continue Reading →

‘Mark of the Witch’ Clip Hypnotized Into Letting Go https://t.co/TL6ya29MvV

'Mark of the Witch' Clip Hypnotized Into Letting Go

THERAPY FOR A VAMPIRE - Official Trailer

Norman Lear: Just Another Version of You - Movie Trailers - iTunes

Arguably the most influential television creator of all time, Norman Lear brought primetime into step with the times. His legendary shows, including All in the Family, Maude and The Jeffersons, boldly shifted the national consciousness regarding race, class, and feminism. NORMAN LEAR: JUST ANOTHER V... 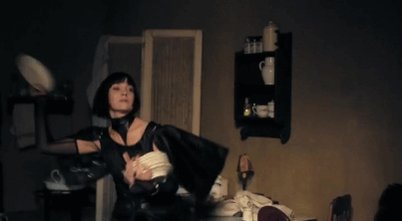 Marriage is hard work. For the Count it means 500 years of dodging plates! #TherapyforaVampire @musicboxfilms https://t.co/eTT28zLnDv

Get the whole picture - and other photos from Murphy PR

Get the whole picture - and other photos from Indiewire

Events to include Spotlight on Israeli Television, Family-Friendly Films and Tribute to Ronit Elkabetz with guests to feature actors directors, and  produc

Get the whole picture - and other photos from Murphy PR 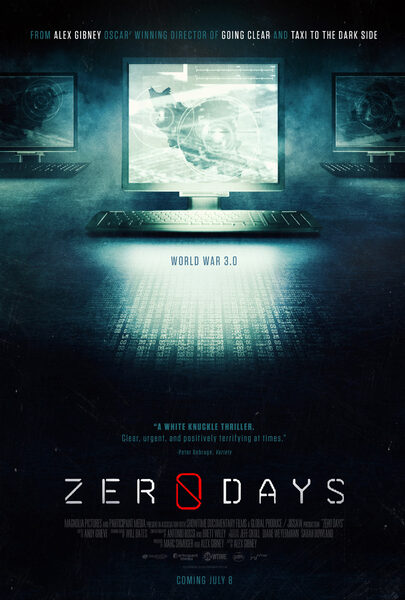 The trailer for "Zero Days" is up.
Zero Days - See the trailer https://t.co/auj2Bz0SoW

The film tells the story of Stuxnet, self-replicating computer malware (known as a "worm" for its ability to burrow from computer to computer on its own) that the U.S. and Israel unleashed to destroy a key part of an Iranian nuclear facility, and which ultimately spread beyond its intended target. I...

Get the whole picture - and other photos from IMDb

Vigilante Pastor Gennadiy Mokhnenko of the @orchtweets’s @almostholy spoke with @good about his work in the Ukraine https://t.co/h90BKNBTZE

“A "vigilante" pastor fights to save his city's children in the face of the Russian Army. https://t.co/b3sx5ikL5M”

“The real story behind #Loving film at #Cannes—the interracial couple who fought to wed https://t.co/nxuWnhPdSS”

Great place to discuss @AlmostHolyFilm over the best pierogi in NYC! Film opens today at at Village East Cinema! https://t.co/Tm5WblJXft

“. @AlmostHolyFilm > powerful new film about a vigilante pastor in Ukraine. Screening Friday. https://t.co/kV1yUndcYw Check it out!”

The fall of The Soviet Union left Ukraine in a wake of social and political upheaval. The crippled economy and corrupt infrastructure produced little hope. However, a pastor and civic leader from Mariupol, Ukraine named Gennadiy Mokhnenko made a name for

Gennadiy Mokhnenko is "Pastor Crocodile," doing whatever it takes to protect the young people of Ukraine from drugs and violence.

Almost Holy has the feel of following an embedded journalist on one of those raw, ground-level views of a problem you'd never considered before but now, by virtue of good reporting, feels urgent and alive. "If there is no action from the top," says Gennadiy Mokhnenko, a Ukrainian pastor who's...

A MUST-WATCH @AlmostHolyFilm opens in theaters this Fri Filmmaker Steve Hoover in person in NY at select screenings https://t.co/SFwh6hHR49

Crocodile Gennadiy is the documentary film from the Sundance winning filmmakers of Blood Brother. Gennadiy calls himself "Pastor Crocodile." He's known throughout Ukraine for his years working to rehabilitate drug-addicted kids. But he's also a vigilante who uses any force necessary to carry out his...

Get the whole picture - and other photos from Shaked Berenson

The modern-day Ukraine depicted by “Almost Holy” is a place of such individual, familial, institutional and moral degradation that it appears on the verge of apocalyptic collapse.

Courtney Love will star in "The Possibility of Fireflies" with Joey King https://t.co/kZtT7y1ZOQ https://t.co/GrkTpCnho6

Get the whole picture - and other photos from billboard

RT @EyeforFilm A pastor tries to save street kids by kidnapping them in Almost Holy (aka Crocodile Gennadiy) https://t.co/1ylWmXSW7P …

Nostalgia is a funny thing. Old people, Gennadiy tells us, often complain that everything was better in the Soviet days. He just misses the cartoons. One in particular, about a crocodile who shared his name, may have been a formative influence. "All time he save somebody," says Gennadiy wistfully. I...

Murphy PR is a New York based public relations and marketing firm focusing on traditional and allied entertainment industries. Founded by marketing veteran John Murphy, the firm creates and deploys media strategies for Television, film, publishing and allied industries. Among current Murphy PR clients are Focus Features, HBO, Overture Films, Rogue Pictures and Oscilloscope Laboratories. The firm offers individual strategic support and media outreach on both a consumer and corporate basis. Highlights of our current theatrical release campaigns include Ang Lee’s Taking Woodstock, box office successes Sunshine Cleaning, Last House on the Left and Sin Nombre. The firm is working on the Sundance hit Burma VJ, Disneynature’s Earth, Gary Hustwit’s Objectified and Strand Releasing’s controversial Downloading Nancy. Notable recent campaigns include MILK, In Bruges, Eastern Promises, The Visitors, The Exiles A Jihad For Love, U23D and Save Me. Past corporate clients include the South Asian Independent Film Festival, Arenas Entertainment, the industry’s only LA based Latino film company, New Fest/The NY Le***an & Gay Film Festival and the Nantucket Film Festival. The firm recently completed the campaign for the History Channel’s hit series Life After People and other marquee programming such as Rome: Engineering An Empire and Taming The Wild West. Murphy PR also worked on the launch of John Tartaglia’s new pre-school television series Johnny And The Sprites along with JoJo’s Circus for Disney Channel. MURPHY PR has successfully represented full slates of films at key film festivals including Sundance, Toronto, Tribeca and The Hamptons. Highlights of past festival campaigns include Eastern Promises, Starting Out in the Evening, Girl 27, Children of God, Liza With A “Z”, After Innocence, Gay S*x in the 70’s, Unknown White Male and Land of Plenty. Murphy PR also consulted with The Betty Ford Center announcing the ascension of Susan Ford at the pioneering rehabilitation center. The company also consulted on the expansion of the Beauty Bar Franchise. Twitter Page: www.twitter.com/murphypr

Be the first to know and let us send you an email when Murphy PR posts news and promotions. Your email address will not be used for any other purpose, and you can unsubscribe at any time.

Send a message to Murphy PR:

This is awesome for you Mykah! I always knew you would acomplish your dreams and goals and this is just the beggining. For all i know you will be in the news or a movie with all the tallent, will power and drive you have. Its great to see you do what you like and want in life :) Way to go! Keep it up and i will be sure to spread Murphy PR to every one I know...and they will like it even if they dont know it yet. LOL
http://www.youtube.com/watch?v=VZ4A18iLMnA
Almost 1600 Even the Rain facebook fans. The 1600's were when the Spanish were colonizing! Ironic. Suggest this page to your friends so we can get up to 166. We only need one more fan. But can we get to 2000 by Friday? Take Back the Tap Water.org Murphy PR
The love of God is superior to religion and it is the essence of all religions. Whereas the light of God is the guiding and illuminating lantern of the path
WNSR's interview with Michael Stuhlbarg is now posted: http://newschoolradio.org/