On tonight's episode of ...

Exciting News! Magilla Entertainment is bringing you a spin-off series Moonshiners: American Spirit on Discovery with some of your favorite 'shiners!

Premiering April 13th, the new series follows Moonshiners stars Tim and Howard as they trek across the U.S. to rediscover legendary liquors lost to time, unearthing dusty bottles and hidden recipes as well as rebuilding ancient pot stills with their fellow moonshiner, Tickle.

Full exclusive article below from Realscreen.

Discovery will delve into the history of American liquor in a new spin-off of its Moonshiners franchise, Moonshiners: American Spirit, which launches on the network on April 13. The new series follows ...

Exclusive out on Deadline Hollywood today!
Magilla is excited to be partnering up with Sugar23 to develop unscripted magic.


EXCLUSIVE: Michael Sugar’s Sugar23, which is behind scripted series including Dickinson and 13 Reasons Why, is ramping up its unscripted business with a partnership with Moonshiners producer Magill…

“People say I taste too much…”
“Nooo… who would say something bout that to you?”

Catch all new episodes of and - Wednesdays starting at 8/7c.

All new episode of TONIGHT 8/7c on Discovery!

Craig and Richard serving up a new dessert for us!

Tune in, TONIGHT, Wednesday at 8/7c on Discovery.

Catch up on all your favorite Moonshiners and moments on discovery+.

Wednesdays at 8PM on Discovery and discovery+ links.discoveryplus.com/moonshiners

Moonshiners | Tequila from the Heart

Moonshiners | Tequila from the Heart

Head on over to Discovery TONIGHT for a new episode of - followed by a new - all starting at 8/7c!

REPOST from our host with the most and one of ‘s very own! - “A room with a shiners view! If you need something to watch tonight at 10est on i have the show for you… the Secret Summit. I’m bring the whole gang together to talk Mid Season Moonshiners action!”
•
Tune in for all new episodes of and as well🔥Everything starts at 8/7c only on

They’re back! New episode of TONIGHT 8/7c on Discovery

New episodes next Wednesday, January 5th!
In the meantime, catch up on all your favorite moments on discovery+

New episode of starts soon!
Tune in 8/7c in Discovery!

Wednesdays at 8PM on Discovery and discovery+ links.discoveryplus.com/moonshiners

Pop the bubbly?! It's time to start celebrating.
Tune in to an all new Moonshiners and Master Distiller, TONIGHT, Wednesday at 8/7c on Discovery and discovery+!

TONIGHT! 8/7c on Discovery and discovery+.
All new , and

🥃 Wednesdays at 8PM on Discovery and discovery+ links.discoveryplus.com/moonshiners

Tune in for all new episodes of and TONIGHT, 11/10 starting at 8/7c - followed by another episode of .

Marry Your Mom | I Love A Mama's Boy

The season finale of gets a bit heated…
Tune in TONIGHT, 10/9c on TLC

Moonshiners | All Corn, No Sugar

Things are really firing up on !
Tune in TONIGHT for an all new episode, 8/7c on Discovery.

TONIGHT! and are all new episodes.

Moonshiners | Tickle's not lazy at all!

TONIGHT! 8/7c on Discovery - tune in for an all new season of and ! Followed by .

3 whole hours with all your favorite shiners every Wednesday!

Meet the Moonshiners of Season 11

Get to know all the of Season 11 before tonight's season premiere at 8/7c on Discovery!


A look at all the Moonshiners you’ll be seeing throughout the all-new season that starts Oct. 27 at 8P on Discovery and streams on discovery+. It’s boom time for moonshine!

Moonshiners | Run-ins with the Law

All new season starts tomorrow, Wednesday, 10/27 at 8/7c on Discovery!

Check out our season 11 ‘shiners!
Tune in to the series premier Wednesday, October 27th - followed by a new season of & !
Only on Discovery.

Be the first to know and let us send you an email when Magilla Entertainment posts news and promotions. Your email address will not be used for any other purpose, and you can unsubscribe at any time. 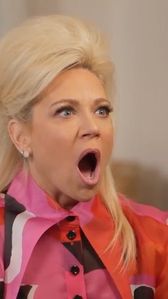 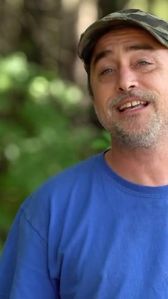 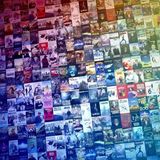 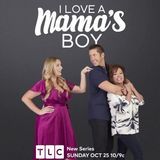 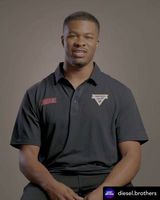 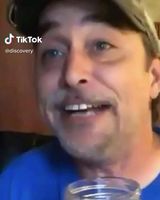 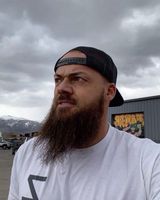 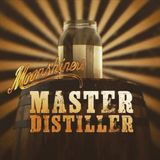 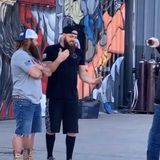 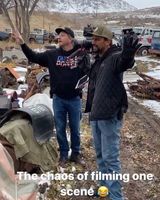 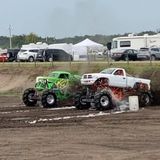 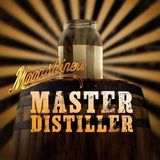 Magilla Entertainment has enjoyed near unparalleled success from a diverse portfolio of over 45 separate and unique series including hit shows such as Discovery’s Moonshiners and Diesel Brothers, TLC’s Long Island Medium and HGTV’s Beach Front Bargain Hunt franchise which generated three spin-off series. Magilla vigorously produces content across the non-scripted spectrum such as their two recent docuseries for History Channel: American Ripperand the three-part mini-series Cars That Built America.

About one year ago, our very own Tyler Glasser competed on Master Distiller, a competition distillation show on the Discovery Channel.

“I took a lot of knowledge away from the experience because of the simplification of tools we had to use like a propane-fed direct fire still. I learned that less is more when it comes to flavoring agents when making brandy. I also took away that many backwoods moonshiners can make liquor just as good as any professional distillery.” - Tyler Glasser

Discovery discovery+ Magilla Entertainment
i work for the biggest asphalt company in va ,i am wondering if a show can be developed about our company,,,
Hello I'm from Oklahoma, I NEED to be on Master Distiller, I cant explains enough how it's all I do, Please help me make this happen
TYIA,
Moonshiner Jay Jodie
RIP Popcorn Sutton
Casting call from Magilla Entertainment!
EXCLUSIVE: American distillers will go head to head in Discovery Channel's new “booze-making” competition series "Master Distiller," from New York-based Magilla Entertainment
Our tasting table ... prepared ready for our guests ... join us in store for your very own tasting plate ...a great lunch ...