- Award winning musical theater writers
- Dedicated to stories of equality
- Support our cause through the creation of the FREEDOM RIDERS album.

Ushered into a dark, back-alley bar like those you might find in New Orleans, patrons are invited to participate in a transformative ritual that finds Francis, their bartender and amateur magician, channeling some of his heroes.

The third song from FREEDOM RIDERS: The Civil Rights Musical captures the moment the riders’ bus was bombed on May 14th, 1961. This is a quick “Behind the Music” look at the creation of that song, “Remember Me”.
💿
The album is available everywhere you get your music and broadwayrecords.com

“Upside” is the second song in FREEDOM RIDERS: The Civil Rights Musical. It’s sung by the John Lewis character.
💪🏾
Here is a small look “behind the music” on the creation of “Upside”.

How do you write an opening number when you’ve never written a musical??
🙋🏾‍♂️🙋🏻‍♂️
“Ride to Glory” is our opening number in FREEDOM RIDERS: The Civil Rights Musical. Here’s a behind the music look at how we approached it.

Over the next month we will be sharing with you “song by song” interviews and footage to give you a deeper look at the creation of Freedom Riders: The Civil Rights musical.
🎭
Today would be a wonderful time to listen through the amazing soundtrack we put together with @bwayrecords before we begin! (Link in bio)
📸
@ryanrivermedia caught these moments on our way to the studio to record the album.

A lot of interviews recently have asked us how the two of us met. It was back in 2009 while we were both working at Lambs Players Theater in San Diego. This is the first photo we ever took together!

How do we write a Christmas song… 🤔

After writing FREEDOM RIDERS and releasing the world premiere recording this year, we had to ask ourselves… what’s the recipe for a great Christmas song?? 🤔

Regardless, Merry Christmas and happy Holidays from us to you! Maybe gift someone with a surprise download of the FREEDOM RIDERS album!

We were happy to interview with SanDiegoUnionTribune.com for a feature in todays paper. We’re talking bringing FREEDOM RIDERS home to SD!

We’re partnering with @freedom_riders_nps to release an entire filmed concert production of FREEDOM RIDERS this Friday!
-
The concert was filmed in Anniston, Al earlier this year to commemorate the 60th Anniversary of the Freedom Rides.
-
The concert was filmed in the remains of the Greyhound bus station where the riders were attacked exactly 60 years prior. The site was memorialized by Obama and is now the freedom riders national monument. The green walls and green tile floor you see behind our performers are the outline of where the “whites only” bathroom once stood. We now reverberate songs of the freedom riders victory in the same location violence once existed.
-
The concert is performed by 9 of our cast members under the musical direction of @stevenmcuevas

The world premiere recording of FREEDOM RIDERS: The Civil Rights Musical is 25% off today on BroadwayRecords.com! (Plus all their other Broadway shows)
-
Happy #CyberMonday ya’ll!

Watch a music video shot at the real-life bus station where the freedom riders arrived back in 1961, now a national monument.

The world premiere recording of FREEDOM RIDERS: The Civil Rights Musical is out now!
🚌💽
Follow the link in our bio to listen to this amazing cast!

Remember this video? So many people have asked for an album since then and had to wait. But waiting time is OVER!
🙌🏿🙌🏻
The world premiere recording FREEDOM RIDERS: The Civil Rights Musical comes out on Broadway Records and NY Theater Barn Records November 19th! 💽🔥

The FREEDOM RIDERS: The Civil Rights Musical is just around the corner!
🚌🙏🏿🙏🏻
Does @brynnwill has some regrets? 🤔😂

Get ready everybody! November will be a month of non-stop FREEDOM RIDERS content! #AlbumDrop
@bwayrecords @newyorktheatrebarn

Richard Allen’s family came to visit the team in the studio as they record Freedom Riders: The Civil Rights Musical World Premiere album with Broadway Records and Studio West and The Recording Arts Center!

Pictured is Richard’s mother, Valerie Johnson Allen who decided to become a rockstar while visiting!

Marching and singing down the same street of Anniston, Alabama where the freedom riders where attacked by white nationalists 60 years prior.
It was good listening to the song reverberate off the walls of all those same buildings.
✊🏾✊🏼
We’re still raising the funds to put all this music on an album before the end of the year! Consider supporting the legacy at https://www.gofundme.com/f/freedomriderscastrecording?utm_medium=copy_link&utm_source=customer&utm_campaign=p_lico+share-sheet

This is a rehearsal from the opening number of FREEDOM RIDERS back in 2016 for the New York Musical festival.
🎭🎟
The strength of a 21 person cast matched with the vocal of @mykalkilgore and the choreography of Jon Rua created a special and powerful moment.

Reminiscing about the summer of 2017 when we took FREEDOM RIDERS to the New York Musicals Festival. Here’s rehearsal footage of that performance from the song “Nothin But Nothin”.

This spring we traveled to Anniston, Al for the 60th anniversary of the freedom rides. On board one of the buses that the riders rode, we had the opportunity to sing “Freedom Song” from our show, FREEDOM RIDERS: The Civil Rights Musical.

On Monday we’ll be premiering the first video from our FREEDOM RIDERS 60th Anniversary trip to Alabama.
🚌
Till then, here’s a sneak peek.
#GetOnTheBus

Tomorrow and Saturday we bring you a reimagining of The Princess and the Frog! Here's the news from Broadway World!

Award winning composers Richard Allen and Taran Gray are presenting a reimagining of Disney's The Princess and the Frog on Clubhouse June 18th and June 19th in celebration of Juneteenth and to raise money for Harlem Performing Arts Academy - Harbor Boys and Girls Club.

"Thick of Love" The Princess and the Frog Live on Clubhouse!

Our original love duet between Tiana and Naveen performed by the Green and Purple casts of The Princess and the Frog Live on Clubhouse!

ALL the Black girl magic! Watch both our Tiana’s (@lyricallyee and @kalaross) perform our new original opening number from THE PRINCESS AND THE FROG exclusively on Clubhouse June 18th and 19th.

Be the first to know and let us send you an email when Allen & Gray posts news and promotions. Your email address will not be used for any other purpose, and you can unsubscribe at any time.

Send a message to Allen & Gray:

How do we write a Christmas song… 🤔 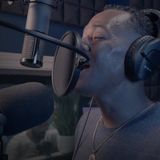 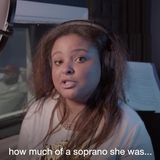 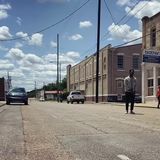 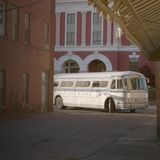 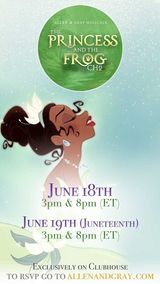 "Thick of Love" The Princess and the Frog Live on Clubhouse! 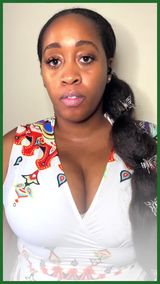 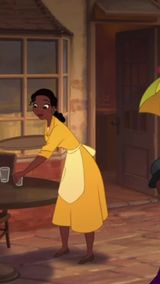 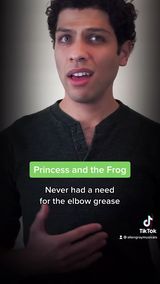 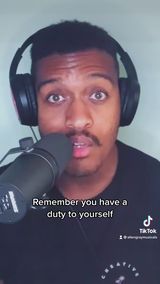 Powerful and soaring! Catch a preview of "Freedom Song" from "Freedom Riders: The Civil Rights Musical" by San Diego's Allen & Gray. The music will be featured at the June 17 opening of the San Diego African American Museum of Fine Arts "Freedom Riders" exhibition at the East Village Quartyard.
Do you remember the #FreedomRiders? They're a part of not only American history but Greyhound's, too! From May 4 to December 10 of 1961, these Civil Rights activists rode interstate buses to challenge segregation in the southern states. We're proud to partner with Allen & Gray in their musical reenactment of the Freedom Riders!
The San Diego African American Museum of Fine Arts announced its next exhibition "Freedom Riders" which opens on Juneteenth 2022 at the Quartyard in East Village. The exhibit, originally set to commemorate the 60th anniversary of the 1961 actions, gives voice to more than 400 mixed-race civil rights activists who filled 60 buses and rode them into Southern states to protest illegal segregation on public buses. The college-age activists were often beaten and arrested, in that order, but their black and white mug shots have lived on as badges of courage. Museum Executive Director Gaidi Finnie is collaborating with the multi-award winning "Freedom Riders: The Civil Rights Musical" by Richard Allen and Taran Gray of Allen & Gray. The pre-Broadway soundtrack debuted yesterday on all streaming services and may be purchased through Broadway Records at broadwayrecords.com/studio/freedom-riders-the-civil-rights-musical-world-premiere-recording-mp3.
Official artwork has been approved! THE PRINCESS AND THE FROG a reimagining of Disney's The Princess & the Frog, exclusively for Clubhouse! Premiering June 18th & 19th FROM THE CREATIVE & PRODUCING TEAM OF Allen & Gray WHY WE'RE RE-IMAGINING IT We're big Disney fans, and the original movie is great! But let's face it, we've all been through a lot socially since the 2009 film and we believe that a Black story should reflect a Black experience. So with Richard Allen at the helm of the re-write with a team of male and female BIPOC producers, we're excited to rediscover this amazing princess fairytale! DIRECTED BY Talia Moore & David LaMarr STAGE MANAGEMENT Benjamin A. Vigil ARTWORK BY Sherita M. Carthon AUDITION INFO May 1st & 2nd on Clubhouse. Prepare a short selection using an instrumental/karaoke track showing range. To submit head over to www.allenandgray.com & look for "The Princess and the Frog" on the top left. Submissions are due by April 30th.
A huge thank you to Richard Allen for gifting me the latest version of Final Draft. Soon, I’ll be able to crank out some masterpieces like Allen & Gray’s FREEDOM RIDERS, which is being put on tonight by the New York Theatre Barn.
Catch Prep students @GabrielAmoroso_Official & @Brayden.Morgan_ LIVE on Facebook tonight on the Allen & Gray page! They will each be singing a song from the new musical Saint Stephen & the Children's Crusade by Sam Sultan. Allen and Gray New Voices Concert starts at 8pm; they will perform around 9pm ET. 🎙⭐🎙 We are so proud of Gabe and Brayden's hard work on this project! They both work weekly with Jessi Clayton on vocal technique, acting technique, VO, self tapes, and song book building. They also both double up on training at The Prep, taking classes and private lessons with other instructors. Special thanks to @croninbobby for the introduction to @buddha_piggy! #PrepKidsRock #ThePrepNJ
On Tuesday morning (AEST) Allen & Gray New Voices: A Concert Series will feature performances of two of my new songs from The Oldest Profession! Book & Script by Nicole Anne, Music & Lyrics by me and orchestration by John Tweed. Watch this space for updates! 🎶🎭🎶🎭🎶🎭
______________ Baking Championship season is upon us.
Tonight, check out new work from these writers on Allen & Gray's FB page (5pm LA/ 9pm NYC): #newmusicals #ALNM
Really looking forward to performing some originals for Allen & Gray tomorrow morning at 10:00am (Australian EST).
Don't miss tomorrow night's grand finale of the Allen & Gray Musical Festival: Freedom Riders: The Civil Rights Musical starring Anthony Chatmon II and Brynn Williams. Ticket proceeds benefit Broadway Cares/Equity Fights AIDS and Broadway for Racial Justice. https://www.eventbrite.com/e/freedom-riders-a-civil-rights-musical-presented-by-allen-and-gray-tickets-106693938442
Don't miss alumnus Deon'te Goodman's portrayal of civil rights icon Bayard Rustin in an online reading of the new musical “Bayard." The reading will be streamed live on Wednesday at 8 p.m. as part of Freedom Riders: The Civil Rights Musical's festival. Details: #UNCGWay