rubberband. is a directing duo. the duo is comprised of jason sondock and simon davis. i


Creative consulting by Dave Free for


Creative consulting by Dave Free for

Starring
and founder of the Hammadoun

Creative consulting by Dave Free for

“DRY” for direct by rubberband, written by

CHANEL - The Drums
Directed by

Bleu de Chanel by
For

Written/directed/produced by .
A production
In association with
For

wrote this truly lovely op-ed for on our Cold Blooded Creatures video. Continually grateful for our collaboration.

Stills of for + photography by art direction by styles by asst. digital director for CRMENS Cr producer

A short film for the Fondation Cartier pour l'art contemporain
Love to everyone who made it possible and thanks to the city of Shanghai, a truly unique place.
Directed by us
Edited by
Shot by
Music by
Sound design by
Color by
Starring 曹晏豪 Yen Tsao + Huan Zhao
Comissioned by for NOWNESS
Production company
Executive producer
Head of Production Matt Leiderman
Co-Producer
Production Services: PUSH
Production manager: A Constant Change
Special thanks to Whitehouse Post NOWNESS

Pleased to share our anthem film for our + + campaign. Link in bio. Love to everyone involved.
CD
Art Director
Editor at
Stylist
Campaign Production
Production Company
Executive Producer
Cinematography by
Color at with the assist by Briana Brackett
Special thanks to and for the stock
Directed by 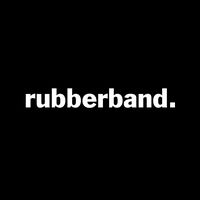 Premier and interview with Stolar on his new track "Feel Good"

Check out the latest from director Josh Sondock. We had the pleasure of producing this cool video:

Alongside the video's release, Stolar has announced the title and date of his upcoming EP

Rubberband for Under Armour Sportswear

Much love to the entire gang over at Simpatico!! Excited to share, rubberband is officially represented domestically for commercial production by The Reserve Label

Our latest project, a short film for Under Amour Sportswear. Creative direction by Tim Coppens.

The coolest guy around. New work coming soon for .

Excited to share that our Topaz Jones video was selected as one of IMVDb's best of November!

Any friends in Amsterdam this Friday be sure to stop by the opening of ROOM4.

We are excited to be showing work by Michelle Carolina Levie Sophie Luo and Rubberband. at ROOM4 in Amsterdam this Friday! Stay tuned for more.

Lots of love to the wonderful folks at NOWNESS for another Directors Pick for our Topaz Jones video. 💖💖💖

The Vimeo link is live!

We had so much fun with some of our best friends. I wanna thank our friends Daniel Miller and Max from Lewis Del Mar for letting us run a little crazy with this. We loved collaborating with you fools and look forward to more down the road. Saul Levitz thank you so much for taking a chance on a weird idea with no time to spare. We love you. Sam Cutler-Kreutz thank you for your continued brilliance and making us look good. It is so cool to be able to do this with all you guys. Kim Jarrett & Sam Davey ya’ll are our guardian angels from across the pond. Thank you so much to Raven Jensen our lovely and talented co-producer. when Simon, Sam and I talk to quickly, you were able to translate and keep us in check. Thank you to Anthony Konigbagbe for you’re beautiful art direction. Thank you to Bryan Smaller over at Company 3 for gracing us with the dopest grade known to man. Thank you to Savage and Andreas Aresti for your costume work, and not getting upset when we got paint on everything. Thank you to Veronica Pomilla the life blood of our set and Eloisa Santos for you’re grace and kick ass attitude. Last but not least thank you to our beautiful and incredibly hard working crew!!!! Larry Kahwaty Josh Depew Zoë Yi Brandon Sumner Colin Bonilla Shaun H. Kim Tyler Harmon-Townsend Jonathan Alvarado Rachel Kessler Adam Mantell Spencer Forgham-Thrift Rachel HG Ryan Shoemaker Peter Calcino Mike Neilson Mike Livi

Also, obviously shouts to Meghan Oretsky for the vimeo love and AFROPUNK for the love and the write up.

Our Goldlink triptych was staff picked 2 weeks ago. Lots of love to Sam Cutler-Kreutz for making one of the most beautiful pieces of 35mm cinematography come to life, Josh Sondock for sticking by us and producing this at the ripe age of 18. Thanks to GoldLink, Ramya Velury, and Henny Yegezu for taking a chance on us. Thank you to the beautiful person outside and in Chasity Samone. Thank you to Kojey WordsWorth Kojey Radical for the beautiful words. Thank you Lyna Zr for the styling and art direction. A final thank you to our friends at Vimeo jeff bowers Clams Durkin Sam Morrill and Meghan Oretsky for the love. Your platform has truly been an inspiration for us and to be a part of it makes us proud to be creating, sincerely.

KING KONG MAGAZINE | a walk through the night

our recent fashion film for King Kong Magazine. Much thanks to Gary Lockwood & Andreas Aresti for giving us the opportunity to go a little weird with this one. Anthony Konigbagbe for the amazing art direction. Daniel Lonner and Late Night Episode for the score. Joey George and Maki H. for the incredibly hair and make up. Sarah Abney for absolutely killing this, along with .weglarz, Turner Barbur and Griffin Reed. So much love to The Wall Group, Fusion Models NYC, Thom Browne, and MAC Cosmetics for making the whole ship run. Thanks for not forgetting that not to long ago we were "generally devot[ing] themselves to directing darkly atmospheric music videos for artists such as Oyinda and Kid Ink, imbue the film with a brooding romanticism" Definitely never got a write up like that before.
Video here, article after.

Be the first to know and let us send you an email when Rubberband. posts news and promotions. Your email address will not be used for any other purpose, and you can unsubscribe at any time.

Send a message to Rubberband.:

the language of Calvin Klein

a found poem is one that is created using only words, phrases, or quotations that been selected and rearranged from a pre-existing source.

💐new chapter, new music this wednesday 💐 also premiering a new video on YouTube at 10am PST/1pm EST, and hosting a release party w performances on IG Live at 4pm PST/7pm EST.
see you then 🌐🌐

https://www.videoclip-italia.com/2019/10/13/mormor-some-place-else-rubberband/
Take a look at "Cold Blooded Creatures," a new music video from AlunaGeorge ft. Bryson Tiller that can only be summed up as 🔥, from the directing duo of Rubberband. who teamed with cinematographer Sam Cutler-Kreutz and Nice Shoes colorist Gene Curley to infuse the piece with a rich and dramatic color palette.
Watch OffSet try his hand at IKEA furniture in this film from director's Rubberband. & editor Nate Katz for CR Fashion Book. Check it out »
🎞💛❤️