Like us to keep up with the best Staten Island news, information and conversation. Follow on Snapch

From the North Shore to the South Shore, and everywhere in between, we’re taking a look at real estate prices across the borough. Next stop: Huguenot. Story here ➡️ https://l.silive.com/Fud4BY

Soon more parents and caregivers than ever before will be able to board New York City’s buses with open strollers. Story here ➡️ https://l.silive.com/zSZ02s

The Razzies will no longer "award" minors with bad acting and filming honors.

The entertainment organization known for naming the worst movies and performances admitted it was a mistake.

Counting to 100 and more: So just how smart is this 4-year-old from the United Kingdom?

The Count from Sesame Street is definitely impressed.

Teddy Hobbs is Mensa's youngest member from Britain, according to a recent report. Here's a look at what he can do at such a young age.

The deadline for purchasing a ticket is 9:45 p.m. on draw nights.

An annual fall coronavirus vaccine could be on the horizon for healthy adults, as the FDA proposed this week that all Americans receive one, similar to its support of an annual flu immunization campaign. https://l.silive.com/YuPNZo

The actions could result in as much as a 24% to 27% reduction in exposure to lead from these foods.

Here are the details on the latest recommendations.

Groundhog Day movie: How to watch, rent or stream before the 2023 prediction

Here's everything you need to know about how you can catch Bill Murray's classic film "Groundhog Day".

Which used cars saw the largest price drop over the past year?

On average, prices decreased 3% over the past 12 months, according to a new report.

HAVE YOU SEEN HER? The NYPD is asking for the public’s help to find Sophia Johnson, 13, who was most recently seen on Saturday around 6 p.m. leaving her home in Port Richmond. Story here ➡️ https://l.silive.com/QnxQ0X

Get outta here, New York City rats. Our hens are living it up with this garbage on Staten Island. https://l.silive.com/61GjOZ

Driver of BMW sentenced in drunken crash on Gowanus that killed S.I. woman, 30

Karen Diaz of Greenridge, who died in the March 2021 crash, was described as “full of life” and a “beautiful soul."

A Jewish family fleeing the N***s sold a Picasso in 1938. Their heirs want it back

The family is seeking the painting's return or compensation commensurate with its current market value estimated between $100 million and $200 million, according to the suit. (Via CNN)

One of Pablo Picasso's Blue Period paintings is at the center of a lawsuit between a Jewish family and New York's Guggenheim Museum.

Where are housing prices increasing? Study reveals which states are seeing a real estate spike.

One state has seen house prices rise 19.9% in the past year, the highest increase of any state. Any guesses as to which one?

According to recent data, the price of property in some locations has risen almost 20% since last year.

The population over the age of 65 on Staten Island grew 67% from 2011 to 2021 — the highest rate in New York City and the second highest in the state.

Have you seen him?

The man was most recently seen in the vicinity of David Place and Pulaski Avenue.

By law, the ferry is supposed to operate 24 hours a day, 7 days a week, with rides at least every 30 minutes. Once again, the Staten Island Ferry is breaking the law.

“By the time the vehicle is found, [the perpetrators] are long gone or the vehicles are never recovered."

Most popular restaurants on Valentine’s Day. Or so says GrubHub.

No. 7: Baci of Staten Island

The 20-year-old man is accused of numerous crimes.

The 2017 Mercedes-Benz with excessive tint was reported previously stolen out of Yonkers, police said.

The girl was most recently seen in the vicinity of Simonson Place and Post Avenue.

A video shows the superintendent making an announcement during a board meeting.

In remembrance of those who have died, here is a collection of obituaries posted on SILive.com.

Could TikTok be banned in the U.S.? Senator’s legislation says it threatens mental health.

Calling it “China’s backdoor into Americans’ lives,” the senator said that TikTok “threatens our children’s privacy as well as their mental health.”

Here's what you need to know about the bill, introduced by a congressman from Missouri.

After already having been jailed since 2018, she's expected to be released in a few months.

While facing charges for her husband’s death, Velazquez filed a bombshell million-dollar lawsuit in 2020 against the city and the NYPD.

Pope Francis says homosexuality is not a crime

The pope said gay people must be welcomed and respected, and should not be marginalized or discriminated against.

“We are all children of God, and God loves us as we are and for the strength that each of us fights for our dignity," the pope said.

Staten Island is expected to experience flooding and gusty winds in the evening.

Paris Hilton Is a Mom! Star Reveals She and Husband Carter Reum Have Welcomed a Baby Boy

No caption necessary. (Via People)

Paris Hilton and Carter Reum have welcomed their first baby together

The men took the victim's keys, then tried to enter his apartment, police said.

The suspects allegedly fled in a rental truck after the brazen robbery on Friday around 4 p.m. in the vicinity of Henderson and Clinton Avenues.

The storm barreling toward Staten Island is forecast to bring a wintry mix beginning in the afternoon.

The rain is forecast to hold off until after the morning commute.

‘We wanted to walk again’: Ukrainian soldiers who lost limbs in war with Russia being helped on Staten Island

"[Ukrainians] are sacrificing their lives for the freedom and sovereignty of the country."

The soldiers recently spoke to the Advance/SILive.com about the war raging in Ukraine and the irreversible damage they suffered.

The "one-of-a-kind jewelry experience" is now available on Staten Island.

'Clients are loving these pieces right now, and the fact that they are permanent makes each style so original and authentic.'

The woman suffered injuries that are not considered life threatening.

S.I. family on quest for answers after son is fatally shot in Chile

What we know so far:

Eric Garvin, 38, of Stapleton, was on vacation at the time of his death.

Be the first to know and let us send you an email when Staten Island Advance posts news and promotions. Your email address will not be used for any other purpose, and you can unsubscribe at any time. 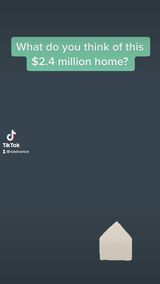 Staten Island Advance's From the Scene: In Episode 37, host Erik Bascome is joined by SILive/Advance Senior Opinions Writer Tom Wrobleski to discuss the results of Tuesday's actions and the implications they'll have on the future of our borough, our state, and our nation. Listen now on Apple Podcast, Amazon Music, Google, or Spotify. 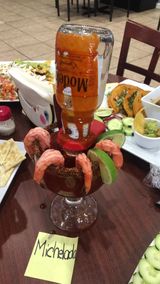 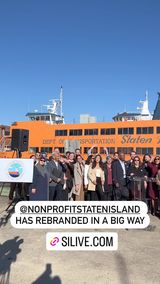 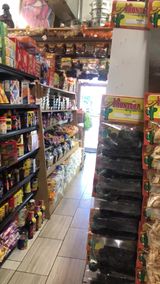 Eating Around The World on SI in Puebla 🇲🇽

Eating Around The World on SI in Puebla 🇲🇽 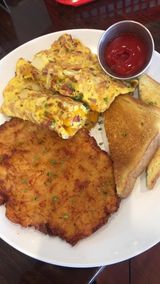 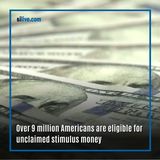 The extra money can only be claimed until Nov. 17, according to the IRS. Link ➡️ https://l.silive.com/CV7MEE 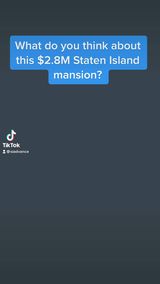 Election 2022: Rep. Malliotakis has won re-election. Can Zeldin bounce back against Hochul? 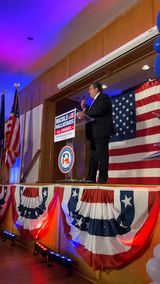 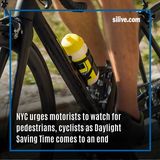 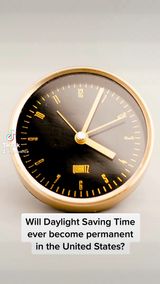 Where do you stand on Daylight Saving Time? Should we keep it, or ditch it? Link ➡️ https://l.silive.com/DbKfGK 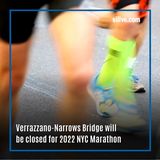 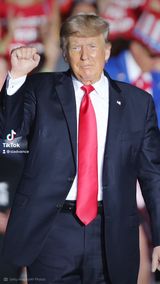 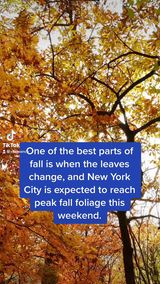 Looking for some great fall foliage? You don’t have to travel off Staten Island. Link ➡️ https://l.silive.com/XDZyNw 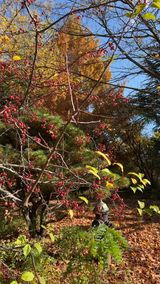 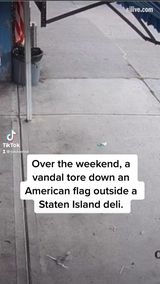 The community has come out to support a local deli owner after his American flag was torn down. Link ➡️ https://l.silive.com/klITnp 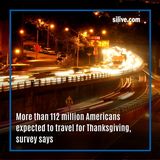 If you're planning to travel for Thanksgiving, there are 112 million reasons you might want to get a head start. Link ➡️ https://l.silive.com/4i4nFO

🎏 Drone Tour: Check out this tour of NYC Winter Lantern Festival in St. George. The displays are open for viewing every weekend, from now through January.

Eating Around the World on SI in China 🇨🇳 …dim sum included! 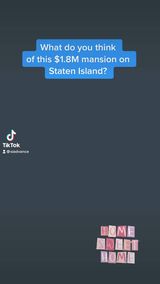 Check out this $1.8 million mansion on Lighthouse Hill 🔥. For more, click the link ➡️ https://l.silive.com/Ys0zi3 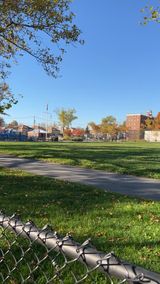 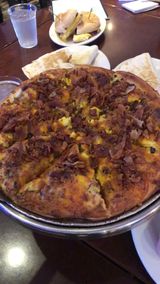 Brunch at the bar | The Dish 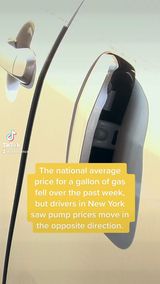 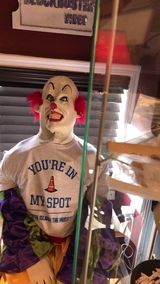 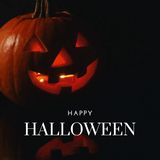 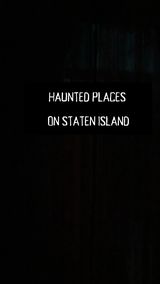 Staten Island has some haunted history 🎃. Here's a look at just a few haunted places.

In today’s episode of Staten Island Spotlight on Business, we talk to owner Jay Sykes about how Flagship Brewery is adjusting during the coronavirus (COVID-19) outbreak. Every day Spotlight goes one-on-one with local business owners – our neighbors – to explore what we can learn from their approach to today’s challenges. It is part of the #TogetherSI project, connecting and inspiring Staten Islanders. ( https://www.silive.com/togethersi/2020/05/togethersi-stories-of-connection-and-hope-during-the-coronavirus-crisis.html ) #spotlight_business #flagshipbrewery @flagshipbrewery #statenislandny #coronavirusstatenisland #coronavirusnewyork

While Ireland is now one the most progressive countries in Europe when it comes to + inclusion, that has not always been the case. And for ***r Irish Americans, celebrating can be complicated, especially in places where LGBTQ+ organizations are still prohibited from participating in the day’s festivities.

On today's Straight For Equality episode of Something To Talk About Live starting at 4:30 PM ET right here on our Facebook, we will be discussing this Staten Island Advance article, among other topics, with human rights activist and filmmaker Brendan Fay.
Happy St. Patrick’s Day! Fun fact: Ireland’s beloved patron saint was Italian, born of Roman parents!

St. Joseph’s day is March 19th! Celebrate with authentic and delicious Italian food at La Strada! Read all about one their popular food items for the feast on Staten Island Advance’s new article, link below!

Annually the SIEDC recognizes the Top 31 Most Influential Business Leaders.

Today, Pascale continues to fight for his life and for his family. His message remains the same: If you were there on or after 9/11, get yourself checked for cancer and other illnesses that could be a direct result of working in the 9/11 exposure zone.
IT IS GIVEAWAY TIME
Mark your calendars and tune in on April 30th to the Hidden Gems Internet Radio Show for the Everything Beatles Show. I will be interviewing the authors of a new Beatles Travel Guide, Fab Four Cities, and will be giving away an autographed copy of the book by the authors.
To register for your signed copy, click on the link below. It is $10 USD for 10 entries into the raffle and all donations will go to Maker Park Radio. You have until April 26th to enter as the winner will be selected on April 27th and announced LIVE on the Hidden Gems Internet Radio Show on April 30th.
As well as the Autographed copy of the book, there is a 50/50 raffle being held and the winner of the 50/50 will also be announced on April 30th.
You may enter as many times as you like. The book itself is a $20 USD value.
MakerPark Radio - makerparkradio.nyc Flagship Brewing Company Seppe Pizza Bar The Beatles Historic Richmond Town Snug Harbor Cultural Center and Botanical Garden Alice Austen House Museum Staten Island Art Community Staten Island Community Calendar Community Kills Boro Brewing Company NO LIMIT - Staten Island Staten Island Poker League Staten Island Advance

https://go.eventgroovefundraising.com/djgary/Campaign/Details
Universal Temple of the Arts held the Staten Island Jazz Festival 33 at the theatre this past Saturday featuring an incredible lineup and beautiful tribute to its founder Sajda Musawwir Ladner, who passed away in 2021.

Live performance by Shaolin Prince. Get your free tickets below and come support local artists. Enjoy live music food and shopping from our lical vendors.

Join us on our grand opening weekend on March 19. Come and celebrate a New small business shop in the heart of North shore side. Free tickets to attend below. See whats on the itinerary!