Get involved by signing up to contribute on Patch or join the conversation with us on Facebook.

Mom Whose Feet Severed In Chicago Boat Accident Recounts Ordeal: 'I Thought I Would Die'

"It still feels like a nightmare. My life has completely changed because of one unfortunate tragedy," Lana Batochir wrote. (via Chicago Patch)

"As I was getting pulled onto the boat I glanced at my legs and realized that both my legs were gone."

One of your neighbors published an article in the Sports section. Read their story on Patch. (The views expressed in this post are the author’s own.)

One of your neighbors posted in Sports. Click through to read what they have to say. (The views expressed in this post are the author’s own.)

There’s no place like home — especially when it’s clean and organized! Here's why hiring a pro to organize your house is a great idea. (Sponsored).

Thumbtack, a home services app used by millions, has plenty of top-rated organizers to help get your home in Marie Kondo-level shape.

11 Telltale Signs Your House Is Way Dirtier Than You Realize

A grimy oven, smelly fridge and chaotic closets are all telltale signs that your house is probably in need of some deep cleaning TLC. Here’s how you can address the mess. 🏡 (Sponsored)

If your fans are fuzzy or the fridge has an odor, it's time to bring in some cleaning professionals.

Mar-a-Lago, the resort and residence of former president Donald Trump, is being raided by the FBI, Trump confirmed. (via West Palm Beach Patch)

The resort residence of former president Donald Trump was raided by the FBI, according to Trump.

Everything You Need To Know About The Changing Housing Market

Is now still a good time to buy a house? What do rising interest rates mean for you? Find out here. (Sponsored)

Patch has launched an all-new mortgage center to help you better understand what home financing options are available to you.

Planning updates around the house? Find out what an expert says you should know before you begin! 🏡 (Sponsored)

The latest TikTok controversy: Pink Sauce. Here's what the viral debacle is all about. (via Miami Patch)

The latest viral sensation from TikTok has people wondering how the vibrant sauce is made and asking questions about its safety.

Make sure you didn't buy any of these children's products sold at T.J. Maxx, Marshalls, and HomeGoods. (via Framingham Patch)

The terms of the penalty also specify that TJX Companies admitted no guilt for the action and did not "knowingly violate the CPSA."

Do You Have Credit Card Debt? Here's Why You Want To Pay It Off ASAP

Now is the best time to pay down your credit card debt and reduce your overall interest accumulation. (Sponsored)

Some good news from the family of Cooper Roberts. (via Highland Park Patch)

Now able to eat solid food for the first time since July 4, Cooper Roberts has been transferred from intensive care to a rehab center.

Did this sultry graduation photo take it too far? (via Florida Patch)

A master's graduate posted a photo of her posing n**e next to the HBCU's famed rattler statue Friday, prompting backlash on social media.

Need Local Help? Here's Where To Start Your Search For Top-Rated Pros!

Is your to-do list starting to double in size? This Patch feature lets you connect with top-rated pros in your area for everything from house cleaning to pest control! (Sponsored)

Fed Raises Rates By 0.75 Percent: What This Means For You

The Federal Reserve interest rate has increased by another 0.75 percent. Here’s what it might mean for mortgage rates. (Sponsored)

With interest rates continuing to rise, potential and current homeowners' mortgages may be impacted by tighter monetary policies.

Two groomers face felony charges of aggravated cruelty to animals for their alleged roles in the dog's death. (via Pittsburgh Patch)

Two groomers face felony aggravated cruelty to animals charges for their alleged roles in the death of Kobe during a nail trim session.

How Empty Nesters Can (And Should) Take Back Their Homes

The kids are gone — now what? If you’re an empty nester, now is the perfect time to create the home of your dreams with help from top-rated pros in your area! (Sponsored)

Convert those newly empty bedrooms into a home gym, new office or even a storage space when you hire a home service pro!

The Debate Over Clear Backpacks: Do They Really Stop School Shootings?

Do you think clear backpacks will keep our children safer? (via Patch National Desk)

Finding top-rated house cleaning professionals near you is easier than ever — just enter your zip code! 🧹 (Sponsored)

From lawn care to lawyers, pastry chefs to plumbers & anything in between, find local experts in Across America

Sit Back And Relax — You Can Now Book Home Services On-Demand!

What if you could get home maintenance tasks done on demand and without hours of planning? Find out how. 🏡 (Sponsored)

From flat-screen TV installation to planning renovation projects, Thumbtack makes it easy to stay on top of all your home project needs.

How Prospective Homebuyers Can Get Their Finances In Order Fast

Ready to buy a home? Following these personal finance tips can help you feel more confident about your mortgage application process — and relieve some financial stress. (Sponsored)

Budgeting, paying bills on time and managing debt are great ways to help ensure you get the best possible rate when applying for a mortgage.

A Florida homeowner failed to mow his lawn while he was traveling to care for his elderly mother. His $30,000 fine for failing to cut his grass has been upheld by the 11th Circuit Court. (via Dunedin Patch)

A Dunedin homeowner's $30,000 fine for failing to cut his grass has been upheld by the 11th Circuit Court of Appeals.

With pool parties, barbecues and other summer festivities in full swing, be sure to keep your home properly maintained by hiring pros in your area for cleaning, lawn care and other tasks. 🌤 (Sponsored)

Take your home to the next level this summer when you connect with deck sealers, landscaping pros, repair service specialists and more.

7 Things That Can Help You Land A Great Mortgage Rate

Thinking about buying a home? Taking a few extra steps now can save you some serious money in the long run. 🏡 (Sponsored)

From knowing your credit score to lowering your debt-to-income ratio, taking these steps can help you get the best home loan for your needs.

This Is Our Favorite Deal Of Prime Day 2022

The DealTown Patch team says this Prime Day deal stands out from all the rest.

Of the thousands of amazing sales available on Amazon, this Prime Day deal stands out from all the rest.

The Most Discounted Deals Of Prime Day 2022

These Prime Day steals are all on sale for at least 50 percent off! (via DealTown Patch)

Amazon devices, electronics, home essentials and more hot-ticket items are all on sale for at least 50 percent off.

A Baltimore man visiting Mount Vesuvius in Italy fell into the volcano after he dropped his cell phone while trying to take a selfie. (via Baltimore Patch)

The 23-year-old man was at the volcano's summit​ trying to take a selfie when he lost his grip on the phone, according to reports.

Prime Day 2022: Here Are The Best Deals And Biggest Savings

Save big on electronics, Apple Watches, Amazon devices, kitchen essentials, clothing and so much more.

If you’ve got Hy-Vee or Mealtime potato salad in your fridge, you should throw it out, according to the company.

If you've got Hy-Vee or Mealtime potato salad in your fridge, you should throw it out, according to the company.

How To Create Your Own Epic RV Glamping Excursion

Glamping is camping meets glamour — and with the right rental, you won’t even need to pay for gas. (Sponsored)

Luxury camping is the vacation you deserve — and with many rentals, there's zero driving or gas required!

James Caan, the legendary actor who played Sonny Corleone in "The Godfather," has died at the age of 82. (via Hollywood Patch)

James Caan, who played Sonny Corleone in "The Godfather," died Wednesday, according to an announcement on his Twitter account . He was 82.

As of 3:30 p.m. Wednesday, almost 6,500 customers were reporting outages, according to technology outage tracker DownDetector.com​.

“At two years old, Aiden is left in the unthinkable position; to grow up without his parents,” said the GoFundMe campaign launched to support the boy. (via Highland Park Patch)

An online fundraiser to support the boy, found beneath his dying father's body, received $2.2 million in donations in less than 24 hours.

Can’t keep up with rising home insurance premiums? Here are a few solutions to help keep your finances in check. (Sponsored)

Changing providers, bundling policies and updating your coverage are a few ways to help save money.

Outages were reported by customers in multiple states including Iowa, Minnesota, Nebraska, Illinois and Missouri.

Outages were reported by customers in multiple states including Iowa, Minnesota, Nebraska, Illinois, Missouri and Michigan.

Here are the latest updates on the mass shooting at an Illinois 4th of July parade. (via Highland Park Patch)

Be the first to know and let us send you an email when O'Fallon Patch posts news and promotions. Your email address will not be used for any other purpose, and you can unsubscribe at any time.

Send a message to O'Fallon Patch:

Name That Species: What In The World Is This Strange Creature? 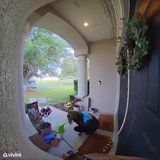 Other News & Media Websites in O'Fallon

James Caan, the legendary actor who played Sonny Corleone in "The Godfather," has died at the age of 82. (via Hollywood Patch)
As of 3:30 p.m. Wednesday, almost 6,500 customers were reporting outages, according to technology outage tracker DownDetector.com​.
“At two years old, Aiden is left in the unthinkable position; to grow up without his parents,” said the GoFundMe campaign launched to support the boy. (via Highland Park Patch)
Can’t keep up with rising home insurance premiums? Here are a few solutions to help keep your finances in check. (Sponsored)
Outages were reported by customers in multiple states including Iowa, Minnesota, Nebraska, Illinois and Missouri.
Here are the latest updates on the mass shooting at an Illinois 4th of July parade. (via Highland Park Patch)
What's the best gift you ever received from a neighbor? Tell us about it below 👇
☀️🍝🍔🍹
Getting ready to move? Put these 10 tasks on your to-do list to make your new house feel like a home right away. (Sponsored)
“Narcissists rewrite history to escape accountability," Gabby Petito’s mother, Nichole Schmidt, tweeted after Brian Laundrie’s notebook confession was released. (via Sarasota Patch)
Want to lower your mortgage payment and make home improvements? Here’s how you can do just that. (Sponsored)
"I never harmed the guy and wish him the best and hope he changes his life around for the better," Idriz Redzovic, a jiu-jitsu instructor, said. (via Chicago Patch)
Beautiful animals! Scientists estimate there are fewer than 500 Siberian tigers left in the wild. (via Brick Patch)
That's one big snake. 😳 (via Florida Patch)
If you thought the housing market was cooling down, you thought wrong. Follow Real Estate Patch for all things real estate!
x

Other News & Media Websites in O'Fallon (show all)