Fresh off the trip through IL, KY and TN and rolling into April!

I have a couple BIG things coming in the next couple of weeks that I will announce as well! 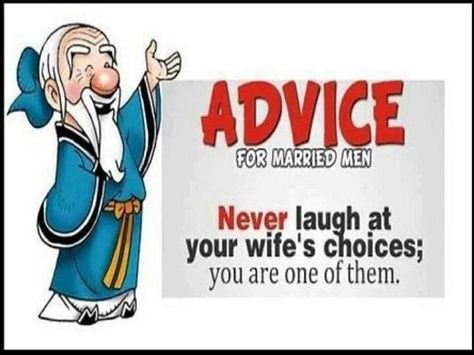 MARRIED PEOPLE PROBLEMS:
(According to the married people of Twitter…)
⇒ Marriage is just your spouse perpetually standing in front of the kitchen drawer or cabinet you need to open. — SpacedMom
⇒ My wife gets mad if we put the milk back in the fridge with only one sip left which is weird based on all her 96% empty shampoo bottles. – Simon Holland
⇒ Sorry, we’re late, my husband had to drive around the parking lot 5 times till he found a spot he liked. – Moderately Mom
⇒ Why throw it in the hamper when I can throw it on a chair that’s 2 feet away from the hamper? – My husband — Jawbreaker
⇒ my husband keeps telling me I have too many clothes. . . like a man who doesn’t want to be a husband anymore – That Mom.
⇒ Husband: *sneezes* Me: Bless you. Husband: *sneezes again* Me: I can’t live like this. — Jessie
⇒ After 22 years my best marriage advice is don’t marry someone who sets his two phones and alarm clock to go off at 5min intervals and then always hits snooze for at least an hour. – E.
-Twitter

WEIRDER AWARDS:
With the 94th Oscar’s ceremony set for Sunday, and the Grammys next weekend, here are some real, but, ummm…lesser-known awards…
⇒ Ig Nobel Prize: You’ve heard of this one. An imitation of Nobel Prizes, the Ig Nobels are awarded for top achievements that “first make people laugh, and then make them think”. One was given for research on “Sword Swallowing and Its Side Effects,” which concluded one result could be “sore throats”.
⇒ Darwin Awards: Named after the naturalist Charles Darwin, these are given since the 1980s to those who die in the most idiotic ways. The awards even became a subject of the film: “The Darwin Awards”.
⇒ Shorty Awards: These are given for the best one-liners on Twitter or best producers of short and weird content across social media. The first award ceremony took place in 2008.
⇒ The Ernie Awards: Initiated in Australia, the Ernie is presented to individuals and companies who make sexist remarks. The award is named after former Australian Workers Union secretary, Ernie Ecob, who was known for his sexist remarks.
⇒ The Foot In Mouth Award: Awarded by British Plain English Campaign, it goes to public figures who make a mysterious comment. Ex-US President, George W. Bush was honored for “I know what I believe." I will continue to articulate what I believe and what I believe – I believe what I believe is right.” (He actually came up with better ones than that!)
⇒ The Stella Awards: It is granted to those who file dubious lawsuits to earn quick bucks. The award has attracted attention to the most absurd and egregious examples of people abusing the legal system.
⇒The Pigasus Award: Presented to the worst of those who claim to have special psychic, magic, or paranormal abilities. Noted magician James Randi presents the Pigasus. He doesn’t officially give the award, saying if winners don’t receive their trophy, it must be due to a “lack of paranormal talent” on their part.
(And don’t even get me STARTED on The Razzies!)
- IndiaToday

News And Information Digest of the San Gabriel Valley

I can only say WOW! The song has gorgeous harmonies and is a pleasure to listen to. Dustin Chapman Music

Current American Idol contestant Ryleigh Madison and her uncle, Dustin Chapman who was a contestant last year are exclusively premiering this new song "Family Thing" today (3/17) with The Nash News. The video and the song feature heartwarming scenes of how important family is to both artists and hig... HOW THE WORLD CELEBRATES ST PATRICK’S DAY:
• London, England – Thousands gather for festivities and a concert in Trafalgar Square, where fountain waters are dyed green.
• Munich, Germany – Germany’s St Patrick’s Day Parade is considered one of the largest anywhere outside of Ireland.
• New York NY – The annual St Patrick’s Day Parade in New York City, the world’s largest, has honored the patron saint of Ireland for over 250 years, since 1762.
• Singapore – Members of the city-state’s Irish community come together to celebrate in a 3-day-long street festival. Events include performances, parades, and Irish food & drink.
• Sydney, Australia – St Patrick himself (at least a good replica) makes an appearance in the Sydney parade, which features more than 70 floats to represent all 32 counties of Ireland.
• Washington DC – Green water flows and geysers from the large fountain on the South Lawn of the White House.
• Around here – The usual drunks drink at their usual haunts, and wonder why their beer’s green!
(***To see what they do in Chicago, see “Did You Know?”, below***)
–ReadersDigest

DRESSING UP:
I’ve heard of custom-made wedding ringS – but never like this. Hidden Valley has created a manmade diamond out of its famous ranch dressing, and the novelty jewel is now up for sale on eBay. The Chicago-based condiment company says the 2-carat cut diamond took 5 months to make. After news came out that a Hidden Ranch custom Valentine’s Day bottle was used in a marriage proposal, the company was inspired to seek the help of a geologist to make the diamond. He came up with the plan to heat the dry ranch seasoning to 2,500 degrees Fahrenheit (1,371°C), transforming it to graphite, which was placed into a diamond press to create the ranch diamond. The jewel was then polished to perfection and set in a white-gold band with the initials HVR LVR — for “Hidden Valley Ranch Lover” — engraved on the side. More than 75 bids had been placed on the “Carats and Ranch Timeless Collection” at last check, with the so-far winning bid at more than $12,000. The auction ends on Thursday, just in time for someone to pop the question to their ranch-loving lover on National Proposal Day (Sunday). Money raised goes to Feeding America. LINK: https://tinyurl.com/2afkr4vv
(I knew that stuff was worth its weight in gold – but I had no idea it was also worth its weight in diamonds!)
(I guess if the bride accepts, she’ll want to get married in a “dressing gown”?)
-NYPost

✓ From birth to toilet training, a baby goes through an average of 8000 diaper changes.
✓ The space between the eyebrows is called the “glabella,” derived from the Latin word “glabellus,” meaning “smooth.”
✓ The word “porcupine” means “spiny pig” in French.
✓ The average English-speaker has about 50,000 words in their mind and finds the right one in 600 milliseconds.
✓ Women have more taste buds than men.
✓ Ancient Romans left graffiti on Egyptian pyramids saying things like: “I didn’t like anything but the sarcophagus,” and “I can’t read the hieroglyphs.”
-FactSlides, FactRetriever

Bobbie Nelson, Musician and Sister of Willie Nelson, Dies at 91

Bobbie Nelson, Musician and Sister of Willie Nelson, Dies at 91

The Nelson family said in a statement: "Our hearts are broken and she will be deeply missed”

THE WORST FROZEN FOODS FOR YOUR HEALTH:
(according to experts . . .)
☞ Packaged frozen dinners: The problem is salt, mostly. WAY too much salt. If you must, find a lower-sodium option, and pair it with a salad.
☞ Pizza rolls: What we’ve got here is a combo of icky additives, calories galore, and excess fat and sodium. (So, stick with frozen pizza?)
☞ Frozen pizza: Oh. Apparently, frozen pizza can be just as bad as pizza rolls. There are some healthier versions with veggies and a thin crust.
☞ Pot pies: These are some of the highest calorie and fat-containing foods.
☞ Corn dogs: Processed meats are bad for your heart. And the batter has almost no nutrients, plus it’s fried. (I can’t believe they’d do this to me!)
☞ French fries: Check the ingredients, look for added oils and salt. But you’re probably still going to get a heaping helping of fat and calories. (And love it!)
☞ Calzones: Lots of sodium, again. Like, your total daily recommended amount in just one calzone…
☞ Sweet & sour chicken: A good source of protein, but also a ton of sugar. (Hence the name?)
☞ Pastries and baked goods: Lots of carbohydrates here with no real nutritional value. Probably a pile of salt, sugar and fat. (So, it’s a bad idea to have these for breakfast?)
(Well! It’s nice that they’ve just emptied out my ENTIRE freezer for me. . .)
-NYPost

✓ Studies show that developing a larger vocabulary may help protect you against depression, by allowing you to precisely label — and confront — subtle emotions.
✓ The odds of getting a hole-in-one in golf are estimated at about 18,000-to-1.
✓ Ninjas don’t wear black. Traditional ninjas know the importance of blending in, so they usually disguise themselves as civilians.
✓ The “O” before an Irish name, such as “O’Reilly,” means “descendant of.”
✓ Bart Simpson’s name is an anagram of “BRAT”. His full name is Bartholomew Jojo Simpson.
✓ A 2010 study found that people fluent in multiple languages almost always swear in their native tongue.
-MentalFloss, FactRetriever

Be the first to know and let us send you an email when World Mix Inet posts news and promotions. Your email address will not be used for any other purpose, and you can unsubscribe at any time.

On your show for Monday, would you please play Blake Shelton, Some Beach?
Good morning y'all! Pulled this from the live concert footage of the other night. Lot of people seem to be really loving this song that I wrote and recorded - "You're All I Need". I can't thank all of yall enough for all that you do to support me with this journey. I love it! Several internet stations (World Mix Inet, Andy's Attic Radio, VinylGodis, Indie & Country Music with Monie & Cynthia, Indie Star Radio, and others) have added "You're All I Need" to their programs. Such a blessing! https://johnathanlen.hearnow.com/ #johnathanlen #youreallineed #indieartist #indiemusic #indieradio #lovesong #original
A HUGE thank you to the follow radio stations for adding “Plus One” to their rotation! • Josie's Country Blast Radio • Phoenix Radio Network • Country Barnyard 305 • Lake District Radio • Big Texas Radio • Radio New Wheels • Indie & Country Music with Monie & Cynthia • God's Country Network • The Balcony Show • World Mix Inet If you haven’t heard “Plus One” yet, then what are you waiting for!? Check it out now by clicking one of the links below! Spotify: https://open.spotify.com/album/7rLXZNTbujk2vn6IsUQOOr?si=JFx9j96dR2KnpAMt0a67Ug Apple Music: https://music.apple.com/us/album/plus-one-single/1477283643 YouTube: https://youtu.be/4tEHSAi6CfE
Listen for my music on World Mix Inet!!!Merry Christmas☃️
AWESOME! I love this!
cool station...