Siberian Productions will be casting for their upcoming feature film “BLURRED LINES.” A few hours away from our first shoot day! Wish us luck! Check back for updates and on set photos!

Hello all! It's been sometime since we've updated you on our next project, Blurred Lines, but unfortunately we ran into some obstacles along the way! But today, we are excited to share with you, that Blurred Lines will start film production the end of this month!!! So, we hope you will follow with us along the way and be a part of our next great project! Thank you for all of your support and we will update you soon! Thank you all again! - SP

Good morning everyone. Just a friendly reminder, Tickets for the beef & beer event are available for online purchase. If you are interested in attending the event, please click the link below for ticket details and purchases! Also, please share with anyone else who may be interested as well. Thanks! https://clients.mikecianciphotography.com/gallery/blurred_lines_beef_beer_ticket/

Casting Call: Siberian Productions will be casting for their upcoming feature length film “Blurred Lines.” The film, a crime story, which at its heart, is a character driven drama that follows the lives of several flawed individuals on both sides of the law. Their stories tell of the compromises they make and the lines they are willing cross to make them.

This film is slated to begin production in June 2019 and shoot in and around the Philadelphia/New Jersey area. This is both a union/non-union project.

1.Biker:(25-35)​The Enforcer and muscle behind the Biker club. Imposing both in stature and presence he is feared by many. However, there is something buried deep under Grizz’s rugged demeanor that sets him apart from the rest.​

2.Frank Gianielli:(50-60) Head of The Philadelphia Underworld. He is respected by those around him though that has only been prompted by his history as a cold-blooded killer. Frank is very shrewd when it comes to business however, in his older age he’s begun to trust the wrong people which may ultimately lead to his downfall.

3.Dino Silione:​(40-45) The Don’s Underboss. A known womanizer and master manipulator who will stop at nothing to get what he wants. He is cold and calculated yet can be thrown into a fit of rage at the flick of a switch. His erratic unstable personality is fueled with his need for money, alcohol and women.

5.“Cheese”: (40-50) Named for how he sometimes responds during conversation, Cheese is a frequent guest at “The Palace Night Club”, usually there to help Frank and Dino orchestrate a plan.

6.Tina: (25-35) She is Dino’s Young and very attractive Wife. The glitz and glamour of dating someone “involved” is starting to wear thin with her, as is Dino’s lying and infidelity.

7.Marie: (25-30) Typical Mob Princess who enjoys the life she lives.
She looks the other way when her boyfriend is unfaithful knowing that it’s all part of the game. She may be being used, but she gets what she wants.

8.Starr: (25-30) A young woman who makes her living as a dancer. She is starved for love and attention and thinks she has found it with Wolf. However, that may not be the case.

9.Joe: (21-25) Joe is the Bartender for The Palace Night Club. He holds Dino in high regard and has aspirations to one day take his spot in the organization. He is young, “Wet behind the ears” and very impressionable. His immaturity may ultimately lead to his demise.

11.Carmine Donato:(50-60) Head of the New York MOB. Carmine is a force to be reckoned with especially when Family is involved.

12.Carmella Donato: (25-30) Carmella is the Daughter of New York Mob boss Carmine Donato. Once embarrassed by the goings on in the family business while younger, Carmella has become accustomed to her privileged life style and makes exceptions as to how her beloved Angel makes his living.

13.Lonnie Selby: (35-40) African American- A store owner who allows the mob to use his store as a safe house in exchange for much needed funds for him and his family. When he has a change of heart, he puts himself and his family in danger.

14.Momma Selby: (65-70) African American – Patriarch to the Selby Family, “Momma” strives to keep her family grounded with their moral values and faith in God taught to them by her late husband.

15.Hanna: (25-30) A Ministers Daughter who lives at home with her Father and helps him run the School at the Church. 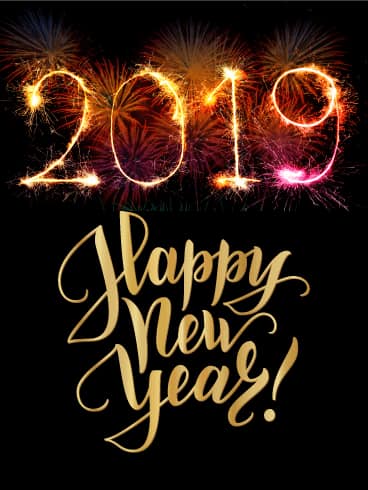 We’d like to wish all of our fans and supporters a happy and healthy new year! It’s going to be an exciting year for us... glad to have you all along for the ride!

From all of us at Siberian Productions, we wish you a very Merry Christmas!

We’d like to thank all those who have given to our project so far. If you haven’t, please take a minute to click on the link, read the synopsis, watch our teaser trailer and cast interviews. This is going to be a great film and we need your help to get it made! Any donation amount is greatly appreciated.
Thank you!

Siberian Productions wishes all of you and your families a safe and Happy Thanksgiving!

To my family and friends: Many of you know my passion for film was passed down from my Dad. The script for our next project and it’s message are extremely special to me as it was the last project my father worked with Andy on shortly before he passed away 23 years ago. Please consider donating and helping us finally bring this thought provoking film to the screen! Any amount is appreciated.

We are excited to announce, The time is now!!!! Our featured film, BLURRED LINES fundraising campaign is now live!!! Please check out our teaser trailer and information at the link below!

We’re just a few days away from some big news!

The script is in... Info on our next big project coming soon!!

Halloween may be over, but we’re getting revved up about some big news coming soon. Stay tuned!!

The world lost another legend today.

Happy Thursday everyone! I know, I know, it's been a little while since we've posted anything, BUT we have some exciting news brewing. So stay tuned! - SP

SHORT FILM CONTENT NEEDED: With our most recent short film "DESTINED" nearing completion, Siberian Productions is of currently looking to partner with filmmakers who wish to screen their short subject films. Filmmakers whose works are selected will be asked to share in the cost of the venue to be determined by the number of participants. All works will be presented in festival style format. Those interested in having their films considered for this event should respond by Private Message To Mike Giletto, or Andy Laquintano

Siberian Productions Welcomes Kevin Stahl of Idryonis Studios as the composer of the original sound score for "DESTINED"!

A great first weekend! On behalf of Andy and myself a big thank you goes out to our cast and crew! I can not say enough about you! You are all extreemly professional and talented. Thank you... Thank you.... Thank you....

Getting ready to fire it up!

Be the first to know and let us send you an email when Siberian Productions posts news and promotions. Your email address will not be used for any other purpose, and you can unsubscribe at any time.

Send a message to Siberian Productions:

Other Film & Television Studios in Philadelphia

Hello, In 2002 there was a Siberian Productions studio near the Gramercy Park Area or The Murray Hill Area (my memory fails me) in New York City that did some video work for me. Is this the same Siberian Productions company? Did you have a studio in new York in 2002? I need more work done but I lost the contact information.
Ruth D.
x

Other Film & Television Studios in Philadelphia (show all)