MISSION & OBJECTIVE ~ The Philadelphia Independent Film Festival is committed to discovering and showcasing a unique cinematic experience unrestrained by c...

night out. Experience it gallery’s now.

Announcements posted soon including venues, films, music, and more. The dust is clearing a bit. We’re feeling a post COVID festival of Philadelphia during the month of June?

Tonight is out. See you there. Oh, we have two tickets if anybody wants . Fred! Comment below. Show is tonight at 8!

In the . Immersing in films and discovering for

Filmmakers, Musicians, and all Creatives unite. Spreading out in the city we are using The Force and manifesting hybrid theaters. Support independent film! Big things!
.

Still are. Almost 25 years down the line. Thank you to the Philadelphia film, media, and communities.for making a destination for the arts!

We will see you tonight!! Looking forward to the event. Come out to Mt. Airy and support the arts!!

Time will tell. We keep marching on and will always find time for the little things. In the . pulse
.
.
.

Great screenings of the Documentary film Clerk. Life as a filmmaker is all about the art! Great discussion afterwards. Thanks for bringing Kevin Smith and and Director Malcolm Ingram to Philadelphia !
.
.

October 30 7 & 10 PM Screenings. One night only. Meet and watch the film with Director Johnny Hickey - hang out in the elixir lounge and talk and why this movie was made.
.
.

Another night out. More inspiration.
.
.

Good to be back. Thanks to the and and for muscling through COVID in the name of great music and .
.
. Scream. We did. Fest night out.

Working from the ground floor and up. See you at festival #15? Thank you David Ivory, Chris Schwartz, and Sigma Sound for helping put on the map. music and film business is alive!

Hit the festival marketplace at https://piff.darkroom.film - support independent artists like and buy merch!

Heading into programming land. Festival #14, virtual with 8 screenings (22 seat capacity) here in the city of Brotherly love, is coming into focus. The city is at 15% screenings capacity for indoor seating! Not very good, so so we are focusing on designing our own platform to interface virtually. We will also look to screen outdoors, more on this soon. Comments? Fire away here, IG, Twitter, email, etc.

MISSION & OBJECTIVE ~ The Philadelphia Independent Film Festival was founded to enable an environment for its participants to observe and engage the local ...

We look forward to seeing everybody tonight! We're on break from the and what a better way to do it than watching m,movies :)

Coming up on this anniversary. We’ll be doing shows as part of the festival again soon. This throwback brings us a smile. This was filmed by somebody so it’s out there. 1995. A great year indeed.

For Sale!!!! We have opened the doors to our art collection. We are proud to offer two original pieces of art by the legendary artist aka Pose2. This show produced by Media Bureau.com and with ROB-O and Dutch artist Juice was a First Friday to remember. A handshake and here we are - 15 years later. DM us if interested. Tag interested parties. Serious inquiries only please. Sale ends March 5th... Support local art!! Original flyer comes with the purchase!

Best of both worlds. Stand up and be strong. See you offline and in . We love you all!

As we embark on the next festival journey. We are exploring and developing in and on multiple universes. What universe do you prefer? Or maybe all of them at once?

See attached in .pdf. Please feel free to download and respond with comments or updates. We will periodically update the guide but cannot guarantee dates. Thank you! ——> Download the…

Thank you for your support!

Cyber week blasts firing up!! Live and Direct! Contact the Producer Jermaine Quick. Get on it!

Be the first to know and let us send you an email when Philadelphia Independent Film Festival posts news and promotions. Your email address will not be used for any other purpose, and you can unsubscribe at any time. 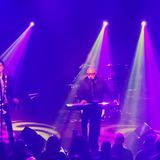 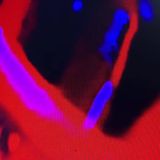 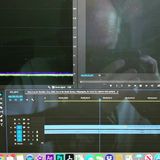 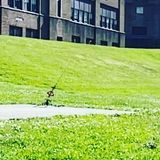 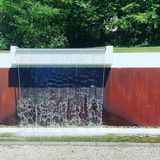 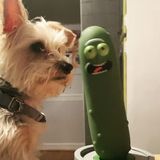 PIFF #12 THRILLER SHORT FILM ROADSIDE ASSISTANCE – 20 min DIRECTOR: Ali Matlock CAST: Annie-Sage Whitehurst, James Duke Walker, Jess Prichard SYNOPSIS: A vacationing couple attempts to rekindle the affections of their relationship. Their plans are cut short when they encounter car troubles, and while trapped in an unfamiliar environment, secrets from the past are revealed. #PIFF12 #THRILLER #SHORTFILM

PIFF #12 PRS GUITARS FILMMAKERS LOUNGE 7PM FILM BLOCK DANDELIONS - (13 min) DIRECTOR: Jason Winn CAST: Jeff Ridgway, Rico Paris, Kathleen Hogan SYNOPSIS: A teacher comes face-to-face with the surreal, the unexpected, as he struggles to move forward with the guilt in the wake of a deadly school shooting. Check out this behind the scenes video about the making of this intense short film that showcases a topic that has plagued our world via our school systems for far too long. #PIFF12 #DANDELIONS #BEHINDTHESCENES #PRSGUITARSFILMMAKERSLOUNGE

PIFF #12 SATURDAY, MAY 11, 2019 GERSHMAN Y, LEVITT AUDITORIUM 3:45PM FILM BLOCK RAG DOLL - 103 min. DIRECTOR: Bailey Kobe Nora is that girl: the one who works overtime, helps out her family by all means, and leaves little for herself. She can't even fathom a love interest. But with her one free hour a day, she takes out life's hardships at the local mixed martial arts gym, where she is no longer who she is, if just for that hour. CAST: Shannon Murray, Roxana Sanchez, Dot-Marie Jones, Dante Basco, and Stephanie Erb TICKETS: https://filmfreeway.com/piffFilms/tickets #PIFF12 #RAGDOLL #LEVITTAUDITORIUM 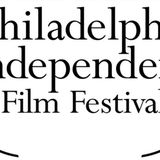 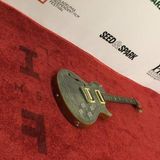 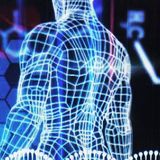 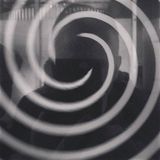 Philadelphia,
Do you love Short Films?
This weekend, Please watch African American Short Films TV ,10/31/2020,
on Philadelphia Station: KYW TV3 CBS PA. Time: 12:30PM
Hey All, first 20 pages of the pilot for my new crime/drama "A Penny for your thoughts...", titled "Smooth Operator", are done (only 20 more to go)! Episode one will be completed and polished by weeks end next week. Started the search for rehearsal halls in the Phoenix area (special thanks to Daryl Mallet and Iris Huey) for August. Signed on my good friend Steve Wargo of SWAT-HD as my Director of Cinematography (and a fine one at that) and building a strategy for online and real world advertisement (gotta get more eyes on this page). Phew, all for now. Spread the word!
Despite setbacks from COVID-19, the Annecy Festival will continue to show their animated films.
How will film festivals adapt after COVID-19? Mariette Rissenbeek and Carlo Chatrian have some ideas.
Congratulations goes out to Mark Borkowski for joining the Pifffilms.tv Twitter and Instagram Feed on Saturday. It was a vast Success, TerriAnn. Mark spoke at length @ his Premier of "HUNGRY GHOSTS" which he was scribe and Actor.
Stay tuned for further Word on the Virtual Fest or postponement of the Live #13 Best of the Fest. Pifffilms.tv
SPRINGTIME in PhillY!
For those who missed it, here is Alex (THE CROW – DARK CITY – I, ROBOT – KNOWING) Proyas’ Q&A livestream https://www.youtube.com/watch?v=jfo7O8VSm-g&t=2403s sharing fascinating insights into Filmmaking during Covid-19 and future lockdowns and self-isolation. Please subscribe to Alex’s Yt channel https://www.youtube.com/channel/UCYO7h2SOZjRah8bhyOXtGHw to receive updates on future livestreams and his riveting videos on all things Film, Philosophy, the Human Condition and surviving our times.

This film festival looks fresh and exciting! There are so many wonderful indie films out there and I am constantly searching for ones that really blow me away. I watched Empathy, Inc. not long ago and I was very impressed by the acting and directing in this film. It’s the story of a venture capitalist, Joel (Zack Robidas), who finds himself in a sticky extreme virtual reality investment. He struggles to decipher between what’s real and what’s not as he tries to protect his wife Jessica (Kathy Searle) from the dangers of the VR. Director, Yedidya Gorsetman, does incredible things (uses monochromatic colors, forced frame shots, and dutch angles) with this indie budgeted movie. I highly recommend catching this film on Youtube on your next movie night in!
Hi folks, my name is Colleen and I am a Certified Intimacy Director with Intimacy Directors and Coordinators. I am going to begin training to do this work in film and TV after having previously focused only on theatre. As I do so, I’d love to have the opportunity to shadow or PA on any shoots that may be happening here in Philly in the next couple of months. They don’t have to include any intimacy work. I just need to get the lay of the land of a film set. For more background on my work, my website is www.colleenhughes.com Thank you so much!
Can’t wait for this year’s festival! I like to think that the best films come from festivals, especially the ones within cities like Philly. One I recently came across is called Empathy Inc. and deals with a man who desperately seeks to dismantle a corrupted company that has created deadly extreme VR technology. The movie pulls from the sci-fi, horror, and neo-noir genres to create a thrilling experience that is all its own. Director Yedidya Gorsetman pulled together an incredible team of filmmakers when creating this independent film to produce a technologically dangerous universe that knows no bounds. This film went around the festival circuit in 2018 and I read that it was even nominated for an award at the Philadelphia Film Festival! It's now available to stream on platforms such as Amazon, YouTube, and a couple of other services and it’s definitely worth the attention!
I've been following the PIFF for awhile now! The films that come out of this festival are truly amazing! I thought I could contribute to this page by providing info on this new indie sci-fi thriller, Empathy, Inc., that takes a twist on the saying ,"Taking a walk in someone else's shoes". This body-switching film is like no other. I'd have to commend the director, Yedidya Gorsetman, for his choice to shoot this film in black and white to bring a mysterious and eerie tone to the overall film. With the compelling and thrilling storyline, I'd have to recommend this film! You can find it on iTunes and Amazon, feel free to let me know what you think! :)
x

Other Broadcasting & media production in Philadelphia (show all)