What's going on in your world? Tell us what you want investigated! We work for you and we dig deep to get you answers!

Two Ways to Avoid Having Your House Deed Stolen by Fraudsters

How would you know if your home has been stolen?

Stealing houses in Philadelphia, by fraudsters fabricating notarized deeds, spiked in 2018 and 2019. Fewer fake deed transfers occurred during the COVID-19 pandemic. But records officials believe the danger is still real for homeowners.

TONIGHT ON NBC10 NEWS AT 11.
Stealing a home in Philadelphia isn't very hard but there are some things you can do to protect your property.
Investigative Reporter Danny Freeman has been digging into the issue and has why officials believe we could soon see a spike in deed fraud complaints.

Reported deed fraud spiked in Philadelphia in 2018 and 2019. The fraud occurs when scammers steal ownership of a home through filing false paperwork with the city Records Departments. Homeowners usually aren’t even aware of the fraud. NBC10 reporter Danny Freeman explains.

Did you see yesterday's massive water main break in Philadelphia?

Turns out, the city has already had to address 247 water main breaks this year alone.

Investigative Reporter Danny Freeman and Photojournalist Dan Lee are digging through records. They'll be showing what they found and what it means for the upcoming election in an upcoming story.

NBC10 Investigators Danny Freeman and Dan Lee are on the case again. They're shooting a story you'll see soon on NBC10.

A great day of shooting for your NBC10 Investigators. From digging through a ton of documents to asking tough questions, this story impacts a lot of people. Coming soon...

SEPTA Riders: Tell Us What It's Like to Take Public Transit

CALLING ALL SEPTA RIDERS!!!!!
We want to hear from you.
Take our SEPTA Survey. Here's the link
www.NBC10.COM/SEPTASURVEY

NBC10 is conducting a survey that looks at the current state of affairs on SEPTA, southeastern Pennsylvania’s main transportation system. Please take our quick poll.

CASE REOPENED!!!! Check out the latest episode of our true crime series Who Killed Barbara Jean? It's available now.
You can stream the entire series with the NBC10 App on Roku, Apple TV, and Amazon Fire TV devices.

An affordable housing program was meant to help 1,000 middle-class residents buy a house in rapidly gentrifying neighborhoods. Instead, it subsidized the construction and sale of only 140 homes, including several that have been rented out or resold for profit. City officials now say there was little...

A tragic day in Philadelphia. 12 people dead after a fire rips through their own. NBC10 Investigators Claudia Vargas and Danny Freeman dug into records to get a history of the property. Full coverage is at NBC10.com.

Firefighters say there were 26 people inside a building in Philadelphia’s Fairmount neighborhood where a fire killed 12 people, including 8 children. NBC10 investigative reporter Claudia Vargas has the city records for the building and investigates why it was so crowded at the time of the fire.

We can't wait to see the latest Race in Philly special.

Spent the morning with Helados Chupi Chupi learning about why they moved to Philly, started their business and how they are living the American Dream.

Story TK NBC10 Philadelphia. Part of our next installment of Race in Philly.

The NBC 10 Investigators' true crime series "Who Killed Barbara Jean?" will air again on NBCLX tonight at 9 p.m. Follow Claudia Vargas on Twitter as she live tweets during the special HERE: http://on.nbc10.com/Sx0Lf49

Tonight, our sister station @nbclx takes on one of Philly's most notorious cold cases. Watch a special version of our series, Who Killed Barbara Jean, on air on LX!
Here's how to watch ...

Make sure to tune into NBCLX Wednesday for the premiere of Who Killed Barbara Jean? Claudia Vargas was on NBCLX this afternoon to talk about the premiere.

The new docuseries “Who Killed Barbara Jean?” explores the unsolved murder of 4-year-old Barbara Jean Horn, who was found dead in a cardboard box on a Philadelphia street in 1988. The man accused of killing her was exonerated and released from prison in 2020, but that's not where it ended.

Our true crime series Who Killed Barbara Jean? has its national cable premiere Wednesday at noon on NBCLX. It will then run a few more times over the next couple days. Check your cable guide to find the NBCLX channel.
Here's NBC10 Investigative Reporter Claudia Vargas and Jim Rosenfield discussing the premiere.

We broke this story in our 4pm newscast.

Proposed School to Be Steps Away from Dangerous Pipelines

What do you think about a school district wanting to build an elementary school close to two gas transmission pipelines?

A Delaware County, Pa., school district wants to build an elementary school near a gas pipeline. An NBC10 Investigators analysis of school locations in southeastern Pennsylvania found the proposed school would be one of dozens that already exist near pipelines.

11pm Tonight: New School Proposed to be near Dangerous Pipeline

11pm Tonight: New School Proposed to be near Dangerous Pipeline

A potential "flame thrower" near an elementary school? A new school in our area is planned near two natural gas pipelines. Parents -- and pipeline experts -- have plenty of questions. Tonight on NBC10 at 11, Claudia Vargas gets answers. Join us!

Our friends at NBC10 Responds have some pro tips on holiday shopping. Join Tracy Davidson on NBC10 Today Monday starting at 4AM on NBC10 Philadelphia

Children in a pipeline blast zone

A local school district wants to build a new school near some gas pipelines. Residents are upset. Monday night on NBC10 News at 11, we look into the controversy. We'll also have a way for you to check how close your child's school is to a pipeline. Claudia Vargas

Do police have the biggest break in the case - ever?
The Boy in the Box has been a mystery for more than 60 years. It's Philly's most infamous cold case.

The city’s most infamous cold case, the 1957 murder of an unidentified child in Northeast Philadelphia deemed “Boy in the Box,” has a major development. NBC10 reporter Claudia Vargas talked to Philadelphia’s homicide detective about the break in the case.

Tonight on NBC10 News at 11: 'Boy in the Box' possible break in the case

Tonight on NBC10 News at 11: 'Boy in the Box' possible break in the case

Be the first to know and let us send you an email when NBC 10 Investigators posts news and promotions. Your email address will not be used for any other purpose, and you can unsubscribe at any time.

Send a message to NBC 10 Investigators: 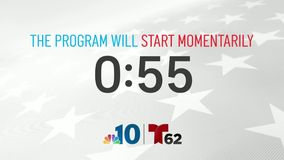 How easy is it for the general public to see Philadelphia Police body camera video? How easy should it be? EDIT: here's a link to the story, https://www.nbcphiladelphia.com/investigators/how-easy-is-it-for-the-public-to-see-police-body-cam-videos/2475205/

Should there be residency requirements for Philadelphia Police? The NBC10 Investigators look at the numbers, where police live, where violent crimes occur, and ask if residency matters - TONIGHT AT 11 on NBC10. Here's Investigative Reporter Claudia Vargas and Senior Investigative Producer Jim O'Donnell wtih a preview.

The NBC10 Investigators series Living With Lead leads to a new law.

After video showed police chasing after a suspect speeding the wrong-way down I-95, the NBC 10 Investigators found out if those pursuing officers violated department policy. Mitch Blacher has the story: http://on.nbc10.com/h7ppSJH

Philadelphia has a hit and run epidemic. Starting Monday night at 11, we take to the streets to look at the problem, what's being done to stop the hits, and an idea to catch the runners. 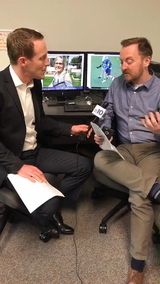 Have you ever gotten a flu shot or another vaccination? They’re supposed to help you, but in some cases they’re causing permanent injury. PLUS: Stealing from kids. The NBC10 Investigators learn how numerous parents have been embezzling cash from youth sports teams. George Spencer previews the stories we’ll bring you starting at 4pm.

Join us tonight at 11p. Guilty or Not Guilty? In prison for decades but there are questions about their cases.

There's a theory being investigated that America's first serial killer, H.H. Holmes faked his own execution. Now, the NBC 10 Investigators is uncovering what's inside the coffin buried in Delaware County. Tonight @ 11 p.m. on NBC10 News.

In our area, officials are seeing an increasing number of drugged driving incidents leading to injuries and deaths. What can be done to stop it? NBC10 Investigative reporter Mitch Blacher is asking the tough questions. Don't miss the NBC10 Investigation on NBC10 news at 4, 5, 6 and 11.

Did you see yesterday's massive water main break in Philadelphia? Turns out, the city has already had to address 247 water main breaks this year alone. This main was over 100 years old. NBC 10 Investigators NBC10 Philadelphia https://www.nbcphiladelphia.com/news/local/clean-up-continues-after-massive-water-main-break-in-philly/3140556/
Just because I'm with the NBC 10 Investigators, doesn't mean I'm out of the political world! Fun political story coming up soon on NBC10 Philadelphia! Who's pumping millions into our elections? #Decision2022
Got some fascinating stories coming up next month as a new member of the NBC 10 Investigators! What do YOU think needs to be investigated in Philadelphia?
Make sure to tune in at 5pm today for this NBC 10 Investigators report:
Help! My 87 year old widowed African American great aunt is being thrown out of her house at Christmas time in a reverse mortgage situation gone horribly wrong. Can you help me?
A Delaware County, Pa., school district wants to build an elementary school near a gas pipeline. An NBC 10 Investigators analysis of school locations in southeastern Pennsylvania found the proposed school would be one of dozens that already exist near pipelines. Claudia Vargas explains.
NBC10 Responds' Tracy Davidson will be sharing some pro travel tips Tuesday morning on NBC10 News Today.
Two natural gas pipelines. A planned elementary school nearby. Parents have plenty of questions. A story worth watching from the NBC 10 Investigators Claudia Vargas tonight at 11pm on NBC10 Philadelphia
A former Philadelphia police detective is linked to at least four cases in which men were wrongfully convicted of murder. Now that detective is facing criminal charges as officials look at all of his past cases. Claudia Vargas of the NBC 10 Investigators has the details.
The NBC 10 Investigators doing great work. I’ll be watching Claudia Vargas report tonight at 11pm on NBC10 Philadelphia. Stay up with us.
Can you do a story on the unemployment system in PA? I've worked my whole life and needed unemployment recently. Only for 4 weeks because I was back to work quickly. That was 2 months ago and they still haven't paid out any money bc they're behind. That's fine I can survive but some people absolutely need that money.
Some shots from the five month production.