A grassroots documentary about Steve Prefonaine. Produced by the people of Coos Bay, the people that knew Pre best. After two movies and a documentary about Pre, I decided that there is more to the 'Pre' legacy that needed to be explored for a new generation of runners.

The end of summer

In Eugene, Noah Lyles breaks Michael Johnson’s US record that stood since 1996

In Eugene, Noah Lyles breaks Michael Johnson’s US record that stood since 1996

At the finish line, Noah Lyles stared down his only true opponent: the clock. But for several moments, the unofficial time showed a tie with Johnson's mark of 19.32.

For the fourth time in 13 months, the 22-year-old McLaughlin set the world record.

World Athletics Championships: What to know as the track-and-field competition starts in Eugene this week

World Athletics Championships: What to know as the track-and-field competition starts in Eugene this week

Track Town USA will host more than 1,900 athletes competing at Hayward Field for one of the world's biggest international sporting events July 15-24.

Oregon’s state motto is, “She flies with her own wings.” To all the athletes pursuing your dreams here over the next 10 days at World Athletics Championships Oregon22, remember that Hayward Field is a place where miracles happen and legends are born. We wish you all the very best of luck!

RIP John. We are glad to have gotten to know you and interview you.

Applications are now being accepted for the 2022 Prefontaine Memorial Run. The 10,000-meter road run is slated for a 10:05 a. m. start on Saturday, September 17 in downtown Coos Bay. "After a two-year hiatus when the Prefontaine Runs scheduled for 2020 and 2021 were cancelled due to the COVID-19 pan...

It’s happening. The ultimate showdown over 100m is set for #PreClassic

Don’t miss your chance to see the world’s best athletes at Hayward Field this weekend. Tickets at PreClassic.com. See you there.

This is a great Pre story. 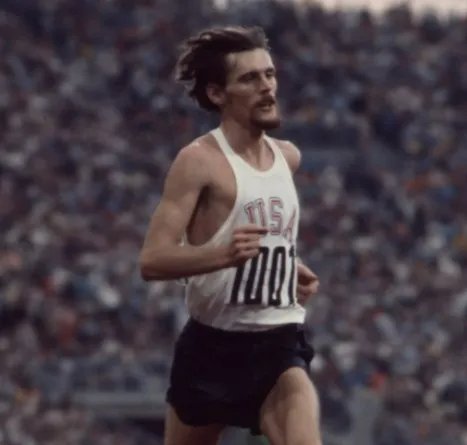 Kenny Moore loved to tell about his encounter with fellow Oregon Duck Steve Prefontaine a few minutes after he had finished 4th in the 1972 Olympic Marathon in Munich. Earlier that afternoon Steve had finished 4th in the Olympic 5,000 meter final. Before he could say anything, Steve immediately congratulated Kenny on his fourth-place finish and proceeded to offer an enthusiastic diatribe of reasons why Kenny should be proud of his showing that day. Starting with "you were the fourth-best in the entire world today" and taking off from there. Not knowing Steve's result, during a pause, Kenny asked "how did you do". The indignant reply was, "f***ing fourth."
(*RIP Kenny)

From the Archive: An Afternoon On the Farm with Ken Kesey (1990) | David Loftus on Patreon

1972 by Steve Bence. Just when you think there are enough movies and books about Pre. Well, 1972 is not all about Pre, it's about Steve Bence and his friendship with Pre. I really loved this book, it's a real behind-the-scenes look at Oregon Track, Nike, and the Pre movies. If you have never read anything about Pre, start here with 1972. #prelives

Listen Up…Jared Leto is the most unlikeable actor in Hollywood

Well I don't believe this

For the 2nd season of “Growing Belushi”, Jim Belushi hired a local Southern Oregon crew for production. Jim says Oregon has his heart and he loves being a part of the community. He also hires all loca...

When the Los Angeles Lakers trekked north to Portland, Oregon, last weekend, LeBron James was able to take in more than the Saturday night showdown with the Tra…

McCleary leads the way: Perham's standout senior will leave behind a legacy of greatness and leadership | Perham Focus

McCleary leads the way: Perham's standout senior will leave behind a legacy of greatness and leadership | Perham Focus

Perham's Jackob McCleary is one of the fasted cross country runners in the state. In his final year at the high school level, he's focused on leaving behind an unforgettable legacy and preparing for the collegiate stage.

A Strange Tragedy - -Some Memories Of Pre

People of the Valley is a podcast featuring stories from the Willamette Valley...and occasionally beyond. In this episode, several people share their memories of the late runner Steve Prefontaine and

Sha’Carri Richardson leads off the stars lining up for the Prefontaine Classic, and in a rare treat fans can enjoy her electrifying flair twice.

But she may be able to run the relay.

The Cathedral High School grad won the 5,000 meters after earlier placing third in the 800 Sunday in the Pac-12 Track and Field Championships.

The Home of Oregon Track and Field

The Home of Oregon Track and Field

The official YouTube channel of the University of Oregon Ducks.

"We learned this week women are still fighting for their rights as we see the poor treatment of women participating in the NCAA Championship Tournament and I am proud to see Oregon student-athletes lead the charge. Sedona Prince may be Oregon’s new Steve Prefontaine, the iconic runner who advocated for athlete rights in the 70s." -Register Guard.

Sean Crehan was named to the RMHS High Five Club.

After 10 years, today on Pre's Birthday, we present to you Pre's People. Thank you for your support. Two hours long, so cook two bags of popcorn. Enjoy the film. http://prespeoplemovie.com/

Be the first to know and let us send you an email when Pre's People posts news and promotions. Your email address will not be used for any other purpose, and you can unsubscribe at any time.

Send a message to Pre's People: 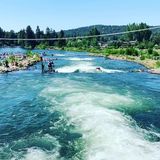 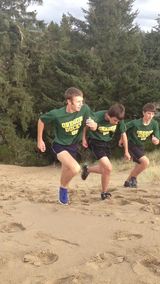 In the world of long-distance running, Steve Prefontaine is a legend. Known to his fans as "Pre," his life ended tragically at 24. Producers Travis Johnson, Brad Jenkins, and Phoenix-based Storyteller Productions have released Pre's People a compelling documentary about "the people of Coos Bay, Oregon who shaped Steve Prefontaine" and keep his memory alive. Yesterday would have been Pre's 70th birthday. NINE TRACKS by talented AudioSparx composers were licensed for this great film to supplement the original score by George Whitty. Click here to watch the trailer, to see which composers' tracks are used in the film, and for info on how to watch the entire film on-demand: https://www.audiosparx.com/sa/module/socialmedia/socvid/videos/detail.cfm/socvid_iid.2396
Happy birthday Pre! In honor of what would have been Pre's 70th birthday check out "Pre's People"- a new documentary on iconic long distance runner Steve Prefontaine. Untold stories, unseen photos and film of the legendary runner growing up in his hometown of Coos Bay, Oregon. www.prespeoplemovie.com
A shirt company in England sells these Pre Munich shirts.
Pre lives here.