What a lovely day to make videos about #pie with @foundry503 @wilderprojects and of course Art Directed by the fabulous @searstower33
.
.
.
.
.
#foodphotography #piephoto #videoshoot #sony #foodvideos #foodporn #foodvideo #piepiepie #foodfluffer

Working on the score for our next short By & By #byandbyfilm

Excited to get back into narrative mode #byandbyfilm #pdxfilm #shortfilm #indiefilm 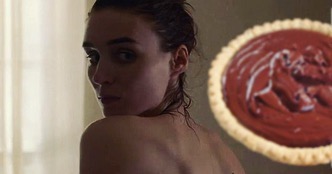 1 The Greasy Strangler (2016)
Genius is rarely appreciated in its time.

3 8th Grade (2018)
Elsie Fisher gives my favorite performance of the year. I was stunned at her ability to play such awkward, emotionally riveting situations with such a perfect mixture of confidence and humor.

4 Mandy (2018)
The scene where Nic Cage breaks down in one long, single, wide-angle shot in the bathroom is my second-favorite individual scene of the year.

5 Blood Simple (1984)
The perfect shot-to-shot craft in the Coen Bros’ debut displays that their visual imagination has always been stellar. The movie ages very well, playing on the Coen Brothers’ typical noir-ish themes of chance, greed, and the banality of evil, subverted by McDormand’s final-act turn from damsel to ass-kicking heroine.

6 Roma (2018)
I don’t know how he does it, but all of Cuarón’s best movies have this foreboding sense that something terrible is about to happen. Children of Men’s one-take car-chase scene was one of the most intense movie-watching experiences I’ve ever had. Roma’s one-take scene at the ocean was right up there in terms of sheer terror.

9 Annihilation (2018)
The world of bizarre, cancerous, mutated flora and fauna left me with an unsettled, sick feeling that lingered with me for days. And that F**KING BEAR

10 Mr Robot (uh, recently)
This show is so dauntlessly, indescribably weird. I could never quite figure out what it was trying to do, but kept being drawn back. And I can’t laud the cinematography work enough for creating such a disturbingly warped psychological worldview. @ Portland, Oregon

Thank you to everyone who came out to the #garyandjune screening at the Oregon Short Film Festival today! Sorry I don’t know how to look at a camera. -Nick Only two weeks away until the festival. Get your tickets now!

This is "Gary and June - trailer" by Blue Envelope Productions on Vimeo, the home for high quality videos and the people who love them.

We're getting ready to send out our first email blast like a big kid company.

You know you want it, so sign up for it here:
https://www.blueenvelope.productions/contact/

Getting ready for some epic #timelapse and #hyperlapsevideo shoots in the coming months.
#the5 #portlandatnight #lightroom #timelapsephotography

So Andy has been made into the Vice Chair of the Oregon chapter of the Cystic Fibrosis Foundation’s Tomorrow’s Leaders program. Who’da thunk it? #cysticfibrosis #tomorrowsleaders #istilldonttrusthim

Look at this handsome fellow

We are thrilled to introduce you to the next member of our local Tomorrow's Leaders Program! Let's give a great big warm welcome to our Inaugural Vice Chair, Andy Jordan!

Andy was born and raised in Portland, Oregon. He received his BFA in Dramatic Writing from NYU’s Tisch School of the Arts, and his MFA in Film & Television Production from USC's School of Cinematic Arts. His company, Blue Envelope Productions, is a full-service video production and social media marketing company that works with local businesses of all sizes to establish their image and grow their market. In his free time, he also self-publishes a comic book available at multiple comic stores around the city.

Thank you for your commitment to the fight against CF Andy! We are thrilled to have you on our team!

Why even make the video if your boards are this good? @adcjordan #artist #storyboard #indiefilmmaking

Tomorrow at 3:15 Nick will be co-leading a workshop with Jason Wells and The Choice Podcast at the Portland Film Festival on crafting stories with sound around the narrative podcast he is producing. More information and tickets are linked below. We hope to see you there!

ENGAGING AN AUDIENCE The team behind “The Choice” podcast gives an inside look at how they built an entire dystopian universe, using only sound. Learn how to fund, concept, and execute a "live" podcast in real-world environments. As well as how sound designers craft a scene, what they look for i...

We shot an employee gathering for, among other companies, @fermentbrewing and @knotsprings. Here are a few photos. Thanks for having us. #hoodriver #pdxnow #pdxbusiness #oregon #portland @ Hood River, Oregon

We're excited to show you a clip from our latest project. A Kickstarter film for Calendarium, a minimalist journal for everyday life. It was a great creative experience working with @slowempire and we were fortunate to help bring his dream to a reality. Thank you so much to our talented actors, Briana Ratterman, Eva Andrews, and Micky Jordan and everyone who helped us film the party scene. We learned a lot on this project, got real DIY when we had to, and are happy now to share with all of you. ⠀
⠀
Please check out the full video on Kickstarter. Search Calendarium or click the link below!
⠀
#calendarium #kickstarter #blueenvelopeproductions #oregonfilm #pdxfilm #kickstartervideos

We're excited to show you a clip from our latest project. A Kickstarter film for Calendarium, a minimalist journal for everyday life. It was a great creative experience working with @slowempire and we were fortunate to help bring his dream to a reality. Thank you so much to our talented actors, Briana Ratterman, Eva Andrews, and Mickey Jordan and everyone who helped us film the party scene. We learned a lot on this project, got real DIY when we had to, and are happy now to share with all of you.

Please check out the full video on Kickstarter. https://www.kickstarter.com/projects/makejoy-phillip/calendarium-minimal-journal?ref=nav_search&result=project&term=calendarium

Be the first to know and let us send you an email when Blue Envelope Productions LLC posts news and promotions. Your email address will not be used for any other purpose, and you can unsubscribe at any time. 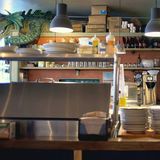 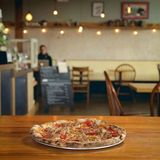 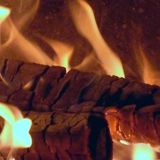