Congratulations to the Varsity Boys Soccer team for their dismantling of JDS 6-0! Goals came from Jaim Magenzo (4), Yonathan Magenzo (1), and Coby Melkin (1). A strong defense kept a clean sheet. A great team performance! The Cougars travel to face Washington International School this Thursday

Boys lost 71-39. They played a close first half and kept their spirits high to the very end. Thanks to all the fans who came out to support them! Great games cougars!

Congratulations to the Girl's Varsity on defeating JDS 35-33!!! Boy's game coming up!

Here's the link to watch the Berman vs. JDS game! Go Cougars!
http://www.youtube.com/channel/UC6zttzc8A9iVCVzRdG8uEqA/live

Look out for a live stream for tomorrow's rivalry games versus JDS! Link will be posted here!

Check out Talya Miller's new article about the power of speech!: http://www.hamodiya.com/2016/12/20/the-power-of-speech/

Congratulations to the boy's varsity basketball team on winning the championship at the Maimonides School Basketball Invitational 45-43 against Rambam! The girl's varsity team finished in 3rd place!
Congratulations to the All Star players Rotem Hasan ('17), Mia Raskin ('19), Ezra Beletskiy ('19), Jonah Riffkin ('17), and Coby Melkin ('18) who was also named tournament MVP!

Our very own Cougars travelled to Boston for the weekend to compete in the Maimonides School Basketball Invitational. Congratulations to the varsity boys as they defeated the Maimonides M-Cats in a thriller, 46-43! Down at halftime 25-13, the Cougars clawed their way back to an exhilarating victory. The varsity girls fell to the M-Cats earlier today, 40-30. Make sure to follow all the games by following this link: http://www.maimohoops.org/live/

It was a rough night for our cougars in basketball. Despite an impressive lead at halftime, the girls varsity cougars faced a 56-52 loss to Grace Bretheren. The boys varsity team suffered a 61-49 loss to Grace. After a close game, the boys' JV team lost 40-35 to JDS. Stay tuned for next week!

Congratulations to the varsity girls' basketball team on their 59-53 win again Burke. Mia Raskin fired three-pointer after three-pointer while Renee Fuller played a strong game. Sarah Warshawsky took a charge. Great game, cougars!
Congratulations to the boys' varsity basketball team on their 46-25 win against Burke. The team held Burke to only 15 points through three quarters. Highlights of the game include the strong defense by Ranaan Glashofer and Ezra Beletskiy against Burke's all-star point guard. Another great game by our very own cougars!

A Look into the America-Israel Defense Agreement – Hamodiya

Rebeccy Babitz ('20) reports on the America-Israel defense agreement. Check it out!
http://www.hamodiya.com/2016/11/21/a-look-into-the-america-israel-defense-agreement/

A Look into the America-Israel Defense Agreement November 21, 2016admin 0 REBECCY BABITZ On September 13th, President Barack Obama and Prime Minister BRenjamin Netanyahu finalized a deal to give Israel $38 billion over 10 years. In 2007, the two countries signed a deal for the U.S. to send…

An Israeli Connection: Getting to Know Berman’s 2016-2017 Kollel and B’not Sherut – Hamodiya

Now that this year's shlichim have been with us for almost three months, it's time to know a little more about their lives. Shifra Ferziger ('19) and Leora Kelsey ('19) sat down to do just that.
http://www.hamodiya.com/2016/11/21/an-israeli-connection-getting-to-know-bermans-2016-2017-kollel-and-bnot-sherut/

An Israeli Connection: Getting to Know Berman’s 2016-2017 Kollel and B’not Sherut November 21, 2016admin 0 LEORA KELSEY and SHIFRA FERZIGER Every year Berman welcomes new Kollel Bachurim and B’not Sherut and spends a wonderful year with them. Whether they’re making chulent or organizing daglanut, th... 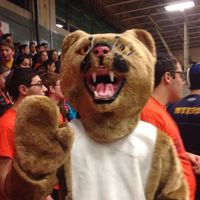 Congratulations to the girls Varsity Soccer team for beating Washington Christian 3-1!! Goals were scored by Shana Lowenstein and Nesiah Ely.

Congratulations to the Boys Varsity Soccer team who won 3-1 at home against Grace Brethren. In the first minutes, striker Coby Melkin dribbled and maneuvered through multiple Grace Brethren defenders to put the ball past the keeper to give the Cougars a 1-0 lead. Around 10 minutes later, a controversial penalty was awarded to Grace Brethren, which they converted tying the game 1-1. After another goal from Melkin, Zach Winters cemented the Cougars lead after converting a 1-on-1 with the Grace keeper. For a third straight game, keeper Jordan Lamar and the Cougars defense held on to their lead and did not concede in the second half.

Congratulations to the girls varsity soccer team on their 4-3 win against McLean! With 20 minutes left in the game and the Cougars down 3-0, Nesiah Ely pulled through with a hat trick to tie the game at 3-3. In the last ten seconds, she scored yet another goal to win with a score of 4-3. She wouldn't have been able to do it without the team's strong defense and tireless effort. Go cougars!

Girls varsity volleyball lost 3-0 to Washington Christian tonight. Come cheer them on at their next game this Thursday!

The Berman Mock Trial team mocks to victory against JDS in County Semifinals with a final score of 57-54.

Congrats to the Mock Trial team on their 53-49 over Richard Montgomery High School! With a 4-0 record in the regular season, the team heads into playoffs with a bye. Check them out next Thursday as they play in quarterfinals.

Congrats to the Berman Mock Trial Team on their 46-42 victory over JDS tonight!

Though they fought hard, the Cougars end their season at the semifinals. Congrats to all the players on a great season!

Cougars have an amazing second quarter, bringing the score up to 24-20, Grace.

Middle of the second quarter in the Girl's Basketball PVAC Semifinal game, and the girls are playing hard.

Congratulations to the Mock Trial team on their victory against Whitman 56-48!

Congrats to the Boys JV Basketball team on their 55-50 victory against JDS in the PVAC Championship game!

Need something to do over the snow day? Talya Miller gives us the Top 10 Websites to Waste Time On.

Be the first to know and let us send you an email when Hamodiya Newspaper posts news and promotions. Your email address will not be used for any other purpose, and you can unsubscribe at any time.

Send a message to Hamodiya Newspaper: 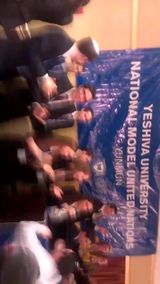 Other Newspapers in Rockville