The Journal is Longest Running Regional Digital Music Source, dedicated to National and Local Artists as well as Mid-Atlantic Venues. In the mid 2000's we were requested to provide Photo’s coverage @ XM studios in Washington D.C.

Photographing the Band THE SYN. The SYN included Chris Squire (YES). we went on to be published by The Carl Palmer Band (Emerson, Lake and Palmer) Bass X 3 Tours (Stu Hamm, Jeff Berlin and Billy Sheehan), Circa a Yes Spin off band of the highest order featuring Billy Sherwood, Alan White, Tony Kaye, Jimmy Haun and Michael Sherwood. Over the more recent years I have worked with Eddie Jobson U-Z Ban

Photographing the Band THE SYN. The SYN included Chris Squire (YES). we went on to be published by The Carl Palmer Band (Emerson, Lake and Palmer) Bass X 3 Tours (Stu Hamm, Jeff Berlin and Billy Sheehan), Circa a Yes Spin off band of the highest order featuring Billy Sherwood, Alan White, Tony Kaye, Jimmy Haun and Michael Sherwood. Over the more recent years I have worked with Eddie Jobson U-Z Ban

We are excited to have Livingston Taylor back in the room on May 4th. Join us for an unforgettable night of music!

Don't miss out on a night of Prog Rock music with ProgJect. They'll be performing the classics and epics of Genesis, Yes, ELP, King Crimson, Pink Floyd, Rush and more.

Listen to the album How Many Miles on Deezer

Mark your calendars April 24 2022
Sylvan Amphitheater National Mall
with updated line up. This event will be live streamed. 

Eric Johnson always puts on one hell of a show, that's because he's one of the most admired guitar players that we have ever had the pleasure to watch and listen to.
35 years ago today was no exception in a micro Club in San Diego called the Bacchanal.
I remember hearing Eric play all his great hits up to that point off of friends, and some great covers as well like Paperback Writer (The Beatles).
Hearing that song really kind of blew me away knowing it was a Beatles song yet this guitar master was laying down the killer licks that went with this song.
I thoroughly enjoyed it and would love to see him play that song again.
Matt Ridley

I met John at the Bayou in Georgetown in 92 when they toured looking forward to this one.

This year also celebrates 40 years since the 1982 release of the first ASIA album (Downes, Howe, Wetton, Palmer) that features the hits, Heat of the Moment and Only Time Will Tell.

This tour will showcase the music of both ASIA’s 1982 release and ASIA’s 1992 release AQUA. The 90 minute show focuses on those two albums and a set list that includes, Who Will Stop the Rain, Someday, Heat of the Moment, Only Time Will Tell, Back in Town, Lay Down Your Arms, Sole Survivor, Time Again, Love Under Fire, Heaven on Earth, Wildest Dreams, Here Comes the Feeling and more.
Vocalist John Payne remarked “This is going to be very nostalgic for me, I haven’t played some of these songs in 30 years and I’m extremely excited to do this tour with our band. We want the shows to sound as close to the original recordings as possible.”

John Payne became the frontman of the supergroup ASIA in 1992 at the invitation of keyboardist Geoff Downes, replacing vocalist/bassist John Wetton. ASIA extensively toured the world for the next 14 years performing new classics and old favorites. With John Payne fronting the band, ASIA released 8 stunning studio albums and several live recordings. In 2006, Geoff Downes left the band to reform the 1982 lineup for their 25th anniversary.

Subscribe to The Kennedy Center! http://bit.ly/2gNFrtbBlack Assets was born Ashley Yates from Itta Bena, Mississippi. She is, the representation of the new e...

Mike always puts on an extremely entertaining show and to have Randy Brecker with him, well you can't beat that! Tonight through Sunday at the Blues Alley.

Heads up great band coming in May next year check them out!

Tickets for our show at Rams Head On Stage on May 20 in Annapolis, MD. Please note that this is a 21 & over show. Stay tuned for more dates and ticket on sales.
https://www.axs.com/events/421536/security-project-tickets

What a fun day! #CapitalJazzFest25th

A very happy birthday to the one and only Nathan East !
Here's a cool video we put together at the Capital Jazz Fest 25th. Nathan put on a hell of a show I can tell you that.
https://youtu.be/hx2bHq3zrzQ

Nathan East heads up The Capital Jazz Fest 25 with a 10 piece band and it was his first US solo concert ever! He opened up CapJazz25 at Merriweather Post wit...

If you've never heard Jake before do yourself a favor and Google a couple of videos and then come to the show.

Free Grassroots Music Coverage, Hell Bent on the Musician Side on the music industry.

Be the first to know and let us send you an email when The Mid-Atlantic Music Journal posts news and promotions. Your email address will not be used for any other purpose, and you can unsubscribe at any time.

Send a message to The Mid-Atlantic Music Journal: 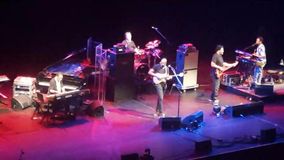 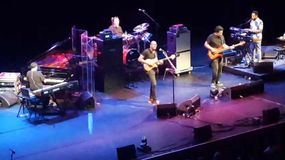 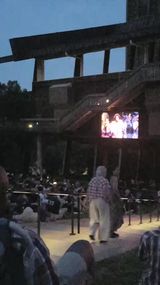 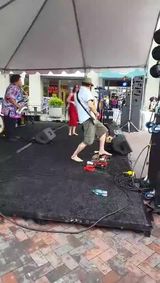 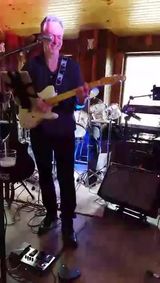 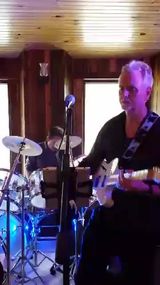 Jean-Luc and Jon Anderson Band at The Howard Theatre

Stairway to Gaithersburg Hots On For Nowhere (Led Zep)

On The Ship of Emotion

In the mid 2000’s The Journal’s Matt Ridley was called upon to photograph The Syn at XM Studios in Washington D.C. The Syn was a influential 60’s Band that featured Chris Squire (Bass YeS) plus numerous other successful musicians that re-formed for a Hit Prog Album “Syndistructable” and Toured in support of the LP. The photos of the LIVE broadcast were turned into a LIVE LP, called Armistice Day.

Other Media/News Companies in Rockville

⚡️⚡️⚡️SIGNAL 13 - New Rock N’ Roll!⚡️⚡️⚡️ Maryland’s Signal 13’s “All Fired Up” is currently the #1 song in the Worldwide Radio Indie Alliance Top 75 chart!
Sharing Signal 13’s new single “Stay With Me”...
I like what you're doing, we need your voice
What a Moment with Mr. STEVE VAI !!!
Wow! History!
Ansel Mountain : Angry and Bitter