Aquila Productions is a creative communications agency that specializes in virtual and in person branded events. PR Strategy. Meetings+Events. Such a pleasure to work with GM on a fireside chat with Chair and CEO Mary Barra and Detroit Mayor Mike Duggan. GM announces their plans to Invest $50 Million in Detroit Nonprofit Programs --
Grant funding to support efforts that increase economic opportunity in the city

Organizers on Wednesday canceled the New York Auto Show that had been set for later this month amid rising COVID-19 cases caused by the more infectious Delta variant of the coronavirus amid rethinking of return to offices schedules.

2022 Cadillac CT4-V Blackwing is voracious on the track

Cadillac's latest Big V sedan is its greatest and among the most track-capable four-doors on the planet.

It was fantastic to work with the Cadillac XT6 and XT5 teams. 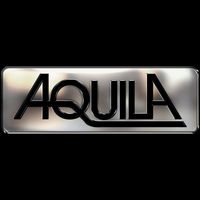 Geneva show turned out some goodies. And here is the news, hour-by-hour...
https://www.autocar.co.uk/car-news/geneva-motor-show-2019

A month ago today, we helped launch this one... Chevrolet Silverado HD #mostcapable 35,500lbs tow capacity!

Thinking of summer launches on a winter-like day.

A future worth investing in. By working with nonprofits like Code.org, BlackGirlsCode, Institute of Play, Girls Who Code and Digital Promise, we’re working to ignite more interest in STEM careers. http://s.gm.com/kh6zu

Want to know more about our history? Here's a #TBT to our 50 years.

Putting the gr in grille. Not afraid to get a little messy. (Photo courtesy: Brendan Turnbull)

Subaru of America, Inc. today announced pricing on the all-new 2018 Crosstrek line. The Crosstrek is the second model to use the Subaru Global Platform that is designed to deliver significantly higher levels of driving pleasure, agility, crash protection and ride comfort.

City of the Future! #TBT

When the world is descending into chaos, it can be hard to believe that optimistic visions of the future are within our reach. But personally, I think I’ve hit that point where escapist fantasy worlds of tomorrow are the only thing that can ease the stresses of our modern world. This 1923 illustrati...

The New Yorker created a pretty amazing 9-minute video that shows the same streets then and now.

Top down. Pulse up.

Premium accommodations for the big weekend ahead. The Acadia Denali. http://s.gmc.com/jzmq

ICYMI: New video of the WRX STI Type RA NBR Special. The car will attempt to set a new lap record for a four-door sedan at the famous Nürburgring race track later this summer.

Why cars went from boxy to curvy:

Each generation every bit as vicious.

Make every trip in your Buick LaCrosse an adventure with unlimited data. Live life unlimited. http://s.onstar.com/lxkx

X-Rayted. And yet SFW!

To see how far cameras have progressed over the years, just look at X-rays of their insides.

For most of us, selling a used car generally involves placing an advert on a popular website or in the classifieds section of a local newspaper. But when it came to selling his old SUV, Eugene Romanovsky decided to take things to a whole new level by creating the most spectacular advertisement for h...

Be the first to know and let us send you an email when Aquila Productions posts news and promotions. Your email address will not be used for any other purpose, and you can unsubscribe at any time.

Send a message to Aquila Productions:

Inspired by a bell choir, the 2011 launch of the renamed Chevrolet Sonic used custom built iPod and iPad apps to play the music live to the audience. Meanwhile a dynamic video was played across a three screen array in sync to the live track. The music track worked so well in fact that it comes across like a pre-recorded track. In fact, the thrack was played on stage by the performers seen in this video.

An Extended Range Electric Vehicle and it’s a Cadillac. For this one one-of-a-kind 2014 Cadillac ELR reveal, we built a set with three parallelogram displays, playing off the Cadillac design style and created a series of teasers to play in the days before the reveal. These teasers along with the Reveal itself, took their design cue from the Cadillac philosophy of Art & Science.

For the 2016 Consumer Electronics Show, Chairman & CEO of General Motors revealed the 2017 Chevrolet Bolt. At the presentation we played off Chevrolet’s “disruptive” theme to surprise the audience. We created a photo-real virtual set that started the show and at a key point, the set ‘fell’ into the distance revealing the graphics to encompass the entire 75′x 20′ screen.

Other Media/News Companies in Royal Oak