Our program provides opportunities for students to pursue advanced study in theatre design. They are Life was so groovy before finals week hit…

All our graduate designers worked so hard to make this show come together beautifully, now it’s just the final push to the end of the semester!

Free our sisters, free ourselves!

Only one more weekend to see Loves Labor’s Lost!

Courtney Ohnstad has done many projects for Love’s Labour’s Lost, one of which being these beautiful sublimation printed butterflies for Maria’s costume. Designed by Katie Paulson. 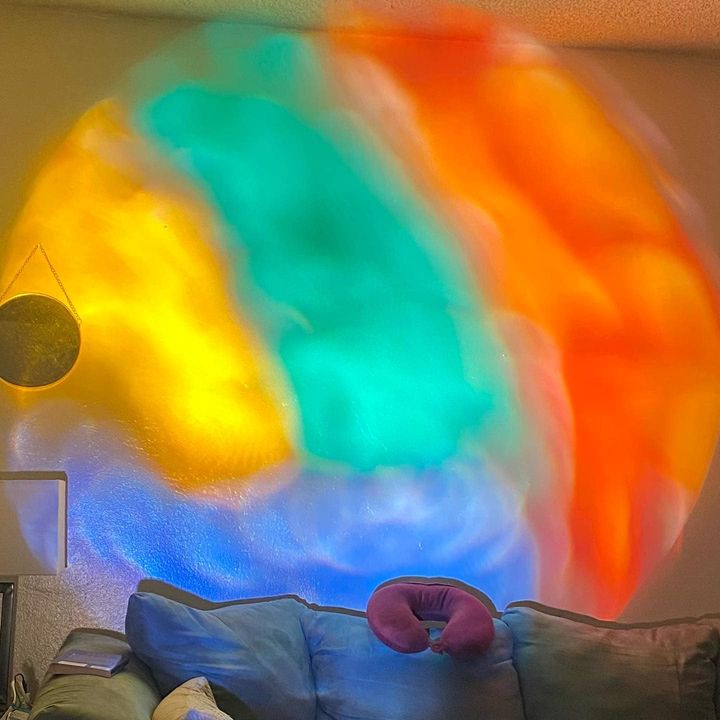 Love’s Labor’s Lost is right around the corner and lighting designer is putting the finishing touches on some custom hand painted gobos! Here they are being put in the oven to set the paint, soon they will be on stage offering some fun visuals!

Who knew that dress rehearsals could be so groovy? All of the designers and production crew have put in such hard work to create this beautiful vision.

All of our designers are hard at work behind the scenes of Love’s Labour’s Lost. It’s right around the corner!

We had some nice visitors come by the costume shop during our Friday work call for Love’s Labour’s Lost! Now everyone has a snazzy hat 🤩

Check out grad student Courtney Ohnstad’s process on textile printing: “In the previous school year at SDSU, I learned a lot about sublimation printing. While a fantastic method for printing on fabric, it is limited to synthetic fabrics. Wanting to learn about other methods for textile printing, I enrolled in a “Digital Textile Printing” class at the San Diego City
College. I heard about this class due to the fact that it is taught by an SDSU costume alumnus, Shirley Pierson. In this class, I learned that there are machines that print extremely vividly on natural fabrics. In this video, I am using a Roland direct to textile printer to permanently affix my costume rendering to a cotton canvas tote.

Congratulations to our friends at the Cygnet!!

In preparation for lighting focus for Love’s Labor’s Lost, Lighting Designer and their team pre-focused all the lights in the pre-visualization software Capture, and got a timelapse of the experience! Here they were able to preview what focus day is going to look like!

The new 3Doodlers are starting to roll in. Starting with the Pros!! 3D Fab class will be fun next semester! Check out some snapshots of Josh Munden working on our turntable for Love’s Labor’s Lost!

Check out some 1:48 models for art direction class done by Heather and Isabel for the tv show “Carnivale”

A few of us got a sneak peek at the new building and the renovation this week! They will be all ours in just a few short months!!

Check out Lars Sladich’s construction work on “The Dancer” from A Long Christmas Ride Home!

Spelling Bee hasn’t even closed yet and we’ve already started work on Love’s Labour’s Lost down in the costume shop. Here’s a sneak peek at some of Katie Paulsen’s fun designs!

Happy opening to Spelling Bee and to all the designers and technicians that put their hard work BEEhind it! They all did a BEEautiful job!

Look at Heather’s half scale model come alive! You will BEE amazed when you see it in person. Dress rehearsals are going as good as they could BEE! Turns out our grad students can design AND spell!

Thanks to Robert Meffe for these great photos.

And some special spellers from last night: Lars, Katie, and Claire.

Courtney Ohnstad, a 3rd year costume design graduate student, just completed her capstone project. When asked about her costume design for A Long Christmas Ride home, she said the favorite piece she designed was: “The minister stole. The patchwork was inspired by real research of ministers in the unitarian church. He came back from visiting Japan, so it made sense he would include some Japanese prints in it. Because this character inspires Stephen in his afterlife, it connects to the whole show with patchwork.”

HONEY, you won’t BEElieve how hard the shop has been working lately! Everything’s starting to come together for our production of The 25th Annual Putnam County Spelling Bee! 🐝

Check out this process video of Miranda Sieber working on a tie dye shirt for the show she is designing: The 25th Annual Putnam County Spelling Bee! You will have to BEE 🐝 prepared to see how this shirt turned out, dress rehearsals start next week.

Heater and Kat are gearing up in preparation for the 25th Annual Putnam County Spelling Bee, which goes into tech next week! How time flies 🐝

Snapshots from todays light lab session for collab class. Students are lighting samples provided by scenery and costumes for a theoretical production of Mother of Exiles.

Electronic Theatre Controls (ETC) visited Team Lighting last week at San Diego State for their annual visit. They brought lots of toys to play with as well as fantastic lectures on color, networking, and more! (The yarn represented networked items in a system.). Thanks for a great day, ETC!

The new LoneStars made their debut out of the boxes yesterday! Can’t wait to turn them on!

BTS from last weekend when our grads in the TFM 605 class worked with the directing first years to creat a set of short films. Set dressing, costume design, and lighting all done by our grads!

Introducing you to our current MFA Design and Technology class!!! This year is already looking great.

Also, who do you think slayed their pictures the most? Team scenic, lighting, costumes, or TD? 👀 Opinions welcome in the comments to settle this department wide dispute.

Photos from SDSU School of Theatre, Television, and Film's post

Our grads are deep in tech week for The Long Christmas Ride Home! Here are some process shots of their amazing work.

Be the first to know and let us send you an email when SDSU MFA Theatre, TV and Film Design Program posts news and promotions. Your email address will not be used for any other purpose, and you can unsubscribe at any time. 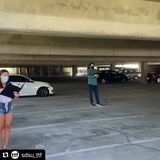 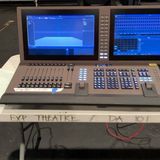 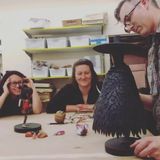 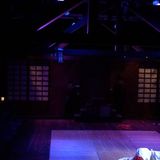 On week four of rehearsals for Chess in Concert, each principal learned their entire blocking of the show one at a time on stage in one hour sessions. The stage consisted of nine squares that were nine feet apart from one another to maintain social distancing.

In this photo, Clinton Sherwood (who plays the Act One Arbiter), is learning his blocking from director Stephen Brotebeck via Zoom.

Chess in Concert streams December 3-6. Get ticket info at:
https://ttf.sdsu.edu/events/chess-in-concert

Lighting Designer Christina, getting the texture wash just right at Focus this weekend for The Glaspell Project.
TEA (Themed Entertainment Association) NextGen had their first meeting for the Disney Imaginations Design Competition in the fancy new Engineering and Interdisciplinary Sciences Complex today. Participants will submit an idea based on this years prompt:

"In what ways can you create an experience that explores and shares Natural and Ancient Wonders safely for a wide range of guests, at or near the original presumed location?"

Selected finalists get to present their idea to a panel of Imagineers at their headquarters in Glendale, CA, the chance to interview for internships and are awarded a cash prize!

OPPORTUNITIES at & PRODUCTION COMPANY A24!

Hey students, check out their based openings in & More: https://goo.gl/wLjv9c

Click below to read Part 2 of our Series:
"HOLLYWOOD EXECS OFFER TIPS FOR CAREER SUCCESS"

This event is not to be missed! You get to see a great movie AND get some great tips from a pro working in the field. PLUS there'll be puppets...

See you there!
Just the work shown on this page is stunning. What a great programm. Troy.
x

Other Film & Television Studios in San Diego (show all)