Specializing in video and multimedia, Imageworks creates the programming your business needs!

Imageworks is proud to have produced this campaign reform video for the Voters' Voice Initiative. It's time to limit big money influence and give voters control of our local elections again!

Some of the 40 people who gave up their weekend to shoot our new video that will help clean up local elections! https://sdvotersvoice.org/

A 35-year reunion for the founders of Imageworks, working together again today in Redwood City!

Just a reminder - you can always see examples of our latest work on our portfolio webpage! http://www.imageworks.tv/portfolio/

See samples of our recent projects in our portfolio, including an award-winning film about the game of Monopoly, training videos for police, & more!

Shooting timelapse of cryptobiotic soils after the Monday rains in the Del Mar Mesa Reserve for The Chaparral Lands Conservancy to make the case for preservation and restoration.

We're proud to have produced this new video helping the Sierra Club and other groups stop a dangerous suburban sprawl project! (Big thanks to David Drexler for the narration.)

SD CFAR: Making a Difference from Bench to Bedside

Just found out the video we wrote and co-produced for UCSD Visual Media Group will be premiering at a national symposium next week where Dr. Fauci is presenting and is expected to watch the video! https://vimeo.com/389379105

This is "SD CFAR: Making a Difference from Bench to Bedside" by UCSD Visual Media Group on Vimeo, the home for high quality videos and the people who love…

Our latest video for Stephen Whitburn's City Council campaign. Happy to focus on his environmental policies!

Always good to work with nice long-time clients like Gordon Training International, even if Covid has made it a little harder.

Shooting the next campaign video for Whitburn For Ctiy Council. This spot features environmental issues - a subject near and dear to our hearts at Imageworks!

Here's our recent video for Golden West College. Thanks to Michael Griffith for the great DP work with a Canon C300.

For the 19th year, Imageworks produced the annual legal update for 100,000 peace officers in California. Shown below is the Learning Portal on which the videos are presented.

Imageworks President Craig Bentley (left) was inducted into the Television Academy’s Silver Circle for the Pacific Southwest region on Sunday. The Silver Circle signifies 25 years of outstanding contribution to the broadcast community. Craig was introduced by Devin Scott of American Dream Cinema.

Finally got around to ordering the official photo of the 4 Emmy Award wins for Under the Boardwalk, the documentary co-produced by Imageworks' Craig Bentley. Craig received Emmys for producing and editing.

Imageworks' Craig Bentley was recently honored with the Shining Star award by the SD Media Pros!

We are happy to extend the 2014 Shining Star Award to Craig Bentley. His 14 years of service to the organization is greatly appreciated. You can see other worthy awardees under the ABOUT tab on t...

Imageworks’ Craig Bentley received four Emmy Award nominations from the Pacific Southwest chapter of NATAS tonight. Craig was nominated for 3 awards for co-producing, writing and editing the documentary Under the Boardwalk, and one for co-producing last year’s Emmy Awards broadcast.

Here's a fun blast from Imageworks' past. Check it out, and while you're at it, please subscribe to Imageworks' YouTube channel at http://www.youtube.com/user/ImageworksVideo

This is a spot we produced back in 1993 for an indoor/outdoor boomerang toy. The kangaroo was realized through traditional cell animation.

Imageworks' Craig Bentley co-produced the Emmy Awards for the second time in 2012.

For the third year, Imageworks co-produced the NATAS Pacific Southwest Emmy Awards. The broadcast will air this month and next in San Diego, Las Vegas and Santa Barbara. You can see a short promo we did for the Las Vegas airdates on Imageworks' Portfolio page.

Imageworks is dedicated to providing its clients with cost-effective presentations of the highest quality. See below for samples of recent work in our portfolio. Emmy® Awards Broadcast - :30 Promo Spot [jwplayer config=

A total of 364 American small businesses from 47 states and the District of Columbia have signed the Climate Declaration, a statement calling on U.S. policymakers to capture the American economic opportunities of addressing climate change.

Check out the tv spot we just finished for our new client Altrient!

Imageworks was asked by new client Altrient to put this thirty-second spot together featuring Cheryl Brost, judged the world’s seventh-fittest woman. Check out the spot on our portfolio page!

Shooting for the Calif. Dept. of Insurance and El Dorado Co.

Shooting promos for Dimension One Spas in '02

We just added a new video to our channels on YouTube (link below) and Vimeo (http://vimeo.com/channels/474800) - please subscribe so you don't miss any new videos in the future!

The San Diego-based production company dedicated to providing its clients with cost-effective presentations of the highest quality. Specializing in video and...

Welcome to The Music Source, Imageworks' newest client. We wish them luck with the Downtown Project pitch video we just produced for them!

Check out the new (old) tv spots we just added to our channel on YouTube and Vimeo (http://vimeo.com/62744987) - please subscribe to our channel if you haven't already!

Under the Boardwalk: The MONOPOLY Story

Tonight (3/11) at 9:30pm is the broadcast premiere our Monopoly documentary on KPBS TV in San Diego! Imageworks' Craig Bentley will be interviewed during the pledge breaks. http://ow.ly/iL9jt

Under the Boardwalk: The MONOPOLY Story is an award-winning documentary about the game of Monopoly, those who play it, and how the game has become...

Blog for www.vcodex.com: HEVC: not quite twice as good as H.264?

Comparison between the new HEVC video codec and H.264 - similar quality at half the bitrate? Sign us up! http://ow.ly/iAQeV

Here's the trailer for Michel Gondry's very inventive-looking new feature (with the omnipresent Lumineers song tacked on for no good reason) http://ow.ly/i9lf6

An underwater wedding is just one of the unusual images on display in this French-language trailer (don't worry — there's not much dialogue) for...

Twenty-five years of experience in the San Diego area enables the Imageworks staff to match resources such as performers, crew members, equipment, and facilities to the specific needs and budget of your production. This keeps Imageworks' overhead low, saving you costs other production companies must charge for staff and equipment that are often unnecessary for your project. The emphasis away from facilities allows Imageworks to focus on creativity. Imageworks can also produce programs that can be easily updated, making it simple to keep your program current as company information changes.

Be the first to know and let us send you an email when Imageworks posts news and promotions. Your email address will not be used for any other purpose, and you can unsubscribe at any time.

Send a message to Imageworks: 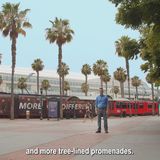 Other Broadcasting & media production in San Diego (show all)