http://financialtalkies.com -- Wondering what it is? Click to find out!

Many beginners find it tough to invest their money as they do not know where to start. With these best stock market apps, your journey’s beginning can be made accessible.

Now, all this work has been made easy with stock market apps. We have brought here seven best stock trading apps that are designed especially for the beginners.

How to Keep Your Business on Budget? - FinanciaL Talkies

If you are unsure of how to record business expenses or do not know what you can claim on tax, take a look at this handy guide.

Keep Your Business on Budget

A business may be established on the principle of marketing a unique product or service or manufacturing a commodity with a completely new and innovative process. It is essential for an enterprise to put in place a system for safeguarding the product, service or process from unauthorized usage and t...

Productivity and procrastination. The two things were a constant part of my life at one point. The problem was, I… by somilbhargava Find Your Greatness! - Make It Count!

Something To Live By!

How To Succeed In Life...

You have unlimited power! 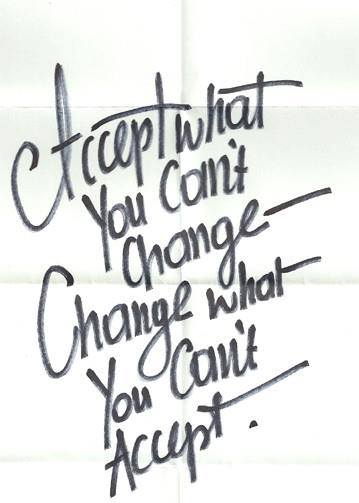 It's time for change!

Financial health is a privilege that should be afforded to everyone – and it starts with being willing to have the conversation while also recognizing our own background and bias.”

We live in a time where you’re one swipe away from your soulmate or a few clicks away from a great business idea. The reality is that we have all of the opportunities around us to create a great life for ourselves.”

The point of budgeting is to use your money purposefully so that more of it goes towards the things you care about.”

You can try to “do it all”, but you’re still limited to 24 hours of time each day. For as much as you might want to give to others – especially during the holidays – you need to take care of yourself too. Say “no” when you need to. It’ll be ok.”

Not every answer can be a life-hack or a minor personal change: sometimes there has to be a floor. There has to be dignity and health and a future for people who cannot afford it.”

When talking about debt is taboo, it keeps people more in debt. Alcoholics Anonymous works because of the support system.”

It’s about the way money makes you feel. Whether you’re scared by it, obsessed with it or believe you’ll never have enough, it’s emotions that drive our finances.”

I never want money to dictate what I can and can’t do in life.” Do you?

The benefits of pursuing financial independence are many but being able to handle stressful, unexpected events with ease is one of the most valuable.”

Here’s a good rule: If the thing you’re considering buying has a special word in the name, you almost certainly don’t need it.”

Every penny you save is a penny you could use to save or invest to make more money.”

Disrupting the routine of your current spending can help you identify which expenses are truly priorities and which have simply become a matter of habit.

Excuses prevent you from living the life you want. You’re giving up before you’ve even begun.

It doesn’t matter if you’re looking to lose weight, save more money, or trying to run a business – you have to take the next steps to get to your end game. Analyze your current situation, make your decisions, and move on.

For most people saving money may seem like a low priority. Our brains are usually too tuned in to the instant gratification of spending, but having a money cushion and an emergency fund are an important part of your financial well-being.”

I made the choice to view debt freedom as the “end all, be all”. A little more thought and I would have realized that debt freedom is the beginning of another chapter.”

A side-hustle can help you reach your financial goals faster and fuel your entrepreneurial spirit. Do what you love, on the side, and you can strike the perfect balance between entrepreneurship and a steady paycheque.”

For all those people who are mired in debt like I am, don’t be ashamed. It’s part of your story. Your journey. Your legacy. Your triumph. It’s ok that we’re not perfect. It’s ok to be human and make mistakes. It makes you more real.”

The most priceless item that all people have is time. The more time you have in life, the more opportunity you have to build your empire of wealth and prosperity. Take advantage of your money earning potential now.”

It’s a much better mental exercise to pretend that all the money you’ll earn in your lifetime is already there, and going to work every day is just the contingency you need to fulfill in order to access it.”

Not every dollar of ours is meant to build wealth. Every dollar needs a *purpose*, but that purpose will differ depending on our current goals.”

Be the first to know and let us send you an email when Financial Talkies posts news and promotions. Your email address will not be used for any other purpose, and you can unsubscribe at any time.

Send a message to Financial Talkies:

Ever wondered what color is the mirror... Transparent, silver....

Ever wondered what color is the mirror... Transparent, silver...Here is the answer..

After presenting its fastest-growing searches for the year in print, Google has made a video recap of the last 12 months. The search giant confirmed that to date in 2012, it has serviced 1.2 trillion searches and 146 languages.The Google Zeitgeist is split into overall searches, images, athletes, events, people feature films, TV shows, performing artists, and other categories. Users can also split up the statistics by country, and depending on the category, see results as "trending" searches or "most searched". "Trending" is defined as search queries with the highest amount of traffic over a sustained period in 2012 as compared to 2011. "Most searched" ranks items by the largest volume of searches. For more breaking entertainment and tech coverage follow www.facebook.com/newsandfunn

Amazing BOUNCY BRIDGE and much more

The architects at Parisian firm Atelier Zündel Cristea know that bridges can be destinations in and of themselves. "Think about the lovely Pont Neuf or Pont des Arts," one team member told me. "In Paris, you don’t just cross a bridge … you admire the city from the bridge." But their proposal for the recent "A Bridge in Paris" competition would offer pedestrians an entirely new way of seeing the City of Lights--like, upside down. Instead of a staid walkway, AZC’s proposed bridge calls for a series of inflatable, Seine-spanning trampolines. Dangerous? Maybe. Unrealistic? Probably. Really, really fun? Undeniably.

Other Magazines in San Francisco