The Wrong Rock will be screening in Paris in June in this wonderful film festival for kids! https://childrencarefilmfestival.org/#festival

Last year HEROmation Storyboarded and produced over 18 minutes of 2D animation in 10 videos for Headspace in both, widescreen (16:9) and vertical (9:16) formats. http://heromation.com/project/headspace-mindful-eating/

The Wrong Rock has passed 3 Million views. We thought we'd remind you how it got made in this making of documentary. Enjoy! https://youtu.be/fNdDdymgJwc

If you're looking for a holiday gift for kids ages 7+ check out our new book, It's a Squirrely Life. It's a wild adventure to save Christmas after all the nuts are stolen from Oak Creek bank. George is an underdog, but when he sees what forest life would be like without him, he gets the courage to face the thief and brings the community together to save the day!
Available exclusively on Amazon. https://www.amazon.com/dp/0998378682/

Director’s new book takes a deep dive into the making of his animated shorts including the Oscar-qualified ‘The Wrong Rock;’ the animation veteran shares tips for filmmakers to ‘…reduce pain, cost and stress’ in the production process.

New Book! 'Animated Filmmakers' dives into the stories behind Michael Cawood’s many award winning indie short animated films, all made with passion… but virtually zero budget. This book then guides the reader through the lessons he’s learned that will save filmmakers time, money and stress. Learn advanced tricks behind winning festival awards, crowd funding, recruiting talent and virtual studio production while avoiding scams and time wasters. Hear from key team members and see how their time working on these films boosted their careers. https://www.amazon.com/gp/product/0998378674/

The Wrong Rock screens this Saturday at the Taichung International Animation Festival in Taiwan, but you can watch it now online https://www.youtube.com/watch?v=eDaNejmf-1A https://twtiaf.com/2021/film.php?id=132

Registered for Kidscreen Pitchfest! Excited to share our slate of new ideas! http://heromation.com

The Wrong Rock has passed 2 Million views on YouTube. Regular fans of this and our Devils, Angels & Dating fan page know that we like to share our statistics from time to time as a thank you to all the people that helped out. Here you can see that we had very little views for a year and then things took off. Note that the revenue shown here is before our network partner and the tax man takes their cut. So the earnings are still working their way towards paying for the festival run, and no-where close to covering out of pocket costs or labor. But it's still a lot more than we might have expected. Thank you to everyone that has posted such nice comments. J.P. Cawood Grant Kirkhope The Mrs Artella Redshift Render community Redshift Love from Mars has progressed to Semi-Finalist in Stage 32 Sci-fi Screenwriting Competition. Woohoo!

Our project Love from Mars is a Quarterfinalist in the Stage 32 Sci-fi Screenplay Competition!

Our Short Film, The Wrong Rock, is being welcomed back for a "Best of Festival" Screening at the Desoto Festival on Friday.
http://www.desotofilmfestival.com/schedule/
Learn more about our film at http://thewrongrock.com/ Grant Kirkhope J.P. Cawood The Mrs Desoto Arts Institute

Screening times and dates for the DeSoto Film Festival in Southaven to help you plan your family film festival experience.

Creating and finishing your animated short film is amazing in itself and Michael talks about the choices he made to ensure that the project would be completed before the birth of his son.

The animated series about mindful eating we produced is now live in the Headspace mediation app! http://heromation.com/project/headspace-mindful-eating/

The Wrong Rock has had renewed interest lately. We're honored to be under consideration for the Oscars in the first round of voting at the moment. We've also seen more views on YouTube and Prime than ever before. We're getting more views every ten minutes online than all of the festival screenings combined over two years! The comments are wonderful to see. We're really grateful to finally be reaching our audience. https://youtu.be/eDaNejmf-1A

You can watch 20 of the Oscar-qualifying animated shorts online, including The Wrong Rock #oscarqualified #animation https://www.cartoonbrew.com/awards/watch-at-least-15-oscar-qualified-animation-shorts-for-free-online-201173.html?fbclid=IwAR3OOxjtknQfoxA_6cF4LB5-LWdZr-gAZoLzrFYLRLC-_ExuSfnhLqw7E6A

And do it soon — these films won't all remain online for long.

Our festival run continues with this week's Peques Film Festival in Spain https://pequefilmes.com/cortometraje/the-wrong-rock/

Thanks to Animation Magazine for featuring us! Check out the Making Of documentary to learn more about how The Wrong Rock was made.

The Wrong Rock has qualified for the Oscar's Best Animated Short Film list! We're so thrilled to be included. Congrats to our entire team of artists who came together to make the film.
https://www.cartoonbrew.com/awards/oscar-2021-best-animated-short-film-the-list-of-96-qualified-films-exclusive-200381.html#disqus_thread
https://www.youtube.com/watch?v=eDaNejmf-1A

The Wrong Rock won 2nd place in the Professional Audience Awards at the ICONA Festival. Thank you also for all the love and attention we've gotten on YouTube recently. http://thewrongrock.com/ The Mrs Grant Kirkhope J.P. Cawood

We're excited to be a part of the The Animation Guild, IATSE Local 839 Virtual Holiday Market! Check out our wares as well as many other talented artists while you do your holiday shopping https://keyframemagazine.org/2020/11/20/the-animation-guilds-3rd-annual-virtual-holiday-market/2/

Shop local and support your favorite Animation Guild artists in this virtual holiday market - you'll find unique gifts for everyone on your list!

We're excited that The Wrong Rock will be screening at the ICONA Animation Festival this weekend. Festival ICONA https://iconafestival.eu/2020/en/ http://thewrongrock.com/ J.P. Cawood Artella

We've made it through another round! Love from Mars is now a semifinalist in the ScreenCraft TV Pilot Competition

Thank you Animationland for featuring our film The Wrong Rock https://animationland.fr/un-magnifique-film-danimation-sur-la-tolerance-et-le-respect-des-differences-1/

#TheWrongRock will be screening Cardiff Animation Nights this Saturday in Cardiff. Director, Michael Cawood, studied animation at University in Cardiff Wales 1996 to 1999 (known at GCADT in Pontypridd at the time). http://thewrongrock.com/ Enjoy!

The Wrong Rock – Short Film. Martin was born on the wrong rock. Martin is a mushroom and he challenges the rules of the land to travel to a far away rock.

Martin the mushroom was born on the wrong rock. Martin overcomes enormous challenges to travel to a far away rock where he hopes to be accepted. This is a st...

We've been wondering how our film, The Wrong Rock, would be received if instead of travelling from right to left... the story traveled from left to right. A subtle shift, but one that might mean something different to different people. So we've prepared a special version of the film for Vimeo. It's also been trimmed for a shorter run time. Feel free to check it out and share. https://vimeo.com/395646438

Martin the mushroom was born on the wrong rock. Martin overcomes enormous challenges to travel to a far away rock where he hopes to be accepted. This is a story…

The Wrong Rock was awarded an Honorable Mention at the Prague Piif Festival Quarterly Awards making it a contender for their annual event later in the year. https://www.piif.org/quarterly-festival Our Sonoma appearance has been delayed due to the Corona Virus concerns, but it'll be rescheduled. Stay safe! The Mrs Grant Kirkhope Michael Cawood J.P. Cawood

Excited to announce The Wrong Rock has been selected for the Prague International Film Festival!

Time to reveal the short films at the OFFICIAL SELECTION list for Piif Festival.
Click and check it out!
https://www.piif.org/quarterly-festival
Share your happiness with the world and TAG Piif Festival

Be the first to know and let us send you an email when HEROmation posts news and promotions. Your email address will not be used for any other purpose, and you can unsubscribe at any time.

Send a message to HEROmation: 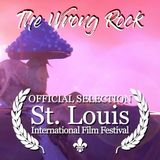 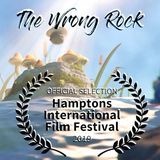 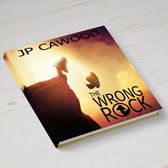 360 behind the scenes on The Wrong Rock

Were you born on "The Wrong Rock"? https://igg.me/at/thewrongrock

Un tierno hongo, una historia llena de emociones y una gran banda sonora nos recuerda que, a pesar de nuestras diferencias, todos somos parte de la misma roca 🌎🍄 ¡Tienes que ver el #CortoSaturnino de esta semana! #TheWrongRock HEROmation Elegido por Andrea Morlote.
The Making of HEROmation's "The Wrong Rock" | Amazing Oscar Qualified Indie Animated Film Go behind the scenes of this award winning indie animated short film, created by a team of remote volunteer artists. http://heromation.com/project/the-wrong-rock-insider/
"The Wrong Rock" is now LIVE on Amazon Prime in the US and UK! We're so proud of HEROmation, Grant Kirkhope, and the rest of the team. We're also grateful that we were involved in this beautiful project. 💗 #AnimatedFilm #Film #WomenWhoRock
We're so excited that our friends at HEROmation were officially selected for the LA Animation Film Festival Screening. Congrats, y'all! ❤️ LA Film Festival
See HEROmation's appealing breakdown of The Wrong Rock, its animated short, showing the CG characters and a lot of liquid simulation: https://www.youtube.com/watch?v=mpGg1ARu1Fo Watch the final short: https://www.youtube.com/watch?v=eDaNejmf-1A
"The Wrong Rock" is now LIVE on YouTube! We had such a blast working on this project with HEROmation. 💗 #Animation #AnimatedFilm #Film #WomenWhoRock
HEROmation’s award-winning short, animated film and a previous #SLIFF official selection, The Wrong Rock, has been released on YouTube. Written and directed by Michael Cawood, the film is a tale of equality told through the adventures of a mushroom. The Wrong Rock is an indie film made entirely through the virtual studio model. Hundreds of artists from all over the world collaborated online with the Artella platform. Visit http://TheWrongRock.com to watch the film and a behind-the-scenes documentary.
Join Andra Liemandt and HEROmation for a behind-the-scenes look into the making of "The Wrong Rock!" #AnimatedFilm #Animation #WomenWhoRock
Martin the Mushroom is taking in the sights before he walks the red carpet at the St Louis Film Festival. Exciting times! St. Louis Film Festival https://www.cinemastlouis.org/sliff/sliffkids-family-shorts-1 HEROmation
Congrats to our friends at HEROmation! Their short film, "The Wrong Rock," won at the Davis International Film Festival this past weekend. We were so grateful to have been included in the process. Our song, "The Right Rock," was featured in the film. We're so proud of y'all! 🎉 #TheWrongRock #CongratsYall #ShortFilm https://bit.ly/31YGoAl
#TheWrongRock screens Satisfied Eye International Film Festival in Kingston Upon Thames in the UK on the 19th of October. Good luck to all the filmmakers. Grant Kirkhope The Mrs Redshift Render community Artella J.P. Cawood Michael Cawood
The Wrong Rock comes to the Hamptons from the 10th of October. Hamptons International Film Festival The Mrs Grant Kirkhope J.P. Cawood