NEW TRAILER! Check out the first trailer for @northstar_thefilm! And join us at the @fargofilmfest March 19th at 1:30pm to see North Star on the silver screen! More info at our website. #northstar #fff22 #fargo

Another “pinch-myself-is-this-actually-happening” moment in the making of @northstar_thefilm was getting word back from @zacbrownband that we had permission to license their song “FREE” for our films soundtrack. I came across this powerful and truthful love ballad years ago. And I often listened to it while driving long commutes and visualizing North Star (visualization is a key part of the writing process for me). The lyrics capture everything I feel in my own relationship with my partner and I wanted to be able to capture some of those profound feelings in the script. This song was in constant rotation as I polished the script and made storyboards and vision boards and took long drives to scout locations. When we were finally in post production, I took another long shot (this whole film is made on impossible long shots) and asked our brilliant music supervisor @marthagsettle with @soundwavestudiosofficial if she thought we could get the song in the film. She had me write Zac Brown Band a letter. And we sent the script. And soon, we heard back: YES, we could use the song in the film!! So, we have it play on the truck radio as “MIKE” (played by the incredibly talented @chris__sheffield) arrives to the ranch. (Yes, Chris is driving that big 6 speed stick shift truck with a horse trailer, no that is not his can of Copenhagen on the dashboard, yes, the tassels are from Southern Trinity High School). The song fits the themes of the film perfectly. I am so grateful and proud to have it as a part of our film. Thank you Zac Brown Band for letting us add your beautiful, poetic and moving song to our film.

🎧NOW AVAILABLE: NEW MUSIC!!!!
•
NOW STREAMING: “EYES WIDE OPEN” the original single by BLANCO WHITE for the NORTH STAR soundtrack is now available on SPOTIFY (link @northstar_thefilm bio) APPLE MUSIC & YOUTUBE 🎧
.
🎤 When we had our first listening session earlier this year over Zoom (a pandemic, continent and ocean between us required remote sessions), Blanco and Jon watched as emotion took over and I was speechless. (Which is rare, lol). What they have written gently and powerfully brings out the love and bond and loss and connection of the characters in the film in ways that only poetry and music can. And Blanco’s heartbreaking performance…. go listen for yourself. It’s haunting. And devastating. And loving. And deeply true. He also played each instrument with the same emotional truths he sang with. We had a listening session shortly after with the producers. They all wept. This song on its own is powerfully beautiful. Matched with the film, with the performances of Malcolm Gets and Colman Domingo, it becomes the soul of the characters they embody.
.
Making Indepentent film is a magical miracle. I can’t explain how it all gets done. It’s a process that has a life of its own. I couldn’t have known when setting out that I would end up here with this film and this song. Yes, I had a vision. Yes, we realized that vision. However, I can’t explain how. Other than: enough faith and tenacity and vulnerability that other incredible artists came out to join and collaborate to bring the vision to life.
.
We can’t wait for you to see the film. Right now, you can go listen to the single. Enjoy.
.
EYES WIDE OPEN from “North Star”
🎶Written by Blanco White and Jon Altham. On SWS Records. Mixed at Abby Road, London.
.
🎧Streaming on major platforms. #streaming #spotify #youtubemusic #applemusic #abbyroadstudios #blancowhite #northstar #originalsoundtrack #eyeswideopen

Our official MOVIE POSTER for @northstar_thefilm has landed!! Thrilled with how this turned out. And had a fantastic time at the shoot with our wonderfully talented photographer @karlsgallery and designer @susanclemens and our hand models @tatmeloon @scottpatrickerwin
.
#movieposter #keyart #billingblock #northstar #knowyourwhy #indiefilm #filmmaking #directorslife #sixdegrees #22 #twenty2films

Our hearts go out to our friends at Coffee Creek Ranch, lost to one of the devastating fires burning the forests of Northern California.
This is home to Butterscotch, the horse who plays “North Star” in our film. The ranch helped to provide us lodging and a place to socialize with a cold beer, a warm fire, and good laughs after long days of filming. Owner Bill Hartman and his daughter and staff worked as horse wranglers everyday on set with us. He provided us with truck as a picture vehicle and his saddles as props. His mom, Ruth Hartman, made sure we had good meals and great stories to keep us entertained every time we saw her.

They have become our friends and colleagues. Our connection to the community.

A GoFundMe page has been set up for Coffee Creek Ranch. And if you can swing it, anything at all, please consider doing so. Link is here: https://www.gofundme.com/f/coffee-creek-ranch-destroyed-by-rivercomplexfire

Their beautiful ranch was beloved by everyone was ever lucky enough to visit it far up in one of the most beautiful and wild forests of Northern California. The loss of their home, their business and the forests is devastating. More than 70% of Trinity County has burned in the past couple of years. Last year, while we were filming in the northern part of the county, the southern part, where I had lived as a teen, had burned. Many friends lost property. And the same is happening this year. The forests are very dry. Drier than I’ve ever seen. And the fires are unmanageable. The loss is hard to take.

The photos here show the aftermath of the fire. They lost everything. They were able to move their animals, everyone is safe, including Butterscotch.
We are hoping that the other ranches and the town of Coffee Creek will make it. This last photo is one Bill took on Sunday that shows the fire burning down the mountains toward our filming location, Eagle Creek Ranch. We are hoping for the best. And are grateful that people are safe. We just hope these beautiful and historic places left standing can be saved. And that the families who have lost their homes and livelihoods, like the Hartman’s have, can get some love and support from the rest of us. #coffeecreekranch #trinityalps #rivercomplexfire

Transforming @supervsn studios into a signature concert venue for @socialhouse with one of the best crews ever assembled. #goodpeople #talentedartists This one releases in a couple weeks... (hint: it’s GREAT) More soon. Will add tags after the official release!! #keepmovingforward #keepcreating #collaboration #covidsafe #newnormal #makemusic #socialhouse #supervsn #safetyfirst #covidcompliant #covidtestedfirst

Why We Tell Stories.

This tells why we do what we do: tell stories.

Very happy to announce this! Visit OurOneStory.com for more... :)

Come help us solve a Mystery!

Documentary project on the stories behind artifacts from LGBTQ history, created by Neal Baer, P.J. Palmer, and Michael J. Wolfe. More at www.OurOneStory.com.

The Mystery of the 1957 Gay Wedding Photos

In the 1950s, a Philadelphia photo shop refused to return these pictures. Sixty years later, they've been found.

If you hear a voice within you say, ‘You cannot paint,’ then by all means paint, and that voice will be silenced” - #VincentVanGogh

A writer, out of loneliness is trying to communicate like a distant star sending signals. He isn't telling, or teaching, or ordering. Rather, he seeks to establish a relationship with meaning, of feeling, of observing. We are lonesome animals. We spend all life trying to be less lonesome. One of our ancient messages is to tell a story, begging the listener to say and to feel, yes, that's the way it this, it is, or at least, that's the way I feel. You're not alone, as alone as you thought. - #JohnSteinbeck

This evening light tho.

Who would you wish into that chair? I have my answer... :)

Be the first to know and let us send you an email when (twenty)2 films posts news and promotions. Your email address will not be used for any other purpose, and you can unsubscribe at any time.

Send a message to (twenty)2 films: 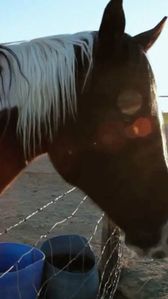 Why We Tell Stories. 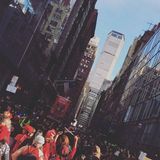