We tell your story. http://www.cyberiamedia.com/ Quite simply, we work to make you look good. We are creative problem solvers; thinkers, designers &
techies who live to harness new technology.

We value content & ideas. Our world is cross–platform media. We create in video, motion graphics, print & mobile. We create media for live events, marketing, branding, ID,
video walls & mobile content. We are the smart imaginative people you are looking to work with. Ideas. Design. Production. cyberia is media.

We’re on the Women's Business Enterprise National Council - WBENC's new COVID-19 supplier list alongside a robust group of Women-owned businesses across industries. To see the full list of companies offering services and supplies to help fight the pandemic, please visit:

Excited to share video #5 of 5 we produced for Lincoln! Thanks again to our amazing cast and talent.

Video #5 of 5 for Lincoln! Thanks again to our amazing talent and crew!!

Video #2 of #5 for Lincoln! Thanks again to our amazing crew and talent.

Excited to share the automotive service videos we made for Lincoln's upcoming customer-facing website. Here is video 1 of 5! Thanks to our amazing crew and talent. We had SO much fun on this shoot.

A big thanks to MarCom Awards for honoring our product launch for Armor Guys with a Gold Award in Strategic Communications!

Graphene is a stunning, Nobel Prize winning discovery. ARMOR GUYS is very much on the cutting edge of this disruptive new technology.

Busy Summer! Here's what we were up to.
Completely #ShotOniPhone

Thrilled to have received this award in the mail for a product launch video we produced last year!

Thank you Communicator Awards for recognizing our work.
Thank you to our amazing client Urban Decay Cosmetics.
And many thanks to our talented cast and crew.

KYORENE: The Science of Graphene

Hey, Everyone! We’ve had an incredibly creative summer and are excited to share some of our favorite projects with you.

Here’s an animated piece we wrote, designed, and produced for our amazing client, Armor Guys. "The Science of Graphene” is one of two videos we created highlighting the new and fascinating technology that is their graphene fiber, KYORENE.

Scientists call graphene the miracle material of the century. And as you'll see, it's pretty remarkable.

Armor Guys | The Science of Graphene

The Science of Graphene | Armor Guys

Cyberia highlights a stunning new technology based on graphene—the material for the 21st century—in one of three linked spots recently completed for the entrepreneurs at Armor Guys. Graphene is woven into a fiber called Kyorene, and then transformed into …

As part of the Keynote Opening experience at this year's RSA Conference in SF, we were challenged to script and create videos, 10400 x 1080 pixels wide, for an audience of 40,000.

After months of research, writing and cutting... It was an honor to watch John Lithgow perform Hacked Planet--written by our very own Jackie Austin--live on stage.

"Imagine a hacked planet. Imagine how the earth would be, without security.”

Focus On "Man with a Movie Camera"​

We're starting a new project to highlight some of our favorite films - inspirational works that are essential viewing for anyone involved in the media making world.

In a lifetime of watching movies, I've seen Man with a Movie Camera (1929) more times than I can count. I believe it’s required viewing for anyone who

Happy to say that in addition to the two W3 Awards we received earlier in December, we also just received four American Graphic Design Awards for Tech and Auto work completed this past year.

Thank you @GD USA Magazine and @The W³ Awards for the recognition!

We won GOLD... twice! Proud to announce that the Keynote Open Video and short documentary which we wrote, directed, produced, and edited for the 2016 RSA Conference, recently won W3 Awards in two different categories.

Can't wait to get started on the 2017 RSA Conference Keynote!

"Call+Response: 25 Years of Internet Security"is a short documentary telling the story of cyber security from 1990 to 2015. Folded into this story is the founding and development of the RSA Conference, whose growth not only parallels the history of cyber security, but in many ways defines it. The project was originally developed in two formats: 7:1 (10,400 pxls x 1080 pxls) for event presentation and 16:9 standard HD for the web.

16:9 version This short documentary tells the story of cyber security from 1990 to 2015. Folded into this story is the founding and development of the RSA Conference,…

We're thrilled to finally be able to share this piece! 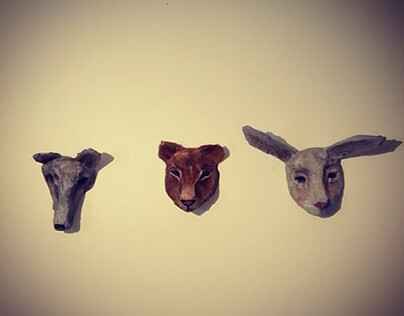 We are very excited to announce the online release of our short film, "It's Okay"! Directed by Tamar Levine, starring Jenna Fischer & Thomas Sadoski. Watch it here: http://cyberiamedia.com/its-okay

Be the first to know and let us send you an email when cyberia media posts news and promotions. Your email address will not be used for any other purpose, and you can unsubscribe at any time.

Send a message to cyberia media:

How Soon is Now