Seek & Destroy on KEXP 90.3 FM and streaming from kexp.org. Seattle home for underground metal radio airs midnight on Saturday nights until 2am on Sunday mornings with your host Tanner Ellison.

The nightmare continues! My thanx to the @sonic.reducer.kexp crew for letting me come in and spin 3 hours of D-beat, crust, grind, h/c, and whatever else i could throw on the turntables! A large portion of the setlist was PNW artists that have helped get us all through the last couple years, but i mixed in a ton of great punk from all over the world and of course some classics.
If you missed the tuning into the show, you can stream it from the archive at kexp.org anytime.
I'm back on air tonight at midnight to deliver more death and destruction on Seek & Destroy, KEXPs metal show ⚔️⚔️⚔️

TONIGHT! I will be spinning D-beat, crust, grindcore, hardcore, and classic punk from 9pm to midnight, then kicking over to spin vile and wretched metal until 2 am! Join me when i cover Sonic Reducer and then continue the onslaught with Seek & Destroy on KEXP 90.3FM Seattle or streaming and on demand from kEXP.org
What abominations and aural assaults would you like to hear???

YOB playing the first NWTF 5 years ago(?!) So excited to return to the fest this year as a fan and a headbanger (instead of helping organizing and running around helping oil the machine)!
The Seek & Destroy crew will be there all 3 days partying while the indomitable Brian Foss holds down the DJ booth back at the station. What bands are you most excited to see???? See you there!

Finally finished our move, but seem to be having trouble getting my records back on shelves... I'll be on-air tonight at midnight with some classic black metal, some new doom, and some stuff to listen to while feasting on the entrails of your slain enemies. Stream from Kexp.org or one of our apps or go low tech and tune your antenna to 90.3fm Seattle. Metalhead powered radio 666

A darkness in the west descends upon the KEXP studio. Catch the incredible live in-studio performance of Wayfarer on Seek & Destroy at KEXP's youtube channel or stream it from the archives at kexp.org https://www.youtube.com/watch?v=y8c0HEe041w

TONIGHT!!! Wayfarer live KEXP In-Studio session airs tonight on Seek & Destroy! My eternal thanks to the band for visiting Seattle and recording a full live set for us at the KEXP station before going and shredding up @substation.seattle that same night. Finally getting to see the band play A Romance with Violence tracks live after waiting several years was truly a unique and amazing experience that you all can share in by tuning in tonight! We will air the In-Studio in the first hour of Seek & Destroy tonight after midnight. KEXP 90.3FM Seattle and streaming from KEXP.org.

Thanks to Suggz for engineering, Schuler for photos, and our whole video crew for the video out on YouTube May 3rd!!!

Enriched with pure Norwegian evil!
(playlist below) Last week's infernal transmissions into the void brought us cult classics, new releases, and some favorites from 1986 in support of our ongoing celebration of 50s of KEXP.

Talked a little about the Wayfarer live studio performance which is airing next weekend on April 23/24th on S&D, about how much I love local black metal enigmas Void Wraith (upcoming album and also shows at Bar House and Cvlt Mead), and how awesome our listeners are for supporting the station and sending me the best requests and stories! You can listen to last week's show anytime from our streaming archives or just tune in tonight for a new show! Seek & Destroy on KEXP 90.3 FM Seattle and kexp.org

On air tonight at midnight! Gonna do something a little different with the setlist tonight... Tune in at midnight to KEXP 90.3FM Seattle. Nerds can stream directly from kexp.org or one of apps on the Google/Apple app stores.

Sinister Monstrosities Spawned By the Unfathomable Ignorance of Humankind, by Oxygen Destroyer

Local tyrants of destruction Oxygen Destroyer unleashed their sophomore Lp this weekend "Sinister Monstrosities Spawned By the Unfathomable Ignorance of Humankind" and it is brutal! Get yours here: https://oxygen-destroyer.bandcamp.com/ Tune in tonight to hear more depraved underground releases from Seattle

This is perfection. Its a shame that Sweden's Witch didnt have more material out. You can get a fairly complete collection via a compilation from Cult Metal Classics Records

Discharge ⚡⚡⚡ I'll be spinning records on KEXPs punk show Sonic Reducer for all 3 hours on Saturday night! I've got a night of grindcore, d-beat, crust, crossover, hardcore, and some punk rock classics planned for the show! I'll flip the tables and be spinning nasty lofi black metal and sludge infused death after that on another edition of Seek & Destroy! Chaos starts at 9pm Saturday night on 90.3FM Seattle and streaming everywhere from keep.org.
Any last requests????

Rest in peace. Thank you for guiding us along the left hand path.

Entombed A.D. vocalist Lars-Göran "L-G" Petrov loses his battle with bile duct cancer on at the age of 49.

A Diabolic Thirst, by SPECTRAL WOUND

The thought of this upcoming album from Spectral Wound is keeping the cold hands of death from my doorstep. I probably listened to this song 20 times since they dropped it. If you didnt get a chance to hear it on Seek & Destroy last weekend, stream the full show from KEXP.org or check it out on Profound Lore Records bandcamp at the link: https://spectralwound.bandcamp.com/album/a-diabolic-thirst

Stay home, listen to the radio! Stream last weeks show to hear our favorite tracks off of all these great albums. Tune in TONIGHT to hear our top 10 list of Pacific Northwest artists. There were too many incredible releases out this year, particularly from right here in our neck of the woods, so we made 2 lists and 2 shows! See you at midnight on Seek & Destroy on KEXP 90.3 FM Seattle.
https://www.kexp.org/read/2020/12/24/2020-top-ten-list-spotlight-tanner-ellison/

Over the past weeks, we've been spotlighting our KEXP DJs Top Albums of 2020. Check out the Top 90.3 Albums of 2020, as voted on by our listeners, and check out more top albums from KEXP DJs here.

Be the first to know and let us send you an email when Seek & Destroy on KEXP posts news and promotions. Your email address will not be used for any other purpose, and you can unsubscribe at any time. 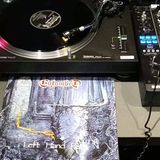 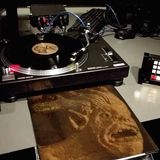 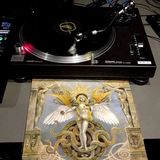 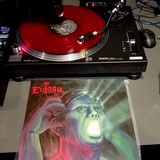 Seek & Destroy is KEXP 90.3 FM’s metal show airing (and streaming) Saturday nights at midnight directly after the punk show, Sonic Reducer. Every weekend, you can find me, Tanner, huddled over a stack of vinyl and tapes ranging from the most knuckle dragging local Death Metal to the incredible soaring riffs of classic NWOBHM. I love all genres of metal and try to curate each show’s playlist with a balance of new and old, local and international. IM/DM me anytime with recommendations of your favorite metal bands I need to be playing or even your own brutal projects! Seek & Destroy on KEXP 90.3 FM Seattle, Saturday nights at midnight and streaming all the time, anywhere, from kexp.org https://www.instagram.com/seekanddestroy_kexp/ http://kexp.org/

I'm gonna do a fill in on Seek & Destroy on KEXP tomorrow night. In honor of KEXPs 50th anniversary the year we're focusing on is 1975. Should I play the 1st Quiet Riot single? What else should play/not play?
I'm filling in on Seek & Destroy on KEXP this weekend and I have an hankering to play 5 song sets by NWOBHM bands Raven & Saxon, so 2 hours of New Wave Of British Heavy Metal it is.
Doing an unexpected Sonic Reducer shift at 9pm - its KEXPs fall drive and they gots beanies for donators - listen in at 9pm, it wont be boring. Then a Twilight Zone themed Seek & Destroy on KEXP at midnight tonight.
Doing a fill in on this weekends Seek & Destroy on KEXP First Twilight Zone broadcast was Oct 2 1959 so I'll be playing #TWILIGHTZONE metal music midnight to 2am PST
Howdy. Ever played Nemophila? They're promising entry in the Japanese LadyMetal scene. Members are from various metal bands, kind of an all-star outfit. Perhaps old news to you metalheads out there...
Cyndi makes some killer buttons. Oh, and I'm filling in on Seek & Destroy on KEXP this Saturday night - playing 70's METAL
Gonna do a metal fill in on Seek & Destroy on KEXP tomorrow. I wanna do all local - looking for NW requests! What's yer favorite North West metal tracks? Please request specific songs, your favorite NW metal tracks - not just bands - thx!
Martin Birch died in August. I'm gonna do a fill-in Seek & Destroy on KEXP this Saturday night and do a tribute to him & play some records he produced/engineered - Maiden, Sabbath, Purple, Rainbow, MSG, BOC, and some of his early proto-metal recording's like Jodo & Toad. I'll also throw on some of his Wayne County tracks on SR. But he also produced a lot of prog, folk & pop bands besides metal. Check this one out -
Doing a fill in on Seek & Destroy on KEXP midnight tonight, playing some Medical Metal tracks. Its our fall fund drive too, KEXP listener powered radio!
Now Playing! “Concealing Waters” Much thanks to Tanner for selecting our latest for Seek & Destroy on KEXP alongside our friends in Bell Witch, Solicitor and more... https://www.kexp.org/shows/SeekAndDestroy/
Waves Like Weapons In the midst of this hoarding pandemic from Covid19. We have our cleaning supplies, and toiletries on locked down so the recording process can now commence. #WavesLikeWeapons #musiciscoming #NewMusic #recording #studiotime #singlecomingsoon #1stEP
Looks like I'm doing the 2nd half of Sonic Reducer on KEXP then doing a fill in on Seek & Destroy on KEXP tonight too. Think I'm gonna be focusing on lady rockers on both shows. Bring out yer guitars!
https://facebook.com/events/s/waveslikeweaponsnoparadisethee/499664120966884/?ti=cl Waves Like Weapons is playing an All Ages event on March 8th. If you like heavy music we ask you to come out and support the show. 10$ cover, 6:30pm doors, 7pm show.
https://m.facebook.com/story.php?story_fbid=2849264208645505&id=2667369976834930 Waves Like Weapons rocking out the track The Departed from their last practice, it's a heavy one so please bang your head and enjoy.
RIP Neil Peart of Rush. He died from brain cancer. I can't say I'm a huge Rush fan but I do have a love of their 70s stuff. I'm filling in on Seek & Destroy on KEXP this Saturday and will be doing a tribute, playing his heaviest tracks. Any requests? Also any suggestions for later period Rush that actually rocks?
Shows with Mondo Generator, Conan, Yawning Man (Official), and many other fine acts. Luminous blue vinyl care of Forbidden Place Records. Guest DJing on Seek & Destroy on KEXP. Watching HOLY GROVE demolish Spanish Ballroom with (the) Melvins. Playing Highline Bar with Indian for Northwest Terror Fest. Thanks to all who supported STAHV in word and deed in 2019. More to come... Top middle 📷 by Chris Schanz.