Seattle's finest freeform radio station! Tune in at KHUH 104.9fm in Seattle's Central District or connect to our 24-hour live stream at www.HollowEarthRadio.org from anywhere.

Named one of the world's 100 essential radio stations by The Wire Magazine. Hollow Earth Radio is a community-run FM radio station that presents a forum for music, sounds and perspectives commonly under-represented by the media. We support the local music community in the Pacific Northwest by exposing works that have yet to be unearthed or have long been dormant. We acknowledge and celebrate raw t

Named one of the world's 100 essential radio stations by The Wire Magazine. Hollow Earth Radio is a community-run FM radio station that presents a forum for music, sounds and perspectives commonly under-represented by the media. We support the local music community in the Pacific Northwest by exposing works that have yet to be unearthed or have long been dormant. We acknowledge and celebrate raw t

Register for either one at https://tinyurl.com/2p8e3h9m to get involved in local radio, help support the arts in the Pacific Northwest, and share awesome music!

Hollow Earth Radio is looking for volunteers to fill the Treasurer and Tech Focus Lead positions on our Board of Directors. Candidates should be willing to commit to at least one year of service, and should be current residents of the Western Washington area.

Information on both positions, and an application form, are available at https://forms.gle/6AsKLzCeY4uHVBEA8 (application deadline is May 11).

Are you interested in volunteering with us in another area, such as publicity, business, fundraising, and more? Sign up for our newsletter at https://www.getrevue.co/profile/HollowEarth to hear about upcoming volunteer orientations. You can also email us at [email protected]. Thanks!

A Top Pick This Week: Rally for Hollow Earth Radio at Cafe Racer This Friday

This Friday night! A top pick from The Stranger and Jas Keimig: our Fundraising Showcase at Cafe Racer Seattle, featuring Low Hums, Enuft and William Wesley Bullock. Doors open at 8pm, show starts at 9pm, all ages until 10pm. Ticket tiers from $10 to $20, available at https://tinyurl.com/HERShowcase2022. Three great acts for one great cause!
https://www.thestranger.com/slog/2022/02/22/67192315/a-top-pick-this-week-rally-for-hollow-earth-radio-at-cafe-racer-this-friday

Back in December, the much-loved low power FM station Hollow Earth Radio (HER) announced that after 11 years in its Central District location, the volunteer-run station would look for a new place to call home. The move is primarily thanks to COVID, which severely limited the station's ability to gat...

Do You Have Space for a Weird and Widely Loved Local Radio Station?

Read about us in The Stranger! From Jas Keimig and our own Genevieve Green, Jen Matson and Audacious Bombacious. And be sure to join us February 25 at Cafe Racer Seattle for our Hollow Earth Radio Fundraiser Showcase!
https://www.thestranger.com/slog/2022/02/17/66865645/do-you-have-space-for-a-weird-and-widely-loved-local-radio-station

Hollow Earth Radio, who moved out of its Central District location last year, would like a word with you.

Hollow Earth Radio is looking for a new home!

What you've heard is true. Hollow Earth Radio is looking for a new home for its studio and performance space. We'll continue to broadcast and stream our unique and award-winning mix of independent and underrepresented music. In the meantime, please contact us at [email protected] if you have any leads on a suitable venue where we can continue to foster on-premise community building. Thanks!

After 11 years in our Central District venue, we are moving and looking for a new place to call home. HER has provided amazing local Seattle programming and live shows as a community hub and source of underrepresented music for more than 10 years, and we will continue to do so via remote broadcastin...

Hollow Earth Radio is honored to be named Best Seattle Radio Station of 2021 by Seattle Gay News! Find out why we topped their first ever Reader's Choice Awards by tuning in 104.9fm in Central Seattle, browsing to http://HollowEarthRadio.org from anywhere the Internet reaches, or by shouting "Play Hollow Earth Radio at Tune-In" at your smart speaker.

Big news!!! As times have changed and hosts have moved, YB is so excited to announce a new chapter/host in Sylvie Messing! Sylvie (she/her) is so excited to be taking over for YB after a brief hiatus from non-com radio. She was involved with her college station, Chapman Radio for her four years of undergrad as a DJ, assistant music director, promotions manager, and eventually general manager! She can’t wait to get back on the air with Hollow Earth to share some of her favorite tunes and highlight ambient, experimental and electronic femme and non-binary musicians. Seattle born and raised, she is an avid lover of coffee, reading, long walks in the woods, and discovering new music.

Tune in to hear her Thursdays 7-9 pm!

Photos from Magma Fest 2021! Thanks to everyone who performed and came by. Be sure and follow Hollow Earth Radio here, and on Twitter and Instagram, and listen to us every day at KHUH 104.9fm, streaming at HollowEarthRadio.org (where you can contact us if you're interested in hosting or volunteering)!

We're delighted to be included in The WIRE's new list of "100 essential stations and programmes", the only station in the Northwest to be so honored! Dave Segal writes: "Since 2007, Hollow Earth Radio has been a paragon of freeform online radio on 104.9 FM in Seattle, sonically and politically centring the marginalised. Now also airing on the Low Power FM dial as KHUH, the station hasn’t diminished its adventurousness and whimsicality. As I type, the playlist includes tracks by James Blood Ulmer, Brooklyn Raga Massive, Michael Rother and Mulatu Astatke.”

Check out The WIRE's new Radio Activity issue at https://www.thewire.co.uk/issues/. And tune in to Hollow Earth Radio at KHUH 104.9 in Central Seattle, streaming worldwide at www.HollowEarthRadio.org.

On the cover: Radio Activity: The growth of internet radio through the 2010s and the pandemic conditions of the last year have created an explosion of music on air. From the US to China, Palestine to Central Europe, South America to Africa, our global survey tracks online, FM and other radio developments. Plus a 100-strong directory of essential stations, sites and broadcasters. Featuring NTS Radio, Radio Alhara راديو الحارة, Resonance 104.4fm, Wave Farm, WFMU, Easterndaze, Lahmacun radio, Radio Tsonami, Radio Art Zone, teenage engineering, Tokyo Community Radio, Brooklyn Pirate Radio Sound Map and many, many more.

Plus: Pamela Z Born in Buffalo, New York, the radio DJ, vocalist and composer has carved out a rich and compelling career, characterised by its innovative use of technology and engaging humour. By Emily Pothast.

Subscriptions and single issues are available from our website.

Did you know that many of your favorite shows on Hollow Earth Radio can be streamed and downloaded on demand after they've aired? Come check out (and follow) our awesome Mixcloud feed!
https://www.mixcloud.com/hollowearthradio/ on @ Noon PST
from the crib

Tomorrow at 7pm, a livestream concert fundraiser for DIY spaces in Washington!

Another reason to stay home and listen to Hollow Earth Radio!

Last week David posted about the Aquarium Drunkard music stream and I quickly signed up on Patreon. I also listen to Chilled Cow, a streaming lofi hip hop radio show on YouTube. Those two streams a…

happy birthday, ed obitek.
today's show is dedicated to you, my brother.
love you very much!!
will be broadcasting (semi) live from North City, Shoreline, WA at NOON today until 2pm.
tune in!!
www.hollowearthradio.org
and
104.9 LP FM

Due to it being a small, confined space and out of respect for our safer space policy and the health of our community, we've decided to conduct all forseeable shows at Hollow Earth Radio audience-free, and instead as a live stream on Facebook and Instagram (and maybe TikTok), for those artists who wish to continue their in-studio performances with us. (And as usual, streaming at 104.9 FM / hollowearthradio.org)

On the live streams, we will be providing a link to donate to the artist performing for those "attending" the live stream, and we hope this can become a plausible alternative to support artists during this troubling time for the city's public spaces. We hope that everyone will find alternative ways to support artists in this time -- including buying their music and merch.

The show with The Tissues (LA), Eli, Dear Child next Tuesday 3/17 and The Tissues tour has been canceled altogether, as well as tonight's show with Heavy Petting plays with Medium Weekend and Careen . We'll keep you updated as well on other future shows. 💔

Catch LA-based art punks The Tissues live at the station 3/17 with Dear Child and Eli, broadcasting at 104.9 FM // hollowearthradio.org and for a live studio audience 💥

Check out this live video of VEX = Vortex Empath Xen opening for no wave legend Lydia Lunch -- they are playing the station on the way from the Out From The Shadows Festival in Portland, catch them with Love Hate Affair, HALLOWS and Medusa Stare April 4th!

See you tonight @ 8:30 pm PT! We have Sleepspent Powerbleeder and Public Pool in the studio with us 👯‍♀️

"Sleepspent, from El Paso, TX, is an indie-rock/shoegaze band that manages to deliver an intimate and simultaneously lively presence, through both their lyrics and their melodic and atmospheric sound."

Recommended by The Stranger's Dave Segal:

"Portland guitarist Jeffrey Silverstein’s Nassau duo with Justin Wilcox sounds like a cross between Durutti Column and a less bombastic Fleet Foxes. Their 2017 album Heron elicits peaceful, easy feelings. Now on his own, Silverstein has cut an EP for the great Driftless Recordings titled How on Earth, and the feelings are even more peaceful and easy. (He wrote these pieces while serving as an artist-in-residence at Sou’wester Lodge in Seaview, Washington.) Backed by laid-back drum-machine beats, Silverstein looses spangly globules of six-string magic while occasionally singing in hushed tones. He calls this stuff “ambient-folk songs,” but the emphasis is on the former word. Against the odds, Silverstein has created a sweet strain of chill-out tapestries that’s as relaxing as a trip to your favorite nature retreat… which may be in Seaview."

On #Sunday February 16th All City Sounds Radio Show host ReaLife & Marianne Reilly sit down w/ #HipHop #PowerCouple Jacmov Jayt & Bluee Candi collectively known as Adventures of Jac & Jill for an in depth interview on #LoveAndHipHop and much more...Tune in from 2-4 PM each and every Sunday right here on #KHUH1049FM Hollow Earth Radio or online at Www.HollowEarthRadio.Org

ONE WEEK LEFT TO APPLY, CHECK THIS OUT! Want to get involved in a local independent radio station in Seattle? Have tech/coding skills? Hollow Earth Radio is forming a Tech Committee to help run the station by maintaining and improving the website, streaming and other crucial radio software!

Want to get involved in a local independent radio station in Seattle? Have tech/coding skills? Hollow Earth Radio is forming a Tech Committee to help run the station by maintaining and improving the website, streaming and other crucial radio software!

🌀 Right back at it next month with a weekend run of shows in Washington. 2.29 in Seattle at Hollow Earth Radio + 3.1 in Olympia at Mahayana Studio. New music for Arrowhawk Records is imminent. 🌀Flyer by Sunny Eckerle.

Be the first to know and let us send you an email when Hollow Earth Radio posts news and promotions. Your email address will not be used for any other purpose, and you can unsubscribe at any time. 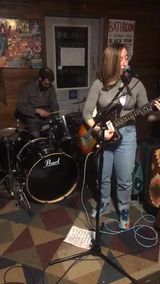 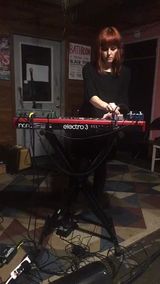 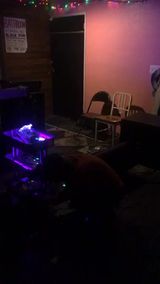 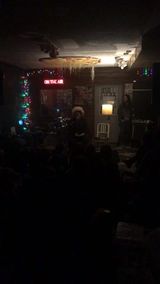 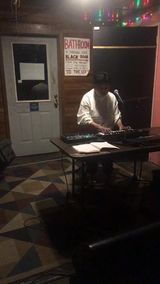 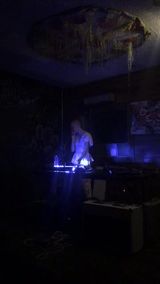 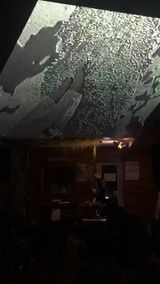 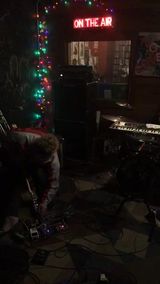 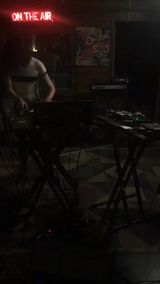 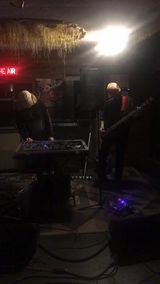 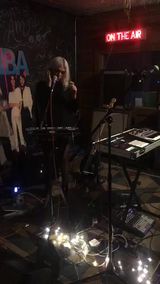 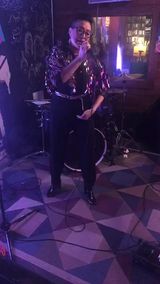 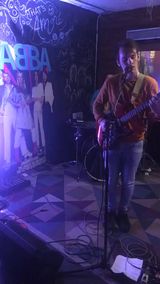 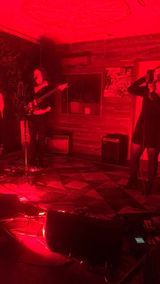 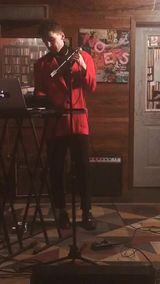 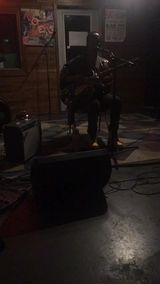 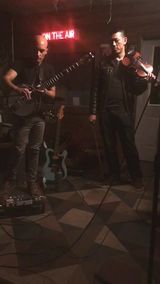 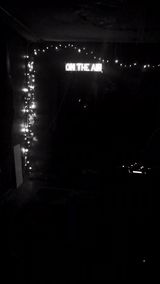 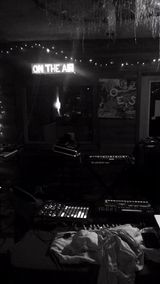 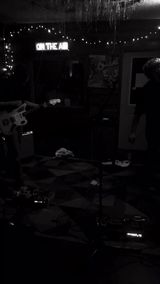 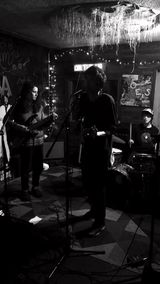