Meet Dan Watt the director of our latest documentary film EVERYBODY DANCE.

'Everybody Dance' has a message of inclusion, passion, and acceptance.

Dan Watt is producer and director of "Everybody Dance" at the 46th annual Cleveland International Film Festival.

We cannot believe that tomorrow is the world premiere of our film Tiger Number 24. It has been an incredible journey filled with an impossible amount of support and hard work. Hundreds of people from India to the US and everywhere between helped make this film a reality. Without you all, we would not have been able to tell the entire story of Ustad and the wonderful people of Ranthambore. We truly hope audiences enjoy the film of course but more importantly leave the theater with many more questions about Tigers and their conservation and place in society today. The film screens on both April 3rd and April 4th at the Mimi Ohio Theater. Limited tickets are still available so grab yours now!

Excited for this film and it’s premiere.

We are so excited to announce our World Premiere at the prestigious Cleveland International Film Festival. The film will have 2 screenings, April 3rd at 7:30pm and April 4th at 11:45am both at the Mimi Ohio Theater. Tickets are on sale now! See you there!

Santa Barbara Independent picks our film EVERYBODY DANCE for their watchlist! We are getting closer. Thanks Charles Donelan for the recogniztion.

Our Executive Arts Editor reveals his watchlist for this year’s festivities.

We are thrilled and honored to be a part of this film. Thanks so much Shockya and Congrats to Dan Watt and our Executive Producer Howard Barish. Hope you all get to see this film soon!

All children have the ability to be successful, especially when they engage in the arts, which helps build their self-esteem and confidence. The new

We are thrilled and honored to be attending Santa Barbara International Film Festival with our documentary EVERYBODY DANCE. Congrats to Dan Watt and Isaiah Camp for crafting a very cool and touching film.

Writer/Director @michaelleoni1111 answers the uncomfortable questions, and dives deep into his process in this incredible interview with @filmthreat

Check it out here:

Michael Leoni, a writer, bi-coastal director, and founder of the production company An 11:11 Experience, has created productions both on stage and in film which have brilliantly focused attention on the pitfalls of modern society, especially in the entertainment industry and on homeless street kids....

Merry Christmas to all!

Thank you @avfilms24 and @filmfestivaltoday for including When Today Ends in your TOP 10 movies of the year!! We’re honored!!

Congrats Eli Arenson for the recognition and your great work!
We are super proud of the film Hospitality Film which you shot for us. Keep on doing great things!!

Eli Arenson • Lamb By Oliver Webb A childless couple living in rural Iceland discover a mysterious newborn creature in their sheep barn in Valdimar Jóhannssons‘s extraordinary debut feature. Deciding to nurture the creature, called Ada, and raise it as their own, their relationship and new fami...

Thanks to Shockya for the love.
Check out this clip from Famous The Film , it’s streaming on most VOD Platforms.

Pushing the boundaries of friendship and personal relationships to reveal the true cost of fame can be a harrowing, but equally necessary, part of the

Chris Kattan on his role in Famous The Film streaming now on all VOD platforms.

FAMOUS is STREAMING NOW. Watch it on iTunes, Prime, Vudu, GooglePlay, or any cable provider.

Audience reactions from the premiere of @famousthefilm Available now on all VOD platforms.

Audience reactions from the premiere screening of @famousthefilm Watch it today on iTunes, Amazon Prime, Google, Comcast and every other VOD platform. Don’t miss this powerful and #supportindiefilms

Chris Kattan on being famous

Chris Kattan talks about Famous The Film available Friday on all VOD services.

NEW YORK — Famous is just one of the many words used to describe the amazing Chris Kattan, and that can be expected when you’ve worked on movies and television, especially many seasons on “Saturday…

Look for the FAMOUS billboards around LA!!! FAMOUS opens in select theaters and streaming worldwide. Dec. 10

Soon after college dropout Elle’s harrowing breakup, she receives an email from a stranger claiming to be Katie Kampenfelt, the protagonist of Elle’s favorite novel.

Despite the questionable circumstances, Elle soon finds herself spilling all her secrets to Katie — including the details of her affair with a married man. When the penpals decide to meet in person, however, their friendship takes a shocking turn.

ANOTHER GIRL is now on Showtime Networks: www.sho.com/titles/3505334/another-girl

Another Girl on SHOWTIME - A college dropout unwisely befriends a mysterious stranger she met online.

Chris Kattan will be on Late Night with Seth Meyers on Tuesday December 7th talking about FAMOUS. Mark your calendars and tune in!

FAMOUS | a film by Michael Leoni

A one of a kind cinematic experience is coming December 10th. FAMOUS, a film by Michael Leoni.

ANOTHER GIRL's soundtrack features unknown, female singer-songwriters, 21 years old and younger. Most songs were recorded on their home computers using Garage Band or similar programs, and were then used exactly as they were received. Check out some of the talented artists behind the film's music. 🎵

Sunday scaries? Distract yourself for the evening with an independent film. Check out all our films and find where to stream them: www.kandoofilms.com/film

The dangerous allure of the internet. It's not the person who matters, it's the persona. Who's really on the other end?
Available Now. ANOTHER GIRL.
kandoofilms.com/film/anothergirl

My best friend Natasha thinks you're dangerous but I'm not sure what I'm supposed to be afraid of. You can't get any money out of me because I don't have any. You can't hurt me worse than I hurt myself...

Be the first to know and let us send you an email when Kandoo Films posts news and promotions. Your email address will not be used for any other purpose, and you can unsubscribe at any time.

Send a message to Kandoo Films: 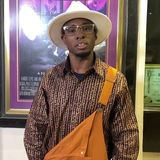 FAMOUS | a film by Michael Leoni 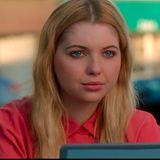 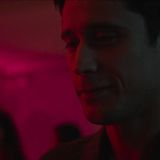 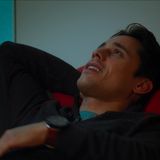 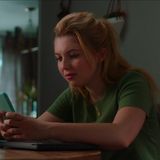 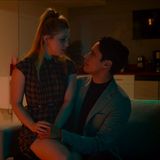 WHEN TODAY ENDS - OUT NOW

WHEN TODAY ENDS is now available for Pre-Sale 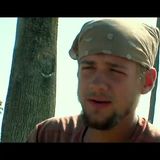 Skin In The Game Teaser

Have you seen our film Skin in The Game yet? It's inspired by real events and sheds light on the troubles of human trafficking currently plaguing the world.https://buff.ly/33u3rWB

After watching American Street Kid you won't be able to look at teens on the streets in the same way ever again. https://buff.ly/3izJaFd

Hospitality% I Won't Tolerate Any Trouble in My Home

A Step Without Feet Teaser

Watch A Step Without Feet and enter the world of 7 Syrians now living in Germany. A powerful perspective changing documentary. https://buff.ly/3bZK9Mu

A Revolution A War An Escape

Check out this unique horror film and show your support for independent films this holiday weekend. Watch Cut and Chop streaming now! https://buff.ly/31Ac4xK

Established in 1992 by Oscar nominated and Emmy Award-winning producer Howard Barish, Kandoo Films is a Los Angeles based production company that specializes in creating independent feature films, documentaries, and promotional and digital content for television and film.

With a focus on developing content from emerging filmmakers, Kandoo is currently producing and financing a new film slate as part of its recently established fund for low-budget features. The first film from the slate, BROKEN STAR (Analeigh Tipton, Tyler Labine), was released in theaters and on VOD on July 20, 2018. To extend this mission, Howard launched the distribution arm of Kandoo Films - Kandoo Releasing - in 2018, which will distribute an eclectic slate of indie films from emerging and diverse artists with day-and-date theatrical and VOD/digital releases. Forthcoming films include the thriller SKIN IN THE GAME (Erica Ash) which World Premiered at Urbanworld Film Festival this past September and HOSPITALITY (Emmanuelle Chriqui), which will hit theaters December 2018 via Kandoo Releasing.

Tune in tomorrow for Another Girl by Allison Burnett & Kandoo Films.
Subscribe to Kandoo Films YouTube channel and support independent films. It’s free!!
November is National Homeless Youth Awareness Month. Did you know that 63% of homeless youth are never reported missing? Kids run away for all kinds of reasons. We made American Street Kid to shatter the misconceptions of why kids are on the streets and why it is so hard to get off. Check out the film and let us know what you think after you watch it. Want to help? Check out our resources page on our website and find an organization near you. www.americanstreetkid.com #helphomelessyouth #americanstreetkid #icare #ask #homelessyouth #sleepout #documentary #indiefilm Michael Leoni Michelle Kaufer Erica Katzin Kandoo Films Howard Barish An 11:11 Experience Mark Burley Abigail Jane Elliott Schoen Smith Christine Dickson
It's a surprise - Teaser Clip - Cut and Chop streaming tomorrow, August 14th, 2020. Kandoo Films iTunes Vimeo YouTube Google Play Vudu Comcast Spectrum Cox Cable Amazon Prime Video
Get your pre-order of Cut and Chop on Vimeo. Available to stream and On Demand on Friday, August 14th, 2020! https://vimeo.com/ondemand/cutandchop Kandoo Films Vimeo
Take a sneak peek of a bloody mess from Cut and Chop. Available for streaming on August 14th, 2020. Pre orders available on Itunes: https://itunes.apple.com/us/movie/cut-and-chop/id1524528594?ls=1 Kandoo Films Cut and Chop Drew Hale Kari Alison Hodge Varda Appleton
I want to say thanks for making such great posts, I took down some of your recommendations! I would like to make a recommendation for you all to return the favor! The website film festival flix has a lot of awesome movies to choose from. One of the great things about the site is that the films are curate, and the titles change monthly to keep things fresh. This and the fact that the site streams the films in high-quality 4K are two great reasons to go to the site, and find some films that you may be interested in!
Adisa Septuri talks about his journey in getting to Skin In The Game Film Kandoo Films
Thanks to Jon Graham at PeachFlicks for this in depth interview with Director Adisa Septuri Kandoo Films
Congratulations to the cast and crew of Skin In The Game Film, the next film coming out from our parent company, Kandoo Films 🎬 In theaters and on demand July 5th‼️ #skininthegamefilm #kandoofilms #supportindiefilm
Congrats to our sister film and mothership Kandoo Films !
Follow Blindfire Film and stay up to date on the current project being made with Kandoo Films 🎥 #blindfirefilm #kandoofilms #supportindiefilm