Ghosts and Other Weird Stuff 👻 | Episode 2 of Kontaxt is now available to watch on both @facebookwatch and Instagram!
Guest starring @mehcadbrooks , @donbenjamin , @youngezee & more

Available to watch here: shorturl.at/hCGHP
.
.
.
Kontaxt is part of @facebookwatch "We the Culture" programming, aimed at amplifying the voices of Black content creators.

The wait is over, Kontaxt has officially dropped on Facebook Watch and Instagram! Go show it and @KingBach some love!
Edited by yours truly, @BrandonChampRobinson

Check it out here: https://fb.watch/8FyaNuDZ1T/
.
.
.
Kontaxt is part of @facebookwatch "We the Culture" programming, aimed at amplifying the voices of Black content creators.

Had the opportunity to work with @misterderekdaniel on an amazing new scripted series titled Losing Hope!

Make sure to follow @losinghopeseries on Instagram and Facebook to receive updates about new episodes and more! Episodes 1 & 2 are available to watch now on Youtube (link is in their bio)
.
.
.
#losinghopeseries #lgbt #lgbtq #lgbtqia #series #film #films #blackfilm #blackstories #pride #pride🌈

Sometimes people come in to your life for one reason, and then they just end up staying. Happy Birthday to our very first employee @n_byrdsong! You are loved and appreciated 💯.

Some people you just have to know not to mess with. Mackie is one of them. The Counselor is now streaming on @watchumc.

How far is Mike willing to go to find the truth?

The Counselor is Now streaming on @watchumc ✊🏿!

Extremely proud of how this one came together.

Go watch it and comeback here to let us now what you think!

Everyone has a that person on their squad. Slim is that guy. Watch The Councelor streaming now on @watchumc! Tag your person that is TTG 💪🏾.

Top of the year to all if you! Episode 6 of the Imagination Upgraded Podcast is available!
•
•
Get some motivation from this conversation with @ray_rocketships Niger Amen owner of @filthyclothandco!
•
•
In this episode with talk Family, Sacrifice, and Success. Tune in, Like, Rate, Leave a Comment and most importantly Subscribe! Link in bio!

As the late great big homie, Nipsey Hussle would say, ”Top of the Top!” Today I'm hitting y'all with a Beyonce sneak attack! Today, I'm excited to drop my Imagination Upgraded Podcast 🙌🏾! I've been putting this off for months! This is the intro episode. At noon PST, I'm releasing episode 1, part 1, with the homie @miketaylormade88! Please like, comment, and fasho subscribe because this is a new channel (Imagination Upgraded More) I need to get my followers up fast to unlock the features I need. Thank you for your time and support! #TMC
.
.
.
.
#podcast #filmmaking #motivation #mondaymotivation #positivevibes #energy

BOOM! You just got off work. You just woke up. You just got done with a 💩. Now you are looking for something to watch. Look no further! The Workout Room directed by Imagination Upgraded’s own Director @champ5mic just released on Amazon Prime! The movie stars @joetorry, @tammytownsend10, @torreihart, @iamjaylewis and @dannywoo10. Check it out! LEAVE A REVIEW, and report back to this post to let me know what you think! 🙏🏾💪🏾🏁
.
.
.
.
.
#amazonprime #theworkoutroom #director #film #independentfilm #supportindiefilm #comedy #funny #jokes #standupcomedy #standup

6 years ago, I uploaded my first web series to YouTube🏁! The @harleyquinnwebseries originally starred @boyslikebritain who appeared in the original trailer and artwork. But due to scheduling conflicts, she was unable to film the series.
•
Determined to complete this series, we set out to find a new lead. The stars aligned and we found @thumbita 🙌🏾!
•
Not only did she have the look to play both Harleen Quinzel and Harley Quinn, but she was also a dancer and knew some Taekwondo which made the choreography for fight scenes a breeze!
•
Happy YouTube Anniversary @harleyquinnwebseries and @thumbita!
.
.
.
.
.
#hqseries #harleyquinn #dccomics #dccinematicuniverse #batman #joker #cosplay #cosplaygirl #webseries #youtube #youtuber #tmc #filmmaker #director #directorslife

Thank you for coming out this past Monday night to the Noodles Series Milwaukee Premiere!  Despite the rain, we are so excited many of you were still able to come out and support our project. It was amazing to premiere our series in the town, our hometown, that inspired its creation. Check out al...

Tay Gutta - Where I Come From (Official Music Video)

Take a trip in to the streets of Milwaukee, Wi with this anthem from Currency Cartel Entertainment's Tay Gutta. Directed by Champ Robinson (@CHAMP5MIC). Foll... Imagine That! @n_byrdsong tolerated us for 1 full year!! 🤣🤪🤣 Be the first to know and let us send you an email when Imagination Upgraded posts news and promotions. Your email address will not be used for any other purpose, and you can unsubscribe at any time.

Send a message to Imagination Upgraded: 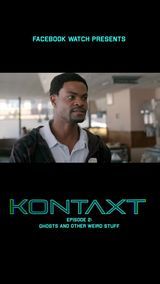 How far is Mike willing to go to find the truth? The Counselor is Now streaming on @watchumc ✊🏿! Extremely proud of how this one came together. Go watch it and comeback here to let us now what you think! Written by @stephaniebadie Directed by @tammytownsend10 Director of Photography @champ5mic 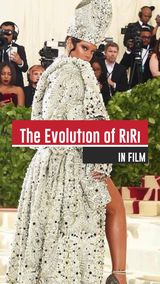 The Evolution of Rihanna in Film.

9Ball is EVERYTHING! 😩🙌🏾 Are you going to see Ocean's 8 this weekend? 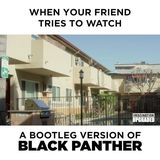 Catch these 👊🏾👊🏾 for the culture one time. 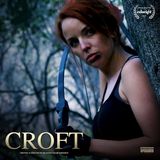 In anticipation of our favorite femme fatale. LIKE Imagination Upgraded for more videos!

The Noodles Crime Drama Series is finally here! Our first original series! Let us know what you guys think in the comments below! Comment, Share, and Subscribe!

Looking for something binge-worthy shows to get you through until Christmas? We've got some suggestions! Happy Holidays! Music by: Fortymil Forte

Harley Quinn The Series - How it Should Have Ended

Brandon Champ Robinson is always ready to call an audible on set. Here is how The Harley Quinn - Web Series should have ended.

Our Director Brandon Champ Robinson walks you through our Season Finale of the Harley Quinn Web series.

Check out a "fly on the wall" look at what went into making our short Croft!

Dysfunctional sibling pair Mitch and Erica just can't seem to get it together and pull off this job. Written & Directed by: Brandon Champ Robinson

Are we the only ones that find little kids with baby dolls creepy? Karen YouTube - https://www.youtube.com/watch?v=I1hllO1-0Qw 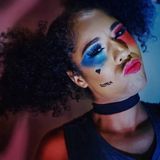 Check out this #HarleyQuinn Make up by the amazing MUA @beautibydez. Model is the awesome @thevicstyles ♦️♠️♥️♣️

Back in 2014 we entered the Milwaukee 48 hour film festival with this short, AND WON!! Being that this was made entirely in 48 hours, its pretty cool! Today is the anniversary of its release! We appreciate all who were apart of it! Like, Share, and Comment below. Let us know what you think of "Vial"!

Other TV Networks in Sherman Oaks

If nobody has ever watched the series of Harley Quinn and Poison Ivy I was blessed to be a part of, please watch, recently contacted by the director and hes working on another episode and asked me to come back, 100% said YES!!!! Imagination Upgraded