Partners Marie Jamora and Jason McLagan have produced a huge range of award-winning work from narrative features and commercials, to music videos and unscripted television, to documentary features and web content. With offices in both Los Angeles and Manila, Philippines, we can produce a project anywhere from story development through post-production.

if you liked the The LEGO Batman Movie, then you will love our Season 5 LEGO #BuildZone episode, with the ULTIMATE BATMOBILE, which is composed of 4 kickass vehicles in one!

Best Batmobile ever? Watch and see for yourself as Nicole and Hayden take on the Ultimate Batmobile from The LEGO Batman Movie. Check out the how this versat...

If you're more of a Minecraft fan, then you'll like our LEGO Build Zone Minecraft episode!

Things get slimy in this episode of The Build Zone as Hayden and Aline unbox and review The Witch Hut set from LEGO Minecraft.

Guardians of the Galaxy: The Milano vs. The Abilisk - The Build Zone - LEGO.com

We are super happy to see our latest LEGO Build Zone episodes on Lego.com (as well as the Official Lego Youtube Channel)! Once again, Jason directed the stop-motion animation segments and I art directed for him (and now have been editing the show)! We love working in collaboration with Jeff and Noah on these. We've done more than 50 episodes in 3 seasons in the last two years!!

We have more episodes coming up in our 5th season! Can't wait to share it with you.

Here's our Guardians of the Galaxy Vol.2 episode!

Guardians of the Galaxy: The Milano vs. The Abilisk - The Build Zone

ONLY 5 DAYS until our film screens in WASHINGTON, DC at the DC Asian Pacific American Film Festival! May 21, 6pm. It's part of a Shorts Block called "Dance Like No One's Watching. We just found out that the screening is SOLD OUT! Yay!!

Link to the screening:
http://www.apafilm.org/check-out-whats-happening-on-sunday-may-21st-600-pm/

Anybody going to be in Cannes next week? Our film will be screening at the BEYOND BORDERS: DIVERSITY IN CANNES Short Film Showcase at the Radisson Blu in Cannes, MAY 22nd, 1:00PM!

What I love about Red Turnip is that they continue to push the boundaries of the straight play in this country, and now here's a story that involves sign language and deafness in a conventionally dialogue-heavy medium.

The Gala night comes with FREE FLOWING COCKTAILS! Tickets are PhP1,800 and P1,200 OR you can buy a Season Pass which will give you 25% OFF!!! See you there! (I'll be the merry drunk proud sister in the back of the room.)

We are so excited to share Jason McLagan's newest work to date -- a trailer using a new stop-motion technique called "strata-stencil" -- for Red Turnip Theater's play, TRIBES, directed by Topper Fabregas, which you can catch starting August 5th!!

For this trailer, Jason animated the lead actors' hands (Kalil Almonte and Angela Padilla) performing sign language by using pixilation, and we printed this hand choreography on over 700 pieces of paper, which were carefully cut out by our amazing crew. Jason then animated this paper with 15,000 movements in a 15-hour shoot day.

I highly recommend you guys watch this trailer in HD and streaming on wifi.
There are absolutely NO EFFECTS on this, and NO CG.

I'd like to thank the hardworking crew who helped cut each page and assisted Jason during the 15-hour shoot. Many thanks as well to Pong Ignacio, who designed the lighting, Teresa Barrozo, who composed the score, and Jenny Jamora + Mariko Yasuda who always made sure we had everything we needed.

This is an Indie Pop Films production, in cooperation with Red Turnip Theater.

Director Marie Jamora will be at 2 of the Cinema '76 Film Society's screenings this week! Try to catch it, mofos!!

Hi there friends! If you tried emailing from our website in the last week or so, we apologize for not writing back. We only got the bugs out today, so could you please email us again?

And if you haven't visited our site yet, PLEASE DO!
http://indiepopfilms.com/

Hi there friends! If you tried emailing from our website in the last week or so, we apologize for not writing back. We only got the bugs out today, so could you please email us again?

And if you haven't visited our site yet, PLEASE DO!
http://indiepopfilms.com/

Episode 2 of LEGO's The Build Zone is out! There's a near-miss between a truck and a jet and it was oh-so-fun to do the stop motion mini movie for this.

In the 2nd episode from The Build Zone, Josh builds the Training Jet Transporter set (#60079) from LEGO CITY! Check out the cool vehicles and train the astro...

Two years after its premiere, indie film ‘Ang Nawawala’ launches its DVD to the tune of some of your favorite local acts.

Come let's join us in celebrating that we have a DVD out! And that it's only 2 years late! And that @Marie Jamora is here for the holidays!

Ang Nawawala DVD and other merchandise for sale!

Heima Home & Lifestyle will be on sale the whole day!

A screening of the film with no-holds-barred uncensored LIVE COMMENTARY!

AND, of course, LIVE MUSIC!!

great big hugs and thanks to "Strike Back, Attack!" and media partners Young STAR & Scoutmagph!

Tell your friends! See you there! you can listen to the Ang Nawawalang Soundtrack FOR FREE? YES, YOU CAN!

LOOKY, GUYS!!! you can listen to the Ang Nawawalang Soundtrack FOR FREE on Spotify!

The Story Of Ang Nawawala

If you like Ang Nawawala (What Isn't There), then you should read Homegrown | Cultivating Success's feature about our entire journey -- from Marie Jamora's initial seed idea in college; to finding the crew, actors, and money; to recording and releasing the soundtrack; the editing and ADR process; the Cinemalaya Philippine Independent Film Festival experience; the nationwide and international release; the artistic collaborations; and everything in-between.

A few months ago, writer Selena Salang spent an entire evening interviewing Marie and co-writer Ramon De Veyra and they talked her through the entire process. The research she put into her article is all worth it.

This is a MUST-READ!

How does one make a successful Filipino independent movie? The creators of Ang Nawawala share their journey. 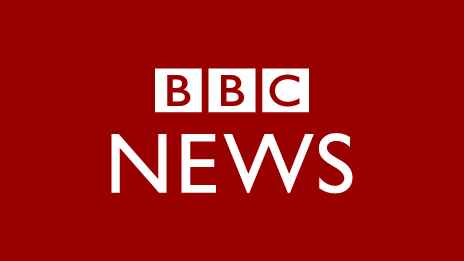 Today, the BBC ran an article about the state of independent cinema in the Philippines and Marie Jamora was interviewed about her experience with Ang Nawawala (What Isn't There), along with ClickTheCity.com film critic Philbert Dy, writer Jessica Zafra, and filmmaker Pepe Diokno.

This is great timing because of the upcoming London screening of What Isn't There for the SEA ArtsFest this Oct 27!

A shift is starting to take place in Philippine cinema, as independent films made without studio backing begin to stake more of a claim, says the BBC's Amee Enriquez.

It has been one year since we have lost the great Direk Marilou Diaz-Abaya. Marie Jamora was fortunate enough to be one of her 12 students in 2000, and this was the short film she made in Direk's class.

Being a student film shot on the short-lived format, Hi-8, it looks and sounds very early-2000s, but Marie still loves this short because of Direk Marilou's inspiration and mentoring for it.

Hello boys and girls! In honor of yesterday's Ciudad's 10 year anniversary of the "Is That Ciudad? Yes, Son It's Me" album, here's a little Sunday music for y'all.

Director Ramon De Veyra shot this video during the last week of filming Ang Nawawala (What Isn't There). He would grab the actors in-between takes and use the cameras that were already set up, oftentimes with the 1st and 2nd unit cinematographers of the film. It was a logistical nightmare, but it was all worth it.

This is Marie Jamora's review and thoughts about Red Turnip Theater's CLOSER:

I was so happy when I saw the opening night of CLOSER. Not only have I been a fan of the film, I love the brutal honesty of the material.

I thought the performances from the 4 leads were amazing, and director Ana Abad Santos really helped them bring out the emotion and the truth from the text. If you have ever been in love and in fights, you will FEEL IT here. Seeing Marc Abaya and Angel Aquino's theatrical debuts is a BONUS. Bart Guingona made me laugh the most, and a computer chat scene with him and Marc is one of the show's most chemistry-charged scenes. And for you men out there, Angel is radiant in every angle and in every emotion, AND Cris Villonco's stripper scene is worth the admission ticket, I promise.

I am SO PROUD of my sister Jenny Jamora, who created a theater company with her closest friends, so they can do straight plays that showcase the actor's craft. And last night's gala was the realization of her two dreams that came true: her company and their maiden production.

Buy your tickets to Closer from TicketWorld NOW!
https://www.ticketworld.com.ph/Online/

Here's our trailer for Red Turnip Theater's CLOSER, which opened yesterday at Whitespace!

We are SO HAPPY to be a part of this amazing play, and the performances you see here from Bart Guingona, Cris Villonco, Marc Abaya, and Angel Aquino is a glimpse of what you will see live.

This trailer for the play is more like a short film, and I haven't made a short film in AGES. This may very well one of the things I am most proud to have made. This…

Be the first to know and let us send you an email when Indie Pop Films posts news and promotions. Your email address will not be used for any other purpose, and you can unsubscribe at any time.

Join us tomorrow at 5pm ET/2pm PT for the wrap of our Industry Forum! Our panel A Solid Foundation will discuss initiatives that expand inclusion and funding for filmmakers and nonprofit spaces. Our fabulous panelists include Marie Jamora, director of the award-winning FLIP THE RECORD (NYICFF 2018), who also directed Queen Sugar, founded (with support from ARRAY) the Filipinx film space Cinema Sala, and is now developing kids media via Indie Pop Films! Register at nyicff.org/industry NYC Mayor’s Office of Media and Entertainment UniFrance