This is the official page of The Opulent Picture Company, TOPC Live! & TOPC Apparel, the al

🚨SHIPPING ALERT🚨
The inaugural drop of TOPC Apparel, the “DROPOUT” Hoodie, has now shipped! Included in each package is:
1.) the hoodie
2.) a handsigned “Purpose Letter” that explains exactly who we are & why we’re here &
3.) a personal, handwritten THANK YOU letter to each patron!
The Opulent Picture Company & TOPC Apparel thanks each and every one who purchased, shared, interacted, or even just shared a word of encouragement. We have $0 from donors, no rich parents, no advantages, no celebrity boosts, and we were able to sell TWENTY SEVEN hoodies!!! All from the mud. We are excited to take this journey & even more excited that you chose to come along! BE OPULENT!
- Kelsey Leon Brown, Founder & CEO

In the wake of the beautiful, deserved uprising that the World has taken part in, I decided to hold my May film. It is finished and is titled “Built Like That”, a short film targeting PRIVILEGE of the Black man, woman & child. In the film, a young Black man is seen shooting (and presumably killing) another Black man. That is the last image that i’d want to promote during these times.

Instead, I have placed my February film, “To Be Young, Gifted & Black”, on the website (www.topc.live) which discusses FATHERHOOD in the form of HOW TO DEAL WITH POLICE DURING A TRAFFIC STOP. It will remain on the site until I feel it is an appropriate time to resume the . Enjoy, be tactical and aware, and donate, donate, donate (after you research where your money is going).

Whats good! I trust everyone is having an ambitious Friday. I have been interviewed & featured in yet another digital magazine, ! I thank The Creator for always allowing me to expand & evolve. (I’m not sure who recommended me for this opportunity, but i definitely appreciate it!) To see why they’d be interviewing me, head over to the link in my bio to catch my latest short film, “The Last Johnson On Earth!” Sign up for emails while you’re there! FREE DROP @ Atlanta, Georgia

🗣📡 Did you know that 10% of women in the United States (age 15-44) have trouble becoming or staying pregnant? Thats roughly 6.1 million women! View my latest short film “The Last Johnson On Earth” NOW at www.topc.live, which discusses infertility!

Sign up for emails! Go to www.topc.live & enter your email today! While you’re there, view the latest short film, “The Last Johnson On Earth”!

Here’s a snippet of my newest installment to my 12-month short film series (12 FOR 12 Series), “The Last Johnson On Earth”.

Moving into the second quarter of the , tonight, i present to you my newest short film, starring the highly talented Janerica Smith, a story about the mental highs & lows of an infertile Black woman. This film will premiere tonight & will show on the website (www.topc.live) until May 21st. I pray each and every NEW & CURRENT supporter is staying SAFE & healthy during these odd times.

My new short film, , the Black-owned rideshare app that’s good in ANY hood, is live now ONLY at www.topc.live

Lil Boosie blasting, carseat in the back seat, baby sitting in the front seat, stories of Level 4 prison yards...smh. Will he ever get to his destination? View the full, 6 minute film at www.topc.live!!

This is a snippet of Film #3 of my 12 FOR 12 series, “ScoopMe”, the Black-owned rideshare app thats good in ANY hood. Carseats in the back, baby in the front seat, stories of Level 4 prison yards...smh. Will Beruh ever get Jackson to his destination?

“I put my truth in this [film], hope i’m giving em light. Just another flawed human tryna get this s**t right.”

Did an interview w/ ! Go check it out! S/o to for recommending me! FREE DROP!! This is literally just the beginning. @ Atlanta, Georgia

Have you taken 6 minutes to watch “TO BE YOUNG, GIFTED AND BLACK”, film #2 of the 12 FOR 12 Series? Head over to my interactive theater experience www.topc.live or click “Watch Video” on this page & view the film! A story of FATHERHOOD!! ••• After you watch, scroll down & comment in the comment section below the film! Let me know what you think! I accept all comments, negative, criticism or praise! I’m here to grow vulnerably in front of the world!!

Good evening everybody!!! Film #2 of the 12 FOR 12 Series, TO BE YOUNG, GIFTED AND BLACK, is live NOW!!! Click “Watch Video” on the page to view! A story of FATHERHOOD!!! Dedicated to founder Kelsey Leon Brown’s father Daryl Relic Brown!! www.topc.live!!!

Scroll over to the Community tab, & invite ALL of your friends to like the page!!! This is a film every Black man, woman and child needs to ABSORB!!!

Kelsey Leon Brown & The Opulent Picture Company present Film #2 of the 12 FOR 12 Series: “TO BE YOUNG, GIFTED AND BLACK”. It’s rules to this game.

THIS IS NOT YOUR REGULAR POLICE FILM. I aim to continue being vulnerable with my growth as a writer & director in front of the world, so I pray this film finds you better than “BAGELS” did. I love and thank each & every one of you for your continued support thruout my maturation in film! *THIS FILM WILL SHOW FROM FEBRUARY 28TH TO MARCH 26TH!!!* (This film, like all others, is copywritten!)

Its Saturday, right? Nothing good on TV? Scrolling your news feed getting boring? I have a solution!

Click the LINK IN BIO to see why Malik is so bent over eating a bagel!!!

Fun Fact: I am currently 100% in control of all graphics & website design for my interactive theater experience .live (& always have been)...I’m making a post to show how following a PLAN works...i drew these blueprints 12-18-19 & created my website between 1-15-20 & 1-22-20... I followed my plan about 98%, down to the fonts. Shouts to for teaching me some tricks & trades of Adobe back in 2016...If you have a dream, FOLLOW IT, but learn to transfer that DREAM into a PLAN. Follow that plan & watch the magic happen!!! Visit the link in my bio to see MY BLUEPRINT IN ACTION!!! “BAGELS” now playing on the site!!! 12 FOR 12, yet another plan. (Try to jack it if you want to. I’m like Joe’s Bedstuy Barbershop, WE CUT HEADS!) @ Atlanta, Georgia

Have you checked out our newest short film, BAGELS? If not, click the “Watch Video” button on our page & check it out!!! A story that every Black man, woman and child can relate to!

Share this post so that EVERY Black person has the chance to see this!! Doesn’t matter if you’re from the hood, religious, a nerd, etc, THIS FILM IS FOR YOU!!!

Now playing is Film #1 of Kelsey Leon Brown’s “12 FOR 12 Series”, entitled “BAGELS”. Head over to the site, www.topc.live & check it out! Please like, comment, share, & rate both this page & the film! This is a message the WORLD needs! Love you all and thank you for your continued support throughout the years! Music is my life, and you will always find easter eggs of my favorite artists & rappers within my work! Who better to start with than my FAVORITE rapper, ! “BAGELS”, a story of SACRIFICE, is LIVE!! Link in bio!!! .thankyou s/o to the entire OPM team! From ATL to LA! 💙💚❤️ www.topc.live @ Atlanta, GA Be the first to know and let us send you an email when The Opulent Picture Company posts news and promotions. Your email address will not be used for any other purpose, and you can unsubscribe at any time.

Send a message to The Opulent Picture Company: 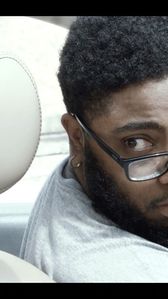 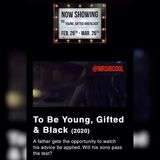 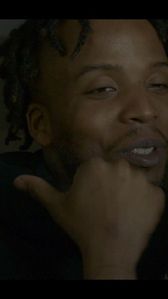 Other Tyrone media companies (show all)