Here to empower & educate the community on things they need & wa

All Des Moines Public Library locations are serving as warming centers during open hours. If you need transportation, DART is providing free rides to warming centers.

Let the bus driver know you are heading to a warming center. Use the Trip Planner on the MyDART app or ridedart.com to find the nearest route to you.

To any of the High School students within the DMPS, this will be your opportunity to address any concerns you have within you're school as well as things you would like to see changed in the city to help the youth be successful The Mayor and members of the City Council will be hearing from you as well as the District Polk county supervisors will be hearing from you as well to put a plan of action together to make it a better city for all

& we transition into Youth Of America in January 2023
Stay tuned

CFPB orders Wells Fargo to repay $2B to customers as part of $3.7B settlement

Wells Fargo agreed to settle a laundry list of charges that it harmed consumers by charging illegal fees and interest on auto loans and mortgages.

Christmas Breakfast Ideas For The Kiddos Not My Picture But what a great idea!

Traffic accident leads to shooting in Des Moines on Thursday

DES MOINES, Iowa — Des Moines Police are working to sort out how a traffic accident resulted in one person suffering a gunshot wound on Thursday afternoon. It happened around 3:20pm at the in…

Woman who caused deadly motorcycle crash to stay out of prison

An Iowa woman, who investigators say caused a deadly motorcycle crash last summer, will not go to prison.

Part #3...I made it through surgery and spent 11 days in ICU. I went to rehab and relearned how to walk. I was in the hospital for about 10 months. My positive attitude and inner strength got me through.. stay tuned for the next spinal cord injury.

According to DMPS, officers were actively searching for the student prior to the arrest. Police have arrested a 33-year-old man in the fatal shooting of rapper Takeoff, who was killed last month outside a bowling alley in Houston.

Make sure to follow Charles Brewton aka rich moines & all of his doings as well!

One of Des Moines own proud & very proactive change advocates! Takeoff Cause of Death Revealed: Shot Twice in Head and Torso, Died Immediately after Headshot.

We will be going thru each position and each position will have its own video!!!
Please leave your opinion, and please don't argue with anyone's opinion!!! Everyone has a right of free speech and their opinion!!!

We will be going thru each position and each position will have its own video!!!
Please leave your opinion, and please don't argue with anyone's opinion!!! Everyone has a right of free speech and their opinion!!!

Be the first to know and let us send you an email when Urban News Des Moines Iowa posts news and promotions. Your email address will not be used for any other purpose, and you can unsubscribe at any time. 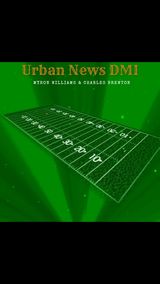 Starting back up September 10th

Into the Maze mini series every Holloween

Put the guns down talent show in August 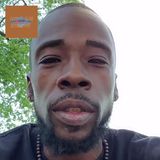 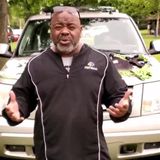 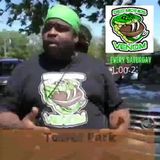 "Go Venom" mini-reality-series Ep:1-S:1 Premiering at 5:00 Pm tonight! Airing Every Monday throughout the season! Urban News Des Moines Iowa Venom Nation You're not going to want to miss the introduction to this show & these amazing people & see how amazing kids are! Stay tuned! 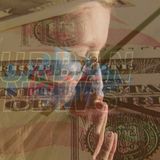 Big city dreaming series coming soon! In the works A series about a boy in a Small Town chasing a Big City Dream & all of the obstacles he'll have to overcome. We will be looking for : Writers & actors real soon! After we get through the recordings & edits we have on hand already. Stay tuned! We also want to collaborate with other local videographers, editors & producers to make this extra dope!! The Pattie Strong Story Documentary premiering today at 5:00 pm Stay tuned!

In the works A series about a boy in a Small Town chasing a Big City Dream & all of the obstacles he'll have to overcome. We will be looking for : Writers & actors real soon! After we get through the recordings & edits we have on hand already. Stay tuned! We also want to collaborate with other local videographers, editors & producers to make this extra dope!!

Today's tip with Angie kay Robinson we'll air credit tips every Friday for you. But make sure to give her a call for more in-depth consultations.

Read out loud with the Williams Family

Added some new segments to the read out loud show The kids wanted to make it a family affair. 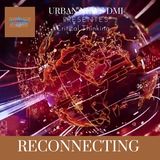 Urban News Des Moines Iowa
The Squad at one of the prop houses yall remember these faces!

History in the making!

1st of its kind in so many ways.

Get ready for a roller coster ride of emotions.
Plus Get to see & relate to some real relatable stuff that everyone from all walks of life can relate to & learn a little along the ways.

Just know we working 🦍💡📽🎬
Really good meeting for Big City Dreamin
& we added a few new cast members.
It was only supposed to last 2 hours but lasted almost 4.
Recording starts this Sunday.
Great job to the whole squad and TheFor GottenSon for being a great host 💪🏾💪🏾🙇🏾🙇🏾

As of today "Big City Dreamin Starring Phoenix Balmain" is fully in motion.

Hairstylists I'll post their names as soon as I meet them

I hope the city is ready for this.

Scripts are done & NDA's are ready to sign.
We are getting very close to the recording stage people.

Hugeeeee shot out to Sonia Blockiana ,Jason Morris & Mello Lackland I couldn't of done all of this without you 3 💯🙇🏾🥰✊🏾

Phoenix Balmain &
Stylelage Apparel
Amongst others

We also will have a “TV Show Premiere” Red Carpet like event, where invited guests including cast, crew, media, family and V.I.Ps get to watch the show before the actual premiere.

Me & My team
Jason Morris & Sonia Blockiana
Finally got the script for episode 1 ready for print for Big City Dreamin tv series.
& Sonia got 1 of the 10 stories ready to go for the Into The Maze tv series. Stay Tuned!💪🏿💪🏿💪🏿💪🏿
Jason & Sonia is some bad mother shut yo mouths 💯