The first issue was launched in September 2006 featuring Stephen McGee on the cover. Six issues are
produced annually, covering every moment in Aggie sports.

“A date which will live in infamy…” Today we remember those that lost their lives in this terrible attack.

Today and every day we remember…

In Von Miller’s A&M Hall of Fame speech he talked about the time he was suspended from the team in his sophomore year and he packed up his stuff and headed home. He called his dad on the road home and his dad told him to turn his car around & go back! He returned to College Station and served his suspension. The next year he led the NCAA in sacks and went on to be a star in the NFL and a Super Bowl MVP.

Thank you to all who served! Today and everyday we are grateful for your sacrifice and we know that freedom isn’t free and we owe our freedom to you!

Got to have my first picnic in Aggie Park tonight with my beautiful wife as the sun was setting!

We made a last minute change to the sub header on the cover of our new magazine. With the tough injury to Ainias Smith we wanted to give a tribute to him for all he has done for our program. Praying for a speedy recovery! 👍

Cover of our new issue!!! Out soon!

I said to Jimbo after a tough loss most fan bases wouldn’t have shown up this week but the 12th Man brought the 3rd largest crowd in Kyle Field history. He replied:

Some movement in the top 5 but the Aggies still at #6 after being leapfrogged by Michigan.

There’s a Spirit Can Ne’er Be Told…

Be the first to know and let us send you an email when Aggieland Illustrated Magazine posts news and promotions. Your email address will not be used for any other purpose, and you can unsubscribe at any time.

If Dan Mullen thinks we are loud at 27,000 fans he should see us with a packed house! 👍

Sawing Varsity’s Horns Off After The Win over #3 Florida!!!

Jimbo was asked which position groups have stood out after two scrimmages. 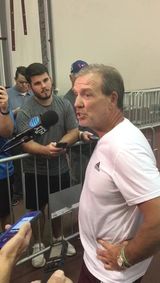 Saw 'em off at first yell practice of the season!

Robert Williams brings down the house with this monster dunk from Maroon Madness! 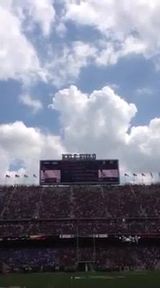 The flyover before yesterday's game! 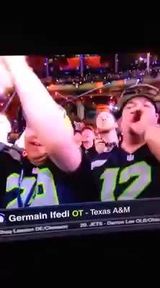 Germain Ifedi gets picked in first round by Seattle! Extending A&M's streak of first round selections to 6 years in a row! 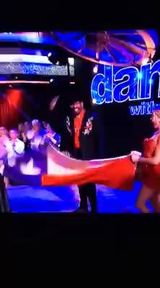 Von Miller rocks the horns down and then Gig'em on last nights Dancing With the Stars!

Well Chancellor Sharp did call it a cathedral! Guess they're tuning the orchestra or adjusting the sound from Saturday's game!

Sawing Varsity's Horns off at the new Kyle Field vs Ball St! Like if your in shot!

Fightin Texas Aggie Yell Practice at new Kyle Field with 50,000 plus of the family!

Aggielegendsgolfclassic.com
We Are So Blessed To Have Our Great Tasting Otto's Craft Sodas Selected By The Wonderful Folks At Pie In The Sky Pie Co. BCS For Y'all To Enjoy In College Station, Texas!

Go Ahead, Indulge Yourself By Visiting Pie In The Sky Pie Co. BCS Today!!