Our goal is to bring musicians and communities together in live performance events. We want to see these series continue!

A HUGE round of applause to COLIN CHANG!

On top of winning the honour of Laureate, Colin also won the Outstanding Artist Award from iClassical Academy

He won 1st Prize in his Age Category, sharing the prize with another amazing pianist Yihui (Gabriel) Wu.

Courtesy of Brilliant Talent Discovery Awards Colin also won the Excellent in Piano Performance Scholarship, guaranteeing him an opportunity to participate in masterclasses and performances as part of that organisation.

Bravo to Colin Chang!! 🙌🏼🙌🏼 And special mention to his teacher Michael Berkovsky of The Royal Conservatory

On top of Laureate, William was awarded:

- Rising Start Award from iClassical Academy
- the Ouspensky Family and Friends: Conducting Award, with an opportunity to study conducting with Giacomo Franco, and conduct a concert with the New York Chamber Players Orchestra in DiMenna Center in the fall of 2022.
- William Yeh also won the Excellence in Violin Performance Scholarship from Brilliant Talent Discovery Awards
- He was awarded 2nd Prize in his age group 11-14.

It’s incredible that you won SO many awards, William!! We love your energy and enthusiasm as well as your spectacular musicianship. All the best in your future!!

Many congratulations to Terri Ji on becoming a Laureate of the 2021 Sound Espressivo Global Competition !!!

Terri Ji astounded us with her performances throughout her Semi-Finals and Finals. And we are delighted that she also won 1st Prize in her Age Category.

Sound Espressivo Competition announced Laureates and Winners of 124 Awards. Congratulations to all participants, for their dazzling LIVE music performances on a Virtual Stage!
Thank you to our incredible Judges, for providing invaluable feedback to contestants!
Thank you to our generous collaborators, for sponsoring Awards aimed at helping contestants develop further their artistry and their careers!
Thank you to contestants' dedicated Teachers and Mentors, for guiding their students' through development of their talents!
Thank you to our audiences of nearly 1 million people, for viewing the Competition events and announcements, for cheering contestants, for voting on James Adler Audience Favorite Award, for "liking" our broadcasts, and for writing encouraging comments!

Help us spread further our message of celebrating live music and musicians!
Please like our channels, leave us a comment so we know that you, too, support initiatives like Sound Espressivo. Thank you all!
~Anna and SEC/VCHS Team
https://www.soundespressivocompetition.com/so/afNxdCmmi?languageTag=en#/main

We are delighted to showcase our LAUREATES of the 2021 Sound Espressivo Global Competition!

This is Ayla Takeda Moreno, who played brilliantly for the Finals. She has won the 1st prize at our competition as well as winning awards from:
Outstanding Artist Award from iClassical Academy

Congratulations and all the best in your upcoming performances and career ahead!

Virtual Concert Halls is happy to present the Sound Espressivo Competition Gala. Congratulations to all Contestants on their success at the competition. Many thanks to the Judges, to organizers, sponsors, teachers, parents, and everyone who helped make Sound Espressivo a great celebration of music!
Today will announce Winners and recipients of Sound Espressivo 2021 Awards.
SOUND ESPRESSIVO - A NEW GENERATION OF CLASSICAL MUSIC COMPETITION, Empowering Tomorrow's Musicians!
SEC brings hope and encouragement for musicians. Contestants perform in live broadcasts from their own location anywhere in the world.
The current time asks for change and encouragement. We at Sound Espressivo find it critically important to provide musicians with the glimpse of HOPE. That is why we offer the possibility to perform live concerts online with beautifully delivered sound quality, because the "era of Zoom and pre-recorded videos" is quite depressing for people in the performing arts. We provide technical and production systems adopted from TV practices that are standard for the US television industry and networks.
37 Members of SEC Jury Panel and 16 companies which sponsor Prizes are a manifestation of a truly global community and cooperation.

SOUND ESPRESSIVO brings this extraordinary opportunity to perform live on a virtual platform, which delivers the real beauty of live music, to the complete community of music teachers and students with no boundaries. Live Internet broadcasting of beautiful performances can and should be available to all who dedicate their love and talent to classical music!
https://www.soundespressivocompetition.com/

See you all at the Gala!
SEC and VCHS Teams

Composer Leonardo Le San has had a distinguished career of premiers at Carnegie Hall, The Merkin Hall, The Palais Ehrbar of Vienna, The Philadelphia Museum of Art, and The Harvard Musical Association; as well as, a notable appearance as both composer and pianist at the White House. Leonardo has been featured on RCN and international classical TV through the Euro-channel of Allegro-HD reaching the network’s two million viewers.

As a stylistically diverse composer of chamber, solo, and electronic music, Greg Pfeiffer's works range from unapologetically tonal to unforgivingly atonal. His works have been performed throughout the United States and internationally including performances at the June in Buffalo festival, the Internationale Ferienkurse für Neue Musik in Darmstadt, and by groups such as the Boston Microtonal Society, ThingNY, The Curiosity Cabinet and the Contemporary Chamber Players of Stony Brook University.

Dutch guitarist and composer Annette Kruisbrink (1958) has composed over 400 works, primarily for guitar and guitar with other instruments. Her compositions have been published in America, Canada, and various European publishers. She has received numerous prizes and awards at prestigious composition competitions. Kruisbrink holds guitar and composition seminars throughout the world and is often a jury member at international competitions.

Quartets by Beethoven? - "oh yes, monumental!" Quartets by Schostakovich? - "oh yes, powerful!" But that's our response 50, 100, 150 years after they were composed... did you know that both these iconic creators of quartet music struggled even with getting musicians to PERFORM their quartets, let alone shoring audience to HEAR them? Are you content with being part of the infamous "narrow-sighted contemporaries of musical giants" who were just utterly unable to recognize the newly written great works for what they were, or about to become? People just couldn't see Beethoven's, Schostakovich's, and many other's music for what it was going to be just a few decades later - future everyone's "classics". Those which today not only dominate concert programming, but pe*****te every moments of our lives, from movies, to commercials, even to phone ringtones! Maybe we can do better? Maybe we start by just listening, watching? So our opinion is at least better informed?
Contemporary Quartets features RUSQUARTET presenting the works of  Annette Kruisbrink, Greg Pfeiffer, and Leonardo Le San.
February 3, 2022 at 7:00 AM EST (UTC-5)
Contemporary Quartets featuring Argus Quartet presenting the works of Augusta Bates, Jane Brockman, Jerry Casey, Dr Jenny Game, and Igor Korneitchouk.
February 4, 2022 at 2:00 PM EST (UTC-5)
https://www.youtube.com/c/VCHs20

Be the first to know and let us send you an email when Virtual Concert Halls posts news and promotions. Your email address will not be used for any other purpose, and you can unsubscribe at any time.

Liberties and Freedoms of Sound Espressivo - how to make the most of it? 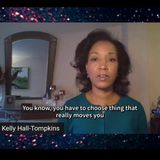 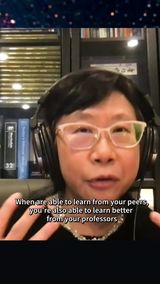 TWO TIPS THAT WILL TRANSFORM YOUR MUSIC STUDIES

How to stay inspired when practicing?

5 Things You Need to Know About Us

News from Sound Espressivo past Winners

Other Music production in Vienna