Strategy and analysis for military and defense leaders. Founded in 1863. Owned by HistoryNet.

Marine Col. Gregory “Pappy” Boyington, the World War II ace and Medal of Honor recipient, was as well known for his flamboyant personality as his flying skills.

From the June 9, 1864 issue of Army and Navy Journal - estimated costs of a cavalry regiment 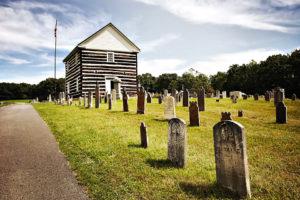 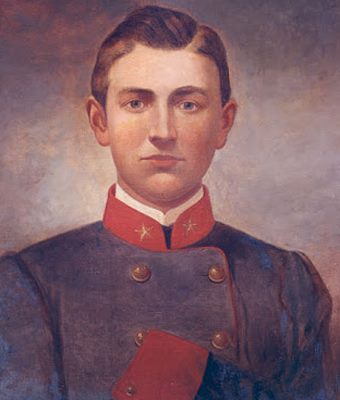 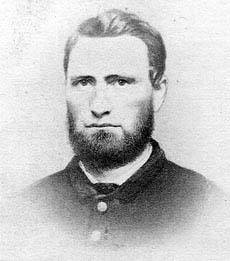 SNAPSHOT: Netflix’s War Machine gets some details right about Afghanistan in 2009-2010, but it suffers greatly by portraying its central character as a sort of Frankenstein's monster. The film follows General Glen McMahon (Brad Pitt), who assumes command of coalition forces in Afghanistan in 2009. B...

THE VIETNAM WAR | Special Preview on May 28 | PBS

THE VIETNAM WAR | Special Preview on May 28 | PBS

Ordered to cut off supplies to British troops occupying Philadelphia, a young Patriot officer played a deadly game of cat and mouse. Just before midnight on April 30, 1778, Brig. Gen. John Lacey Jr. walked the perimeter of his unit’s encampment north of the crossroads village of Crooked Billet, 17 m...

The Face of Battle: Americans at War, 9/11 to Now | National Portrait Gallery

The Face of Battle: Americans at War, 9/11 to Now | National Portrait Gallery

The Face of Battle: Americans at War, 9/11 to Now explores and assesses the human costs of ongoing wars through portraiture. The exhibition title is drawn from John Keegan’s classic military history, which reorients our view of war from questions of strategy and tactics to its personal and individua...

Though the young French general ultimately failed to wrest Egypt from the Mamluks, he did win the trust and support of his countrymen. Late on the wintry afternoon of Dec. 5, 1797, a 28-year-old Frenchman stepped from a carriage at 6 rue Chantereine in Paris. “At first sight he seemed to me to have…

ON THIS DAY IN 1961: A cabal of French generals, upset with the government’s handling of the war in Algeria, attempt to overthrow President Charles de Gaulle in what will become known as the Algiers Putsch.

Newspaper reporters are seldom popular. They are the bearers of bad tidings. They ask embarrassing questions and reveal unpleasant facts. They’re frequently pushy and obnoxious. In opinion polls, Ameri­cans rate reporters at the bottom of the esteem spectrum, along with poli­ticians, lobbyists and u...

Today in 1919, Mexican revolutionary Emiliano Zapata is ambushed and shot to dead by Federales in Morelos.

Communication Failures Cost Forrest and the Rebels Dearly at Tupelo The summer of 1864 was in many ways the Confederacy’s last gasp for survival. Ulysses S. Grant had gone east to take overall command of the Union Army, but he left his…

Since World War II, sailors with the Naval History and Heritage Command’s Combat Art Program have been deploying with paints and brushes to tactfully record U.S. naval history.

ALLEN BOYER is a former senior appellate counsel in the enforcement division of the New York Stock Exchange. Rocky Boyer's War: An Unvarnished History of the Air Blitz That Won the War in the Southwest Pacific, to be published this year by Naval Institute Press, is his fifth book. 1. What inspired y...

A list of history’s 100 best military commanders, from ancient to modern times. We combed through 3,000 years of history to identify “standout” military commanders whose battlefield prowess, impact on the conduct of war in their respective eras, or significant contributions to the development of war...

Our June 2017 issue is now on sale! You won't want to miss this rare account of Longstreet's wounding, places to explore in Pittsburgh, and Part 1 of our look at the Confederate Augusta Arsenal. Get yours at Barnes and Noble, Walmart, and online at our company site: http://bit.ly/1NDBYQr

Audio: Why Was Music So Important For Soldiers During The Vietnam War?

Audio: Why Was Music So Important For Soldiers During The Vietnam War?

Vietnam Veteran Doug Bradley, Co-Author of the book "We Gotta Get Out Of This Place", discusses the role music played for soldiers during the war.

ON THIS DAY IN 1871: Otto von Bismarck is appointed chancellor of the German Empire after helping lead Prussia’s rise to power during the Wars of Unification.

Johnston Comes Out Swinging at Bentonville

Johnston Comes Out Swinging at Bentonville

Outmanned, disorganized and disheartened, the Confederates could do little more than harass Gen. William T. Sherman’s Federals as they swarmed through the Carolinas in February and March of 1865. But as he met with his commanders on March 18 just southwest of Bentonville, N.C., Sherman conceded he w...

Any Fool Can Obey an Order - Modern War Institute

Any Fool Can Obey an Order - Modern War Institute

“In war the first principle is to disobey orders. Any fool can obey an order. He ought to have gone on, had he the slightest Nelsonic temperament in him.” So wrote First Sea Lord Jacky Fisher in angry critique of Capt. H.M. Pelly, a cruiser captain under Adm. Beatty at the Battle of Dogger Bank …

Sky Above, Mud Below

Sky Above, Mud Below

Only those who endured the shrieking shells, stagnant water, creeping rats and rotting corpses could truly convey the horrors of World War I trench warfare

Battle Of The Alamo

Battle Of The Alamo

The Union colonel’s own clouded hindsight has led to confusion about his 1864 heroics. June 18, 1864 was not a good day for the Army of the Potomac. Lieutenant General Ulysses S. Grant had ordered another series of assaults against the Confederate lines at Petersburg, Va., hoping to capture the city...

Be the first to know and let us send you an email when Armed Forces Journal posts news and promotions. Your email address will not be used for any other purpose, and you can unsubscribe at any time.

Other Publishers in Vienna

You are correct. There was no change.

President Barack Obama’s willingness to keep the current fleet of Marine helicopters assigned to the president because the current Marine One “seems adequate” is in sharp contrast to the approach one of his predecessors took with respect to the presidential helicopter fleet. One morning on returning to Andrews Air Force Base, President Lyndon Johnson was approached by a Marine sergeant on the tarmac who pointed to a particular helicopter and said, “Mr. President, your helicopter is over there.” LBJ draped a large arm over the Marine’s shoulder and replied, “Son, they are all my helicopters.”

The cost overruns for the proposed new helicopter fleet are far too much for the Navy to continue to pursue the project. These helicopters are not Air Force One. While all of the add-ons and bells and whistles may be justifiable to some at the Pentagon, one has to wonder how much should be put into a platform that is essentially used for very short hops.

In the event that the White House needed to become “airborne,” Air Force One is the platform on which that would happen. Not a helicopter.

Other Publishers in Vienna (show all)