This is the LAST WEEK to submit your work for our 2022 issue, Worlds in Flux! Submissions close December 3rd! Submit here: https://foliolitjournal.submittable.com/submit

FOLIO Volume 37 (2022)SUBMISSIONS FOR VOLUME 37 OPEN ON OCTOBER 1, 2021 AND CLOSE ON DECEMBER 3, 2021.Heraclitus maintained that the very nature of life is flux, is change, and that to resist this change was to resist the essence of our existence.What could be more relevant today than the idea of Wo...

Although our last two volumes were themed, this year we’re hosting general submissions. We encourage all those interested in submitting to write about anything that reflects the human experience— tap in to any creative inspiration you feel. Good luck!

Looking to support Black-run literary magazines and organizations? Check out this comprehensive list!!

Since early March, we have seen an uptick in layoffs, job cancelations, fellowship/residency delays, and more. We hear often how unprecedented these times are, and we applaud our essential workers, bang pots and pans for those burdened by frontline efforts. Art reminds us of our humanity, and yet,...

3-2-1 WE HAVE LIFT OFF! Our ALL SYSTEMS GO issue is here lit community! Join our online launch party TONIGHT at 8PM EST. DM us for the link if you would like to attend! You can get your copy of our digital issue at:
http://www.0s-1s.com/new-magazines-ii/folio-35-1
*If you need any accommodations to fully access the launch event, please DM us. #allsystemsgo #liftoff #litcommunity #nonfiction #fiction #poetry #writingcommunity #literarymagazines #folio #areyoureadytogo

It's the final countdown! Our online launch party is tomorrow at 8PM EST. Open to all! If you would like to attend, DM us for the link. You can purchase and download your copy of our digital issue at:
http://www.0s-1s.com/new-magazines-ii/folio-35-1
*If you need any accommodations to fully access the launch event, please DM us.

Don't forget to launch off with us!! Get ready for our online launch party on May 1st at 8PM EST. Open to all! If you would like to attend, DM us for the link. We're SO excited that we are making our DIGITAL ISSUE available early! You can purchase and download your copy at the following link:
http://www.0s-1s.com/new-magazines-ii/folio-35-1
*If you need any accommodations to fully access the launch event, please DM us. We're counting down to launch Folio community!!! Our online launch party is taking place on May 1st at 8PM EST. Open to all! If you would like to attend, DM us for the link. We're SO excited that we are making our DIGITAL ISSUE available early! You can purchase and download your copy at the following link:

*If you need any accommodations to fully access the launch event, please DM us.

To our wonderful literary community - we are so excited to reveal the cover of our Spring 2020 Issue: All Systems Go!!!!! Copies will be available for purchase in digital and print form starting April 30th!! #allsystemsgo #areyoureadytogo #litcommunity #foliolitjournal #writingcommunity #writing #litcommunity #readyforlaunch #studentpress #literature #nonfiction #fiction #poetry

Congratulations to our past contributor Meg Eden on the release of her poetry collection Drowning in the Floating World out this month. Enter to win a free ARC at the following link! https://l.facebook.com/l.php?u=https%3A%2F%2Fwww.rafflecopter.com%2Frafl%2Fdisplay%2F1ab65e703%2F%3Ffbclid%3DIwAR3P3QUFbS-P2YlDr7xd6c-4t0w664dZ-RoL1D_OuItNwOqCV7UNoeMmdFU&h=AT2D0Zv1xzS0fkkO2sHAvHfLNedURS3fjEZ0iXRsKM_esU0A8g1b4LneJHdwiwgwnJv2zmr8vpSLg2CtFcYiyyFC8M2udTG88Jlf7PePCGQqTuuGmYMORjj4ZTa6AH7cdTlZupeuFwR6ZnYemxmWaWbSdblPRZSD-Ksx5VLVj_8DgXNXp9P3c_J16Ha3lXcVCgjl5iaHpoM4uSvLdfpC2FnVKoZxnTsRFqmA9-muVrM6I6LwL-TBZYVt-sGfKhbFkUtlTDvjahG9DkllZxtJk8odn2iz7QLDxl8i64be69tTEJ3gDT__BXFRnvnrm1zRaxwpbqHRGG7k8vhcgPWBVAq7hna6A7JhHi4sOYQlFSuDNet6P8ZIvvtzmM7ZPTyx4

Hey past contributors! Have anything upcoming you want to promote? DM us and we'll share on our pages! We're hard at work over here on our current issue! #allsystemsgo #areyoureadytogo #folio #pastcontributors #writingcommunity #writingfamily #getpublished 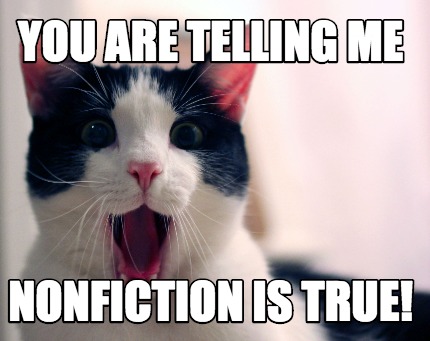 Hey writers! Our countdown is on and we still need your #nonfiction! #opensubmissions #fiction #poetry #getpublished #writerscommunity #writers

#tbt to when we interviewed Walter Kirn for our 2010 issue! #folio #opensubmissions #writingcommunity #nonfiction #fiction #poetry

Welcome back to Instagram. Sign in to check out what your friends, family & interests have been capturing & sharing around the world.

T-minus three days until submissions open for All Systems Go! Are you ready for launch?!

Are You Ready to Go?

Are you ready to go? T-minus 4 days until submissions open for All Systems Go! First orders are going out! We're so happy to finally be sharing the World Tree issue with our contributors and subscribers 🥰

Ordering is now open for FOLIO Volume 34! This volume is brought to you by our incredible editors @thewickedword, @yodelnyc, @melody415, and Shanique Carmichael, who put so much love into these pages!

In addition to some incredible poetry, fiction, and non-fiction, this volume includes an interview with award-winning author @SoniahKamal, who wrote "An Isolated Incident" and "Unmarriageable" (2019), a Pride and Prejudice retelling set in Pakistan. Don't miss it!

FOLIO VOLUME 34 (2019) COMING MAY 12TH, 2019 PREORDERS WILL SHIP ON OR AROUND MAY 8TH In this issue: an interview about finding universalities with Soniah Kamal, author of Unmarriageable; the winners of FOLIO’s annual Editor’s Prize: “Ode for an Ode on a Grecian Urn” by M.B. McLatchey (Poetr... 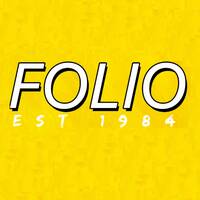 Congratulations to MB McLatchey! She's the recipient of FOLIO's Editor's Prize for Poetry in our upcoming issue. We're thrilled to publish this lovely piece!

Congratulations to Joseph Cárdenas (@chamaco_chamuco) for receiving FOLIO's Editor's Prize for non-fiction this year! "Young Dioses" is an affecting piece about the truth about family lore and how it moves us. We're honored to publish it! Every year, FOLIO is thrilled to select an Editor's Prize piece in each genre we publish.

Congratulations to @CarlyHusick (Fiction)!! Our fiction editor @melody415 called 'Related Disorders' "the kind of story that sticks with you. With real skill, Carly Cusik shows the complex emotions that can both strain and bind together a family." Check it out in our 2019 issue!

We are so excited to share our cover art for our latest issue! Thank you Megan Dignan for sharing your talent with us! Check out Megan's work here: https://www.redbubble.com/people/megdig

Take the redline up to Tenley. Get on the AU shuttle that picks up two steps down from the M4 wmata stop, or walk for 15 minutes up Massachusetts Avenue till you get to Ward Circle, and then walk into campus and check for Battelle Tompkins. (But really, just send us an email.)

Published once a year.

Be the first to know and let us send you an email when FOLIO posts news and promotions. Your email address will not be used for any other purpose, and you can unsubscribe at any time.

Send a message to FOLIO:

Are You Ready to Go?

Other Magazines in Washington D.C.