Inside North Ranch is the exclusive neighborhood program that consists of a publication written by and for the residents of North Ranch, Digital Marketing, and Events.

Featured in our “Inside North Ranch” February Issue, Jo Ann and Mark Tattersall have hosted their annual holiday light show for over 20 years. Mark and his brother Dave Tattersall have worked together on setting everything up which takes approximately two months with four helpers in addition to them to accomplish this gorgeous display.

The Tattersalls also collect nonperishable food donations, unwrapped toys, and monetary donations for Manna, our local food bank. In 2021, they had a donor who matched cash donations up to $2000. Jo Ann had informed us that it was a wonderful way to celebrate the holidays with their family, friends, and neighbors and help make a difference in stocking the Manna shelves at such an important time of year.

The community was able to see this spectacular display every Friday, Saturday, and Sunday in December for their annual light show and collect for their Manna donations!

February Recipe is Cupcake Pops by Arleen Scavone and Chef Julia San Bartolome from Inside Sweet Arleen’s Kitchen.
Cupcake Pops are the perfect valentine gift and now you can make your own at home! While we use our actual cupcakes and icings at the bakery for our pops, we’ve simplified the recipe for at home bakers using store bought cake mix and icing. Saving time on these steps give you more time to spend on creative decorating and personalization activities. Check out instagram or ……. for endless ideas! Photography by @tyler_routh @sweetarleens

Dr. Pejman Badiei, MD, a Southern California native, who has been practicing as an Internal Medicine physician for the community over the past 10 years.

The idea for NYLA was born after noticing his wife struggling to balance home responsibilities with her desire to make time for personal care. The concept then arose to bring the cosmetic injector directly to the client - while providing the same level of quality, personalized treatment and outcomes as traditional high-end medspas.

With the assistance of his younger brother and business partner Sauman Badiei, a UCLA graduate with a background in healthcare management, the vision quickly turned into reality. And as of August 2021, NYLA Concierge Medspa was officially launched.

Dr. Badiei is now using his aesthetic expertise and attention-to-detail to meet the cosmetic goals of his clients in the comfort of their home. With a focus on continued education and training in the most advanced techniques and products, Dr. Badiei helps combat signs of aging in a safe and effective manner. Both women and men can expect a personally tailored treatment plan to help turn back the clock several years and maintain a youthful appearance.

Dr. Badiei and his team strive to foster a relationship with prospective clients that goes far beyond the needle. After every appointment, he makes sure to personally follow-up and ensure all his clients are happy with their results.

In the near future, NYLA will expand their list of services to include other popular medspa treatments including PDO Threading, Kybella, Facials, Microneedling, and IV Drips

To contact Dr Badei and schedule your in home treatment please call 805-380-5193 or go to nylamedspa.com @nylamedspa

Wishing you all a day of love and laughter with your friends, family and fur babies.

George Youmans pops the question to his Love Summer Griffiths

George chose the date to pop the question on 12/22/21, because it's a palindrome, meaning that it is the same forwards and backwards. Palindromes have an infinite balance to them, which he thought was pretty cool in relation to love and relationships.

George wanted to plan out a perfect day of little surprises. Being fitness junkies, the day had to start out with a beach workout at DMN8. They then had a well-earned brunch at the Huntley at their penthouse restaurant overlooking the coastline. From there they went to a nearby massage parlor. Despite the relaxing nature of the massage, George was anything but calm as he knew it was getting close to the moment he would be dropping to his knee.

They then picked up picnic food and drove up the Malibu coastline to a spot on Encinal canyon overlooking Malibu. With George’s photographer friend hiding in the bushes, George read Summer a poem recounting their relationship and promising what was to come. The last line asked her to marry him. She said yes!!!

Their lost stop was to Ojai, one of their favorite places to get away and tune into one another.

For George and Summer, It was a perfect start to this exciting new chapter in their lives.

Geroge Youmans is also Co Founder of @drinkhiyo and featured on our November issue.

February Issue Car Featured in “What Drives Us”, is New North Ranch Resident – Kevin Barrett’s 2009 Rolls Royce Phantom Drophead Coupe. It is one of the largest production convertibles ever made and the last convertible Phantom from Rolls Royce.

Kevin acquired the car from an avid collector in 2019. He wanted to make room for an incoming Rolls Royce Cullinan, the brand’s first-ever SUV, and I was looking for a car to compliment his 2005 Rolls Royce Phantom sedan. Both Phantoms are stored at his storage facility, @barrettautomotivegroup Barrett Automotive Group.

He stated it is not the fastest car on the road. Instead, the car is unapologetic about its 100% commitment to luxury, craftsmanship, and comfort. Racing through the canyons is fun, but if you need a relaxing drive there is
not anything better than this car for that purpose.

Kevin loves that it is a 2-door coupe that is as large or larger than many pickup trucks. In addition to its overall presence, it fits four adults comfortably, runs whisper quiet, and is rock solid at just about any speed over any road surface

Depending on options, Drophead MSRP when new often exceeded half a million dollars and, in 2015, it was the most expensive model in the Rolls Royce lineup.

Produced from 2007 to 2016, Drophead production made up about one tenth of the approximately 10,000 Phantom cars built during that time. In other words, there are probably only about 1,000 of these cars in the world.

In addition to its rareness while in production, Rolls Royce has discontinued the Phantom Drophead Coupe and Coupe altogether. The brand’s current coupe and convertible models (Wraith and Dawn) are both built on the Ghost chassis, which is slightly smaller and, arguably, a bit more conventional than the colossal Phantom platform. Thus, the Phantom and its variants remain the ultimate Rolls Royce cars.

They wanted their union to benefit their community. William however (in addition to his profession) was already the President of Casa Pacifica, A mentor to the Boys and Girls Club and the Director of Big Brothers and Big Sisters Org.

Jewel decided to scope out lower income communities where poverty level children were being scholastically brushed aside. William believed that art is so important because it allows kids to express without words regardless of ethnicity or family income. When children express themselves together it becomes an effortless bond.

William suggested that his wife present a financial proposal and told her that if the numbers made sense he would definitely support her endeavor. So was born “Dancing with Our Future Stars”.

William not only supported his wife’s goals but took her idea even further. Despite his demanding schedule he recruited volunteer children to make a movie (short) about the danger of gangs and what can happen if a youth becomes involved in one. Throughout the entire film project, William worked in the trenches right along with the kids. He told Jewel; “It would be a shame to waste these kids because one day, one of them may be president”.

Interestingly, the children that William and Jewell involved in dance and other artistic projects began to do better scholastically.

William always said that; “Love Saves” and his legacy of love will live on through his wife Jewel and the “Dancing with Our Future Stars” non-profit.

For more information or to donate to Dancing with our Future Stars
Go to https://dwofs.com/donate.

Quick Reel of the Event That we hosted for our North Ranch and Lake Sherwood residents.
Part of our program is events connecting our sponsors with our residents. What a fun night.

What a great turnout for our first event @song_word_art gallery event. Big thank you to @sigiandpam and @mizelestatevineyard for sponsoring this event. Great turnout and the food was delectable @tastesandtalesgroup that catered this event.

January Recipe by North Ranch Resident Arleen Sarvone and Chef Julia Barolome Starts off the New Year right with this easy-to-make and gourmet appetizer.
Praline Bacon.
You will be surprised as to how delicious every crumb is!
Using a combination of pecans, spice, and a touch of sweetness for caramelization, you cannot just eat one!
Great for gifting, parties, or special occasions, it is a favorite of ours, served at every gathering. Photography by @tyler_routh @sweetarleens

Kimberly Hirbal . - "To focus less on my to-do list and more on living in the moment."

Mary Grey - "To get my puppy leashed-trained."

Thousand Oaks Library Board Vice-President and North Ranch resident, Aerin LeDuc-Gummeson, was recently recognized for her Community Outreach work on behalf of the Thousand Oaks Library with an award grant from her former sorority, Pi Beta Phi. Through the grant, she was able to purchase 2,792 brand new books to give to under-served children in the area. “I was thrilled to be awarded this wonderful grant, but found myself waking up at night just hoping the books would even fit in my garage. Thankfully they did, and we’ve already distributed over 700 books, 500 of them to kids at the CRPD Halloween ‘Trunk or Treat’ and another 200 over two events at the Westminster Free Clinic. Many of the kids I meet have never visited our beautiful Thousand Oaks Library, so I also tell them about the library and explain how to get a library card before helping them pick out a book of their very own. It’s so great to see kids excited about learning, and I truly love promoting our wonderful Thousand Oaks Library.” @thousandoakslibrary @friendsthousandoakslibrary

Celebrating One of my contributors. I bought pastries from @carrarapastries . She is Italian and had grandparents that made cannolis among other things. She has been looking 50 years for the perfect cannoli since her grandparents died. She was practically crying yesterday with how delicious these were. No exaggeration . She couldn’t get over how absolutely delicious these were or how beautifully presented they were. @moorparkcarsandcoffee thank you for the recommendation!!!

Be the first to know and let us send you an email when Inside North Ranch Magazine posts news and promotions. Your email address will not be used for any other purpose, and you can unsubscribe at any time.

Send a message to Inside North Ranch Magazine: 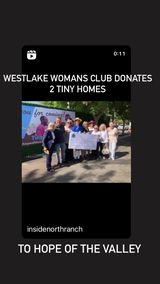 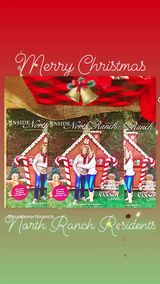 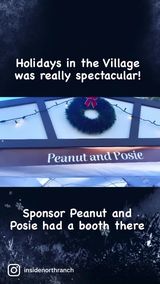 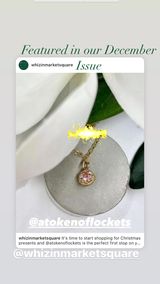 Whizin Center A Token Of lockets 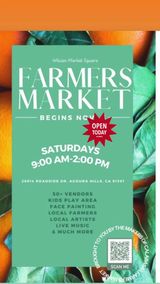 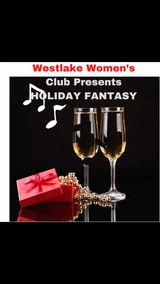 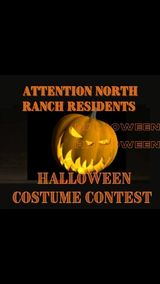 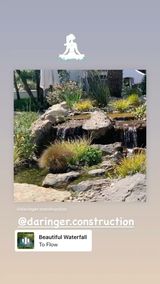 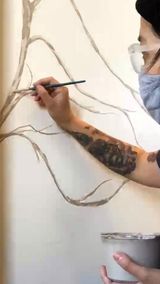 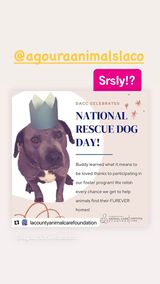 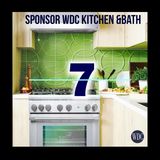 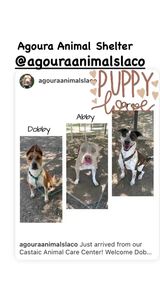 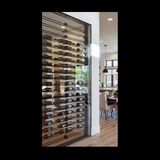 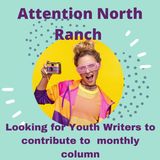 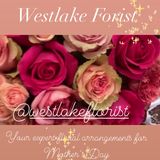 Other Publishers in Westlake Village

Where are my wine lovers at🍷? Virtual free wine tasting. Space is limited please RSVP