We are a state of the art recording studio featuring an innovative workflow and relaxed atmosphere. Recording, Mixing, Mastering, Track Production, Arranging and Sound Design.

We have so many great BTS moments to share of The Temptations @ SFS! So great to see everyone again! Dr. Otis, your positive energy is always inspiring. 🧡

The Temptations at SFS! More about the journey & process of making their 60th Anniversay album!

* The Temptations HAVE DONE IT! * Congratulations on showing your fans, collaborators and the entire industry what a 60-year hit-laden career & legacy looks like! Still going strong!

Sharon Frankfurt and I feel very grateful to have been a part of the creation of this all-original 12-song record. A production tour de force including Otis Williams, Smokey Robinson, Narada Michael Walden, Dave Darling, Ron Tyson, Tc Campbell & Dennis Finger Roll Nelson. I learned so much and will be sharing more behind the scenes soon!! 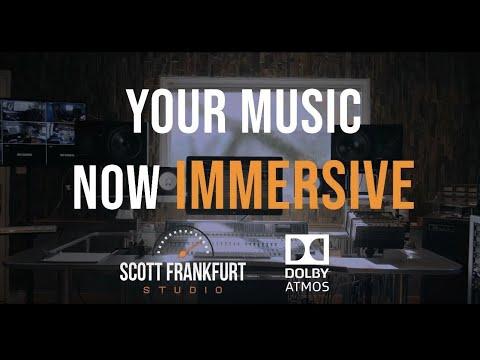 What does this mean? It means your music can be delivered in all the modern spatial formats - and mixing this way will blow your mind with creative possibilities! We can’t wait for you to experience the future of your sound – here now at SFS!! 💥💥

😎🧡 Congratulations🧡😎 Narada Michael Walden on the release of The Temptations single “When We We’re Kings”! Watching you guide the group into this performance was an experience I will never forget. Jim Reitzel and the rest of your team are 🔥 too. 🧸🤩

And then there was C.

Scott Frankfurt Studio is a state-of-the-art recording studio with an innovative workflow and instantly welcoming atmosphere. Located in the Los Angeles comm...

The Temptations "Is It Gonna Be Yes Or No" Trailer

Check out this teaser!

My friends Dr. Otis Williams and Smokey Robinson, and all the Temptations! So excited to see this rolling out! So very honored to have recorded and mixed this piece of history!

The brand new Temptations song "Is It Gonna Be Yes Or No," featuring and produced by Smokey Robinson, is out now. Available everywhere for streaming and down...

MIXING FROM MARS: Source Elements SCP and Splashtop Business and a VPN allowed me to reverse remote mix AZ to LA using the power of my Avid Pro Tools Ultimate HDX DSP with Universal Audio PCI’s back at the studio through analog mix bus! It’s tactile and still feels like magic. Really glad I could keep the mix mojo going for the incredible Scott Mayo Music last week! 🧡😎🪐👽🚀🎶🦄 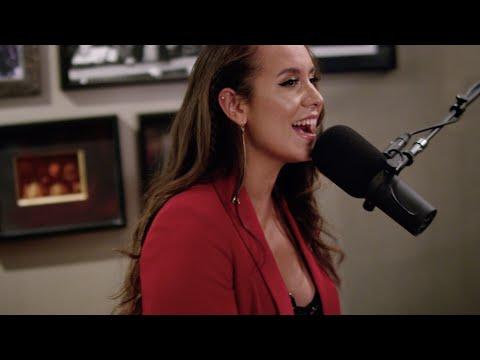 "If I Ever Lose This Heaven" feat. Vi and members of Earth, Wind & Fire

Suddenly - the YT algo noticed my production of "If I Ever Lose This Heaven" featuring Vi Jordan and my friends from Earth, Wind & Fire Verdine White, John Paris, Serg Demitrijevic, Scott Mayo, along with Jack Majdecki and Mika Mutti! We are approaching 300,000 views, most in the last month or so.

This has never happened to me before (amateur YouTuber) - but I'm very grateful for the responses we are seeing! Enjoy with us!

Vi performs a classic funk cover of “If I Ever Lose This Heaven”. Written by Pam Sawyer, Leon Ware (1974), the song was first released by Quincy Jones. This ...

NEW VIDEO RELEASE: In honor of Sergio Mendes' return to the Hollywood Bowl Aug 15th, the new album & John Scheinfeld's documentary film "In The Key of Joy", here is an insightful peek into the creative process while making the album at SFS!

Opportunity at SFS! Growing our team!

🧡 My heart is overflowing; I can’t contain my excitement! Christopher is a most insightful, tasteful, heartfelt guitarist... not many know what a force he is on the instrument because his songs and voice are usually in focus. Beyond honored, my kind friend. Late 90's. Session's done. Jeremy Lubbock jumps to Rhodes & shouts "Scottie put me in record...". One live take to MIDI. For fun I respond with synths using everything I owned 😆. He loved it! Never released / fondly remembered. Sadly, it was lost for years (recall was unfeasible). Dec 2020 I found a print on DAT! Hadley Mastering re-mastered it. Spoke recently with "Lubbs" and we agreed to share on all platforms. May it bring you a quiet moment – and a sweet Christmas dream! ❄️

VIDEO INTERVIEW: Ross Palmer invited me to share on his "Beat The Often Path" entrepreneur-oriented podcast – it was an honor – and in it I hope you find encouragement to *keep going* in whatever it is that ignites your creative endeavors!

Control Room aftermath of last weeks scoring date. We are *safe and compliant* and back to work with humans. 🎙🎻🥁

Honored to have collaborated with Wave Studios NY to record the legendary #33 Scottie Pippen! It was so fun to meet him and record that voice for this NBA / Michelob ULTRA spot. :)

A whole new game meets a whole new experience. Subscribe to Michelob ULTRA’s channel: http://bit.ly/SubscribetoMichelobULTRA Brewed for those who know it's o...

STEVE. GADD. BAND.
Video On Demand for a couple more days.
Support world famous THE BAKED POTATO.
Trust me. You are welcome.
https://www.thebakedpotato.com/gadd-band-video-on-demand/

MUST SEE AND HEAR: Spectrasonics Presents NikKollective ft. Pocket Queen - so *rare* to hear this kind of skill blending with this much musicality!

A few months ago, we decided to test how well Keyscape works onstage in a large, live band setting and see how well it would hold up sonically with a lot of ...

Hey EVERYONE! Happy 88th day of the year - International Piano Day! 🎹 I promise this will make you smile 😃! Thank you Spectrasonics! 🧡

PLEASE SWITCH TO HD FOR BEST AUDIO Happy International Piano Day! To celebrate the 88th day of the year, we're sharing this wonderful moment we captured of t...

COMING SOON: Being the recording engineer over two years and seeing the album created in my studio at point blank range :) is one of the great joys of my career! So excited for the whole Sergio Mendes team!

Sergio Mendes to some will forever be defined for his Latin pop sound that graced AM radio in the ‘60s and ‘70s, namely his band Brasil ’66; as well as

🧡 Happy Birthday 🧡 to my friend and Maestro Sergio Mendes, and thank you for such a magical night celebrating you, the new album, and the stunning documentary of your life, “In The Key of Joy”! Love was everywhere! And thank you @johnscheinfeld for this amazing film! Can’t wait for the release! @ Skirball Cultural Center 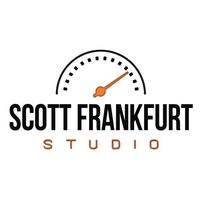 Thank you Michael Brown of KHTS Radio for this insightful article! If you haven't seen Ivana Vi's video featuring our friends from Earth, Wind & Fire yet, visit the included links or head over and visit our new site! I think you'll love it!

CELEBRATION: We're thrilled to present ⭐︎ Vi ⭐︎ - performing “If I Ever Lose This Heaven” featuring members of Earth, Wind & Fire! The legacy of Quincy Jones and Average White Band are celebrated — check it out!

Welcome to the Scott Frankfurt Studio - Watch Page! Featuring L.A. singer Vi - "If I Ever Lose This Heaven" - with members of Earth, Wind & Fire.

Visionary, entertainer, producer, musician and fashion trend setter - YES - but it's the spirit, generosity and elegance of this man that warms my heart the most. He's in a cool band too. 🤩🧡🤣

JP is simply the nicest guy you'll ever meet, which is why it's hard to believe how much pain he brings to those poor defenseless drums. When I grow up I want to be just like him!

Serg brings the groove at industrial levels - only to be matched by enthusiasm, infectious good humor, and this FACE! LOL!

When I met Scott Mayo I knew I had a friend for the ages. This man must eat enthusiasm and drink genius everyday. I'm not sure how to describe his musicality as he can play or write for anything - sing his a** off and produce at the level of the worlds best. I'm only scratching the surface - and you should not miss his performances (including a live solo that feels so good)!

Check out this BTS moment featuring our very own ⭐︎ Vi ⭐︎, as she collaborates with talents from legendary band Earth, Wind & Fire! DEBUTING Monday Jan 27th @ 11am 💫

The music video for “La Noche Entera” ft. @calidandee will be out tonight at 9pm PST on @youtube. SFS congratulates @SergioMendes on this debut!

WOODLAND HILLS, CA—Classic analog recording workflows mesh seamlessly with digital production technology at Scott Frankfurt Studio, located in the Los Angeles community of Woodland Hills. Previously available only to friends and by word of mouth, the studio has now been opened as a commercial venture.

Be the first to know and let us send you an email when Scott Frankfurt Studio posts news and promotions. Your email address will not be used for any other purpose, and you can unsubscribe at any time. 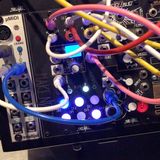 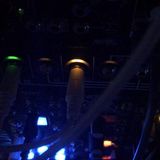 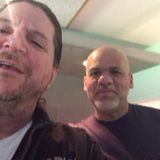 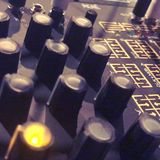 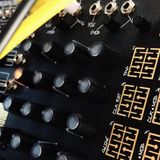 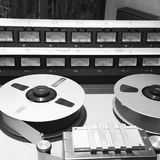 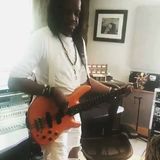 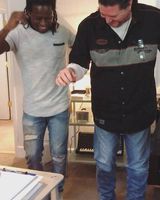