AYME Magazine is a platform that was created to share art and different lifestyles from around the world. We feature topics in Beauty, Travel, Healing Crystals, and more monthly.

Visit our website today to join our growing community. Would you like to feature your product with us for FREE? Become a Member on our website and you can submit all your greatness to be featured monthly for free! 🚂 As you start your journey this week, let’s take time to look at other peoples journeys as well! You never know what you’ll learn! Visit www.aymemagazine.com and see what you learn about someone else! 👓
.
.
.
.
💡North America's first transcontinental railroad was a 1,911-mile continuous railroad line constructed between 1863 and 1869 that connected the existing eastern U.S. rail network at Council Bluffs, Iowa with the Pacific coast at the Oakland Long Wharf on San Francisco Bay. Just as it opened the markets of the west coast and Asia to the east, it brought products of eastern industry to the growing populace beyond the Mississippi.
.
.
.
🔌

🇲🇽Cinco de Mayo is a yearly celebration held on May 5, which commemorates the anniversary of Mexico's victory over the French Empire at the Battle of Puebla in 1862, led by General Ignacio Zaragoza. 👓
.
.
.
💡Cinco de Mayo colors mirror those of the Mexican flag (red, white and green). The meaning of the flag colors has evolved over time, with green representing hope and independence; white, unity and purity; and red, religion and the blood of the national heroes.
.
.
.
🔌

✨This explosion of glitter this month is covering us all!! How beautiful is it to see someone shine as they make it in this world?! Megan Rice] gives us the answer in this month’s issue! Go now and check it out at www.aymemagazine.com 👓
.
.
.
.
📸 Cover Credits: Model Megan Rice]
Photos by Paige Pederzani of Roar Bo***ir ***ir
Makeup by Sarah K Ellexson of Beauty By Sarah Elisabeth
Choker by Eric Duckworth of Cultist Crafts
.
.
.
.
🔌 ***ir

✨This month we welcome into the family and share not only her wonderful photos but he mommy magic!! This ‘Model Mother’ is well on her way and we can’t wait to share more of her ‘glitter-ful’ journey!! Say Hi to Rajeena!! Visit us now at www.aymemagazine.com and read about her experience! 👓
.
.
.
📷 Photo by Charles Mitchell lll
.
.
.
🔌

🌃The Spring has bloomed some beautiful human flowers!! Sending a big thank you to all of our features this month for allowing us to be apart of their stories and also for being apart of ours!!! 👓

🪶The reason you can't tickle yourself is that when you move a part of your own body, a part of your brain monitors the movement and anticipates the sensations that it will cause. 👓
.
.
.
.
📖There’s still time to read this months issue “Fashionable Spring: Time To Bloom” online at www.aymemagazine.com
.
.
.
.
🔌

Updates to our Wix Spaces app happening this weekend!!! 🏆🌏

🏙 This issue is almost coming to an end!! There’s still time to see who and which topics we featured this month in “Fashionable Spring: Time To Bloom” covering the multi talented and inspiring of ! Check it out now by visiting www.aymemagazine.com 👓
.
.
.
.

Cover by
.
Biker Jacket by Phillip Micheal | “We Are Angels” | Global Angel Wings Project by to remind us that we are the angels of the earth!
.
.
.
🔌

📈Rise and Shine like the golden bitcoin!! Are you into cryptocurrency? Check out our new issue and read what we shared about this digital currency! Visit www.aymemagazine.com 👓
.
.
.
.
💡 Each Bitcoin is basically a computer file which is stored in a 'digital wallet' app on a smartphone or computer. People can send Bitcoins (or part of one) to your digital wallet, and you can send Bitcoins to other people. Every single transaction is recorded in a public list called the blockchain.
.
.
.
.
🔌

🌊 Our very first swimsuit issue is coming up!! This July 2022! We’re looking for all things summer and swimwear (male♀) ! Submissions are being accepting to be featured! Email us today! 👓
.
.
.
.
💡Our submission process is simple and FREE! Info on the flyer
.
.
.
🔌

🌱No matter your tradition or spiritual practices, this is an excellent time to celebrate joy and rebirth. As the Earth is coming alive again, we can focus on renewal and awakening. As the dark months pass behind us, we can expand, grow and focus on the warmth and light in our lives. 👓

👠 When we saw sent us an email with this seasons recap of events we were so excited! It was a fabulous event and you should see it!! Head to www.aymemagazine.com and check it out in this month’s issue! 👓
.
.
.
.
💡Follow now! They have all kinds of opportunities, see which ones you fit into!
.
.
.
🔌

🌏 It’s almost so we thought it would good to get you ready! 👓
.
.
.
🌱 This year's theme is “Invest In Our Planet”, encouraging individuals, businesses and governments to invest in technologies and practices that can benefit the earth.
.
.
.
🔌

✨If you haven’t checked out our cover feature this month you still can! Visit www.aymemagazine.com and read his story now!! 👓
.
.
.
📷 Images by
.
.

Biker Jacket by Phillip Micheal | “We Are Angels” | Global Angel Wings Project by to remind us that we are the angels of the earth!
.
.
.
🔌

🐶 AYME Magazine is planning something new for you and it includes pets! If you or anyone you know have pets and would like to share with us please contact us today! Information on the flyer! 👓
.
.
.
.
💡All kinds of pets are welcomed to be submitted!
.
.
.
.
🔌

🪶 Scientists say there are two ways our bodies can be tickled. The first way is the kind that might make you laugh — that’s when someone applies repeated, deep pressure to certain parts of your body. Read more about this topic this month when you visit www.aymemagazine.com 👓
.
.
.
.
.
💡Another type of tickling happens when something brushes lightly against your skin, like a blade of grass or a small insect. This type of tickling often makes people want to scratch themselves.
.
.
.
🔌

❄️This month we featured one of our long time members Artist ! Did you see this? Head over to www.aymemagazine.com now and see who else is featured!! 👓
.
.
.
.
🖼 American G-G-G-G-Gothic by Floydbingoart.com
.
.
.
🔌

🌞 Rise and Shine!! Hopefully everyone had a great weekend! Time to start a brand new week of greatness! Visit www.aymemagazine.com and view our latest new issue “Fashionable Spring” now 👓
.
.
.
Video by Sean Willets with Music by Grieg “Morning Mood”
.
.
.
💡
“There is period of time after you wake up called 'sleep inertia,'” according to Steven Bender, DDS, director of the Center for Facial Pain and Sleep Medicine and clinical assistant professor with the Texas A&M College of Dentistry. “During this time, we are typically groggy, drowsy, disoriented or grumpy.”
.
.
.
🔌

🐣 For Christians, Easter, also known as Resurrection Sunday, is a very important time of year, as it's when they believe that Jesus was brought back from the dead, three days after he died following his crucifiction. This is what you need to know about the story of Jesus' resurrection, and why we celebrate Easter today. 👓

✝️ Easter is one of the principal holidays, or feasts, of Christianity. It marks the Resurrection of Jesus three days after his death by crucifixion. For many Christian churches, Easter is the joyful end to the Lenten season of fasting and penitence. 👓
.
.
.
.
💡On Good Friday, Jesus Christ was executed by crucifixion. His body was taken down from the cross, and buried in a cave. The tomb was guarded and an enormous stone was put over the entrance, so that no-one could steal the body.
.
.
.
.
🔌

🐰 HAPPY EASTER 🐣 👓
.
.
.
💡Easter, also called Pascha or Resurrection Sunday, is a Christian festival and cultural holiday commemorating the resurrection of Jesus from the dead, described in the New Testament as having occurred on the third day of his burial following his crucifixion by the Romans at Calvary c. 30 AD.
.
.
.
.
🔌

Be the first to know and let us send you an email when AYME Magazine posts news and promotions. Your email address will not be used for any other purpose, and you can unsubscribe at any time.

Send a message to AYME Magazine: 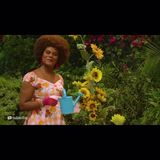 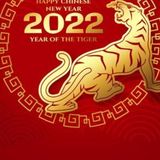 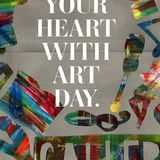 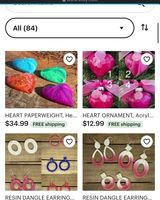 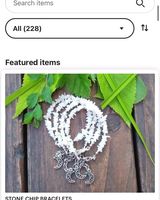 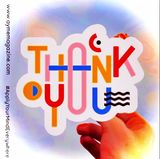 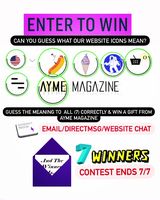 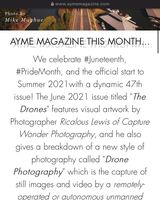