Nyonmonbodo-TV is an African media – produced by and for Africans. Our posts are in English and our names mean People Are Nation Television.

2,500 Zambian Villagers to be Compensated by British Mining Company | Africanews

2,500 Zambian Villagers to be Compensated by British Mining Company | Africanews

Almost 3,000 villagers in Zambia will be financially compensated by a British mining giant for causing significant water pollution in the region.

"Don't play with water. Don't play with the taps so that it doesn't spoil but don't enter the room without washing...". The new rules are explained to pupils on arrival. Teachers admit that in these first days, there is a share of time spent explaining the new routines.

In Life Be a Fighter and a Winner

I was born and raised in Buchanan City, Grand Bassa County. My dream as an immigrant in the United States was to help educate as many less fortunate young men and women in my birthplace.

It has taken me three years being slapped, knocked down to the ground, and dragged into the mud but today I am beginning to feel that I am a winner. I can see many leaders going through this school and giving back to their community.

After the many fights today I am feeling close to the end of the road. Thank you for the challenge.

What has been the achievement of the Opposition Political Parties in Liberia?

We are following President George Weah of Liberia's gradual development on the road network and his recent lighting of the capital city. When he continues on this path and removes the haters from his government, he might win a second term in office.

The opposition political parties in Liberia are alleged branches of corrupt individuals seeking state power to enrich themselves. It is going to be like an old wine being pulled into a new glass. Despite the challenges of the CDC government, the opposition is no different.

Top 10 Phrases to Use When Driving in English

Top 10 Phrases to Use When Driving in English

There are questions in life you can never answer. There are some things you can not change. Please know your limit and let it be.

We can not stop somethings and we have to let them be in life. Remember there are some things you can not be responsible for. In life expect the best and prepare for the worse. Let God be God!

Creative Ways to Say Thank You in English

Creative Ways to Say Thank You in English

Rep. Marjorie Taylor Greene to speak after House removes her from committees

Rep. Marjorie Taylor Greene to speak after House removes her from committees

Inside A Paint Manufacturing Factory In Nigeria!

Inside A Paint Manufacturing Factory In Nigeria!

The Image of Africa has been distorted around the globe and we are changing the narratives via Youtube videos One Country At Time.Until the history of Africa...

Uganda’s Lukodi Locals React to the Conviction of Dominic Ongwen

The Long-Awaited Ruling is In
On Thursday, The International Criminal Court (ICC) in The Hague, Netherlands, has found former Ugandan warlord Dominic Ongwen guilty of 61 out of 70 counts of war crimes and crimes against humanity - including murder, r**e, torture, sexual slavery and using child soldiers.
https://www.africanews.com/2021/02/04/uganda-s-lukodi-locals-react-to-the-conviction-of-dominic-ongwen/

DRC: Pro-Kabila Senators Condemn President Tshisekedi’s “Dictatorship”
A group of pro-Joseph Kabila senators in the Democratic Republic of Congo on Thursday denounced a perceived "dictatorial shift" in the country.
https://www.africanews.com/2021/02/04/drc-pro-kabila-senators-condemn-president-tshisekedi-s-dictatorship/

A group of pro-Joseph Kabila senators in the Democratic Republic of Congo on Thursday denounced a perceived "dictatorial shift" in the country.

COVID-19 second wave is proving to be deadlier than the first on the African continent.

Doctors Without Borders in the country said they are seeing a slight decrease in the number of tests that are carried out on a weekly basis. 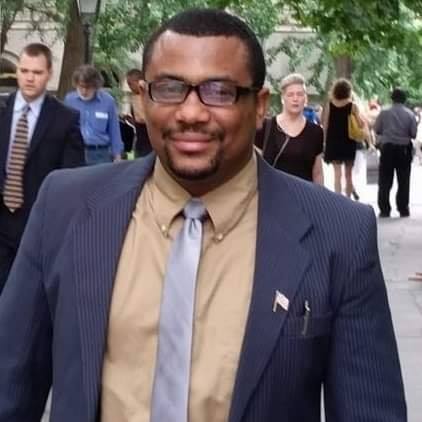 Everything will usually get worse before it gets better, but when it does get better.....remember all who put you down and all who helped you up. Let karma take care of all the rest.

How to Talk in English about Something You've been working on

DO NOT GIVE UP-A LESSON LEARNED FROM INVESTING IN GRAND BASSA COUNTY.

Let me take this moment to thank the Almighty God and my family for giving me the strength, the direction, and the wisdom to hold on to the present. Like every young man who came to America fought to be successful and wanting to give back to his home country. It has been three years of endeavors trying to provide quality education to citizens in my birthplace.

The leaders in the County are nonsupportive and set you up for failure. Some people even called me names like 419, BM, and a criminal.

Sometimes I felt like giving up and call it a quit. It has not been an easy step to invest in education in Grand Bassa County. The process has been like an elephant 🐘 passing through the head of a needle.

Due to politics and insecurity, the County is yet to provide investment opportunities. It is sad!

Over Closure of GBCC' ICT Department, President Monwell stabbed PRO Ceegar in the Back

Dr. Monwell' contradictory comment surfaced minutes after PRO Ceegar took to the Social Media platform and gave rebuttal regarding what he claimed as "Misinformation" that sprung out of the fingers of an Instructor of GBCC', Railey Guson about the closure of the College' ICT Department.

"This is in response to Mr. Railey Guson's article dated on Tuesday of last week: "GBCC ICT Department to close down because of lack of qualified instructors".
Let me say to Mr. Guson that the source of your information is false and misleading. At no time has the college concluded the closure of the ICT Department. Let us avoid insinuating and false information that has the popensative to damage the good image of the college.
While it is true that the college is challenged, it is at no time and will in no way close the ICT Department because of lack of qualified instructors.
In the event where there will be closure of any department, the President of the college, Dr. Samuel Monwell or the Dean for Academic Affairs, Mr. Fangawa will officially make the pronouncement to the public. Again this information is false and has no true in it"

At this moment, several comments of commendation greeted what could be described as a proactive and image saving response from the College Image Builder; until a bomb shell exploded under the Public Relations Officer' write up by the Community College President, Samuel Monwell.

"Closure is not with in my preview,, the board must be in the known,, this Dept needs qualified people as every effort is ongoing to recruit MA holders due to pending BSC program,,Railey and others do have a questionable docs. from the refugee camp from Ghana,,NCHE will not accept neither any transparent administration,,,docs. like what comes from the world trade center is tinted ,,pass administration did not see these papers because the school was in the embroideric stage"

Many individuals, including Rep. Matthew Fairplay Joe' Research Officer, Lawrence Chea and Ahamandu B. Zwannah expressed displeasure in Dr. Monwell for such public undermining response to the Communication Head' Rebuttal.

Mr. Chea further stated, "Mr. President, Samuel Monwell , the college's PRO did not say or infer that the closure of the ICT department lies within your purview. I thought to speak to this particularly based on your comments above which suggested that the PRO said the closure lies within your power. The PRO rather said that if there is any closure, said decision will be announced either by you as president or the vice president of the college. I think he was right when he said so.

He (Chea) added "Your comments also suggested to me that the information the college's PRO is demystifying, is actually true and there is no need for him to demystify or deny. For example, you said, " this department needs qualified people"; this infer to me that there are not qualified teachers at that department, therefore, a closure of that department would be necessary, and the reopening of said department would be contingent on the recruitment of new instructors.

You can't be the college's president and stabbing the PRO in the back. This is strange to me. Who do you expect the public to believe sir? You or the PRO? Everyone is inclined to believe you as president because you are the head of the college. Pastor Isaac Ceegar, kindly take note.

Also registering his frustration over President Monwell's action, Mr. Ahamandu B. Zwannah stressed, "Was it actually force for you as president of the college to speak on this issue, or even comment- I am confused".

All these are occuring just few weeks after Rev. Isaay J. Ceegar kicked off official duty at LIBERIA' first established Community during the Administration of President Ellen Johnson Sirleaf.

Since the ascendency of the Clergyman, Monwell as President, GBCC has faced several unresolved and controversial issues; including the indefinite suspension of two Instructors; (Austin Russ of the Liberal Arts Department and Paygar Williams of the TVET) on account of raising concerns about the College Administration' deliberate refusal to pay over 27 months of Instructors' Social Security taxes and the issue of salaries flutteration.

As it stands, the Administration is yet to commence investigation on the two Instructors since their indefinite suspension on October 31, 2019, despite Labor Authorities and the County Attorney' Intervention; the College employees are still out serving such punishment.

It can also be recalled, Dr. Monwell removed the Institution' Comptroller Peter Glay and Dean of Students' Affairs Matthew Davis off their posts and immediately transferred them to the Business Department as Classroom Instructors; a situation that sparked out intense Misfeeling and Debates for months.

In the face of these happenings, sensitive report revealed that some Instructors and former immediate Staffs are proceeding with Legal stance against the College for some alleged "illegal Actions" perpetrated against them by the Administration; a report Bassa TV is following for details.

Meanwhile, the conflicting Accounts from the Grand Bassa Community College President, Monwell and his Newly appointed PRO raised alarming reasons to deepen the investigation; underscoring the impact of such decision on IT students and the College, if it becomes reality. 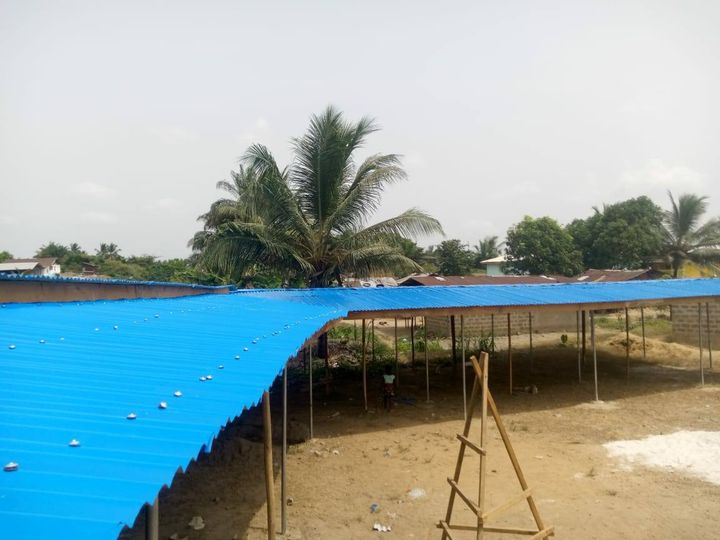 Let us used this media and answer some of the text messages and emails sent to us over the past weeks. The Vision School System located in number #3 District, Grand Bassa County will not provide free education.

Also, the Institute will not hire only Bassaions but all Liberians and other Nationalities who are qualified and competent.

Moreover, the institution will continue providing services to Liberians at a minimum cost. Thank you.

Today, we want to recognize Mr. Joseph Dawala Hutchinson who has advised us on the technological innovation of Nyon-mon-bodo Online Television.

Mr. Hutchinson is presently working alongside other Bassaions in establishing an Air Broadcasting Television project that will be based in Grand Bassa County.

NEWS POINT Disclaimer: We own no copyrights to these songs and videos stream during our broadcast

Please meet Mr. Hans M. Barchue who is a member 54th Liberian Legislature in the House of Representatives since January 16, 2012. He is presently representing the people from District # 1, Grand Bassa County.

Since his ascendency as Representative and Deputy Speaker, he has no initiatives and pledges the following:

On April 9, 2015, Rep. Hans Barchue introduced one single Bill title "An Act establishing the prohibition of payroll padding. Subject: This Act, when passed into law will constitute measures that prevent payroll padding and allow the government to save millions being spent on 'Ghost names'."

Be the first to know and let us send you an email when Nyonmonbodo-TV posts news and promotions. Your email address will not be used for any other purpose, and you can unsubscribe at any time.

Send a message to Nyonmonbodo-TV:

Other Media/News Companies in Buchanan

Other Media/News Companies in Buchanan (show all)