Echo Tv Liberia is a news and public information blog. Get the latest news, features, commentaries,

David Beckham and I. 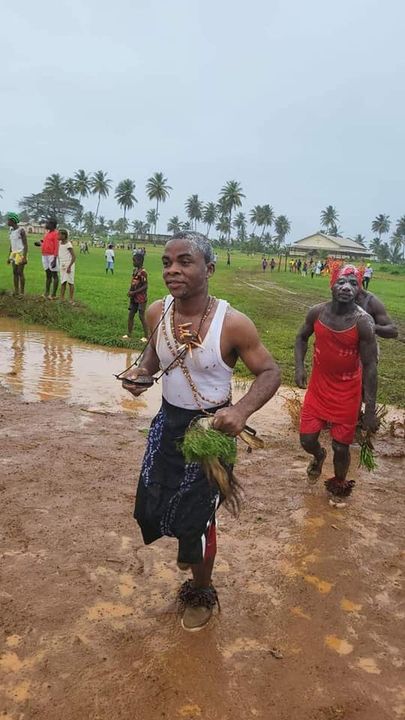 Following his Priestly Ordination on Saturday, Reverend Father Mckelvin Nargbe Targbe on Sunday joined his people in a traditional war dance held in his honor in Grandcess, Grand Kru County.

Family of September, DAY 7 is for the big Papa himself Hon. Jenkins Dah-Nunmah Pelenah... Happy birthday and best wishes sir. Thanks for your Guidance always....

A friend for many years, Jefferson T. Koijee enjoys the privilege of marking his birth anniversary today and for this, we are giving him a revolutionary salute... Best wishes on your day bro 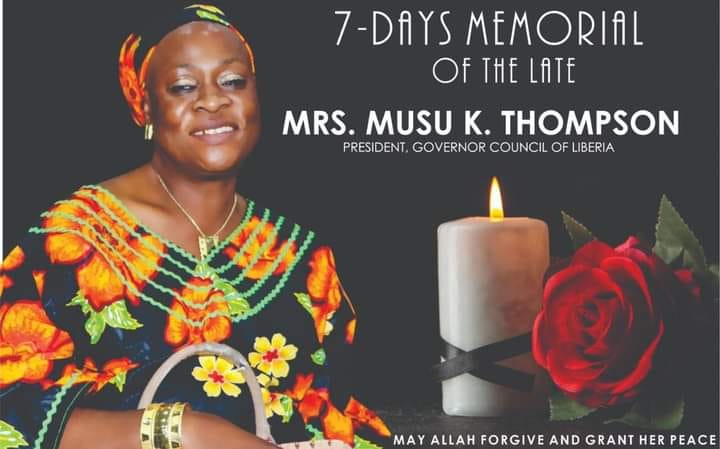 Today we remember you and celebrate your life.... Rest in power Council....... 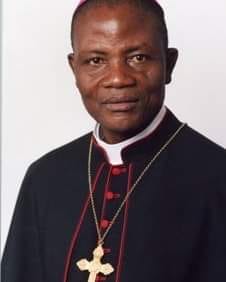 ANNOUNCEMENT OF FUNERAL CELEBRATIONS FOR THE HOMEGOING OF THE LATE ARCHBISHOP EMERITUS, LEWIS JEROME ZEIGLER

The Archdiocese of Monrovia announces that the Funeral celebrations for the late Archbishop Emeritus Lewis Jerome ZEIGLER will be held on FRIDAY, AUGUST 26, 2022 at the Sacred Heart Cathedral, Monrovia beginning at 10:00am.

The REMOVAL of the body from the Samuel Stryker Funeral Parlor takes place on THURSDAY, AUGUST 25, 2022 beginning from 10:00am and taken to the Sacred Heart Cathedral, Monrovia, where it will be laid to allow the faithful and the general public pay their respect until the celebration of the Office of the Dead at 6:00pm. It is at this time that all tributes will paid except for specific tributes reserved for the Funeral Mass on Friday.

A Book of Condolence will be opened in front of the Cathedral, beginning Wednesday at 12:00 noon.

May His soul and the souls of all the faithful departed rest in peace.

Today we celebrate one of Liberia's finest Journalists, Zoquay Beysolow Konneh. Our generation is proud of you mama.. Best wishes on your special day Ma Kemah Zoquay.....

Police authorities have placed under investigation, all officers who were on the scene of the July 26 street violence in Monrovia.

The investigation is based on an order from Inspector General, Patrick Sudue.

The LNP said its leadership takes into serious consideration, a video footage being circulated in which one of its officers was seeing smiling during an ongoing riot.

Meanwhile the Police have assured that all officers concerned will be duly investigated and appropriate actions taken in accordance to the new Police Act of 2015.

The LNP then reaffirmed its administration’s commitment to ensuring that Justice is served following Tuesday’s incident. 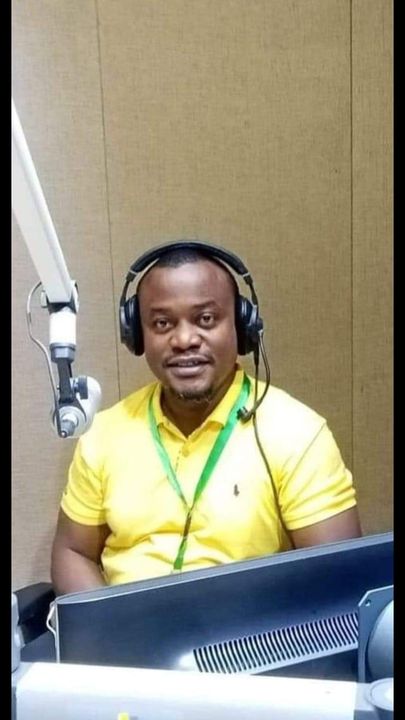 Today our page is dedicated to birthday anniversary of these fantastic two.... Aunty and nice.. Beatrice Pelenah and lovely niece Wortejeah... May God continue to bless you both.... Enjoy your day

Today we dedicate our page to Miss Aqualla Mombo Pelenah as she celebrates her birthday... Enjoy your day mama

A conjoined twin given birth to at the weekend in Voinjama, Lofa County has passed.

The pair passed away overnight at the Telewonyan Hospital in Voinjama.

President George Weah had earlier asked the minister of health to bring the twin to Monrovia to examine as to what needs to be done.

The Liberian Leader was determined to ensure that government shoulders full responsibility in catering to the any medical needs of the conjoined twin.

Babies born joined together is a rare medical phenomenon and has therefore become of particular interest to the International medical community.

The Golden Image Award is a national Liberia meritorious Award that has been in existence for over 13 years since implemented in 2010-2011.

The Golden Image Award is back after taking a hiatus due to the outbreak of the COVID-19 in Liberia.

This year's award will combine the 2021 and 2022 events and will be symbolic as the “Bicentennial Edition of the Golden Image Award”.

Watch out as we recreate a new chapter of the Golden Image Award this July 21, 2022. 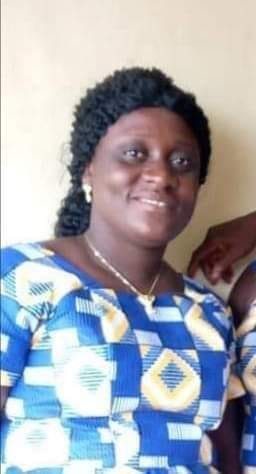 Today, we celebrate our scholar's birthday and we are pausing for a moment to cheer her up. Mary-Assunta Pelenah, you are a gem of a daughter... Enjoy your day Nah Bonyenoh..... 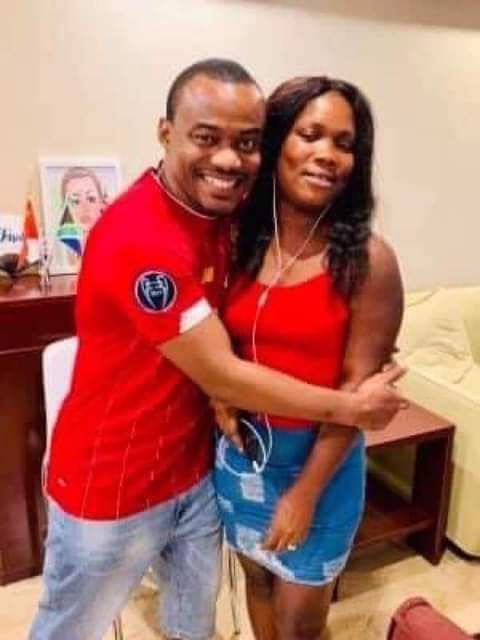 Wifey, Mrs. Ophenta Pelenah celebrates today and we are here to make her day memorable... Happy birthday to you Mrs Pelenah...

Happy wedding anniversary to my senior brother Kerian Pelenah and his darling wife.....

Today we celebrate big Sister Jeleh Pelenah Gbodi on her birthday and we cheering her up in a very special day. Best wishes mama... 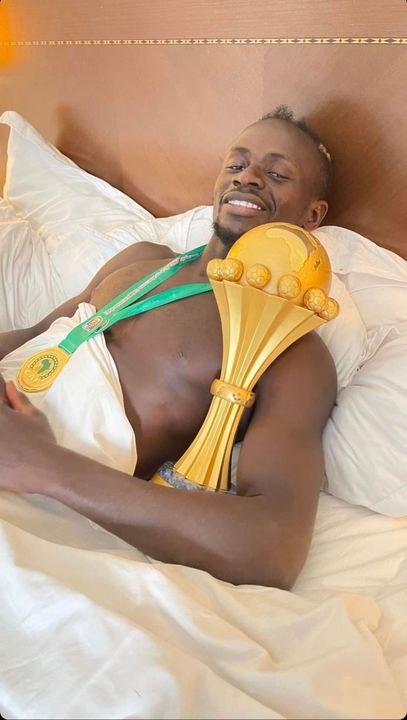 Liverpool Striker Sadio Mane shares how his Hotel room has turned Gold....AFCON in the bag already.. now thinking of winning bigly with Liverpool...

This is to announce the passing of Mr. Emmanuel T. Cee Sr.

This sad event occurred on December 28 at the Redemption Hospital in New kru town.

The late Emmanuel Cee Sr. was a dedicated, loyal and faithful Member and staff of Liberia Crusaders for Peace for 24 years.

The removal is Friday January 21 at the St Moses funeral home at 4pm and taken to the JE Marshall Church in Barnerville for few hours from 6pm to 9pm.

A night of wake keeping will follow at at his Mother, Cllr. Esther Cee's residence in Barnersville Kebah beginning at 10pm.

Thereafter, the funeral service will be held at the JE Marshall United Methodist Church in Barnerville beginning at 10AM.

Mary Broh and supporters rally near the Capitol Building after she was summoned by the HOR.. Supporters are chanting "they sent for Mary Broh, what did she do? She is cleaning our city"...

Madam crowned it up with Traditional Saygbe attire....

The Ministry of Finance and Development Planning on behalf of President George M. Weah and the Executive Branch of Government, on Thursday November 18, submitted the draft national budget which will run from Jan 1 to December 31, 2022, to the National Legislature.

Hon. Tweah said there is significant increment in every sector to address existing challenges.

According to him, the FY2022 national budget is the biggest budget in post-war Liberia.

“Honorable Speaker, the budget is an instrument of national development and transformation that is critical for the life of our people’’ he said.

The Liberian fiscal chief explained that across the eleven sectors of the budget, growth is at the highest peak, stating that for the Health sector, there is 11.3 percent increment in allocation, while education sector has a draft increment of 12.3 percent.

These increments, he noted, are going to help solve educational and health challenges, while also helping to protect women and mothers from childbirth complications, issues of drugs and other administrative issues across hospitals, teachers and primary spending in education.

He stated that social services which is basically about development interventions, will see a “massive” climb of 174.7 percent, equivalent to 26.3 million dollars.

Energy and environment have 76.1 percent increments, while Agriculture is 60.5 percent; industrial and commerce sectors is 62.6 percent, with security and the rule of law at 9.1 percent.

For the military and the national police, huge increments are made. “We address lots of problems in the police and Armed Forces of Liberia recruitments and these are issues of uniform and logistics; which are important to addressing crime issues”, he indicated.

Minister Tweah pointed out that the 2022 budget is going to speak to the development needs of Liberians. “We need to do more; we need to continue working to raise revenue from millions to billions of dollars to develop the country”, he said.

“Mr. Speaker, the development needs are many, but this is one of the best budgets that we can look to execute, and we will work very hard that entities will receive their money on time”.

For his part, Speaker Chambers thanked President Weah and his entire cabinet for the level of efforts and responsibility exerted.

“We are thankful for this submission. This instrument will determine brightness of the future, and we also want to thank the President, Dr. George M. Weah for his honorable responsibility and efforts been put in and the task assigned to him by the constitution to the effects that we have our eyes to see greater fruit.

When the budget is translated, it will serve our people. we want to say, we will coordinate our efforts to ensure that the best interest of Liberia people been address. We want Pro-poor speak by lifting the people out of poverty and we know that this will be durable and those challenges will be solved. Base on article 34B, we will do what is assign to us” Speaker Chambers added.

Today we celebrate very humble personality, Ms. Frances Juty of MPW... We at Eco TV Liberia 🇱🇷 wish u all the best.. Cheers!!!!

Different Managers On The Touchline 😅🤣

Different Managers On The Touchline 😅🤣

Wish you all the best Mr. President

More of the same today Reds!

Today we celebrate a sister and a family-driven person, Felecia Nyependi Pelenah on her birthday... Enjoy your day sister....

Oilers Complain of being held hostage in Lome....

LPRC Oilers team has arrived at the Gnassingbe Eyadema International Airport in Lome, Togo for the past one (1) hour and not a single representative from the Togolese football Association is here to receive the team. The team is being held under hostage at the Airport.

LPRC Oilers Team on their way to Robert International Airport (RIA) for departure to Togo.
The Oil boys are in high gear.

Today we celebrate the birthday of the Irreplaceable Sio, Joseph Snosio Pelenah... Enjoy all the best on your special day... bro...

Be the first to know and let us send you an email when Echo TV - Liberia posts news and promotions. Your email address will not be used for any other purpose, and you can unsubscribe at any time. 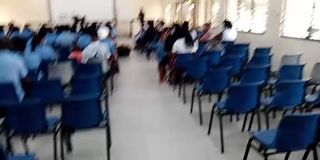 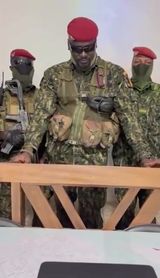 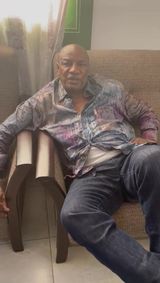 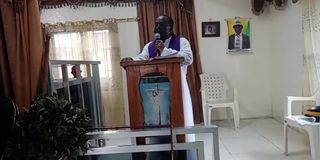