Don't miss it guys, watch the remainder of the FIFA World Cup Matches There For Free.

Liberian striker Kpah Sherman won the Malaysian Cup Topscorer with Brazilian Striker Bergson after the both players jointly share the awards on 7 goals each.

He also announced his departure from the club.

Come along with friends and family 🎑

JOIN WINNERS INCORPORATED at Destiny Entertainment and watch the World Cup everyday till the grand finale.

Top Liberian Artist PCK & JB to perform Live and interact with you as well as other influencers/ Bloggers.

BET 100LD or Above on Winners Sports Ticket to Enter The Daily Raffle.
There will be Raffles Draw and Giveaway Daily.

Come from the beginning of Sunday
November 20th till December 18, 2022.

It will be a first come- first serve basis.

Van Dweh plays the full 90 minutes of the match.

Top Liberian Artist PCK & JB to perform Live and interact with you as well as other influencers/ Bloggers.

BET 100LD or Above on Winners Sports Ticket to Enter The Daily Raffle.
There will be Raffles Draw and Giveaway Daily.

Come from the beginning of Sunday
November 20th till December 18, 2022.

It will be a first come- first serve basis.

Nimely 89 minutes goal took his side to extra-time but they were eliminated from the competition.

The Liberian striker was also given a yellow card in the match for a clumsy challenge.

Freeport FC held at home against Jubilee 2-2 draw on Friday at TUSA Field.
Emmanuel Nimley with a second half brace to earn Freeport FC a point.

The Liberian international Augustine Otu has penned a season-long deal with Mostaqbal SC an Egyptian Second-tier club from Sudanese side Al Merickkh. Al Hassan Toure finished as the top scorer of the tournament.

George Weah with his Ballon d'Or in 1995. He also won the FIFA World Player of the Year and African Footballer of the Year.

Houri 🗣️ I’m really impressed by your performance today and for what I see today you deserve a better opportunity.

The Liberian striker who recently signed for SSC Arezzo opens the scoring in the 20 minutes of the match.

Liberia will play Niger and Egypt this September. The two friendlies will be played at the Cairo international stadium in Egypt on 25th and 27th September.

Thomas Kojo will lead the team against Egypt and Niger.

LISCR FC thrashed newly promoted side Muscat 5-1 in the Orange First Division League.
Chris Jackson with a hat trick, a goal each from Aflah Allison and Ishmael Dumbuya seal a win against Muscat FC at the SKD Mini Pitch.

Peter Wilson is interestingly silencing his critics after his contract was terminated by North African side Raja Casablanca of Morocco.

Abu Razard Kamara is one match away from winning the Malaysia Premier League Golden Boot.

The Liberian has played nine(9) matches scoring 11 and assisting six times this season.

Watanga title defense begins with a 4-2 victory over newly promoted side Jubilee FC with Farsedu Logan and Shiekh Sesay both scoring a brace.

Vafing Jabateh score his first goal for BSV Kickers Emden against Bremer SV in a 3-0 win at home.

The Liberian striker joins the Kickers from Bremer SV on a two deal.

Sherman has played 13 games for Terengganu FC scoring 6 goals in all competitions so far.

Be the first to know and let us send you an email when Esasports posts news and promotions. Your email address will not be used for any other purpose, and you can unsubscribe at any time.

Send a message to Esasports:

Kpah Sherman score his second Malaysia Super League but gets a straight Red after just 35 mins of play.

kpah sherman score as Terengganu FC wins but Sherman was sent off in the 35mins of the match.

Viewing the Samuel K Doe Sports Complex. If you take a close look at the playing pitch from the right angle, you are going to see the red mud within the green playing pitch. Actually the pitch hasn't been encouraging at all, from gate 11 side all the way to the corner flag. 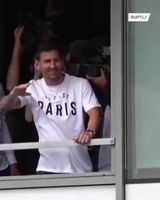