Angela and Dave Thompson have been serving thousands of customers in Alpharetta with the goal of being a true community coffee shop. Now they're expanding that mission to Forsyth County.

Welcome to the Appen Press Club, Ann! With your support, we are able to fund the work of local journalists and create a sustainable future for journalism in the metro Atlanta community. Thank you! #AppenPressClub #Journalism

One more from last night. Our big girl. ❤️

All they do is win! Georgia Peaches run the table and defeat the Smyrna Slammers Prospects 10U in the Championship. They’ve now rattled off 6 straight wins and finish the season primed for a great 2023 and a deep run at nationals this summer. ⚾️💪

Chuck and Lynn Pugh's farm in Forsyth County has nurtured aspiring growers for almost 20 years. A county plan to run 3,000 feet of sewer through the property for a

Welcome to the Appen Press Club, Alpharetta Lions Club! With your support, we are able to fund the work of local journalists and create a sustainable future for journalism in the metro Atlanta community. Thank you! #AppenPressClub #Journalism

Newtown Park houses the country’s second largest privately funded veterans memorial. More than 100 people gathered there this weekend to honor those who have served in the U.S. military.

Republicans needed to pick up just *1* seat and they went with Dr. Oz, Blake Masters, Herschel Walker, and Don Bolduc.

You lie in the bed you make.

Democrats will keep their narrow Senate majority for the next two years, CNN projects, after victories in close contests in Nevada and Arizona.

More than 300 award-winners walked down the red carpet to claim “Best of North Atlanta,” chosen by the public and recognized by Appen Media.

Some Sandy Springs residents shared fears that someone may be injured or killed if the city does not take action on bow hunting in the city.

My newsletter this week.

And that’s a wrap! Team Gray Wolves finish off the season with an 8-2 victory. Leo scored 6 and Moonie got a medal for being the team’s number one fan.

Joey Jobs at it again.

Today is the LAST day to early vote in Fulton County! Polling places will close at 7 pm today. Here is the current line at Milton Library. For other early voting locations, click here: tinyurl.com/5n8ja9et

Today is the LAST day to early vote in Fulton County! Polling places will close at 7 pm today. Here is the current line at Milton Library. For other early voting locations, click here: tinyurl.com/5n8ja9et

Welcome to the Appen Press Club, Tom! With your support, we are able to fund the work of local journalists and create a sustainable future for journalism in the metro Atlanta community. Thank you! #AppenPressClub #Journalism

No Longer Bound Thrift to open in Johns Creek

No Longer Bound Thrift to open in Johns Creek

Johns Creek will see a new No Longer Bound Thrift store in January. All proceeds from the store will go directly to providing addiction recovery services to men in need

Milton questions on the ballot this year

Milton questions on the ballot this year

There will be three City of Milton-specific questions on the November 2022 ballot for registered Milton voters. All relate to which categories of residents are eligible for senior homestead exemptions

Sandy Springs held a ribbon cutting for its busiest and newly rebuilt fire station Oct. 20, which features state-of-the-art equipment for firefighters to remove toxins after returning from fighting a

Miss this man. We didn’t deserve him.

At an Oct. 24 city council meeting, Dunwoody officials considered a new policy requiring staff to only use city email addresses and phones to communicate, a standard practice in many

Welcome to the Appen Press Club, Faye! With your support, we are able to fund the work of local journalists and create a sustainable future for journalism in the metro Atlanta community. Thank you! #AppenPressClub #Journalism

High-profile attorney Gloria Allred is holding a press conference with the accuser.

The SoFoSports Group is moving ahead with plans for a $143 million sportspark in South Forsyth.

After months of debate over manufacturing limitations, the Milton City Council voted Oct. 17 to a set of caps on the amount of alcohol local microbreweries, microdistilleries and brewpubs can

Shakerag Park was buzzing with almost 12,000 people for the festival of lights this weekend. Johns Creek says it was the first time in Georgia's history for a city-sponsored Diwali

Narrator: “They have no plan.”

“It’s only when relief is going to working and middle-class Americans that these elected officials have a problem.”

Amid some Republicans trying every which way to block the Biden administration’s debt relief program, the department is moving full speed ahead.

Opinion: Crier in my driveway was a welcome surprise

Opinion: Crier in my driveway was a welcome surprise

"Thank you for resurrecting the news, local and investigative journalism that matters," writes one Sandy Springs resident in a Letter to the Editor.

Welcome to the Appen Press Club, Lisa! With your support, we are able to fund the work of local journalists and create a sustainable future for journalism in the metro Atlanta community. Thank you! #AppenPressClub #Journalism

Welcome to the Appen Press Club, Mark! With your support, we are able to fund the work of local journalists and create a sustainable future for journalism in the metro Atlanta community. Thank you! #AppenPressClub #Journalism

Her departure, after six weeks in office, came as virtually all of her signature tax cuts were being reversed, a stark repudiation of her leadership.

For months, city officials have been at odds with Fulton County over how to divvy up $3 billion in sales tax. Now Atlanta Mayor Andre Dickens is throwing his weight

'A neighborhood, not a mall'; Developer unveils new plans for North Point

'A neighborhood, not a mall'; Developer unveils new plans for North Point

The newly rebranded “North Point” development, if approved, would include 315,000 feet of new retail and restaurant space, a hotel and hundreds of rentals and for-sale housing options on the

Welcome to the Appen Press Club, Clea! With your support, we are able to fund the work of local journalists and create a sustainable future for journalism in the metro Atlanta community. Thank you! #AppenPressClub #Journalism

Be the first to know and let us send you an email when Hans Appen posts news and promotions. Your email address will not be used for any other purpose, and you can unsubscribe at any time.

Send a message to Hans Appen:

Miss this man. We didn’t deserve him.

Narrator: “They have no plan.”

I mean if that’s not racism I don’t know what is.

People were dying so fast that we had to convert refrigerated trailers into mobile morgues…so yeah, I’d say we are better off.

This is awful, even for Fox News.

Jessica Tarlov doing the Lord’s work over on Fox News.

“President Trump, on behalf of all the MAGA patriots in America, I want to thank you for the historic victory for white life in the Supreme Court yesterday.”

Here is Kevin McCarthy yelling about the number of doors in Brett Kavanaugh’s house.

“If you are a Republican, you can’t even lie to Congress or lie to an FBI agent, or they’re coming after you.” - Rep. Louie Gohmert

“While a gunman was inside adjoining classrooms slaughtering children at a Texas elementary school, a group of 19 armed law enforcement officers stood in a hallway outside and took no action as they waited for room keys and tactical equipment, a state official said Friday.”

19 dead children is the low bar, according to Greg Abbott.

Mass shooting are not inevitable. 14 children didn’t have to die today. But we are doing nothing. Preventing or allowing mass shootings is a choice. 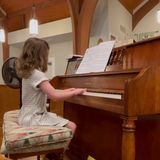 Have a wonderful weekend friends.

Tucker made his choice. And he chose the side killing children in the street. Never forget.

“You don’t care about the institutions that it’s ancestors built.” Might as well have just worn a hood tonight, Tucker.

Time to go to bed.

Lol what a moment.

And there it is. 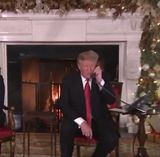 Happy 3rd anniversary to this gem. 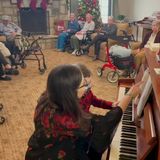 Posts and comments do not necessarily represent those of Appen Media Group’s.

Other Publishers in Alpharetta

I notice you’ve said nothing about the incredibly racist comments made by Biden....
I know you have other more important things going on right now… But I heard Trump signed the S.47… Any comments?
If you are suing and getting Councilman money which should be against the law and ethics. How about helping people in your own town suing the Owner of Alpha Soda that let go people with out their pay and closed that restaurant. It was Alpharetta White collar crime but that is Ok with you!!!
Hans, what do you know about veracity of this?
Hans, are you keeping up with the controversy between Mary Hall Freedom House and the City of Sandy Springs? If so, I really want to understand both sides of the issue. Could you share some info or PM me? Thanks.
About our conversation earlier.
I am giddy to hear what you think about this!!
https://youtu.be/Pe14DtF7veU
Salmon P. Chase, Lincoln's appointed Supreme Court Chief Justice, said it himself: "If we convict him (Jefferson Davis) of treason, we condemn the North. For by the Constitution, what the South did was not treasonous." Facts, people. Those are the facts. #TheSouthWasRight
Posts and comments do not necessarily represent those of Appen Media Group’s. Lol
You are fighting the good fight. I am proud of the work you are doing (online and irl, as I hear of it) and the ways you handle all kinds of comments and feedback. Keep it up! 🙌🏼💜👍
i will tell you that I volunteer with Women from all countries to learn English for their families. Alpharetta City - removed a large portion of Mexicans that was living next to Victoria Sq Homes Did you collect money and write about it in the paper for them? Hans Appen This is the first time I believe you have gone over the top. Well we all have opinions but my comes from living in other countries and knowing their immigration laws. They are tough by money and health!
x

Other Publishers in Alpharetta (show all)