From the Creators of I CAN ONLY IMAGINE comes an inspiring love story for all ages. Rediscover the wonder of love in I STILL BELIEVE, the real life story of chart topping Christian Music Artist, Jeremy Camp. Movieguide®'s Backstage Pass takes a behind the scenes look.

First video job of the year! Thanks to Renee L. Green for picking TalentkeyMedia to continue her projects.

Helping out with audio support for the Broadneck 7th Annual Habitat for Humanity silent auction and dinner.

Had a great vantage point for covering the Parade of Lights in Deale, MD this past Wednesday. Be watching for an edited promo soon! Thanks to Skipper's Pier for hosting our cameras.

What Does Calvary Church Mean to You? - CALVARY UMC - ANNAPOLIS, MD

Some filming and a little drone work to help a local church get the word out with this promo edited by Kenneth Davis, line producer Doug Wirth and Wirth Pictures
https://www.youtube.com/watch?v=Jrrl6-RtuYs

Ruth & Anthony got hitched on 09/29/18 at The Dominion Club in Glen Allen, Virginia. It was a beautiful setting for a wonderful wedding! Their montage has a ...

Doing some intros with Cheryl Crisp Rabbitt and Doug Wirth! This year's Strawberry Festival was perfect. Hopefully I will be off from work to film next year's!

In case you missed the event, here is a video montage of the Cape St. Claire Strawberry Festival for 2017 with a few words from Cape St. Claire Improvement Association president Beau Breeden. https://youtu.be/v2-giDSdAF8

The 750 ft. Tower of the Americas in San Antonio, Texas. 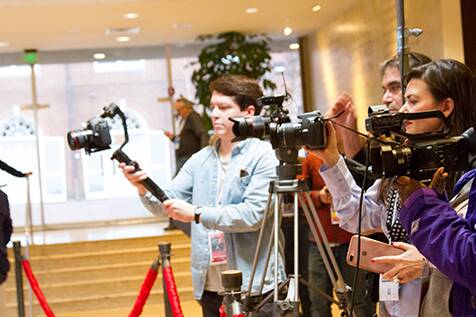 Volunteering again this year to cover the Annapolis Film Festival ... Great movies and chats with filmmakers. Check it out!

Movieguide®'s Coverage of Museum of the Bible is COMING SOON! Stay Tuned!

Next in a series of promotional videos produced for Fichtner Services filmed locally in historic Annapolis. This series showcases the many home improvement offerings featuring owner Thomas Fichtner and his team of master craftsmen.

Local business selects Talentkey Media to produce short promotional videos! Fichtner Services of Annapolis is showcasing their wide range of home improvement services through a series of promotional videos filmed and edited by yours truly.

What's wrong with this picture? A little fun on the set of a documentary shoot with Doug Wirth

Almost 90 minutes of recording the 2017 eclipse condensed down to 90 seconds. We were only able to record through mid-eclipse due to rain moving in. From our location,…

Dress rehearsal for the real thing on 8/21. Testing camera, lens and most importantly ... solar filter.

Another cinematic wedding montage right out of the edit bay ... check it out: https://youtu.be/DHQLK8fPSpU

On June 17, 2017; Julie + Evan got married in Baltimore at the Frederick Douglass-Isaac Myers Maritime museum. A wharf on the beautiful Patapsco River made t... 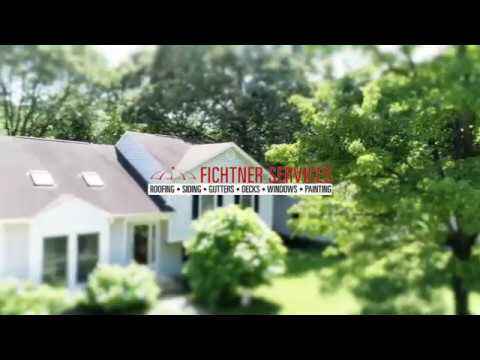 Quick video for Fichtner Services ... they did a great job on the ol' homestead roof. https://youtu.be/gk-dEjVu59A

Fichtner Services did a great job (roof patch) at my house so I thought I'd throw a quick promo together for them. Thanks for watching!

Another successful "Touch-A-Truck" event to benefit the Cape St. Claire Volunteer Fire Company. Here is a short promo with scenes from the this year's instal...

Be the first to know and let us send you an email when TalentkeyMedia posts news and promotions. Your email address will not be used for any other purpose, and you can unsubscribe at any time.

Send a message to TalentkeyMedia:

Next in a series of promotional videos produced for Fichtner Services filmed locally in historic Annapolis. This series showcases the many home improvement offerings featuring owner Thomas Fichtner and his team of master craftsmen.

Local business selects Talentkey Media to produce short promotional videos! Fichtner Services of Annapolis is showcasing their wide range of home improvement services through a series of promotional videos filmed and edited by yours truly.

Dress rehearsal for the real thing on 8/21. Testing camera, lens and most importantly ... solar filter.

Going on 6 years with Discovery Communications as a Broadcast Systems Engineer, this is a tour of where I work ...

Get To Know - Pearl Matibe

Our latest production is a promotional video for an award winning motivational speaker. We are proud to have this video featured on Pearl Matibe's website among others. As you can see, we continue to broaden our horizons by using Adobe AE, Sony Vegas Pro 13 and Sony cameras/lenses. Let us know if we can help to visually promote your business!

Filmed a Hindu wedding ceremony at the Newton White Mansion in Mitchelville, MD. this past Saturday. It was an amazing affair to say the least. Here is just a glimpse of the bride & groom leaving after the ceremony. Stay tuned for more ...

Happiness ... my daughter just got engaged to be married! Here is a short "movie trailer" of how it all happened. Stay tuned for more! Love and best wishes to my daughter and her fiancé, Stu!

Learning how to use our newest production tool. The DJI Phantom 2 Vision+ is totally awesome! I am definitely looking forward to increasing the production value of future videos!

A short video about some experiences from volunteering at the Annapolis Film Festival 2015.

One segment of the DVD being produced for Ahmad & Nancy with friends and family giving cameo appearances. Filmed in Stevensville, MD.

Wedding day montage for Lindsey & James filmed with the Canon T3i and Sony NEX VG-20 and edited with Sony Vegas Pro 10. Best wishes to the newlyweds!!

With seemingly endless school closings, boredom setting in and a ton of snow on the ground, Molly decides to build a snowman (with a little help from Wilson)! Talentkey Media happens to be in the neighborhood and documents the occasion. Enjoy!

Other Media/News Companies in Annapolis

Other Media/News Companies in Annapolis (show all)