The teams will play at Tottenham Hotspur Stadium.

Looking for a Mother's Day gift? Listen to The Show with Leo & Balky from 1-3pm each day this week to get your Mom something she will love! Here are the prizes this week!

Looking to save some money AND shop local?

We have you covered! It's our Big Deals Stimulate Local Business Sale!

Take 15% off your order at checkout by using the code LOCAL15.

We were joined on Living the Outdoors with Marc Drewek tonight with ARK Flies to talk tying flies and Aiden's incredible story!

Do you think last night's Brewers win over the Pirates will propel Christian Yelich to a great season in 2022?

Very simple. Get to GameDay Sports bar in Appleton now for the Bud Light #MarchToTheChampionship with Wisconsin Distributors

Our Bud Light March to the Championship concludes at GameDay Sports Bar TONIGHT from 6pm to 10pm!!

All Bud Light March to the Championship qualifiers must be present to win and checked in by 8:00 PM.

Get on out to @dublinsirishpub for our @budlight #MarchToTheChampionship
Say hi to @Brian_Butch & @BJ_DeGroot
From 4-6pm!
Also sign up for the #Rodgers print we’re giving away tonight.

Listen for the special keyword every weekday at 9A, 2P, and 5P for your chance to win the $250 daily cash prize (Mon-Thurs) or the Free Money Friday $1,000 cash prize presented by Prospera Credit Union - Wisconsin

The champs are welcomed home!

It's time for our Bud Light March to the Championship brought to us by @Wisconsin Distributors! You can win sports prints at each stop we make!!

The Score presents: BUD LIGHT MARCH TO THE CHAMPIONSHIP It's your chance to win some amazing prizes during Mar...

It's time for our Bud Light March to the Championship brought to us by Wisconsin Distributors! You can win sports prints at each stop we make!!

The Score presents: BUD LIGHT MARCH TO THE CHAMPIONSHIP It's your chance to win some amazing prizes during Mar...

What a morning show it was at The Stone Toad Bar & Grill with B.J. and the Bear!

It's time for our Bud Light March to the Championship brought to us by Wisconsin Distributors! You can win sports prints at each stop we make!!

Czabe will be back on our airwaves starting Monday, April 11th.

The Steve Czaban Show will air weekdays from 6am-8am!

🏀🏀🏀🏀🏀 We're LIVE tomorrow morning from the Stone Toad Bar & Grill at 6 am with #BJandTheBear !!!! Join BJ DeGroot & Brian Butch as they continue their #MarchToTheChampionship with Bud Light Wisconsin Distributors Come for the show and stay for the #IrishBreakfast that Vince and Dixie will have at 8am. Then get settled in for a day of hoops, hoops, and more hoops!

Also, they have signed Preston Smith to a 5-year 53.5M dollar extension.

We'll bring the luck to you with our Big Deals St. Patrick's Day sale! Use code LUCK21 at checkout and get 21% off storewide your total!

We want to thank everybody for participating in our Slam Dunk Deliveries over the past three weeks!

Our Bud Light March to the Championship from Wisconsin Distributors is next starting on Thursday!

Nothing says Wisconsin like a Friday Night Fish Fry! And nothing tastes better with that fish fry than a delicious glass of Badger Club Amber Lager from Wisc...

Is there anything better than the Madness of March? Great call over on WHBY by BJ DeGroot & Brian Butch and good work by John Wanie on getting the video!

Congratulations to Tim and Kelly on wining our Slam Dunk Deliveries with Wisconsin Distributors!

Tim and Kelly won a case of Bud Light from Valley Liquor plus wings and pizza from Flagstone in Menasha!

Listen to B.J. and the Bear tomorrow morning for your chance to win!

Breaking NFL News: According to NFL sources, Russell Wilson is being traded to the Denver Broncos for multiple first and second round draft picks, Drew Lock, Sheby Harris, and Noah Fant.

Breaking News: According to NFL sources, Aaron Rodgers will be staying in Green Bay.

Brackets are set for the WIAA Girls Basketball Championship:

The Score's Big Deals returns with a charity auction from US Venture Open. Your bid could win you this amazing package and help end poverty in Northeast WI!

This package valued at $6500 and includes welcome reception, 4 golfers, and more! The auction is March 10th from 6am-6pm!

**UPDATE** WE WERE JUST NOTIFIED THAT THE ROADWAY IS NOW OPEN**

HY 441 SB WILL BE CLOSED AT ONEIDA STREET FOR THE NEXT SEVERAL HOURS DUE TO A CRASH INVESTIGATION. ALL SOUTHBOUND TRAFFIC WILL BE DIRECTED OFF OF 441 ONTO ONEIDA ST

Big Ten has released their penalties for the Michigan vs. Wisconsin scuffle.

Be the first to know and let us send you an email when 95.3 & 99.1 FM, 1570 AM - The Score posts news and promotions. Your email address will not be used for any other purpose, and you can unsubscribe at any time. 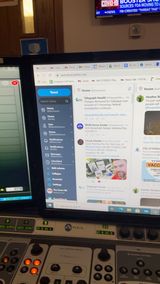 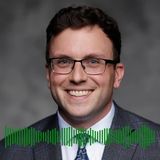 Love the Love from The Rich Eisen Show

Looks like we missed the memo to post BJ DeGroot #CardRipping video from this past Friday. Despite the tardiness, looks like some Topps 2018 Gallery is just the uplift we need....

Made it Big - Early 90's Basketball

After a shoutout on from Ross Maxwell on 105.7 WAPL on @105.7 WAPL Youtube page this morning while they're recognizing #CoronaViction @B.J. DeGroot goes after some early 90's NBA cards from Topps that are well....sticky....

Just a little #CardRip with BJ DeGroot who's joined by Joe Marroe of 95.9 KISSFM during the first week of social distancing. We kept our 6ft of distance but we need more distance away from the crap we pulled from Panini America

Not sure how it works but pulled a 1994 @Topps NBA redemption card. Wonder if it's still being honored? @BJ DeGroot Brian Butch

All sports all the time with a focus on the state of Wisconsin. The Score is an employee-owned sports station that has statewide and nationally syndicated programs, as well as local sports coverage. Opinions, call-ins and banter always keep the conversation interesting.

We welcome you to engage with us! Please review our social media policy: https://www.thescorewi.com/social-media-community-policy/

Other Radio Stations in Appleton