PC&E is Georgia's one stop source for Camera, Lighting and Grip, Stages, and Sales and Expendables.

Happy Friday as our Warehouse Team prepares on of our one tons for its next job. Reach out to our lighting and grip agents for future projects

Timmy is excited to flaunt our newest chest pouch from MillerTek! Stop by and check it out or shop online!

It's tiny ! We have small core rolls of gaff and paper tape. Stop on by or shop online!

Timmy is out here slashing prices! Most of our inventory is half off! Come on by and check it out!

Timmy is watching over the garage sale, he'll give you a deal to die for!
Come on by and check some stuff out!

Everything is coming together for the garage sale!
Stop by Stage 2 starting at 9am!

We are just a couple days away from our huge garage sale! Stop by on Friday or Saturday between 9am-4pm and check out what we have in stock!

Timmy is still a little green when it comes to snot tape. Stop by or shop online to pick some up today!

We were proud to supply stands with for this year's

Mark your calendars for the 14th and 15th for our garage sale! We will have a bunch of used lighting and grip equipment ready to go home with you!

Timmy is taking over ! He says to use Joe's on anything that you don't want to budge.

We are excited to announce that we are hosting our first ever PC&E garage sale! We are going to have a huge selection of lighting and grip equipment to sell! Save the date and spread the word!

Timmy is sporting all our tape lanyards in the backroom today. Stop by and pick one up for yourself!

Freshly painted C*c and upgraded package for Briarwood. Our smallest stage has the most to offer with its extensive package and pre-lit C*c. Inquire with our stage manager about renting this space. [email protected]

It was great to see so many friends at the AICP show last night put on by AICP SE. Kudos to Tabitha Mason Elliot and her team for a great evening. We hope everyone enjoyed the after party!

Take a look at our Eclipse LED Lekos. They're powerful Lekos with full RGBW capabilities. Inquire with our rental agents and rent this amazing light today!

We have a huge selection of used lights for sale in our expendables department. Stop by or reach out to find out more!
.
.
.

Look at our very cute Source 4 Mini Led Leko. It comes with all supplies you need to light a miniature or add that little bit of light you may need. Inquire about renting it today!

This we're throwing it back to the classics. Stop on by or shop online!
.
.
.

Inquire about renting our Skypanel S-30. With its compact size it can pack quite a punch.
.
.
.

Power up your location production with our 1000 amp generator. Capable Of handling all your power needs. Reach out to our rental agents to book it today!
.
.
.
.

Come by and meet our newest sales associate, Timmy. He'd happily show you some of the gear in store. If you can't make it in you can always shop online!
.
.
.

We just received four brand new Arri T12's to add to our current inventory. These large lights pack a beautiful tungsten punch! Reach out to our rental agents to inquire for your next project!
.
.
.
.

We are excited to announce that Briarwood lighting and grip package has been updated. With 6x LED Spacelights (pre-hung), 2x Aperture Nova P300C, and 2x Aperture 600x's, Briarwood is our most illustrious all in one package. Take a look at our website and inquire with our stage manager about renting this space.
.
.
.

Come stock up on all your camera essentials in store or online.
.
.
.
.

We're welcoming our newest light the Nova P300c. Inquire about renting it and get your hands on our newest fixture.
.
.
.
.

Brighten up your day with some of our fluorescent tapes.
.
.
.

Inquire about renting our fully equipped one tons for all your lighting and grip needs.
.
.
.
.

Don't be a hater stop on by and get the tools you need! Also available in our online store
.
.
.
.

We have tape for all your needs! Come on by and pick some up today!
Shop online at shoppce.com
.
.
.

If you’re the first person to name the character and post a picture of that character in the shirt, you’ll win a $50 PC&E gift card.

Remember that you must name the character and post a picture. Naming the actor won’t get you the gift card.

To properly introduce our new ARRI Alexa35 we turned to our good friend Nigel Rowe who crafted this cool video using our .

The Alexa 35 contains a new Super 35 format 4.6K sensor coupled with ARRI's REVEAL Color Science. Check out the video and call the Camera Department for more details and be sure to ask about how well it partners with the BoltX!

Don't get caught in the rain! Come by, stay dry, and grab some rain gear. Also available online!
.
.
.
.

We're on a roll with our
Come on by and restock your kit at our expendables shop or shop online!
.
Link in bio!
.
.

Power up your set on location with our generator trucks
.
.
.

It’s Hawaiian shirt Friday again and here’s another chance to win. This shirt was worn by a character in one of Mark Wofford’s favorite movies. If you’re the first person to name the character and post a picture of that character in the shirt, you’ll win a PC&E gift card.

To win, you must name the character and post a picture. Naming the actor won’t get you the gift card.

Be the first to know and let us send you an email when PC&E posts news and promotions. Your email address will not be used for any other purpose, and you can unsubscribe at any time.

Send a message to PC&E: 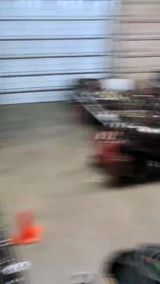 Everything is coming together for the garage sale! Stop by Stage 2 starting at 9am!

Guess What Bolt X is Drawing

Guess What Bolt X is Drawing

May the 4th be with you! 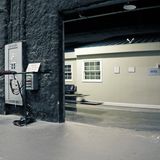 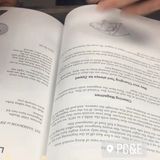 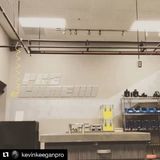 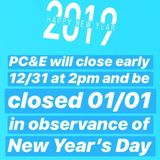 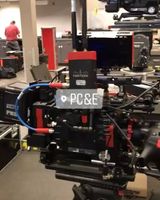 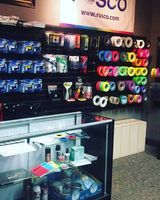 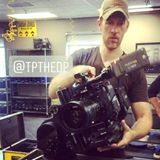 Great morning with PC&E as they led the charge to package 10,000 meals for Rise Against Hunger.
Ten years ago today the team and I filmed this music video for Close to You from my record Inclusions. The idea was ambitious: animate a whole environment on set around a stationary character in a single shot. With the guidance of director LC Crowley, the team at School of Humans, and the help of 80+ fans and volunteers we built the set at the Souls Grown Deep Foundation warehouse in Atlanta, GA. After a lot of rehearsal, we filmed a few takes with me pedaling and singing at half-speed. With the footage speed up the final video takes on a beautiful, whimsical feel for a song that is even more relevant in a pandemic.

There's some pretty special easter eggs in the video including work by some of the great artists of the south and a cameo by Lonnie Holley himself.

Before I understood my mission to create experiences that grow a greater sense of togetherness, this video holds up as a relatively early example of my gut sense of making art through collaboration. Huge thanks to Katie Benson, Matt Arnett, Lc Crowley, Phillip March Jones, Lonnie Holley, Puja Chaudhari, Viva Vadim, artist Jon Prichard, The Bic*cle Museum of America, Mark Wofford at PC&E, and all the volunteers who made this happen. Good times!

PS: I miss Bill Arnett.
On Set Hunted House
Great Colors To brighten Any Day! Which Color Is Your Favorite?

PC&E
Great conversation between PC&E Mark Wofford and The Georgia Hollywood Review to discuss new technologies being used in the film industry!

Mitch Leff Georgia Entertainment PR Alliance - GEPRA Dave Warner
Such amazing technology growing and supporting the entertainment industry in Georgia. Bravo to PC&E ... this is a gamechanger!
PC&E has announced the acquisition of the first and only high-speed, motion-controlled Bolt X cinebot east of the Rocky Mountains. The Bolt X is a portable motion control system that can be set-up and ready to shoot in under an hour. We will have more on this soon including a chance for our readers to see it in action!
Thank you to the amazing local businesses who have sponsored the 2019 Capturing the Spirit of Oakland Halloween tours! We are grateful for their support. PC&E Eventide Brewing Old 4th Distillery
Awesome party.. Thanks everyone for an awesome time! I appreciate the entire staff for putting on, I believe, the best party yet. Great to see so many amazing people and a shout out to the band for a great performance. And all who have a part in friendship, loyalty and have helped shaped a great company. Even Riley had a blast. Anywhere is only as great as the people who stand behind it and that speaks volumes to the people involved in PC&E. I just want to thank you. It’s more like family then a business. You always make me feel special.
Check out our dealer in Atlanta for all your film gear needs: PC&E
Great hands-on lunchtime 16mm workshop today with PC&E and Kodak Film Lab Atlanta
We're supporting PC&E's Joey Davis in his fight against cancer. Check out his GoFundMe page and please consider making a donation.
x

Other Film & Television Studios in Atlanta (show all)