The SUV works with sports related groups to meet their needs in the areas of live webcasts, sponsorship development, and special projects. SUVtv features live webcasts and video content from sporting events at different levels.

Jordan Walsh with a rare turnover - gets it right back #NextPlay.

Jehrmari Hill finished with 16pts to help @berkmarbasketball advance to Round 2 of the GHSA playoffs. Will be a steal for a college program.

Dellquan Warren went coast-to-coast for a crucial dunk in crunch time in the Royal Rumble win vs. Donda. Continues to have a statement season for @keystoneathleticacademy. Watch the full game replay later today.

ICYMI, check out some of the 🔥 captured at The Battle in Chicago/Donda Homecoming last weekend...

There were still about 4 minutes left in the game, but this Marquell Darnell tip dunk was huge for @keystoneathleticacademy in last night's win vs. Donda. 🔥

Isaiah Collier was just one of several 5-Stars at the Longhorn Steakhouse 5-Star Classic yesterday. No matter the stage, the young fella shows you why he's one of the best PGs in any class. 24pts, 7reb, 5ast & 3stl in the OT win vs. Newton

Dellquan Warren (2024) is a PROBLEM. Don't take our word for it - the 📽 don't lie. 28pts,12ast in yesterday's win for @keystoneathleticacademy. Having a strong season with a battle tested schedule.

Pitt commit Marlon Barnes, Jr. is one of the best shooters in his class. #NBArange. Be careful on the closeout - he'll take off too. ✈️

"You don't gotta get ready when you stay ready". Rich Rolf with 29pts, 12reb, 4ast in the Centerville win vs. SoCal Academy. 7-10 from 3PT land and the statement dunk late in the game. Made the @flyin_to_the_hoop All Tournament Team. Breakout performance but be he really just did a little more of what he does on a regular basis.

Couple seconds left? Say less. Trevon Payton with the glance at the clock right before nailing a volleyball line 3.

Congrats to @payton.trevon on his recent commitment to Limestone and his role in a 16-0 start for Shiloh. Just does whatever's needed for the win.

Couple seconds left? Say less. Trevon Payton with the glance at the clock right before nailing a volleyball line 3.

Congrats to @payton.trevon on his recent commitment to Limestone and his role in a 16-0 start for Shiloh. Just does whatever's needed for the win.

Sencire Harris was an All Tournament Team selection at @flyin_to_the_hoop. The slippery guard finished with 25pts, 8reb for @stvmirishathletics in a win vs. Fairfield.

It's one thing to drop the defender - @amirerobinson made sure he hit the shot too. #Splash.

Isaiah Collier. #Sheesh. #Wizard. It's nothing new but still...

6'7" Mike Sharavjamts is nice. The Dayton commit has shown he's one of the best players in the field at a loaded @flyin_to_the_hoop Invitational

Jordan Fordyce with a big time finish late in the game for Eagles Landing. ZERO intentions on being stopped at the rim on this one.

#FlashbackFriday to this 2019 interview with Scoot Henderson - right before his sophomore season and two years before he'd make history joining the #NBA G-League. The young fella's been on a mission for awhile...he'll return home for a the G-League ignite matchup vs. the College Park Skyhawks on Jan 21. Go to the @nextplay360 website to buy your ticket, t-shirt, and/or spot on the bus to attend #ScootsHomecoming in person

🎥 Mike Price with the 2K animation pullup. 👌. Thing of beauty.

Dug McDaniel already knew this was one was money. Hands like 🙏🏾 before it even went through. #layup

Voted Most Outstanding Player in the @iolaniclassic Championship Game

A.) Nice move by Bronny or B.) an offensive foul. It could go either way - good IQ by Kolby King to sell it, but it's looking like option A in the replay. Great games last night. Watch the replay on @peacocktv. Sierra Canyon takes on Paul Vi in the Iolani Classic Championship on NBCSN at 9pm EST/4pm HST

The action tips off tomorrow at 11am HST/4pm EST as the prestigious @iolaniclassic begins boys tournament play.

6'10" Malique Ewin = a matchup problem right from the jump.

Chloe Sterling threw it off the defenders back and got the layup for the @hawksnaismith Holiday Classic win. #clutch #winningtime

🔥The @iolaniclassic boys tournament tips off on December 18. Sierra Canyon, St. Paul VI, Pembroke Pines are just some of the tens that will compete against Hawaii's own Punahou, Iolani, Kailua, and more.

S/o to our guy @__devinmitchell for joining Mandre Allen & the rest of the coverage team on air for this past weekend's @hawksnaismith Holiday Classic. One of the best shooters to come through the GHSA on his way to Alabama and Georgia State. Range on the court and the 🎙

Micah Smith took off on this one. ✈️Keep an 👁 on the 2024 standout. Offers from Auburn, Georgia Tech, and more...

Dylan Cambridge wasn't even looking at the rim when he jumped. 👀

Teamwork made the dream work for Westlake on the final play of the game vs. Norcross. #Gametime after the buzzer-beating lay for the win by Mitchell Taylor.

🎥 Jordan Brown with the buzzer beater splash at @holiday_hoopsgiving. #MidrangeMoney

Sean Stewart beat it off the glass and then went and got it. One of the best players in the 2023 class.🎥 from a 🔥 matchup at the Breast Cancer Awareness Classic by @sreece242002

Be the first to know and let us send you an email when The Sports Utility Vehicle - SUV and SUVtv posts news and promotions. Your email address will not be used for any other purpose, and you can unsubscribe at any time.

Send a message to The Sports Utility Vehicle - SUV and SUVtv: 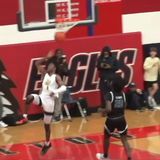 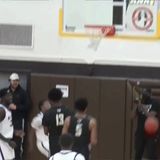 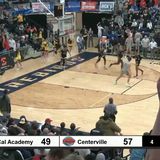 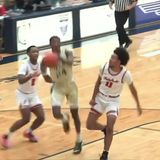 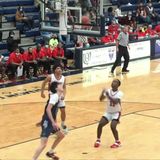 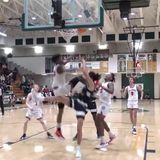 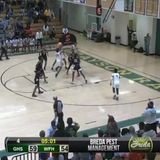 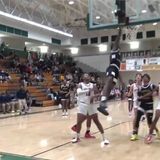 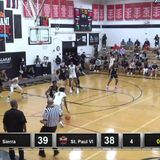 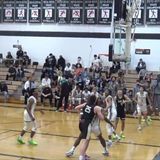 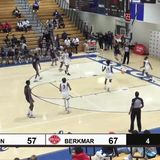 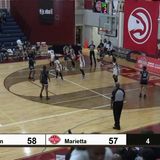 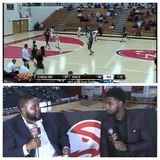 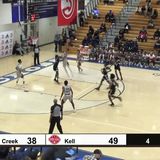 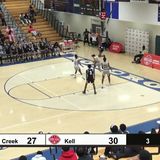 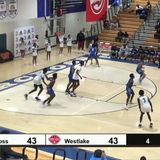