Red Ruby Slippers is a blog written by Dorothy Polchinski, a faithful Catholic gal striving to live out her faith in every day life. She loves the Pope, his red ruby slippers, and gelato too.

Saint John Paul 2, pray for us.

No one in the world can change Truth. What we can do and and should do is to seek truth and to serve it when we have found it. - St. Maximilian Kolbe

A blessed Feast of St. Maximilian Kolbe to all!

A Polish Conventual Franciscan friar, this martyr-saint of Auschwitz volunteered to die in place of a fellow-prisoner (husband and father) in the N**i concentration camp of Auschwitz, located in German-occupied Poland during World War II (14 August 1941).

Kolbe was canonized on 10 October 1982 by Pope John Paul II, and declared a 'martyr of charity'. He is the patron saint of drug addicts, political prisoners, families, journalists, prisoners, and the pro-life movement.

St. Maximilian Kolbe, pray for us!

PS Due to his zeal in promoting consecration to to the Blessed Virgin Mary, he is known as the Apostle of Marian Consecration. Indeed, his teachings on the ineffable union between the Holy Spirit and the Blessed Virgin Mary are very profound and inspiring. I would especially recommend a remarkable book by Fr. H. M. Manteau-Bonamy, OP: "The Immaculate Conception and the Holy Spirit: The Marian Teaching of St. Maximilian Kolbe".

Ugh. Can't believe this. Miriam is re-arrested in Sudan just a day after her release.
http://www.nbcnews.com/news/world/meriam-ibrahim-re-arrested-sudan-just-day-after-being-freed-n139191

A mother who was freed from death row for refusing to renounce Christianity has been re-arrested just a day later while trying to leave Sudan, her lawyer tol...

A true act of grace! Sudanese Christian condemned to death, is free! http://www.catholicnewsagency.com/news/release-of-christian-woman-in-sudan-draws-gratitude-praise-84972/

Family members and religious liberty advocates are applauding the news that a Sudanese woman's death sentence for refusing to denounce her Christian faith has been overturned by an appeal court after months of international outcry.

At the top of her flourishing career, a beautiful Spanish model has given it all up to become a nun. Olalla Oliveros, a beautiful and we...

How can you be the best catechist? best theologian? Cardinal Arinze's response might surprise you. http://www.wordonfire.org/WoF-Blog/WoF-Blog/June-2014/Cutting-to-the-Spiritual-Core.aspx

Word on Fire Catholic Ministries is a nonprofit organization which supports Catholic evangelical preaching. Led by Father Robert Barron to draw people into or back to the Catholic faith.

There is nothing that man needs more than Divine Mercy. - Saint John Paul 2 #DivineMercySunday 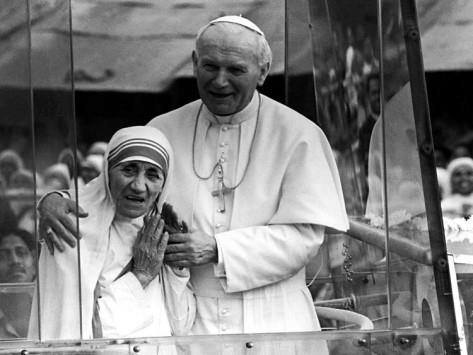 It is the duty of every man to uphold the dignity of every woman. - JP2 #SaintJohnPaulTheGreat

"It is the duty of every man to uphold the dignity of every woman." -JPII #SaintJohnPaulTheGreat

Fr. Barron comments on the Meaning of Easter

Another part of a video series from Wordonfire.org. Father Barron will be commenting on subjects from modern day culture. For more visit http://www.wordonfir... 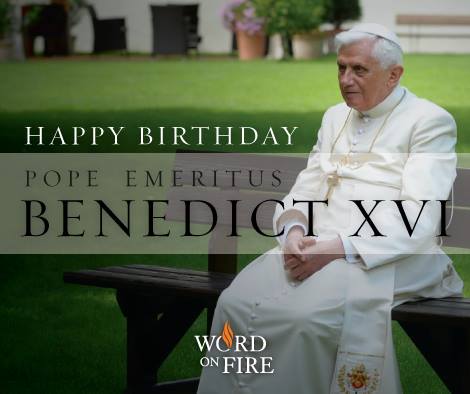 Happy birthday to a "thought of God" who has carried out His will with grace and fidelity, Pope Emeritus Benedict XVI.

Finding Theology of the Body in Disney's FROZEN

So often in the media we see a “Hollywood” version of love. This instant rush of emotions a person gets when they fall in love at first sight! Disney’s Frozen, which just received a Golden Globe fo...

Happy feast of the Annunciation!

A blessed Feast of the Annunciation to all! Holy Mary, Mother of God, pray for us, that we may love and serve your Son, as you always do. 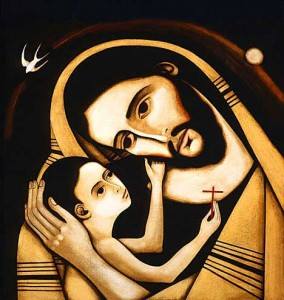 St. Joseph, pray for us.

Hope is springing ....even in the dead of winter. http://www.redrubyslippers.org/2014/02/hope-in-humboldt-park.html

Baby Iver is here. What a beautiful witness to life! @lifesitenews

In a case that made international news, a son has been born to a husband who had been raising funds to cover his “brain dead” pregnant wife’s medical bill

Feast of Our Lady of Lourdes and World Day of the Sick. May Our Lady's intercession bring healing to all those who are suffering.

Today we celebrate Our Lady's appearance to a young peasant girl, Bernadette, in 1858 in Lourdes, France. Through a set of private revelations, Mary revealed herself as "the Immaculate Conception." What does this title mean, and what should we know about Our Lady of Lourdes? Ellyn von Huben explains.

Can't wait for the release of '7 Secrets of Confession' audiobook!

Since we're busy recording the audiobook for "7 Secrets of Confession," I especially loved the Pope's tweet from the other day: "The Sacraments, especially Confession and the Eucharist, are privileged places of encountering Christ." 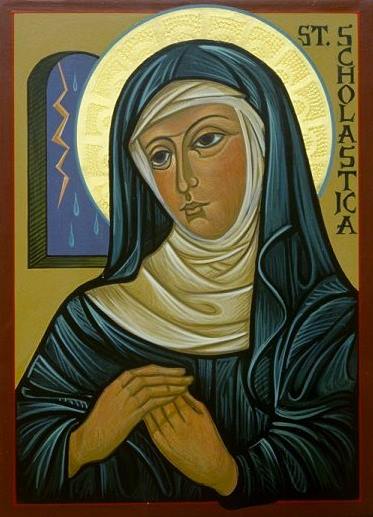 St. Scholastica, pray for us.

O God, you brought the soul of the blessed virgin Scholastica to heaven in the form of a dove in order to bring to our notice her life of innocence. Through the prayers and merits of your saint may we live such a life that we, too, may attain everlasting happiness. Through Jesus Christ, your Son, who lives and reigns with you in the unity of the Holy Spirit, one God, for ever and ever.

Remember to pray for all Winter Olympians -- especially for their safety. #winterolympics2014

St. Thomas Aquinas, pray for us. 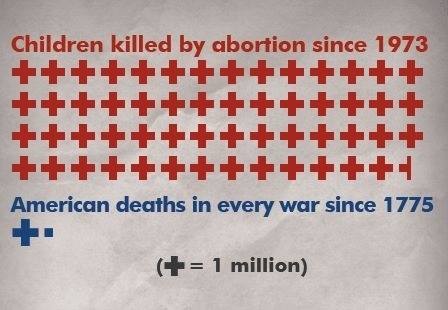 And folks, this is how you evangelize. @dlongenecker1

Today on the way home from Mass I stopped at Krispy Kreme for a dozen donuts. I’m wearing my cassock and Benedictine scapular. Here’s what happened.

St. Peregrine Cancer Novena begins today. Do you know someone suffering from cancer? Mention their name below (or message me) and I'll offer them up during this novena and will carry them with me to the national shrine of St. Peregrine here in Chicago.

This Novena to St. Peregrine is meant to be prayed for cancer patients that they may be healed both physically and spiritually.

Saving Family: Scott Hahn Reflects on the Feast of the Holy Family

Saving Family: Scott Hahn Reflects on the Feast of the Holy Family

The Lord has set father in honor over his children and mother in authority over her sons, we hear in today’s First Reading. As we sing in today’s Psalm, the blessings of the family flow from Zion, the heavenly mother of the royal people of God (see Isaiah 66:7,10-13; Galatians 4:26).

@bocelliandrea Thank you Andrea for your example of living your faith in every moment & for glorifying God with your amazing voice.
http://www.bizpacreview.com/2013/12/26/andrea-bocelli-stuns-florida-congregation-sings-at-christmas-mass-90461 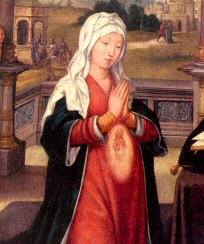 Come quickly, we pray, Lord Jesus, and do not delay, that those who trust in your compassion may find solace and relief in your coming.

Be the first to know and let us send you an email when Red Ruby Slippers posts news and promotions. Your email address will not be used for any other purpose, and you can unsubscribe at any time.