Ultra Fuchsia is a production company based in Atlanta, GA. Our mission is to empower independent artists.

November Art Nite is just around the corner. Bring your art based on the prompt: Witches, Werewolves & Winona Ryder. See you @bibliotech on First Friday, Nov 5!

ArtNite is this Friday, Oct 1 and the theme is Ice Cream! 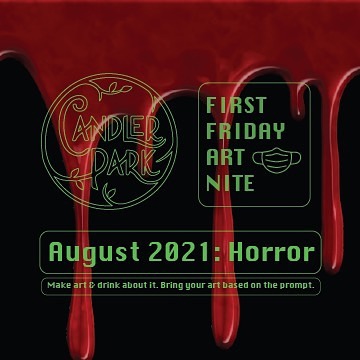 ArtNite is next Friday, Aug 6! See you @bibliotech at 7:00p for this month theme: Horror!

One of our hosts, Matt talking to everybody at ArtNite! Come out this Friday to @bibliotechatl at 7 PM for the next ArtNite! The theme this month is Herstory!!

Jessica McCain presenting her poem she brought for ArtNite 🥰 we were honored to be the first place she did a reading! #poetry #poems #poet #atlpoets #sciencepoetry #atlscience

Ultra Fuchsia updated their info in the about section.

Ultra Fuchsia updated their info in the about section.

Three years in the making. Assassinaut is coming soon!!

The first kids in outer space crash land on an alien planet. They must save the President of Earth before a horrifying monster hunts them down. Dir. Drew Bol... 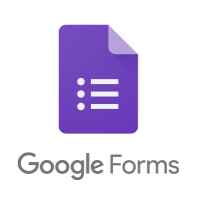 Synopsis: Feeling cast out from society, two teens begin a relationship under the belief that they’re transforming into monsters. What begins as fantasy ends with horrific consequences as they both lose touch with reality.

Also seeking a Production Manager and a Locations Manager.

SUBMISSION INSTRUCTIONS:
Please submit through the link below and send your resume and any additional queries to [email protected]

Rick Spears' BLACK EYES is going to Chattanooga Film Festival! Who wants to come celebrate with us?

Our first mutated duck baby getting some love.

We're casting for Dimension Games' internet advertisement "The Game is Calling"! Mmm yes, lots of practical fantasy character design on this one.

In anticipation for Assassinaut, don't forget to check out our debut film Science Team! Now available on DVD, VHS, and streaming on the official website OR you can even rent it from Video Fan! #tbt #science

Will It Hurt? (Scene from Black Eyes)

"Black Eyes", the latest short film by Rick Spears will be premiering at Fantasia Festival on July 28th! Check out this great clip from the film! https://vimeo.com/117721248

Assassinaut, the feature film I'm working on as 1st Assistant Camera, has wrapped on a good day 2 which included dissecting a frog, chicken beauty shots, and amazing hustle by crew, cast, and everyone involved. It was stew, not soup.

RICHMOND, VA Area: Now casting extras for a banquet scene this Saturday, July 11th. Dress in your best banquet attire, it's time to get classy!

Check out our new website for more details on our upcoming feature and past films.

Be the first to know and let us send you an email when Ultra Fuchsia posts news and promotions. Your email address will not be used for any other purpose, and you can unsubscribe at any time.

Send a message to Ultra Fuchsia:

Will you consider liking my page, Drive for The Cure of Cancer. It's for a great cause, all you have to do is click on the link and like the page. https://m.facebook.com/profile.php?id=689221581192269
https://www.youtube.com/watch?v=wteF_VzFpVw Hello fellow cinephiles! I'm Lindsay Denniberg and I make psychedelic movies about female body horror! There's only 2 days left on the campaign for my next horror movie 'Killer Makeover'! We need as much help as we can get with donations and sharing the link! It takes a Village (Damned or otherwise) to make movie dark magic! Great incentives like 'Video Diary of a Lost Girl' on DVD / VHS / Streaming! Killer Makeover is about a badass beauty school dropout named Karen, who gets a curse put on her so that anyone she beautifies…dies! She soon starts working at a funeral home as a freelance mortician and finds romance and creative liberation among the dead! But someone at the mortuary wants to use Karen’s curse for more than just an open casket. https://www.indiegogo.com/projects/killer-makeover#/story
Ultra Fuchsia Films and Anne Chapman Casting are seeking VIDEO SUBMISSIONS for lead and supporting roles for the feature film ASSASSINAUT. Please share with your friends and lets make an amazing film together! #assassinautcasting http://annechapmancasting.com/assassinaut
Impressive.
Doing a video installation for the grand opening of Ultra Fuchsia Films from 6-9pm for First Fridays. Come hang and stare into infinity with me. https://www.facebook.com/events/1599814710266233/