The Wheel has been serving the Emory community since 1919. Today, the Wheel publishes content online daily and produces a once a week print edition that highlights the most important stories of the week.

Emory College of Arts and Sciences (ECAS) Dean Michael Elliott has resigned from Emory University to become the 20th president of Amherst College.

Emory College of Arts and Sciences (ECAS) Dean Michael Elliott has resigned from Emory University to become the 20th president of Amherst College (Mass.), his undergraduate alma mater, according to a June 1 email to ECAS students from Elliott. The Amherst College Board of Trustees unanimously approv...

Oxford College plans to use the residential modular units (the Mods) — which were introduced to address over enrollment — for an additional year.

Oxford College plans to use the residential modular units (the Mods) for an additional year. The Mods were introduced in fall 2021 as a temporary solution to address over enrollment at Oxford. First-year enrollment increased from 492 in 2020-21 to 593 students in 2021-22, a 20.5% increase. Sullivan....

Emory University recently became one of 37 colleges participating in the Gillette University Recycling Pilot Program in partnership with the recycling company TerraCycle, which specializes in handling hard-to-recycle materials. The program encourages students to recycle their used disposable razors,...

As Oxford Dean departs, he reflects on historic past six years, changes still to be made | The Emory Wheel

Through a pandemic, improvements to the campus’ physical design and Emory University’s ongoing reckoning with its troubling history, Hicks has presided over a historic six years in Oxford’s history.

Two days before Oxford College’s commencement ceremony, Dean Douglas Hicks sat in his office on the fourth floor of Seney Hall. From his prime view of the quad below, he overlooked the stage where he would send off second-year students to the Atlanta campus for the sixth year in a row. This year, ...

“I hope that [the Centers] deliver,” DRIVE CEO George Painter said. “They’re going to be very important to making a good level of global health.”

Emory University and Georgia State University will establish the Antiviral Countermeasures Development Center (AC/DC), a hub for research dedicated to preventing the next pandemic. The Center will develop potential COVID-19 antivirals, medications that attack viruses, beginning in late June. Over th...

"In spite of the heat, or maybe because of it, the audience seemed bonded, like they were watching a mutual friend take the stage to play their favorite songs."

On the fifth night of his sold-out “Back in Business” tour, singer Ricky Montgomery swept the front row with high fives. As he sang his 2021 single “Talk to You,” he posed with items from the crowd: a teddy bear, a plush hat shaped like a shark, a handheld Pride flag. The Loft had heated [.....

"The room smells like the vague suggestion of a daffodil, and the vibrant colors of O’Keeffe’s petals, leaves and filaments do their best to distract you from the industrial piping and neon green exit signs that dot the previously-drab space."

The first article I ever wrote for the Emory Wheel’s queer column was about Georgia O’Keeffe, the iconic modernist painter who forever transformed American art with her exploration of color, scale, ambiguity and abstraction. For those unfamiliar with her name, you will likely recognize her famou...

Exploring the past, present and future of Dooley’s Tavern | The Emory Wheel

“Dooley’s tavern has always been a mystery,” Max Migdon (23Ox) said. “It’s very degraded, and its purpose was never explained to us. We see the signs saying we can’t go in and are very curious as to what it is. What’s the point in keeping its existence and purpose a secret?”

A sign posted on the front door warns visitors: “DON’T ENTER.” A decrepit building tucked behind Haygood Hall, Dooley’s Tavern appears to be forgotten by Emory University’s Oxford community. The white paint has been chipped away by time, exposing the building’s wood scaffolding. Most win...

Artificial intelligence (AI) savant Anant Madabhushi will join the Emory University School of Medicine in July, where he will establish an institute that researches AI to improve patient outcomes and address health inequities. Madabhushi’s recruitment comes as the University expands its research i...

May 24 is election day for the 2022 Georgia primaries, which include races for U.S. senator and governor. Below is a guide outlining the different races and candidates on the ballot.

Click the link in our bio to read content from this year’s graduation magazine as 11 seniors reflect on their time at Emory, former alumni provide advice, and much more.

For the first time in three years, Emory University’s graduation and Commencement festivities took place on campus, which the Wheel captured in photos.

Crossing the stage, turning tassels by Madi Olivier and Matthew Chupack | 18 hours ago | Academics, Campus Life, News | 0 For the first time in three years, Emory University’s graduation and Commencement festivities took place on campus, starting with undergraduate Class Day Crossover on May 5 and...

Ranging from student activism to quarantine updates and major sports wins, the Class of 2022's Emory experience can be defined by the stories that were told during their time on campus.

Acceptance rate drops to 18.5 percent Alex Klugerman | March 28, 2018 Emory University welcomed the Class of 2022 during an admissions cycle with a 16% increase in applicants and an 18.5% acceptance rate, 3.3% decrease from the previous year. Applicants were also more competitive, boasting increased...

A puzzle master, an investigative journalist and a Disney executive walked into Emory | The Emory Wheel

As seniors' time at Emory University comes to a close, notable alumni reflect on their experiences as students and give advice to graduates.

As graduating Emory athletes hang up their jerseys and retire from collegiate sports, fifth year seniors Natalie Costero, Liam Fost and Romin Williams reflect on their decision to use their extra year of NCAA eligibility.

When Emory University men’s track and field sprinter Liam Fost received the news in March 2020 that the NCAA was shutting down winter sports due to the COVID-19 pandemic, he assumed that the hiatus would last no longer than a couple of weeks. As weeks stretched into months, Fost watched the precio...

The ghosttown of the South: Selma, Alabama | The Emory Wheel

#OPED: Selma wasn’t originally known for food deserts. Rather, it has a crucial place in American history, best known for Bloody Sunday, a civil rights march on March 7, 1965.

Selma wasn’t originally known for food deserts. Rather, it has a crucial place in American history, best known for Bloody Sunday, a civil rights march on March 7, 1965.

#BREAKING: EPD Chief Elliot apologized for any confusion caused by a deleted University tweet stating that an “active shooter” was on campus after a Druid Hills High School student was believed to have fled to Emory with a gun.

Emory University Police Department (EPD) Chief Cheryl D. Elliot apologized in a May 5 statement for any confusion caused by a University tweet stating that an “active shooter” was on campus. The tweet, which has since been deleted, was released at 11:41 a.m. as the first in a series of updates p...

Shuttles to return to full capacity, University to discuss protocol changes amid increase in COVID-19 cases | The Emory Wheel

Emory University shuttles will return to full capacity and permit standing riders on May 2. Masks will still be required to ride.

Emory University shuttles will return to full capacity and permit standing riders on May 2. Masks will still be required to ride, according to Executive Director for COVID-19 Response and Recovery Amir St. Clair. Shuttles have been operating at full seated capacity since last summer, but standing ri...

For her final stop on her tour, Maude Latour performed at Center Stage Theater’s Vinyl venue on April 22. Our EL editor, Oli Turner spoke with Latour about her musical journey and what’s next.

Friends are underappreciated — at least, in Maude Latour’s opinion. The New York singer’s discography offers a fresh perspective on love — the platonic, the romantic, the romantically platonic — that emerges at a moment when love, in all its forms, needs a revolution. Latour traveled south...

The Society of Professional Journalists (SPJ) awarded the Wheel with six region three Mark of Excellence Awards in the “large” university category, which includes all schools with 10,000+ students, on April 28.

"Winning the Region 3 best all around student newspaper award for a second year in a row is a testament to our staff's continued dedication to covering all facets of life on the Emory campus,” former Editor-in-Chief Isaiah Poritz (22C) said. “It’s an achievement that every person who has contr...

During their last meeting of the year, the University Senate discussed the future of Emory’s construction projects and MARTA, as well as plans for the Office of Compliance and campus life.

The Emory University Senate held its last meeting of the 2021-22 academic year on April 26. The Senate voted unanimously to pass the Consent Agenda, which “usually lumps routine procedural decisions together into a single motion to save time,” Senate Administrative Assistant Grace Goh wrote in a...

#BREAKING:“He made Emory’s founding campus into a destination for students across the nation and around the world,” Fenves wrote. “I am grateful for all he has done for our university and wish him the best as he moves on to lead the Davidson community.”

“This is the opportunity to let people know that there is a polling site literally in your back door,” Gebresilassie said. “Let’s show up, and let’s vote.”

Emory University’s Atlanta campus will be DeKalb County’s official voting location. Voters can start using 1599 Clifton Road, an Emory administrative office near the Emory Conference Center Hotel, as a polling location when early voting opens on May 2. In past elections, student voters carpooled...

"From my seat in the Tabernacle audience, I could see a certain communion in the faces of the people around me, gazing at [Claire] Cottrill as if she raised them herself."

On the stage of the Tabernacle, Claire Cottrill, better known by her stage name Clairo, was wrapped in light. Her mostly teenaged audience gathered under the painted eaves of the concert hall, some shouting “I love you” and others waving handmade signs. Cottrill concluded her “Sling” tour in...

Softball season saved by Emory athletes: Basketball and volleyball Eagles join the softball team on the field | The Emory Wheel

When the softball team found themselves with only eight healthy players earlier this season, other Emory athletes stepped up to the plate.

In their first full season since 2019, the Emory University softball team compiled a 18-20 record. They have made appearances in five NCAA softball championships, most recently finishing as runner-ups in 2019. The Eagles have also brought home 12 championship titles out of their 16 appearances in th...

Be the first to know and let us send you an email when The Emory Wheel posts news and promotions. Your email address will not be used for any other purpose, and you can unsubscribe at any time.

Send a message to The Emory Wheel: 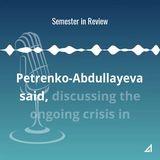 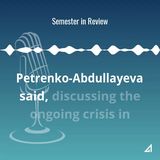 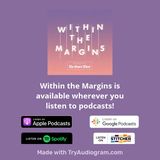 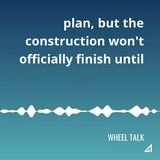 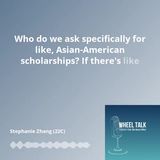 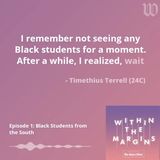 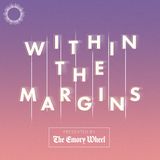 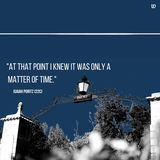 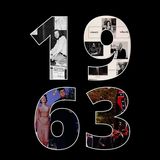 Listen to Episode 5, "A Historic Week," on anchor.fm/wheeltalk

Seek The Truth. Cover Your Campus. 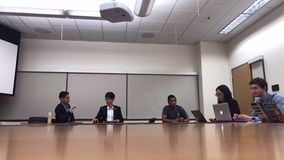