Residents who are at risk of lava flows from Mauna Loa have been asked by emergency officials to begin reviewing emergency plans.

Authorities said the pilot had to walk several miles to find a spot with good cell service.

Police said 28-year-old Austin Lee Edwards, a former state trooper, traveled from Virginia to Riverside to meet a teen girl he 'catfished' online, then murdered the girl's mom and grandparents.

Will Smith discusses Oscars slap ahead of new film 'Emancipation'

Ahead of Will Smith's highly anticipated new film "Emancipation," the actor spoke with FOX 5 DC for the first time about his infamous Oscars slap that rocked the world.

Retiring too early could cost you $182,000 in benefits, study says

A new study says that virtually all American workers between 45 and 62 should wait beyond age 65 to collect their retirement benefits, and many should wait until 70.

Family of Melissa Highsmith, toddler abducted 51 years ago, 'overjoyed' after being reunited

Melissa Highsmith was raised just minutes from where she was abducted from her mother's Fort Worth, Texas, apartment on Aug. 23, 1971, when she was just 21 months old.

Investigators found a man with gunshot wounds around 1:30 a.m. near the Travis County Expo Center.

Experts explain what to do in active shooter situations

In San Marcos, experts at the Advanced Law Enforcement Rapid Response Training (ALERRT) Center at Texas State University instruct law enforcement and civilians on what to do if you’re ever in a similar situation.

Jeep is giving away a $40,000 ski trip to the first person who names its new SUV

President Joe Biden is calling on Congress to pass legislation to intervene and block a railroad strike before next month’s deadline in the stalled contract talks.

Police took the suspected shooter in for questioning, but released him shortly after. They said the decision was made after “[they] discussed details with the District Attorney’s Office.”

The back of the Superman shirt read “RESPECT FOR IRANIAN WOMAN.”

Authorities: 2 men from India drown in Lake of the Ozarks

Authorities said one man tried rescuing the other, but they both drowned.

Family members and friends of Rajan Moonesinghe, who was shot and killed by an Austin police officer, are pushing for answers on his death.

On Monday, the FBI confirmed that the bones found in a Georgia landfill belong to Quinton Simon, the 20-month-old boy who was reported missing by his mother in October. The mother was arrested and charged with his disappearance and murder a week prior.

Moreland’s bar staff, at their 13 locations, are being trained how to administer the medication, essentially becoming a new type of first responder.

The New England Patriots arranged for UVA players and staff to attend all three out-of-state funerals of the three football players.

MOTHER ARRESTED: Investigators say the 27-year-old metro Atlanta mother started the fire that destroyed her apartment building and left her two daughters inside the burning building.

Arlington police say a man was shot near the schools. Police are searching for the suspect.

“Flossie” is a black and brown kitty who’s the equivalent of 120 human years.

The Fayette County Sheriff's Office says people have reported numerous spam phone calls from people claiming to be with Medicare, the IRS, or other agencies.

Investigators say a man was killed during a disturbance on N. Heatherwilde.

Authorities said the pilot had to walk several miles to find a spot with good cell service.

Giving Tuesday: Help someone in need pay their City of Austin utility bill

This Giving Tuesday, you can bring some holiday cheer to a loved one, friend, or neighbors by making a payment toward their City of Austin utility bill.

The trip's purpose is to award a prize to environmental innovators, but will likely be clouded by tensions in the U.S. with Harry and Meghan.

For the USMNT, the knockout round has arrived early

The U.S. men's team is looking at its matchup with Iran as nothing more than an early start to the knockout stage.

Retiring too early could cost you $182,000 in benefits, study says

A new study says that virtually all American workers between 45 and 62 should wait beyond age 65 to collect their retirement benefits, and many should wait until 70.

Warm start to the week, another cold front coming

A couple of warm days ahead, but be sure to enjoy it while it lasts. Another cold front is coming. Carlo Falco has the details in his full forecast.

Family of Melissa Highsmith, toddler abducted 51 years ago, 'overjoyed' after being reunited

Melissa Highsmith was raised just minutes from where she was abducted from her mother's Fort Worth, Texas, apartment on Aug. 23, 1971, when she was just 21 months old.

Warm start to the week, another cold front coming

A couple of warm days ahead, but be sure to enjoy it while it lasts. Another cold front is coming. Carlo Falco has the details in his full forecast.

Will Smith discusses Oscars slap ahead of new film 'Emancipation'

Ahead of Will Smith's highly anticipated new film "Emancipation," the actor spoke with FOX 5 DC for the first time about his infamous Oscars slap that rocked the world.

For 56 years, the Zilker Holiday Tree has been delighting generations of Austinites, including one family that has been enjoying the tradition for about half a century.

Later today, the Travis County Judge will talk about drug overdoses in Central Texas. This update comes after a report that showed that fentanyl was involved in one third of overdose deaths in 2021.

Two people were rescued early Monday morning hours after a plane crashed and was suspended in the air from power lines in Montgomery County Sunday night.

The Houston Independent School District announced its schools, offices, and facilities would be closed on Monday due to the boil water notice.

'Gaslighting' is Merriam-Webster's word of 2022

Lookups for the word “Gaslighting” on Merriam-Webster's site increased 1,740% in 2022 over the year before.

Be the first to know and let us send you an email when FOX 7 Austin posts news and promotions. Your email address will not be used for any other purpose, and you can unsubscribe at any time.

Send a message to FOX 7 Austin:

Families of the Robb Elementary victims are at a DPS meeting with Texas State Senator Roland Gutierrez. MORE: https://bit.ly/3DzxWO2

CAUGHT ON CAMERA: An Austin community is offering a reward for information leading to the identity of the person caught stealing a 14-foot skeleton from a front yard. MORE DETAILS >> https://bit.ly/3CPX3ui

NEW DETAILS AT 5: Dash cam video shows the moment when an Austin Uber driver's car was hit by another vehicle while he was transporting a passenger. >> http://bit.ly/2WDPUrI

HAPPENING NOW: The Austin Police Department is providing an update on the After Action Report regarding the 2020 protests. MORE DETAILS: https://bit.ly/3ROEPj6

What help is there now that the #abortion trigger law in Texas is in effect? Governor Greg Abbott provides an answer to Rudy Koski on FOX 7 MORE #TXTheIssueIs: bit.ly/3eoKopy Texas Democratic Party Republican Party of Texas

"If Beto O'Rourke were to be elected it would just be an extension of the #Biden administration in the State of #Texas." Gov. Greg Abbott talks to Rudy Koski on FOX 7 about the border. MORE #TXTheIssueIs: bit.ly/3eoKopy

FOX 7's Pets of the Weekend are three wonderful animals at Williamson County Regional Animal Shelter! 🐶 Bentley is a senior pup who's ready to comfortably rest in a loving home. 🐈 Julie and Scarlett are a pair of bonded sisters who love to snuggle and nap. More: https://bit.ly/3TiQ3O0

An #Austin woman is behind bars after fleeing the scene of a crash and leaving her child inside a rolled vehicle alone on I-35. FULL STORY: bit.ly/3PTc17u

WATCH LIVE: A live look at Austin from the FOX 7 Austin Austin Eye Tower Camera. A Flash Flood Watch remains in effect as scattered showers and storms are expected in the area. MORE DETAILS: https://bit.ly/3PRr5Ta

Check out this video from viewer Alex Wild of water in the road on Lake Austin Blvd at Exposition in West #Austin. #atxwx LIVE UPDATES HERE: bit.ly/3Aeat1R 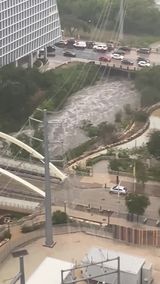 FLOOD WARNING: Check out this video of Shoal Creek. A flash flood warning has been issued for Travis County until 7:15 p.m. >> bit.ly/3KeoEsu 📷: Brian Rawson

Shoal Creek is spilling over into the parking lot of the Shoal Creek Saloon at the corner of N Lamar Blvd and W. 9th Street. #atxwx WATCH LIVE: bit.ly/3Aeat1R

A flash flood warning is in effect for Travis County. Here is a look at Shoal Creek waters following a downpour of rain ⛈ Download the FOX 7 Weather App to view radar, hourly, and 7-day weather information: bit.ly/3QK5Aoc 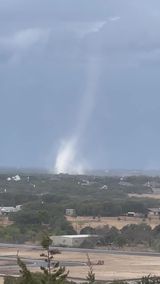 VIEWER VIDEO: Check out this video sent to us by Michael McCluskey in Liberty Hill ⛈️ STAY WEATHER AWARE: https://bit.ly/3pMPMFL

HAPPENING NOW: Officials in #BastropCounty provide an update on #PinePondFire which has burned more than 300 acres and is currently 10% contained. MORE DETAILS: https://bit.ly/3C1djdb

Interim superintendent Anthony Mays announced at a recent school board work session that current Austin ISD police Lt. Wayne Sneed has been selected to lead the department. Sneed will be the department's first Black chief of police. MORE: https://bit.ly/3cX57An

FOX 7 Austin's Pet of the Weekend is a six-and-a-half year old dog named Darwin from Texas Humane Heroes! Darwin has been at the shelter since 2018, and is more than ready to find his fur-ever home. ❤️🐾 Learn more about this happy, energetic pup: https://bit.ly/3zIct3x

Tierra Neubaum on FOX 7 is out at Pluckers Wing Bar where a chicken wing eating challenge is underway.

Fourth of July celebration in Austin

2022 Independence Day Parade in Round Rock

The 2022 Annual Sertoma Independence Day Parade is bigger and better than ever and will once again feature giant helium and cold air inflatables, community groups and patriotic spirit, according to the City of Round Rock. https://bit.ly/3NH60JK

Other TV Channels in Austin

FIGHTING BACK: The experts at the Advanced Law Enforcement Rapid Response Training (ALERRT) train first responders and others on how to handle an active shooter. They say the unarmed hero who subdued the Colorado Springs gunman, likely saved many lives.

FOX 7 Austin
‘A GENTLE GIANT’: About two weeks ago, an Austin Police Department officer shot and killed a man on his own front porch in South Austin. His family & friends want answers as they wait for APD to release body cam video.

Hear from family & friends TONIGHT AT 9 FOX 7 Austin.
https://www.youtube.com/watch?v=OsSQgFQpOhI
Thank you FOX 7 Austin for covering our amazing 3 Days of Giving, 3 Ways to Give campaign!

We're kicking off this spectacular event at 1 PM today in hopes that our community will come to volunteer, donate diapers, and make a gift to support the families and babies of Central Texas.

Stop by our warehouse Monday, Tuesday, and Wednesday to make a difference this holiday season.

Learn more about the ways to give at www.austindiapers.org.

We received the Change Maker Award from Afrotech 🤗

We can’t express how thankful we are for your support.
Our 💜 is full, and we can’t wait to see what’s to come.

Special thanks to FOX 7 Austin for having us on.
To see the full video, click the link in the bio.

Austin Parks and Recreation Department lights the 56th annual Zilker Holiday Tree. One family that spans four generations has been coming for about 50 years. FOX 7 Austin Austin Energy
* Finally! .. The Beginner-Friendly, 3-Step Blueprint Our Students Use to Generate as Much as $10,000+ Their Very First Month

HINT: It Requires $0 Investment and Only 30 Minutes of “Work”

Get FREE Training + 2 Bonuses Worth $237
Thank you so much for coming to make a hat with us Libbi Farrow and FOX 7 Austin!

https://m.youtube.com/watch?v=1HCKoDySm_U
NEXT after FOX 7 Austin Football Tonight
- Angela Shen FOX 7 speaks with man whose car was hit during a police chase that ended in an officer-involved shooting in Round Rock
- Meredith Aldis FOX 7 on shopping local this Small Business Saturday
- Meteorologist Carlo Falco on Fox 7 says warmup ahead for Sunday

Other TV Channels in Austin (show all)