The company is one of the oldest independently owned Black publishers in operation in the United States. The company publishes about six titles annually; most are out-of-print historical books that the company brings back into print. The first books published by the company were pamphlets printed on a photocopier that Coates purchased. Along this same vein, Coates established BCP Digital Printing

The company is one of the oldest independently owned Black publishers in operation in the United States. The company publishes about six titles annually; most are out-of-print historical books that the company brings back into print. The first books published by the company were pamphlets printed on a photocopier that Coates purchased. Along this same vein, Coates established BCP Digital Printing

CaTyra Polland is sparking the creation of a new holiday.

THIS MOVIE IS A TARZAN KILLER.
RAY WINBUSH IS GIVING A HISTORY LESSON IN HIS COMMENTS. PLEASE READ AS HE MOWS THROUGH THE NARROW MINDED THINKING OF PEOPLE WHO HAVE NOT SEEN THE WOMAN KING. I WAS SHAKING MY HEAD TOO..... UNTIL I SAW THE MOVIE AND HOW IT EMBRACED A WHOLISTIC VIEW OF OUR EXPERIENCE OF ENSLAVEMENT. THEY GOT ME RIGHT AT THE BEGINNING WHEN THEY NAILED THE FILM TO THE EARLY 1800. IF YOU KNOW A LITTLE BIT ABOUT OUR HISTORY YOU WOULD KNOW THIS IS ABOUT THE TIME THAT MANY AFRICANS BEGAN TO OBJECT TO THE SELLING NOT ONLY OF THEIR PEOPLE BUT ALL AFRICANS PERIOD. THAT'S WHAT THIS MOVIE DEALS WITH. I KNOW SOME FOLKS WILL NOT MOVE OFF THE DIME. AND I AM NOT THE ONE TO ARGUE WITH YOU. BUT FOR THOSE THAT HAVE HALF OF AN OPEN MIND GO OVER TO RAY'S PAGE AND FOLLOW THE COMMENTS AND LET'S GET THIS THING FLAT.

We knew your value James. You did the work. Rest now brother.

Making History: Reflecting on the Legacy of James Turner and Black Student Activism, 1969-2019 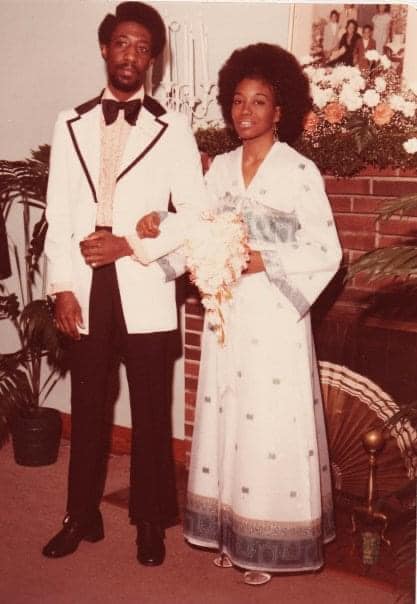 Happy Anniversary to two long-distance runners. Thank you for your example.

It's now easier to sign up for Black Classic Press, Inc.'s updates.

It's now easier to sign up for Black Classic Press, Inc.'s updates.

We just finished printing the first run of our two newest reprints Agents of Repression and COINTELPRO both by Ward Churchill and Jim Vander Wall. These books long out of print detail the government's murderous campaign to destroy the Black Panther Party and the American Indian Movement. Thanks to my Panther comrade Steve Long for our creative complimentary covers. And special thanks to Ward Churchill for a great new introduction and for trusting Black Classic Press to give new life to his monumental work. perhaps some will forget, we will not. we are pledged to help others remember.

NOT SURE IF OTHERS ARE FOLLOWING THIS NEVER ENDING SAGA

The start and future of Cultured Books

The start and future of Cultured Books

At last month’s Social Venture Partners Tampa Bay Fast Pitch competition, Lorielle J. Hollaway took home the grand prize of an unrestricted, $15,000 grant. She plans to further her and her team’s education and bring in experienced minds that can help ensure the Cultured Books’ longevity. Photo...

Writers and Illustrators Who Passed Away in 2021: https://aalbc.com/tc/topic/8135-authors-and-illustrators-who-passed-away-in-2021/ May all their souls rest in peace.

BEM | books & more, founded by Gabrielle & Danielle Davenport, celebrates food literature of the African diaspora. We are a Black- and woman-owned business based in Brooklyn, NY.

Jake-ann Jones is the author, with the late civil rights activist Florence L. Tate , of the new book Sometimes Farm...

Oh Yeah! We are back with SA Cosby

Now Available. so glad to have an opportunity to work with the great Dr. Billingsley to get this book out.

The Mis-Education of the Negro - Carter G. Woodson

For the Love of Poetry and Baseball: PW Talks with E. Ethelbert Miller

our good brother Ethelbert has a new book out and a story to tell...

Be the first to know and let us send you an email when Black Classic Press, Inc. posts news and promotions. Your email address will not be used for any other purpose, and you can unsubscribe at any time.

Black Classic Press is one of the oldest independently owned Black publishers in the United States. The company publishes about six to ten titles annually. Most are historical books dealing with all aspects of the African American, and African Diasporic experience and have been out-of-print for years. We take on as our special mission to bring those books back in to print and make them available to a new generations of readers. The company began publishing in 1978. Its first books were small pamphlets, printed on a desktop offset printer that founder, W. Paul Coates, purchased for $300.00 and set up in his basement. In 1995, Coates established BCP Digital Printing as an affiliated company of Black Classic Press. BCP Digital prints all books for Black Classic Press and provides print services for other publishers, non-profit and for profit businesses and organizations. Twenty-four years after its founding, BCP Digital Printing is distinguished as the first and only full-service African American owned book printing company in the U.S.

Other Publishers in Baltimore

85 percent of books fail to earn back their advance. Let's fix that …

Re Jan 1 front page article: "Violence persists". To me it seemed a parade of pablumic cliches. Only Council person Ferguson suggested a "reset" and that leaders should "try something new." police union president says "the city faces a crossroads." Please. It always has!
States's Attorney Marilyn Mosby; s excuse- "not necessarily on our part" was inexcusable, and nothing fresh was stated in the Mayor's strategy; his promised committee to address root causes has yet to exist. Who besides him is handling his crime program?

Ancient nostrums about the carrot and the stick endure, hopeful and wistful nothing burgers from the latest PD Commissioner- when I would expect a full out attack on guns and gun traffickers at the very least.

We have some good street level efforts like Cease Fire and Safe Streets and ROCA- why not emphasize their work? They are at the level of the perpetrators.

Johns Hopkins studies gun violence and yet they seem MIA (or unreported on?)- not a peep.

For us who work on non violence on the national level at the Baltimore Non Violence Center- it is appalling to see the violence where we live. Our strategist are not consulted- nor, as far as I can tell, are gun control groups like Moms Demand Action or Marylanders to Prevent Gun Violence- both groups who work at Annapolis. Help form, or wisdom from Annapolis also MIA'

Community outrage also seems tepid. If I lost some one to the violence, I'd be much more outspoken.

David Eberhardt, Baltimore Non Violence Center
4 hadley sq n
21218 410-235-7507 [email protected]
'Sometimes Farmgirls Become Revolutionaries is Florence Tate's memoir and covers her political work and career, including early memories as one of the first Black reporters at the Dayton Daily News, to becoming communications director for political organizations including the ALDCC (African Liberation Day Coordinating Committee) and National Urban Coalition. Also covered are her years as Marion Barry’s communications director during his candidacy and first year as mayor of D.C., and her tenure as press secretary for Rev. Jesse Jackson during his historic 1984 presidential campaign.' -- Black Classic Press, Inc.
I am seeking permission to use the photo of IMHOTEP offered in Dr. Ben's Book Black man of the Nile and his family. In chapter 7 of my book entitled " Resurrecting the Black Mind". The image I refer to would fit perfectly in chapter 7 of my manuscript on its way to book design. I've reached out to Anthony Browder, and Rutgers University for permission to use Ivan Van Sertima's picture on the cover of his book Early America Revisited.
sorry i honestly thought the zoom today ( 11/14) was going to concern the struggle- i was removed -i did not mean to be insulting - i like Black Classic Press and would donate if personally contacted
removed from meeting- why- r u a bridge club? right wingers? or just fund raisers? what? david eberhardt arrested for civil rts [email protected]
Hitting shelves just in time for the holidays, check out this upcoming release from St Pete's own Jake-Ann Jones of The Weekly Challenger Newspaper 🤩

Esther Productions, Inc is presenting WOMEN ARE POETRY IN MOTION—EVERY DAY IN EVERY WAY LED BY JOY JONES and scheduled to take place this Saturday, Feb 27, 10:00 AM – 11:00 AM EST. It is an online event and hosted by Esther Productions, Inc. If you are interested in registering for the workshop, please register at
www.estherproductionsinc.com/events-1/women-are-poetry-in-motion-every-day-in-every-way.

https://washingtonart.com/beltway/jones.html
Guest host Walter Mosley is joined by W. Paul Coates on episode 149 of The Quarantine Tapes. Paul is a publisher and the founder of Black Classic Press, Inc.
Is it still possible to participate in the Webinar on the 16th. ?If so I have about six kids currently locked out of registering. They are reading “The Brother You Choose”; and are quite excited to see the Authors.The link however is dead. Hope you can make this happen. Thanks!!!
x

Other Publishers in Baltimore (show all)