Welcome to the Movement! KleenRadio.com is more than a radio station, it’s a movement! We believe that music has the power to influence and inspire people, positively or negatively.

Therefore, we play music that supports this belief. Unlike the other “positive alternatives” out there, we play the popular music and artists that people want to hear, but it must pass through our Kleen filter first. Welcome to the movement.

"When you stop getting drunk every weekend, you are totally conscious of everything you do. Life is way better when you actually remember it."

Does having more money and weighing less sound THAT awful?

Like having fun? Want to make a difference? Well come out to our "FIRST FRIDAYS/NEWBIE PARTY" this Fri. 6-9pm. Opt in on the website, we'd love to meet you!

Who says you can't do the right thing and have a great time too? Join the Fam to find out how ~> http://www.cityfam.com/join-the-fam/

Unlike any other burlesque show you've experienced. Each act is segway-ed with video commentary from the performers (think "Dancing with the Stars"). Featuring aerial art, belly dancing, and a vocalist. Many of the numbers are collaborative pieces. The costumes are as outlandish as the artist they're honoring. https://www.facebook.com/events/608763122591557/

PLEASE SHARE!!
"BALTIMORE UNITE" TONIGHT IN PATTERSON PARK!
We are meeting by the Pagoda under the American flag tonight, Tuesday 4/28/15 at 6pm for individual prayer (corporate prayer at 7pm) for peace in . PLEASE JOIN US! Whether you are a religious or not, show unity and solidarity by standing in the gap with us. We need a tsunami of positivity to drown out all the negativity right now.

If my people, who are called by my name, will humble themselves and pray...then I will hear from heaven...and will heal their land. 2 Chronicles 7:14

If you're single this Valentine's day, don't sit home alone. Complete the survey to attend the Meet and Greet portion of this Saturday's Enchantment Under the Sea Dance at Baltimore Soundstage at ~> http://bit.ly/VdaySurvey 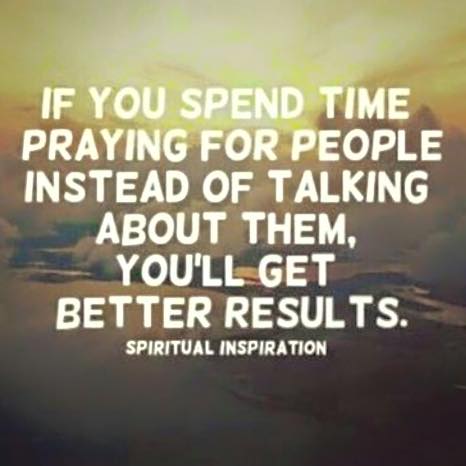 We were just given 3 pairs of tickets to giveaway to see this weekend at Factory! SHARE this post and tomorrow at noon we'll pick 3 people randomly to win the tickets. Don't want to leave it up to chance? Purchase tix here ~> http://bit.ly/16h90rR

Left Shark wasn't quite sure what he was doing, but he played his best on the world's' biggest stage. Left Shark is a hero.

Shout out to our listeners in right now :)

Great original piece on why the promotion game has come to an impasse in and most other cities for that matter.

By Heidi Klotzman of HeidnSeek Entertainment (I say largely & not completely because there are always exceptions. I cheer on good peeps that succeed and last.) *Some other veteran promos & I were chatting about how nightlife has changed over the years. We probably couldn’t accomplish the...

Original article on how to be single but not thirsty, written by Kleen contributor Danny Diamond. If you're single this is a must read!

By Danny Diamond Okay, let me see if I can find a way to say this so that people understand and don’t take offense (which seems inevitable anyways). I am free. I value myself too much to give myself to just anybody, to intertwine my life with just anybody, or to have to be at the mercy of just...

Great day at the today! 1,100+ people on a cold rainy morning running for kids in foster care. Plus we got to see our babe in lights!!

What Are You Doing Here? The 10 Signs You’re Too Old To Be In The Club | Kleen Radio

We get it. Everyone loves to go out and have a blast — popping bottles in a club, surrounded by a good group of people, can be a great time. However, there comes a point in your life when you just no longer fit in with the crowd. There is a reason everyone else looks twice as young as you and...

KLEEN Barbers is committed to providing nothing less than a couture cut tailored to fit your specific grooming needs every time.

Wanna have a blast running with hundreds of other people in their Halloween costumes for a great cause?

Last weekend for the Maryland Renaissance Festival! Did anyone out there make it this year? The weather looks to be beautiful Saturday and Sunday Purchase your tickets online now before we sellout ~> http://www.rennfest.com/tickets

KidsPeace in partnership with the Baltimore Orioles and Angela and Buck Showalter invite you to run or walk for kids in foster care. Enjoy a great course and finish on the field with the Oriole Bird! Dress up in your favorite Halloween costume (or as your favorite Oriole) and enjoy a fun post-race party. Fantastic gift certificates will be presented for top runners and age group winners. Under Armour race shirts will be available for the first 700 registered runners and walkers. All proceeds benefit KidsPeace Foster Care and Community Programs of Maryland and Washington D.C. For information, to volunteer or to become a sponsor, please contact Gina Seyfried (410)964-9329 or [email protected].

What a wonderful gesture!

The Star Apartments on Los Angeles’ Skid Row, seen here during construction in 2013, will provide permanent housing to 102 homeless people and the county agency that works to end homelessness Los Angeles’ Skid Row has been home to thousands of homeless Angelenos for decades, but downtown...

Such a great example of "paying it forward"

strong>An Iowa couple’s kind gesture is going viral. Makenzie Schultz posted to Facebook over the weekend about the bad service she and her husband experienced at a restaurant. “Took 20 minutes to get water, 40 minutes for an appetizer and over an hour for our entrée. People all around us...

Like and/or share this post for your chance to win 2 race entries to KidsPeace Trick-or-Trot 5K/1 Mile Walk Presented by OneMain Financial Saturday November 1st at Camden Yards! The winner will be chosen randomly at 5pm tomorrow evening and contacted via this post to claim their prize.

Don't want to leave your entry up to chance? Register online now: http://bit.ly/Funnest5k

10 Reasons Why Baltimore Should Be Your Next Weekend Getaway http://buff.ly/1porRTU

Ridgefield Farm and Orchard: Your Farm Experience For Every Season! http://buff.ly/1poroRv

Join us this Sunday September 28th at Chesterwood Park for BACKYARD BBQ!! There will be a bake off, egg toss, flag football, lots of food and the game!! Open to all, so INVITE YOUR FRIENDS AND FAMILY For more information, contact [email protected] or 443.632.4104.
Join the FB event here: http://on.fb.me/1qOWKXI
We hope to see you!!

Bring Shockwave Records into the new age of music

PLEASE GIVE and/or SHARE! Help save indie record store Shockwave Records and support all around local do-gooder Vince Anderson by giving to this cause. A $15 donation gets you a $20 gift card ...! If you can't give, please Share and spread the word. Thanks! https://www.indiegogo.com/projects/save-the-shockwave-empire

Every city has a tourist trap but it’s safe to say that none are as fun at Baltimore’s Inner Harbor. It’s one of those rare places that’s equally great for kids and adults. It’s close to great neighborhoods, awesome attractions and has some killer sunsets. Bonus: it’s also super fun...

Ridgefield Farm and Orchard: Your Farm Experience For Every Season | Kleen Radio

Nothing puts you in the Fall spirit like flower and apple picking a corn maze and pumpkin patch!

NOT YOUR AVERAGE FARMERS A professor and a man who makes his living in advertising. Not exactly a description of your average farmers. However, Dr. Scott Beard and Alan Gibson have been the proud owners of Ridgefield Farm and Orchard in Harpers Ferry since 2003, and they love it. Well, most of...

Be the first to know and let us send you an email when KLEEN RADIO posts news and promotions. Your email address will not be used for any other purpose, and you can unsubscribe at any time.

Send a message to KLEEN RADIO:

Other Media/News Companies in Baltimore

It is with GREAT Pleasure and Excitement that we announce the signing of the band Rendered Heartless to our company Diminished Pitch Entertainment. We have just sent you by EMAIL the songs "Mirror Wall" and "The Under Belly Of The Snake" which are cleared by the band to be used by you and your radio station. We are excited to sign this Hard Driving and melodic hard rock and metal band from Southern Texas. We are glad that they are allowing us to help them rise to the "next level". As they have been a fixture in the Texas rock and metal scene they will undoubtedly do the same on the world music scene.

Check them out and show them some love by liking their page and inviting your friends to do the same.

Here is the Youtube Link to their song "Mirror Wall":

We are excited to have just submitted by email the BRAND NEW songs "In Too Deep" and "RISE" by the band New Day Dawn from their Upcoming Album - "SHINE"- Due Out in April.

Here is their song, also in the same album , "The Broken".

We have just submitted by email the BRAND NEW song by From Ashes To New from their Upcoming Album - The Future - Due Out On April 20th - "Crazy".

Here is the From Ashes To New Youtube Lyric Video "Crazy":

Other Media/News Companies in Baltimore (show all)